This morning Andy and I had a plan: we'd wake up at 6:15, load the bikes and gear, then drive almost two hours to ride in Riverside, CA. That never happened. 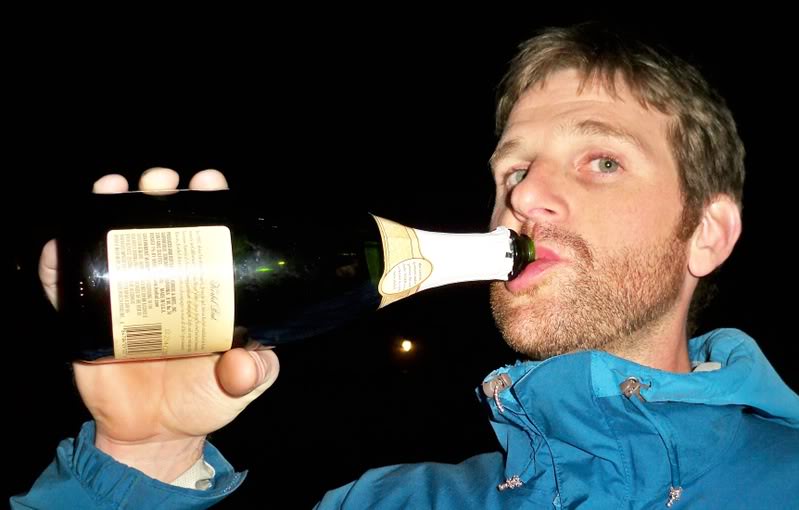 The party last night was fun. We ended up with a group of about twenty on the beach. There seemed to be about two bottles of champagne per person because I ended up with several in my hands. It was a great celebration of the year to come, but not likely a good way to prepare for an epic ride. I rose around 10am and Andy and I walked the dogs to Twiggs, grabbed a cup of coffee and a bagel, watched Trailer Park Boys [the movie], and then headed to ride Anderson Truck Trail in Alpine, CA.

The trail is only about twenty minutes from downtown San Diego and it's a stellar ride. It can be ridden as a loop, but for the most part it's an out-and-back with some killer downhill. There are jumps and wall rides on the way down too. We didn't have enough light left in the day to get all the way to the top of the World Cup downhill, but did get about halfway up. That section was a blast and we're planning on going back this weekend to get a full run [or two] in. 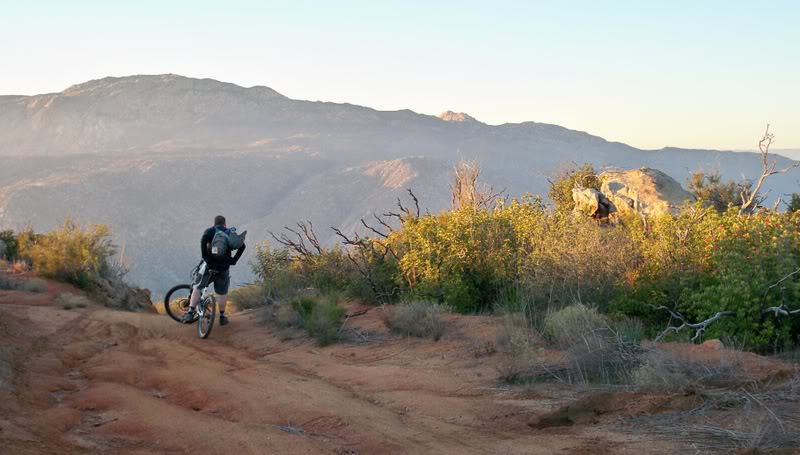 Posted by Dennis Throckmorton at 9:11 PM