On Friday morning, the plan was to ride the motorcycle to work with the mountain bike on the back, then head toward Roanoke once the work day was over. Unfortunately, I clipped the rear derailleur on my way out of the backyard and SNAP - the carbon fiber chainstay broke at the dropout! 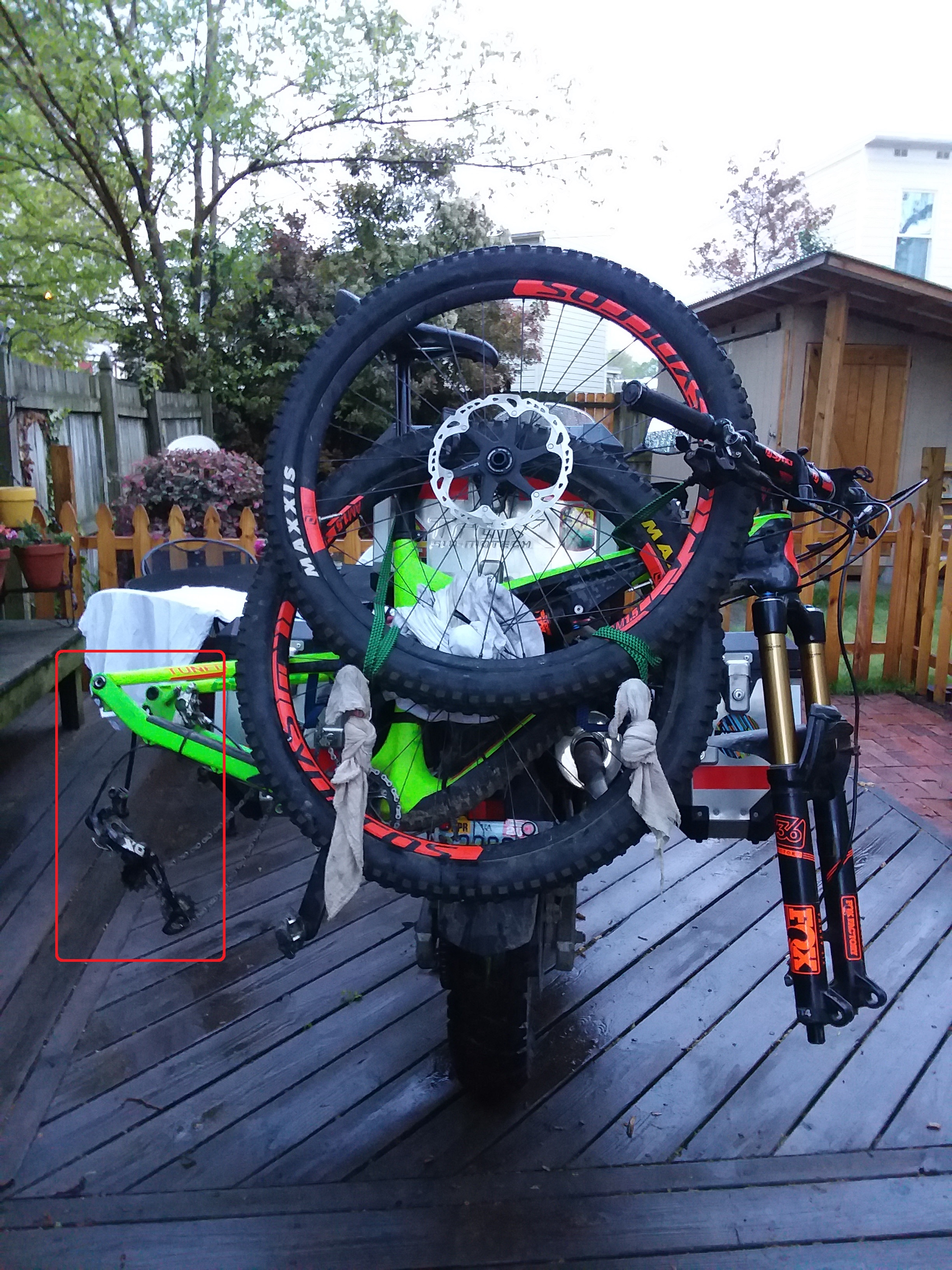 It was a dreadful feeling, and most certainly a disaster for the weekend I had planned.

I rolled the motorcycle back into the yard and drove the car to work, fuming the whole way there. I called the shop I'd been working with for SCOTT parts and asked them to track down a chainstay. As I learned in the past, the best way to get results is to find the nearest pizza joint to the shop or manufacturer, then call them with the news that you're paying for their lunch. As expected, this method worked well for me, as the shop found the single last remaining [color-matched] chainstay in Europe. They placed the order and told me to expect it within two weeks. Their shop is in Bedford, PA, so I'll plan on swinging by there on my way to the DirtFest in May.

Back to the weekend at hand...I had one more trick up my sleeve. I made a call to my local GIANT sales rep and asked if he had a demo bike I could borrow for the trip. He was in Raleigh, NC at the time, but obliged by giving me the code to his backyard shed, where I could find an Anthem SL. Hooray! The weekend was saved! 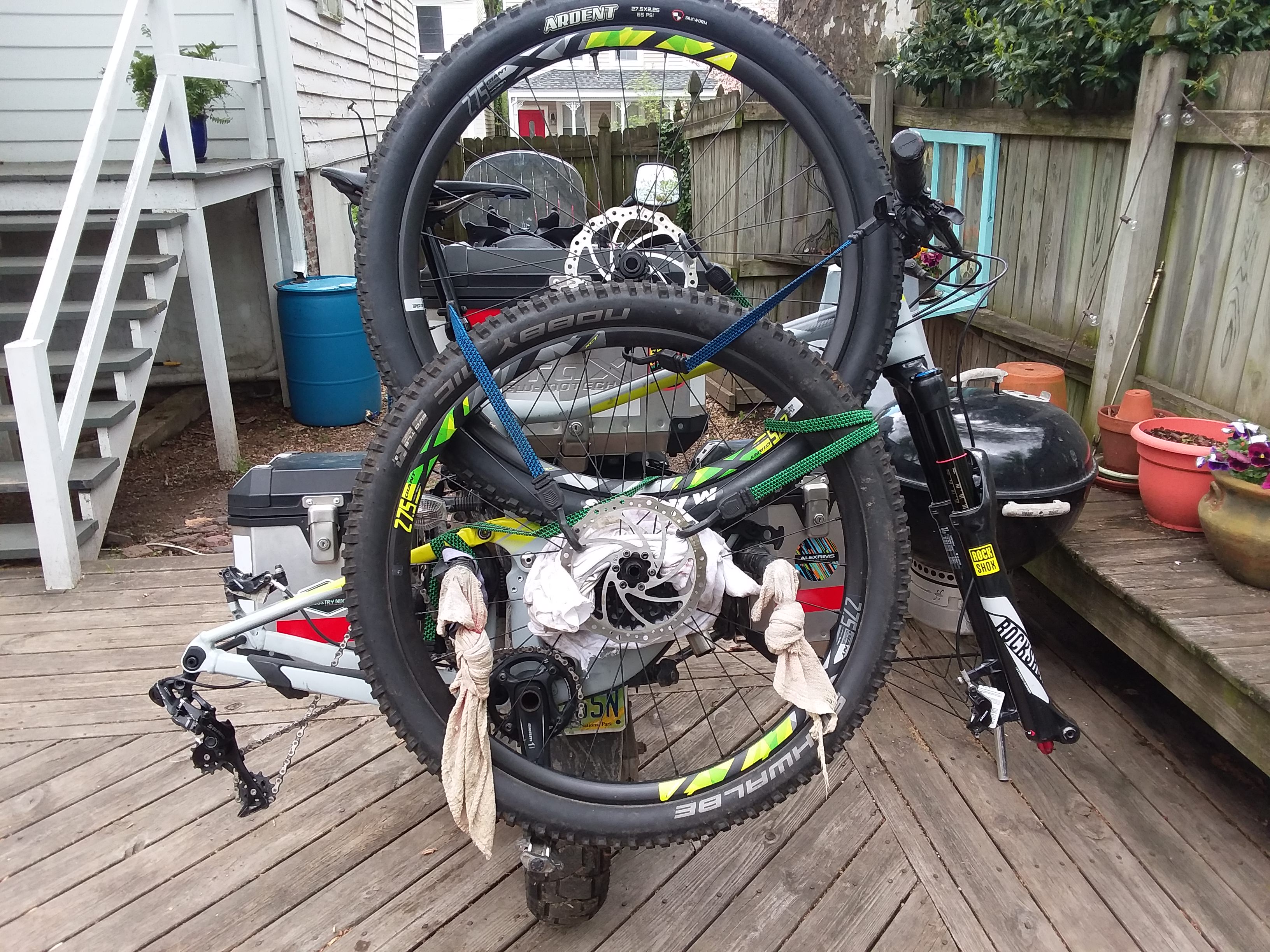 I quickly swapped the demo bike for my broken Scott and headed west. My first stop was Liberty University's SnowFlex Center. Due to the late start, I made the ride there fairly short, although I did get one pass on The Playground. 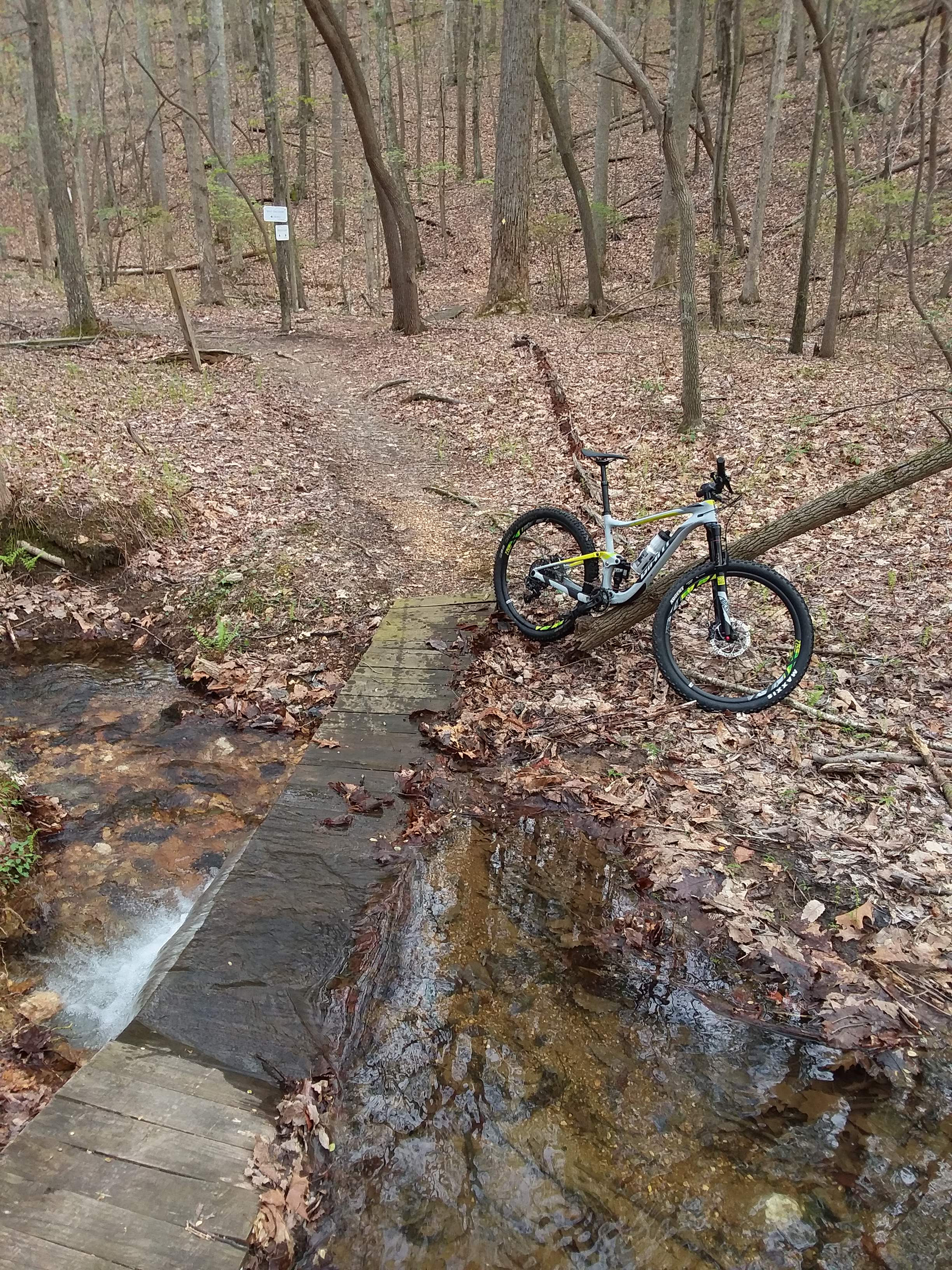 I finished the remainder of the ride to Roanoke just before dawn. Once there, I met with my friend Scott and his son Alec. We had dinner and hung out before crashing for the night.

The next morning I rose early and headed to Carvin's Cove to meet my friend Dave. He moved to Bent Mountain about a year ago and has settled into the area quite well - riding nearly every day and competing in XC endurance races throughout the season. 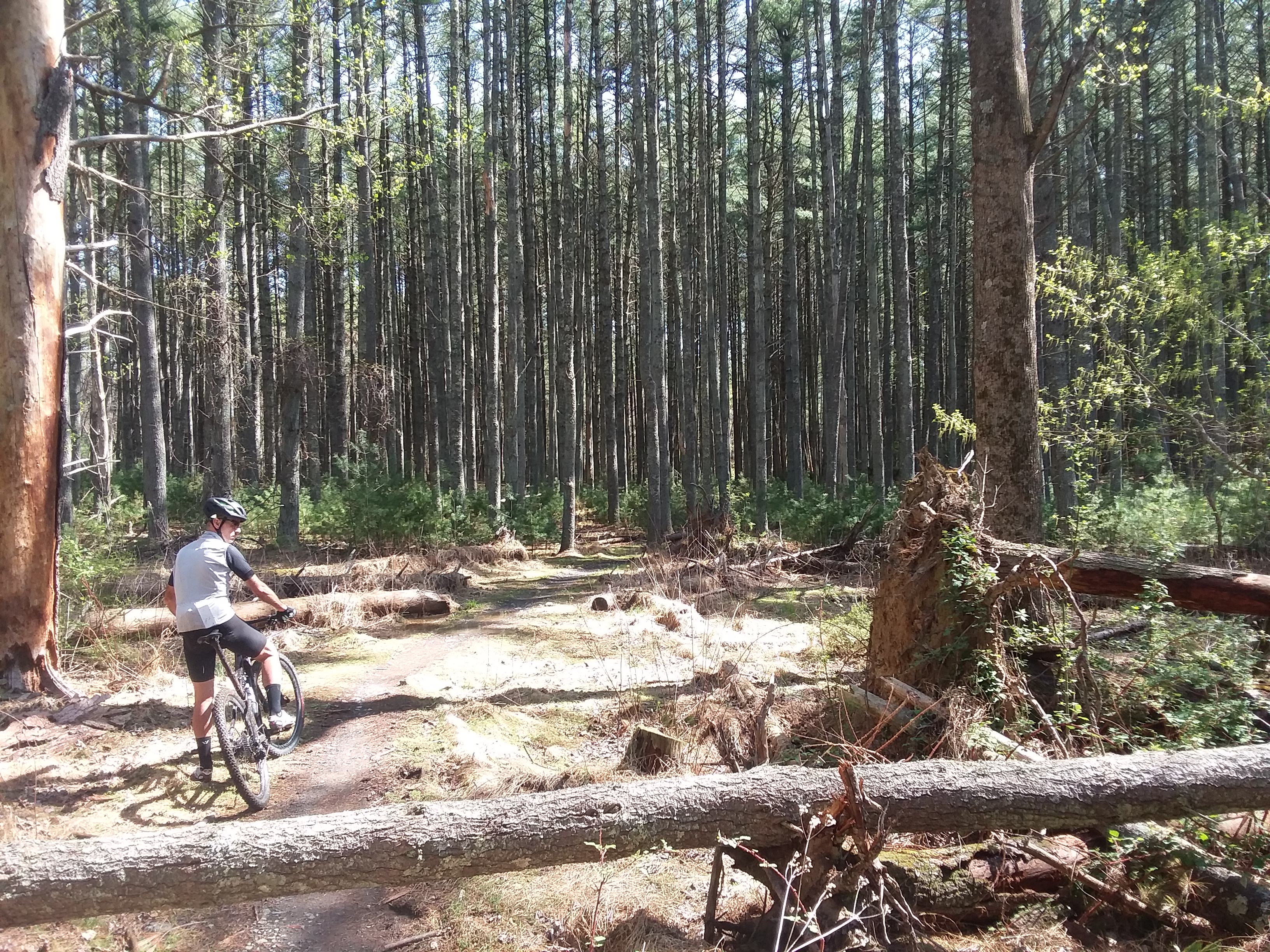 Dave led the ride, taking us through a rather complete tour of the trail network. 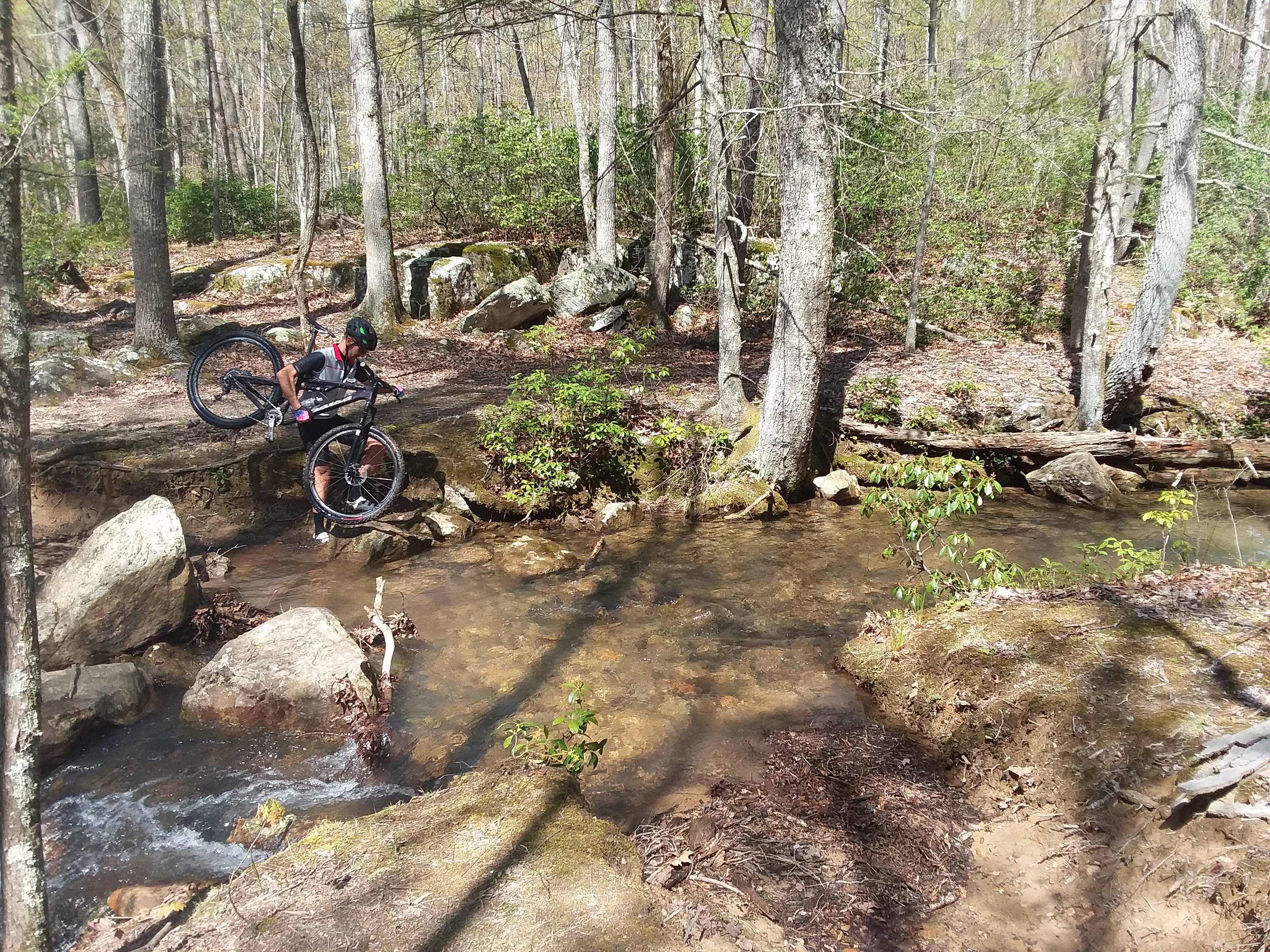 Eventually, though, I wore out - partially due to the stock saddle on the demo bike and its total lack of comfort. Dave led us on one last climb before a phenomenal descent of The Trough. 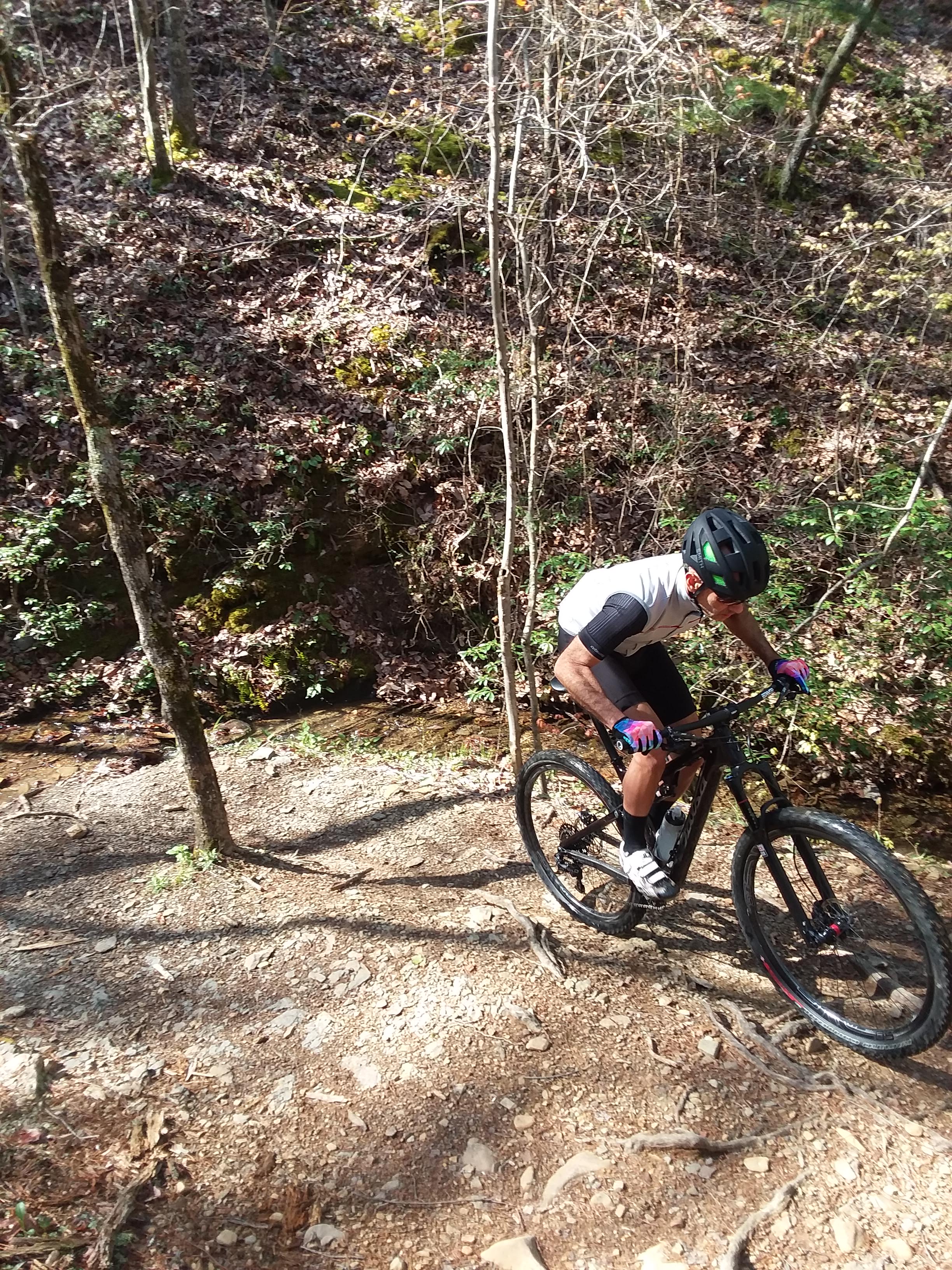 After the ride, I returned to Scott's house. He borrowed Alec's Kawasaki Ninja and rode with me to Peaks of Otter (via the Blue Ridge Parkway). 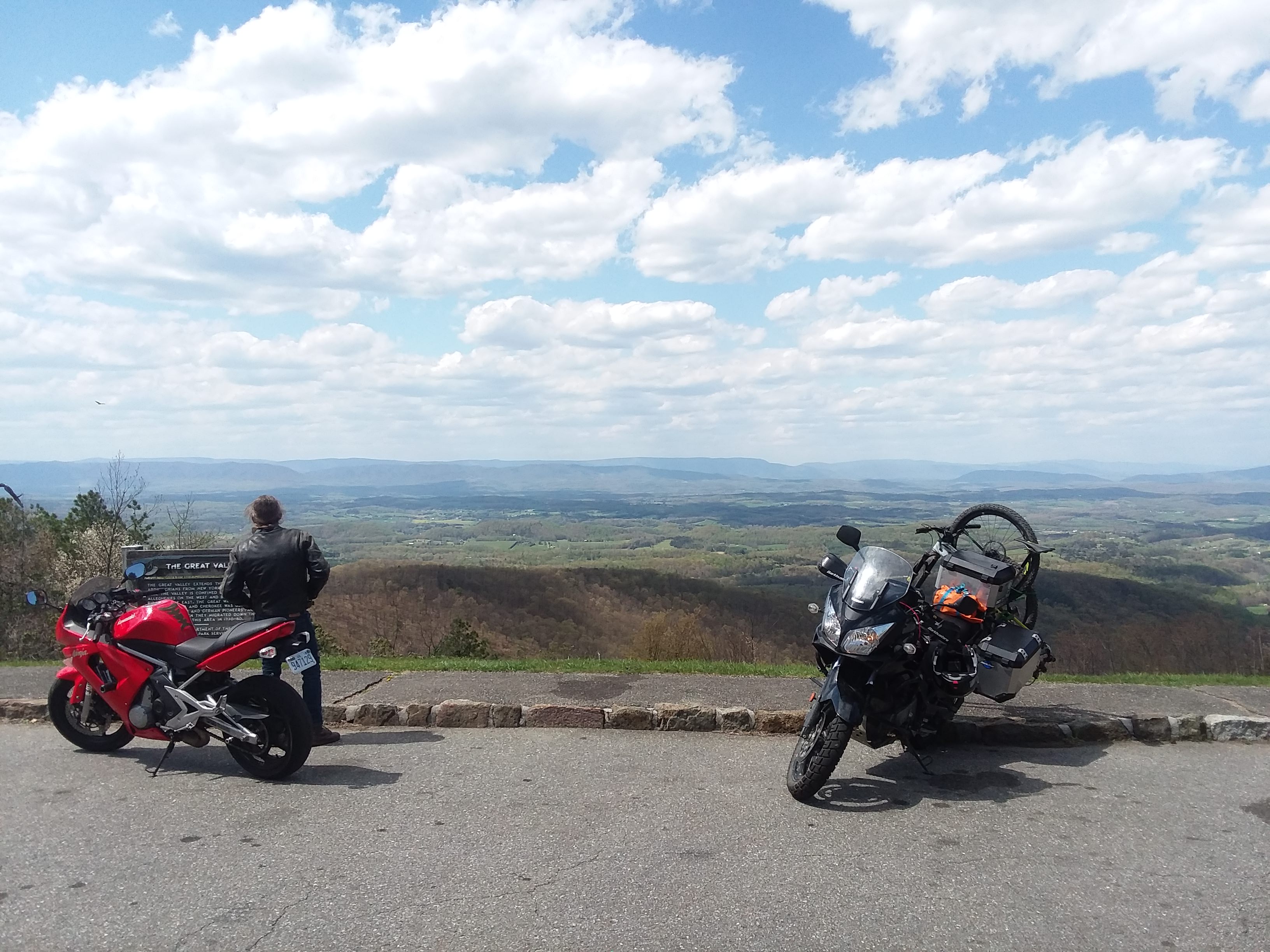 We shared lunch there, then parted ways as I continued north along the Blue Ridge Parkway to Route 60. It's the first time I've taken that route to Roanoke, but it will certainly be my go-to from now on. 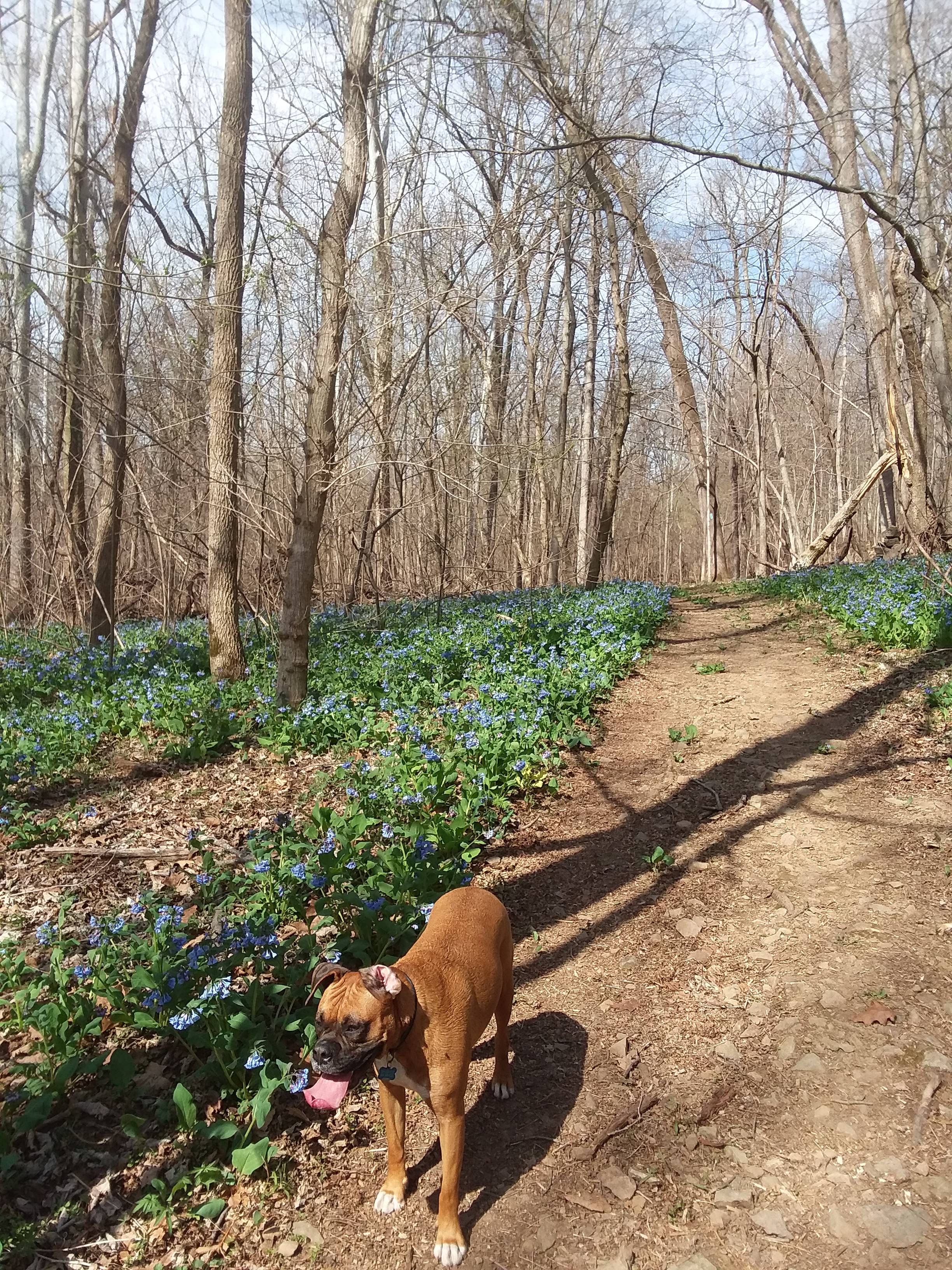 Rebecca and I visited her hometown of Winchester, VA this weekend and had a chance to ride at Shenandoah University's Cool Spring Campus.

On our first attempt, we ended up riding the loop in the opposite direction. About a third of the way in, we decided to back-track, since we had plans to meet her brother and father for dinner that night and didn't have time to complete the full loop. 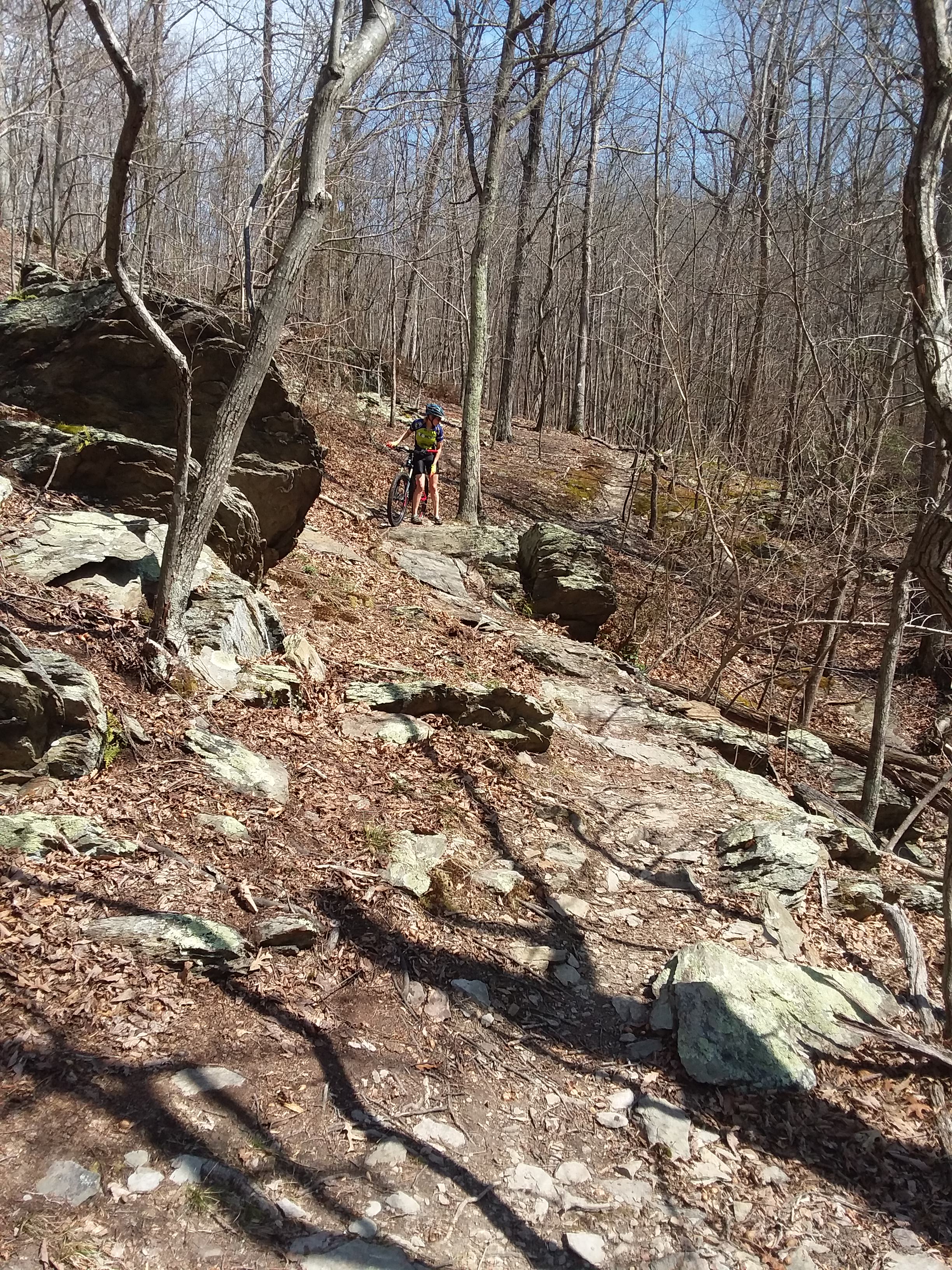 The next morning, however, I decided to return to the campus to get in the full ride before breakfast. The previous day we'd worn the dogs out and Rebecca had no issue sleeping in while I rode, so I headed to the trailhead alone to attempt the ride once again. This time I had the mtbProject app running in order to navigate the loop without issue.

It was a GRUELING climb, but honestly a bit of suffering I was content to undergo. Although the loop is relatively short (about 12 miles), its pace is slow due to the extent of steep climbs. 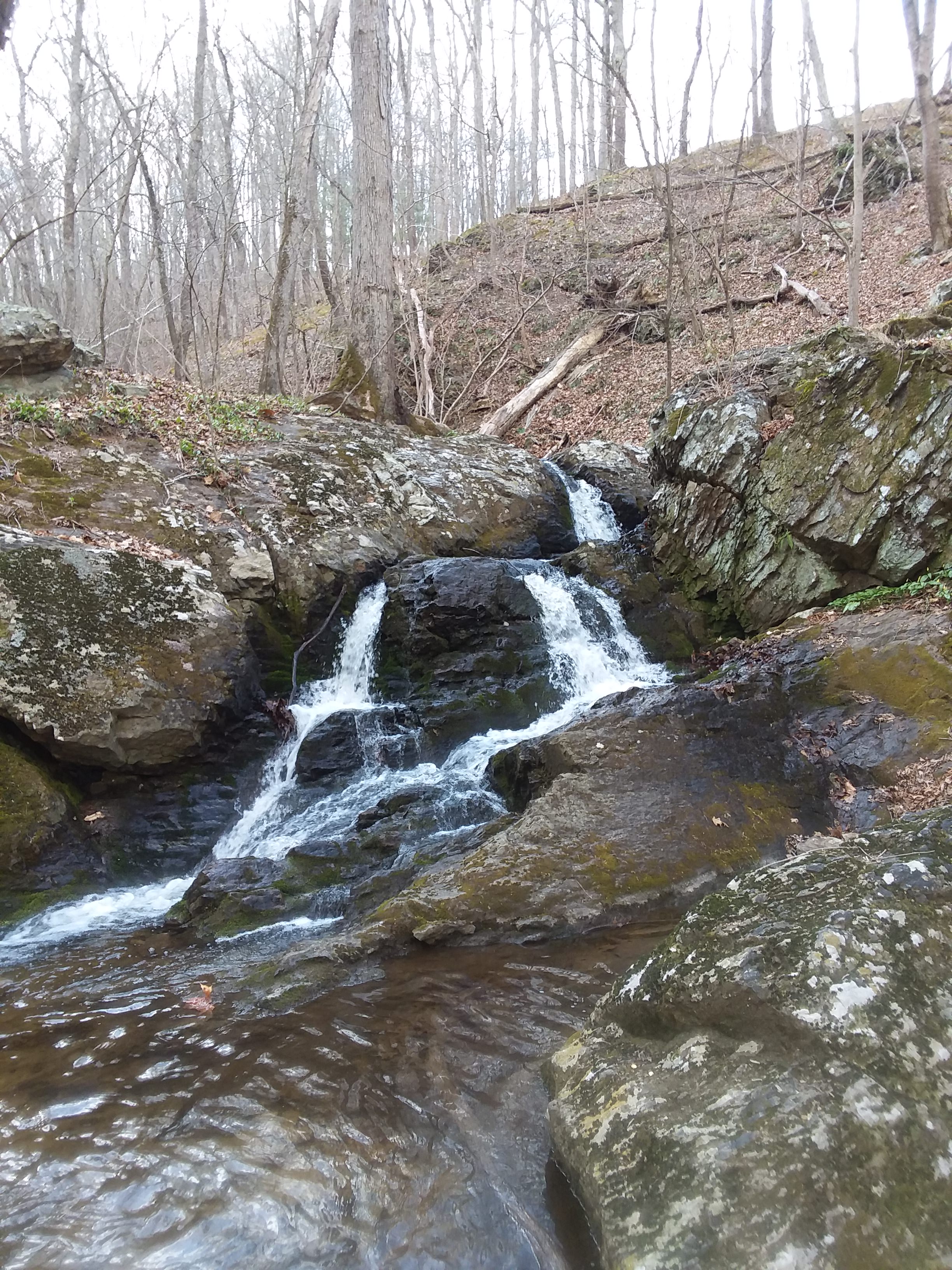 Eventually, though, it began to even out, offering technical descents and spectacular sliding corners around tight-packed trees.

I'm certainly going to revisit this trail the next time we head to Winchester and would highly recommend it to anyone in the area.