For our friend Catherine's birthday she decided to take us all on a day hike to White Oak Canyon. It was my first time there and it's definitely a new favorite.

James and I had just finished our drive from Christmas in Alabama when we rendezvous-ed with the caravan near Charlottesville. It had been a long 24 hours up to that point for James and I, but we were excited for the hike and pushed on through the lack of sleep. 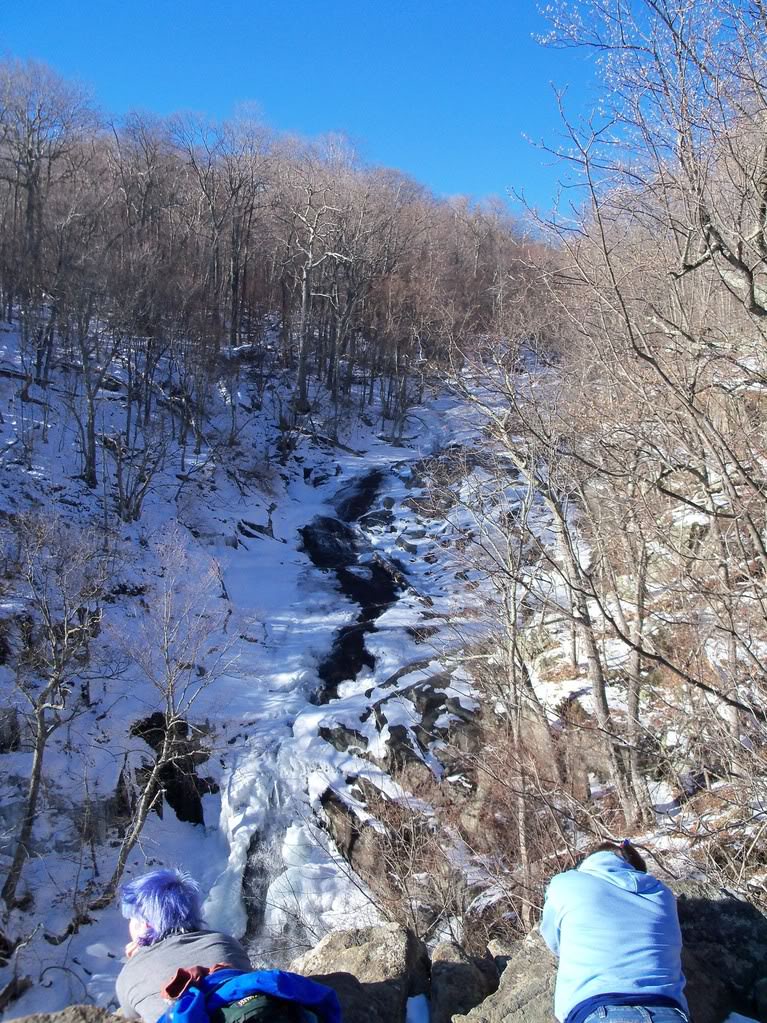 The hike was phenomenal. Beautiful views of semi-frozen waterfalls and clear sights across the Shenandoah Mountains. The air was brisk, but far from uncomfortable with the bright sun shining on our backs. 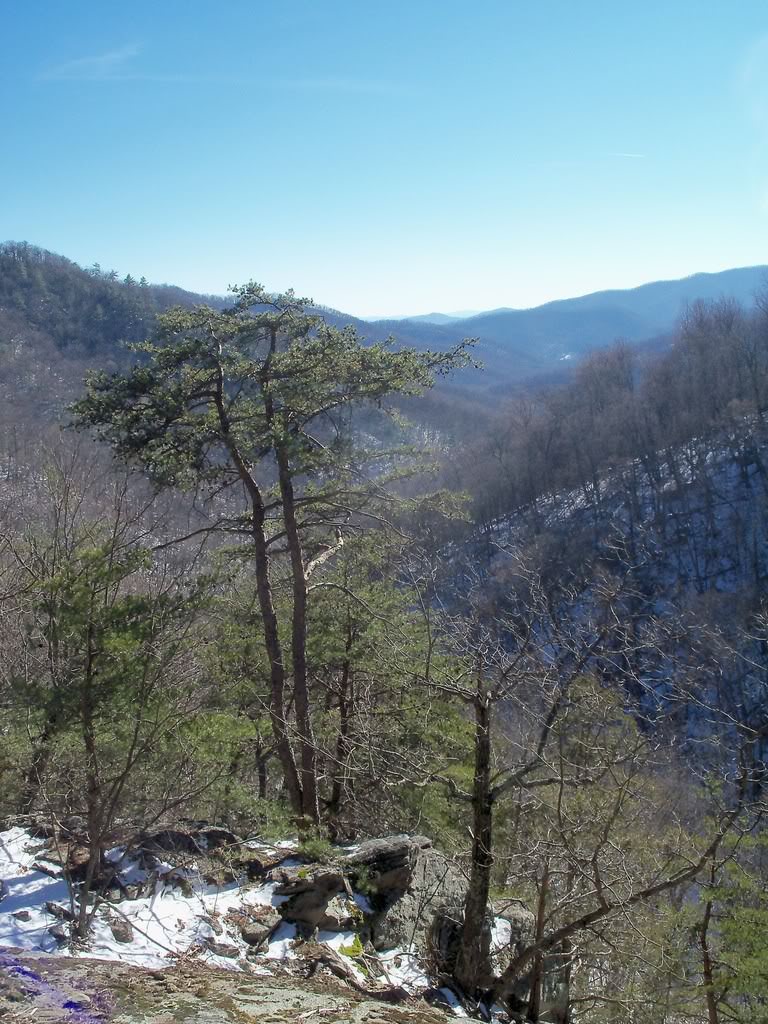 Our group of over ten hikers split off into segments as we explored the area. We even came upon a group of ice climbers just beside the trail. 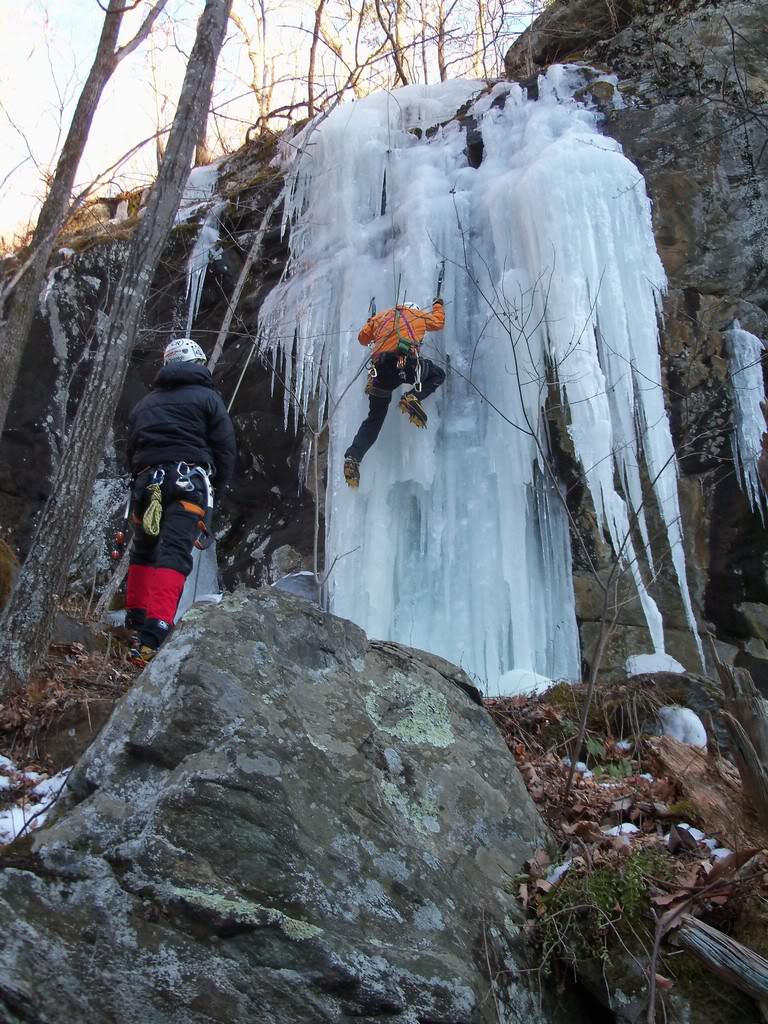 When we returned back to the parking area, Catherine's mom lit the candles on her homemade cake and we celebrated her birthday before heading homeward. When James and I reached Richmond it marked the 36-hour mark. With only a handful of hours of sleep between the two of us, we crashed at our respective homes as soon as humanly possible. 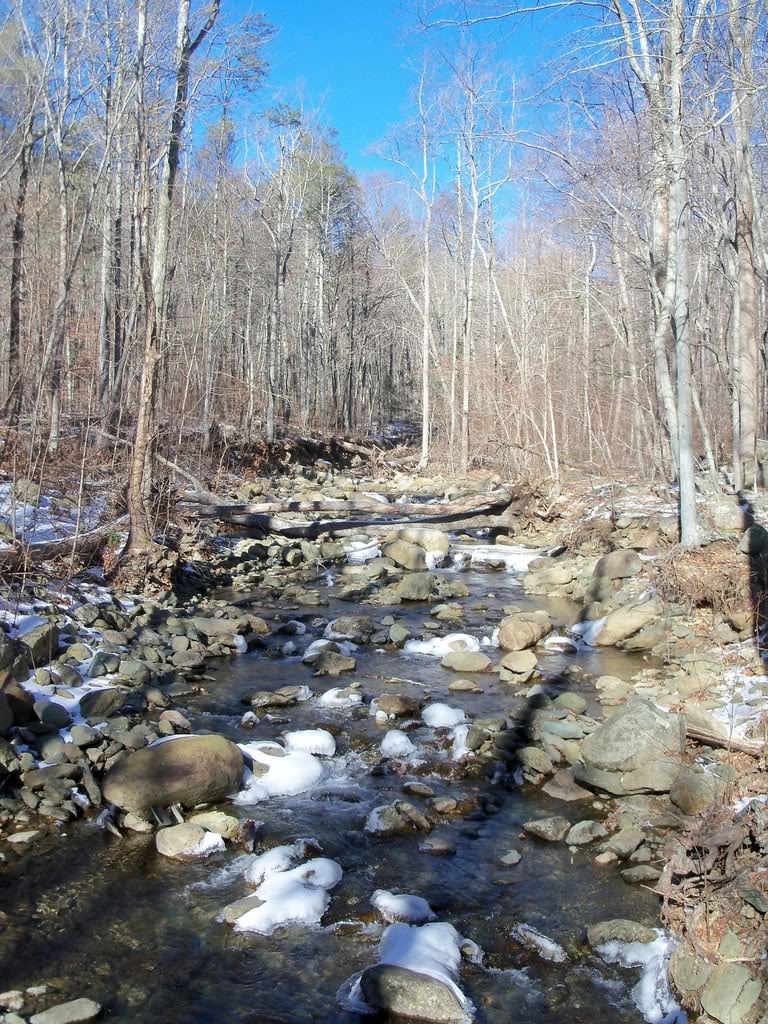 Posted by Dennis Throckmorton at 3:34 PM No comments: 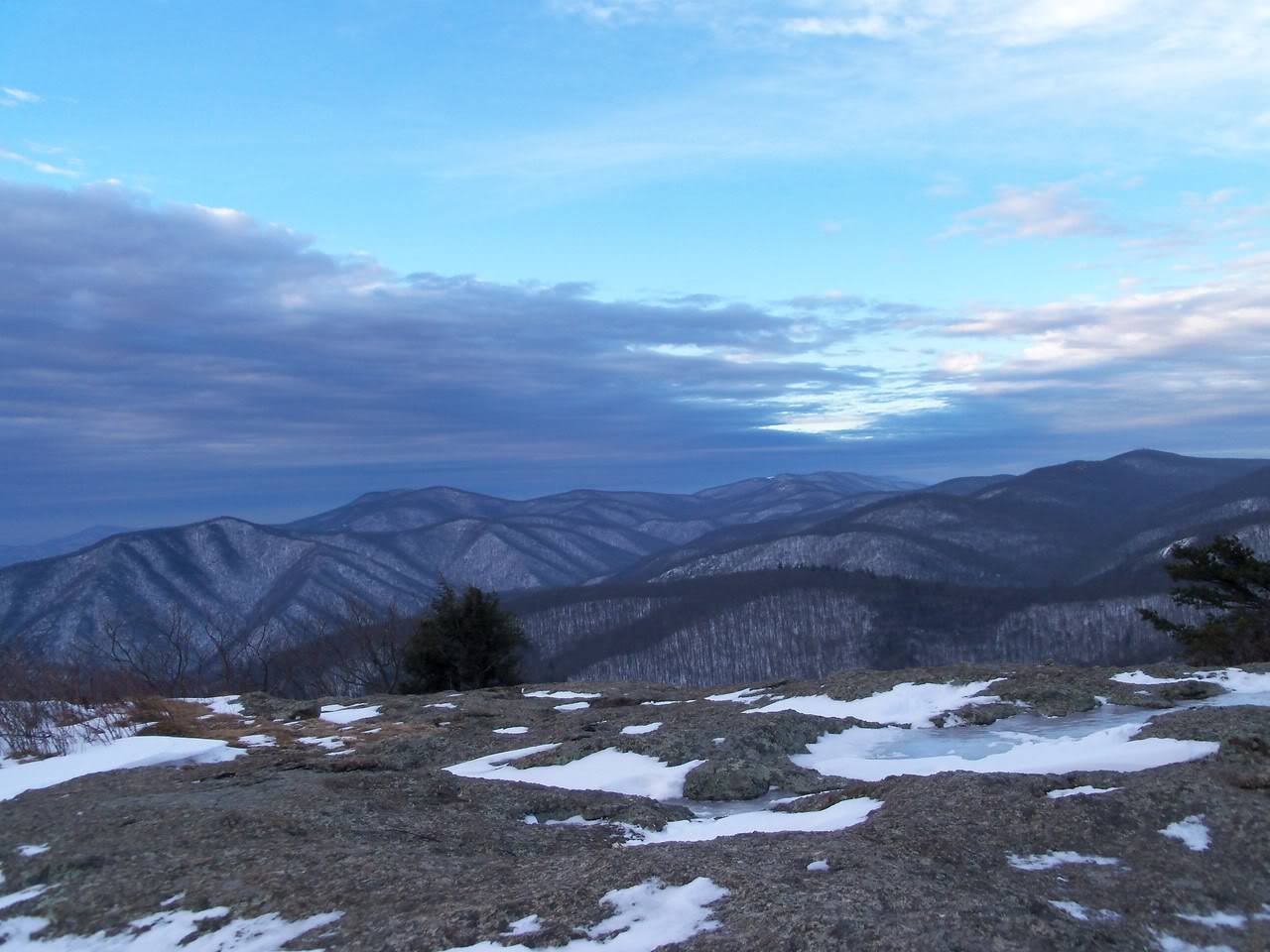 Weekday trips are tough to pull off. For this most recent trip Jeremy, Ellis, John, Tim, and Brian headed out on Monday morning. The rest of our crew, Peter and myself, set out early Tuesday morning - 3am to be exact. 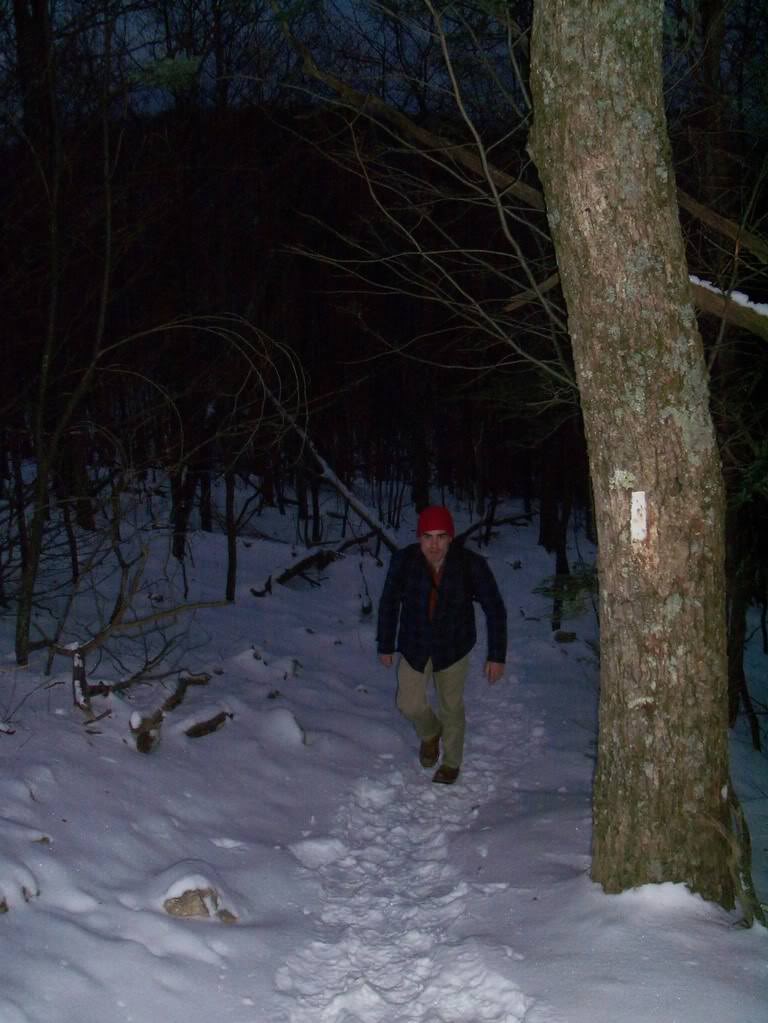 When Peter and I arrived the sky was still pitch dark. We made our way up the snowy fire road to the trailhead (which we missed by 100 yards at first), and up to the summit at Spy Rock. When we reached the top the sun was just peeking through the trees and we could see the single tent housing our five friends. They were packed tight, bracing against the bitter cold.

We decided to sneak up on them and play with them in their sleepy state-of-mind. After that we worked on re-establishing their fire from the previous night. The wind was unrelenting and their previous fire was not large enough to counteract the cold air - evidenced by the iceblock of beef stew sitting upon the dead fire. 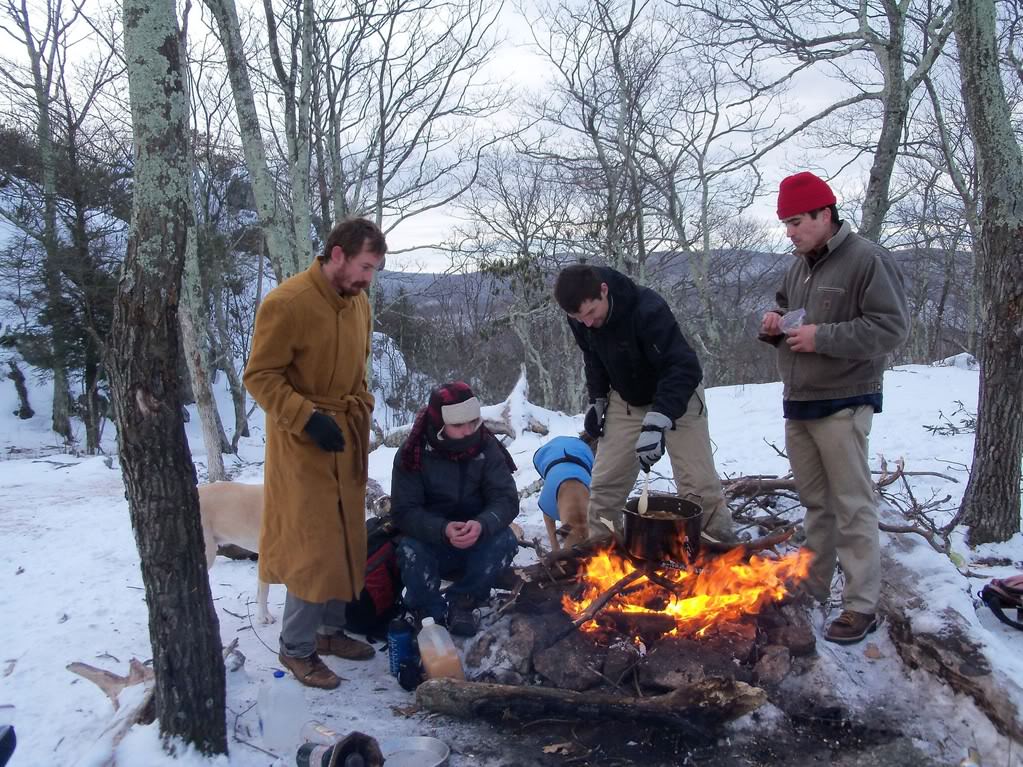 After a few minutes we had a respectable blaze and we began thawing out the stew. Eventually our shivering buds left the tent to assemble around the fire and share stories of the previous day at camp. We finished the stew and decided to explore the rock, climbing up ice and stone to the top. Tim had "drunkenly discovered" a slide on his way down from the rock, so we played on that for a bit before packing up camp and heading back to the cars. 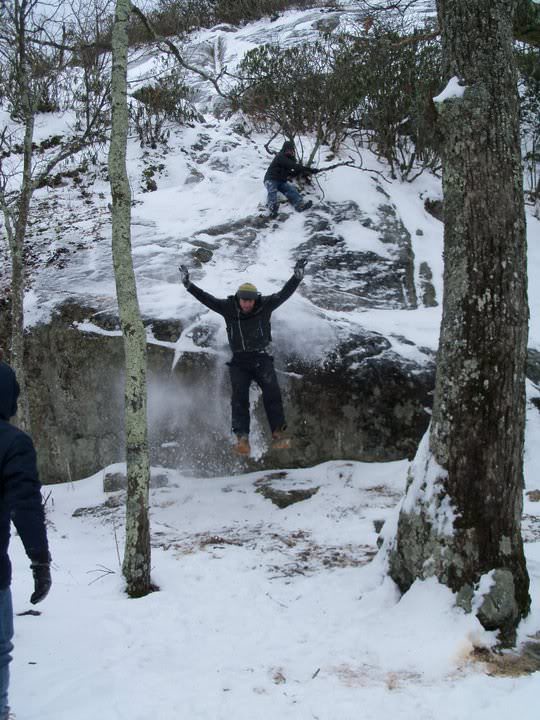 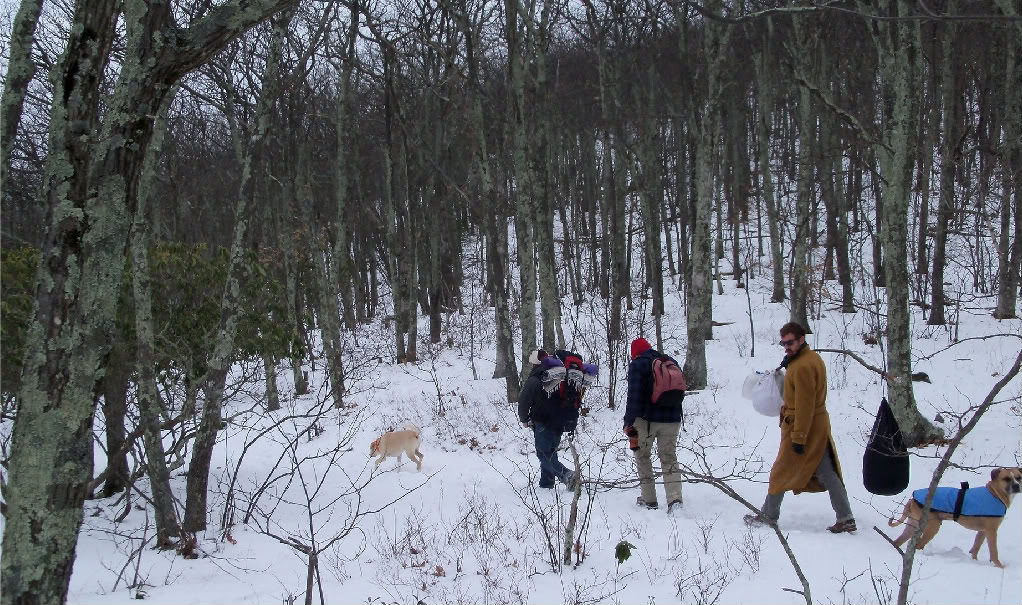 One stop at Boylan Heights for a delicious burger (I chose the Varsity burger) and a brew, followed by a quick jaunt back to Richmond wrapped up our daytrip.
Posted by Dennis Throckmorton at 12:43 PM 1 comment: