When I asked a few friends if they'd like to come wakeboarding Saturday morning I failed to mention the other activities of the day. I didn't really know what to expect and figured wakeboarding by itself was plenty anyway. When we reached the diascund reservoir, though, the day's events were pretty clear to see. There was a game of Cornhole, a rope for tug-of-war, some kind of rope toss game, Bocce, and beer...plenty of beer. We basically spent the entire day playing games, wakeboarding, and chilling real hard. Dave and Adrian's team won second place for the day, so we even got to bring home a trophy.
Posted by Dennis Throckmorton at 10:10 AM No comments:

This pretty much sums it up: 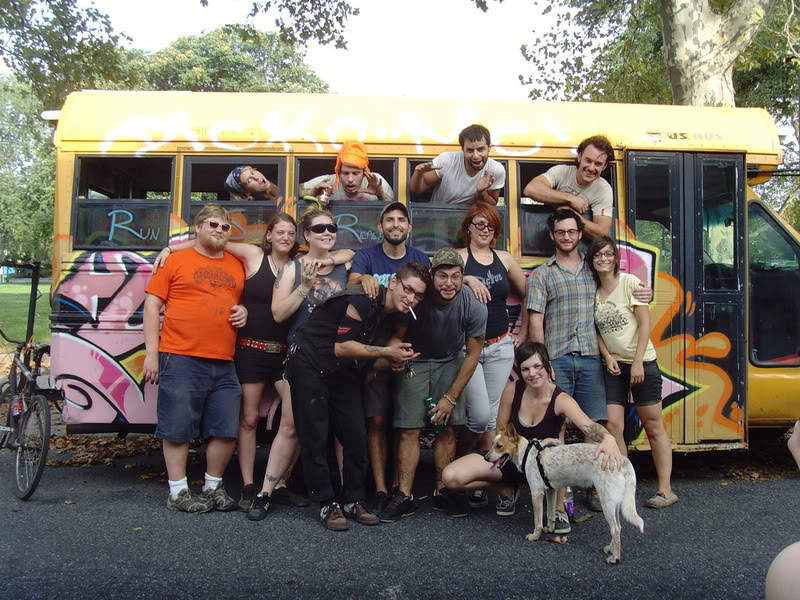 Nine Richmond Cutthroats (and friends) went to the Philadelphia Cutthroats' event. Mayhem ensued. Some highlights (kind of): the bus got a shitty tag painted on it immediately, there was a drive-by shooting on the block, we got to see Skidz one last time before he left for Australia, the bus didn't break down, I won $14 playing footdown, and every second of the event was awesome!
Posted by Dennis Throckmorton at 3:32 PM No comments: 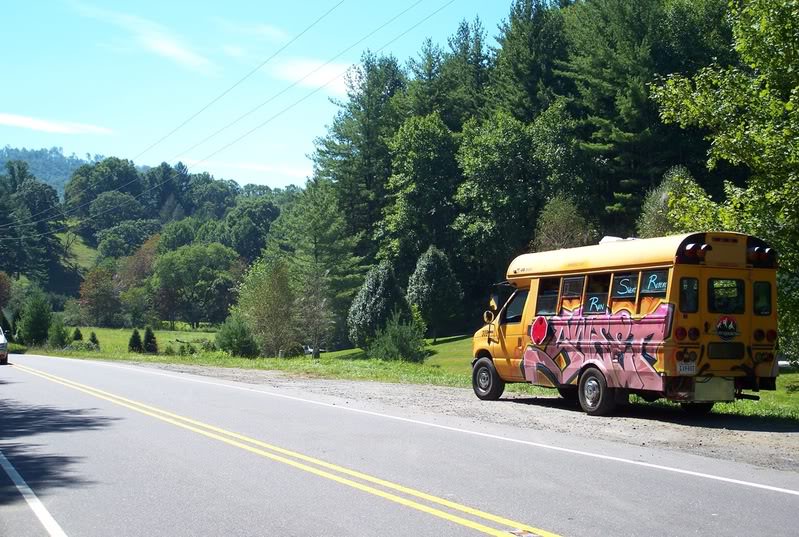 A relay race spanning 208 miles and lasting over 30 hours. Yes, a relay race. Like, you know, on foot!

I met half of this team Thursday afternoon as we drove to Grayson Highlands State Park. The next morning I woke up and rolled out of my sleeping bag to meet the rest of the 12-person team. They seemed pretty normal - straight-laced and reasonable - but proved to be nothing of the sort. I witnessed these running junkies make their way up some harrowing country roads and nearly 40 degree climbs. I even got the chance to test out my new bike on some of the steep downhills, flying past runners suffering their way to the bottom. I had a great time and will definitely be there next year as a shuttle-bus driver as long as my schedule allows.
Posted by Dennis Throckmorton at 3:04 PM No comments:

The Shenandoah 100 mountain bike race is a tough one to finish. Last year I threw in the towel at the fourth aid station (somewhere around 45 miles). This year, however, I was determined to finish. I pulled in a time of 11:31:52 with three flats and a comfortable pace. Three other teammates of mine also completed the race. Jason Hopkins came in at 11:32:58. Roger Sattler finished with a time of 11:51:39. Joe Fish blew us away, though, with a time of 9:41:19!

The best part about this year's race was the bus and its crew. In past years I've just driven with other racers, but this time we brought along three guests (and my dog), which was perfect for the three-day weekend. The event was huge this year with over 550 riders and having some friends to share the event with was great.
Posted by Dennis Throckmorton at 2:53 PM No comments: