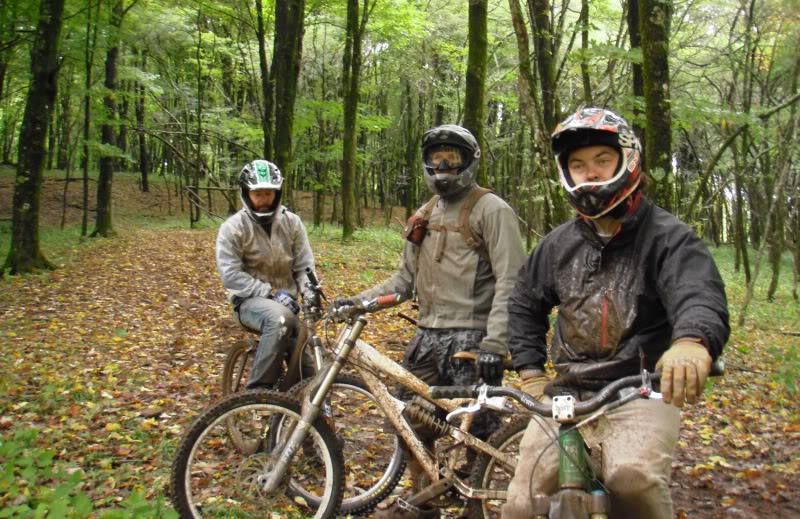 Okay, so we had some last-minute dropouts, and perhaps the nonstop rain on Saturday wasn't ideal - but we still had one hell of a weekend! 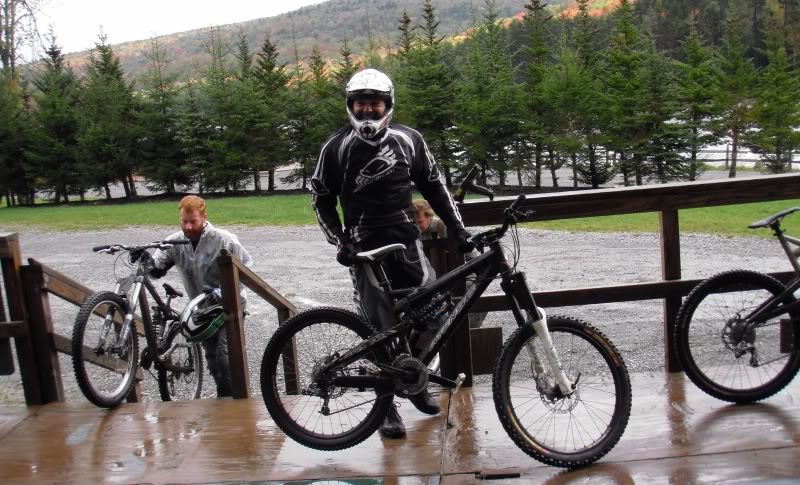 Puck, Jarrod, Joe, and Andy headed for Snowshoe on Thursday and were met by Sergio (who drove from Detroit). On Friday night Joey, Dignon, and I showed up to find the whole bunch of them waste-faced and ready to party. The weekend was looking good! 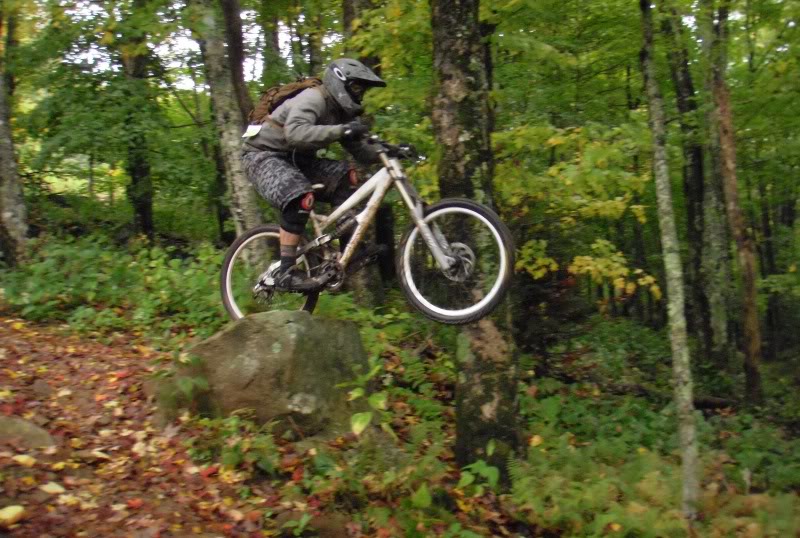 The next day we watched the rain fall while we finished off the rest of the beer in the cooler. Eventually a few of us decided to get out there despite the weather. Joey, Puck, and Dignon did some four-wheeling in Joey's Jeep while we soaked up the rain and made a few runs on the mountain. 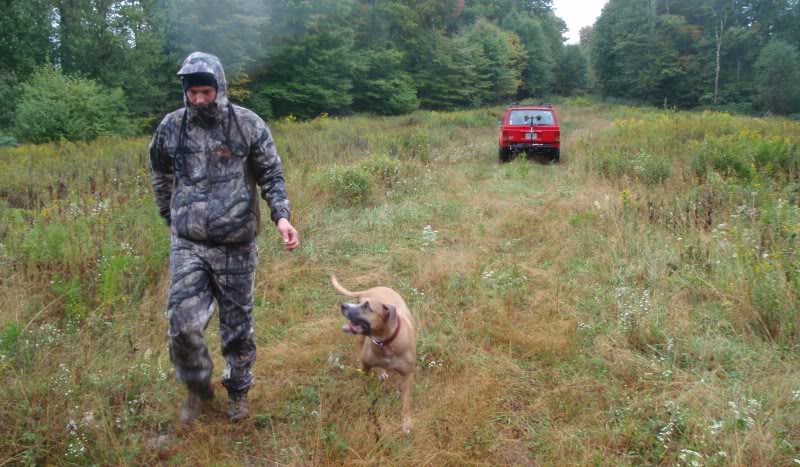 A trip to refill the cooler and a delicious dinner rounded out Saturday's festivities and the promise of less rain had us looking forward to Sunday. When we woke, the view from the porch looked poor, but by the time we'd finished breakfast the rain had stopped and only a thick fog remained. We geared up and headed out into the muddy, wonderful woods. The riding was phenomenal! Slippery and wet, but absolutely fun at the same time. Sunday's riding definitely made up for the constant rain earlier. Even with the inclement weather, hanging out in the condo and just spending time with close friends really made this trip great. 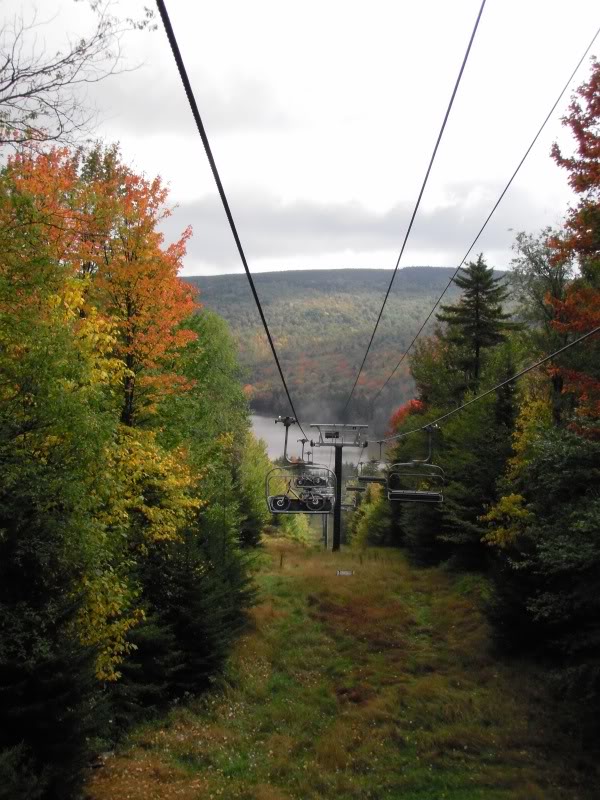 Posted by Dennis Throckmorton at 1:50 PM No comments: Links to this post

Sean and I headed for Diablo Friday night and arrived at the Wawayanda camp site around 3am. In the light rain we quickly set up our tents and headed to sleep. Bright and early the next morning we were woken up by a fellow camper - apparently we had set up our tents in his site and we'd need to move. With just over four hours of sleep, this may have been a blessing in disguise, since I doubt we would have rolled out of our tents any earlier. 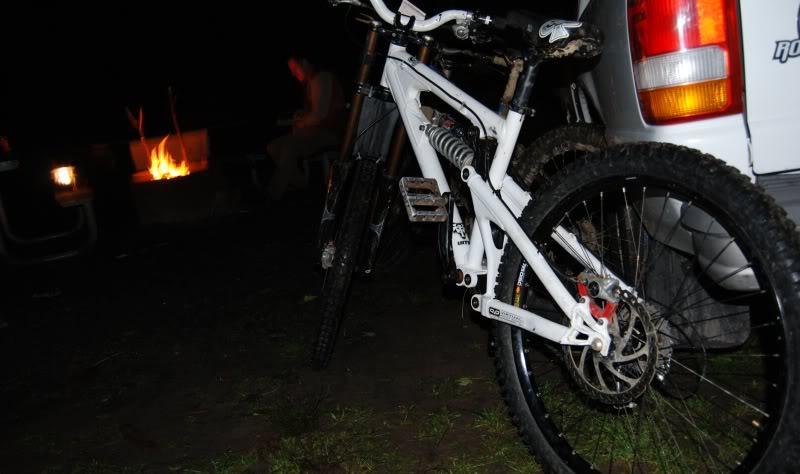 After a quick stop at Dunkin Donuts and a second to look over the bikes, we were on the lift and headed to the top of the mountain. We made some warm-up laps first, then headed to the race course to see what we had to look forward to on Sunday. The course was interesting. Some sections that we've seen before, but one new area that looked very challenging. It was a large slab of rock with several exit lines that seemed to offer plenty of room for individual routes. We walked the obstacle and then I hiked back up to give it a try. It wasn't super tricky to navigate, but misplacing a tire meant falling off one of the elevated rocks that made up the "fast line."

The rain continued all day on Saturday, so we came back to Sean's truck often to dry off and rest. The weather report for Sunday was promising, so we decided to leave some of our practice runs for then.

On the way back to our campsite, Sean and I noticed a drive-in theater playing Inglorious Basterds. After drying most of our damp gear over the campfire, we returned to the drive-in to catch a flick. 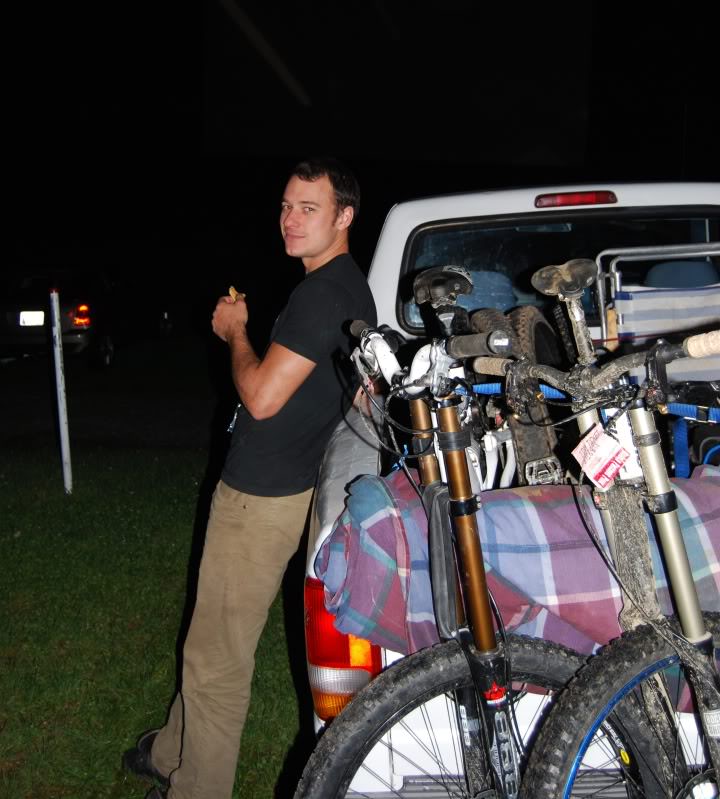 The next day was a vast improvement on Saturday's weather. The sun came out and dried the course to an ideally grippy consistency. We took a few practice runs and then headed to the top for our individual starts. The course felt great - fast as hell. I did get a bit greedy though, coming into the rock slab way too fast I slid to the side of the course and had to walk around the slab since I'd blown past my entry point. Even with that mistake I snuck by with a second place finish. 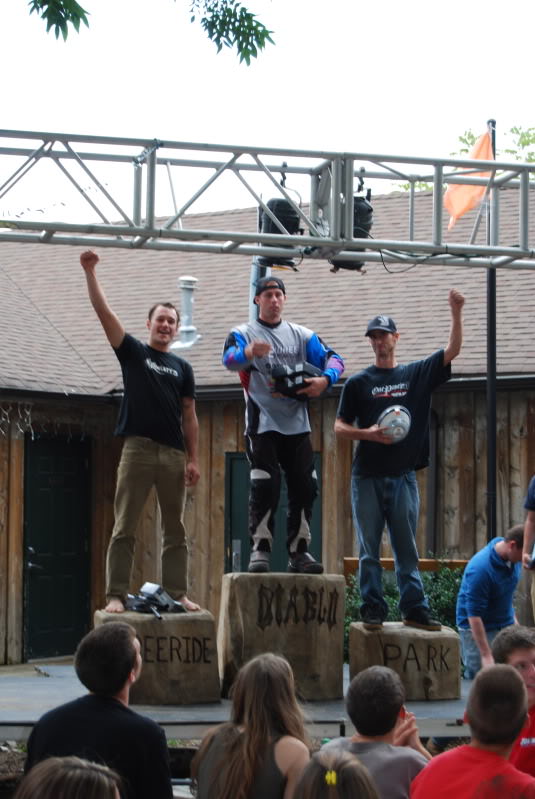 Sean had a rough time in that section too. He cleared the slab, but his front wheel became stuck in the following rock garden. It ejected him immediately and he landed hard on his shoulder, elbow, and thigh. At first he tried to hop back on the bike to ride out, but he could barely lift his bike with the bruised shoulder, so he was forced to walk out off course and down the remainder of the mountain.

Despite our falls, the weekend was still a blast overall. There's just one more race left for the Diablo Gravity Series, then it's time to prepare for an even bigger season in 2010.
Posted by Dennis Throckmorton at 1:26 PM No comments: Links to this post