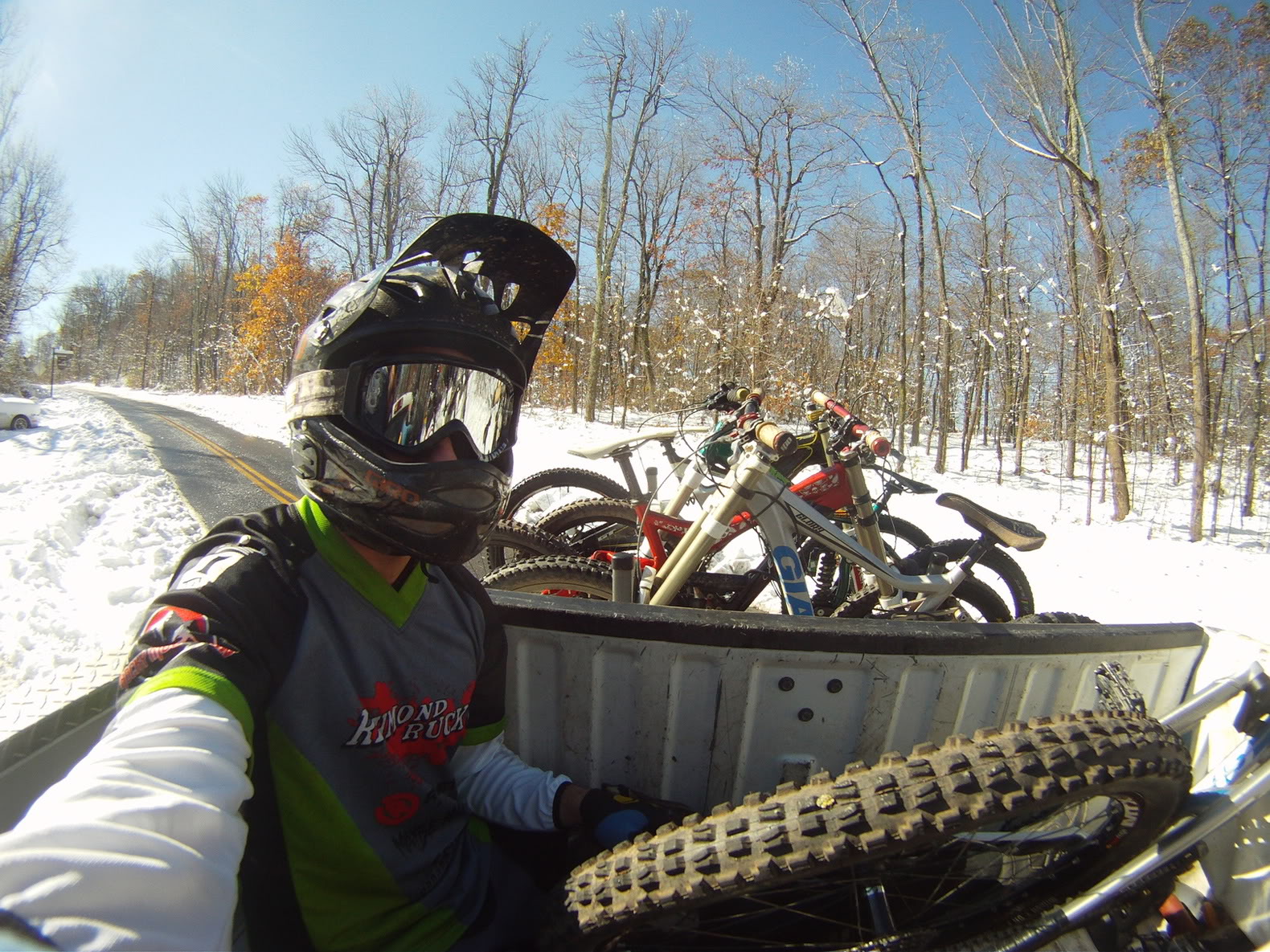 I write this post "from the future" and let me say, this winter was one of the mildest we've had in years. Certainly not what I'd have expected given this snow in November... 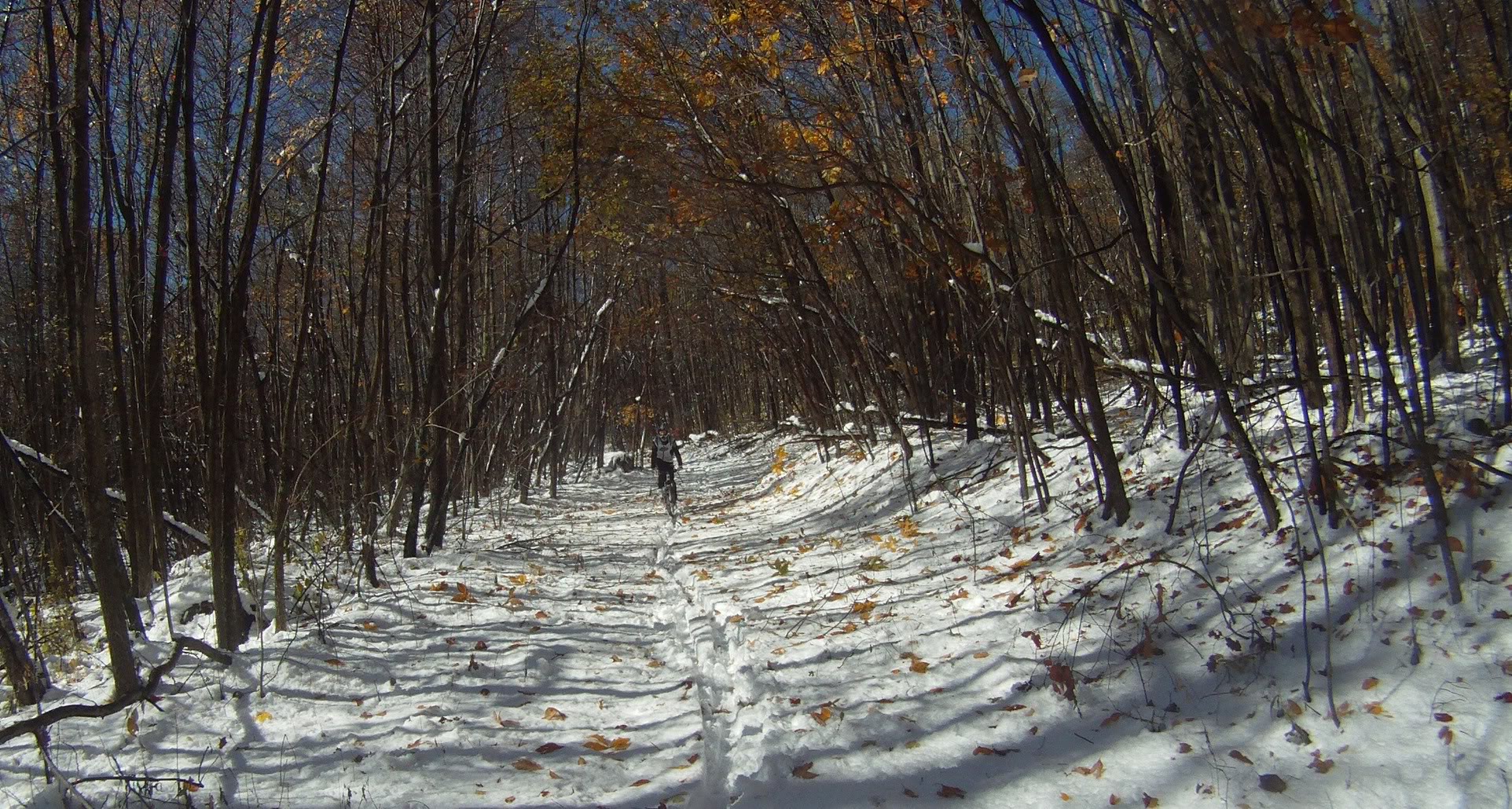 Posted by Dennis Throckmorton at 10:00 PM No comments: 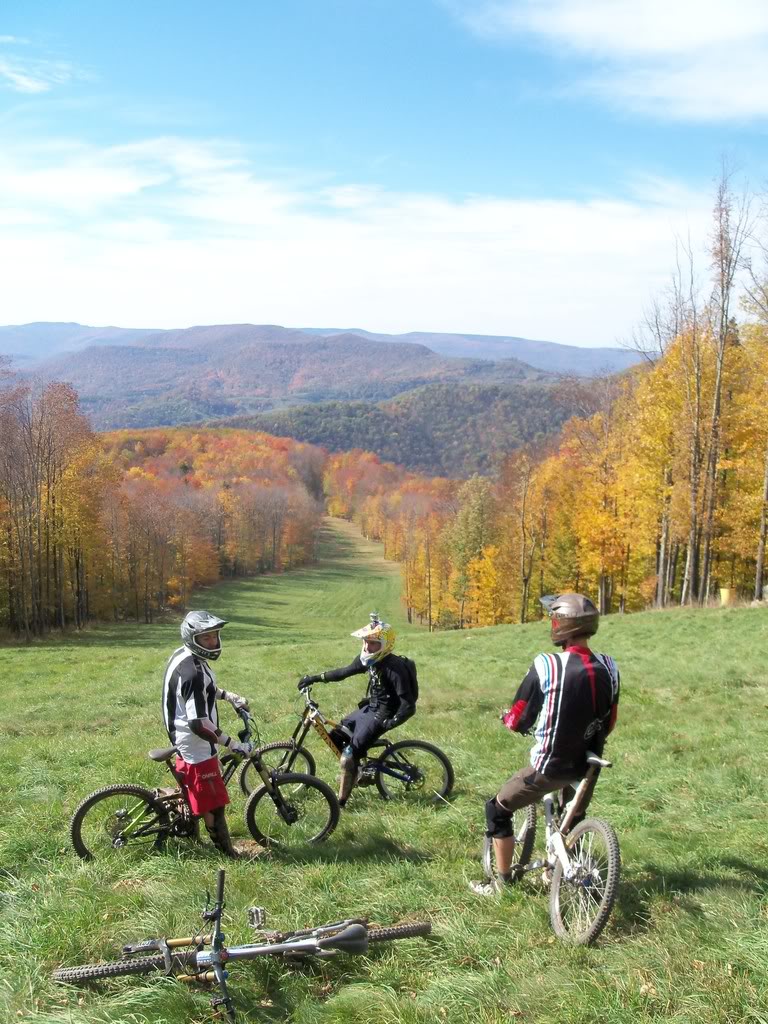 This past weekend was Snowshoe's final weekend of summer operation. Now the resort will prepare for its winter season. It was a good chance to get out on the bike and say goodbye to another good summer of riding.

The bus had seven passengers for this trip [including two dogs] and we were met at the resort by Jarrod for Saturday's ride. The weather was phenomenal and the Fall colors were in full force.

We had a bit of mechanical difficulty when Krister's xLOC broke, which is designed to default to "lockout" on the front fork (a MAJOR design flaw, Rockshox!). It was a major pain in the ass, but he kept a smile on his face and rode the trails despite the hand-numbing vibrations and lack of suspension.

We finished up the trip with a quick dip in the Greenbriar River and a few scoops of ice cream in Cass, WV before heading home.

Posted by Dennis Throckmorton at 8:07 AM No comments: