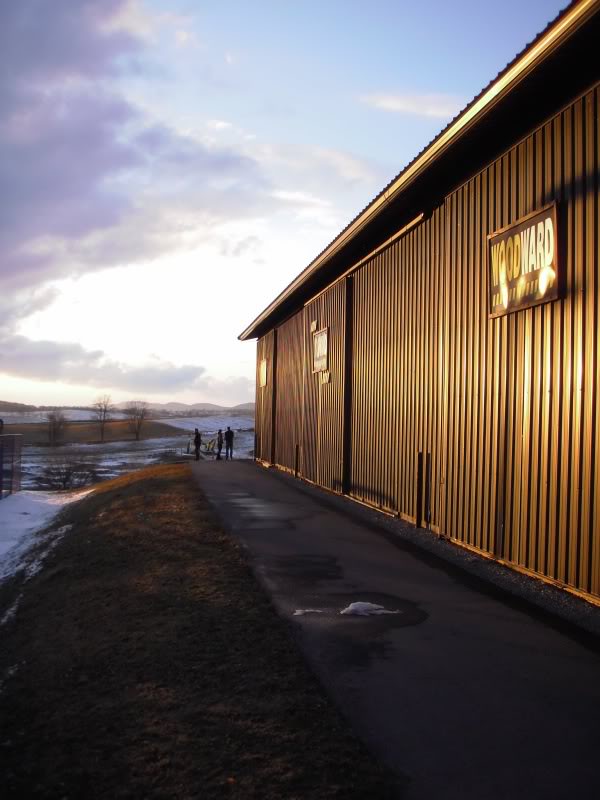 After a couple of months of downtime, we had an excellent opportunity to ride this weekend. My friend Nick's sister works at Woodward camp in Pennsylvania. Her husband rides BMX and builds ramps for a living too. 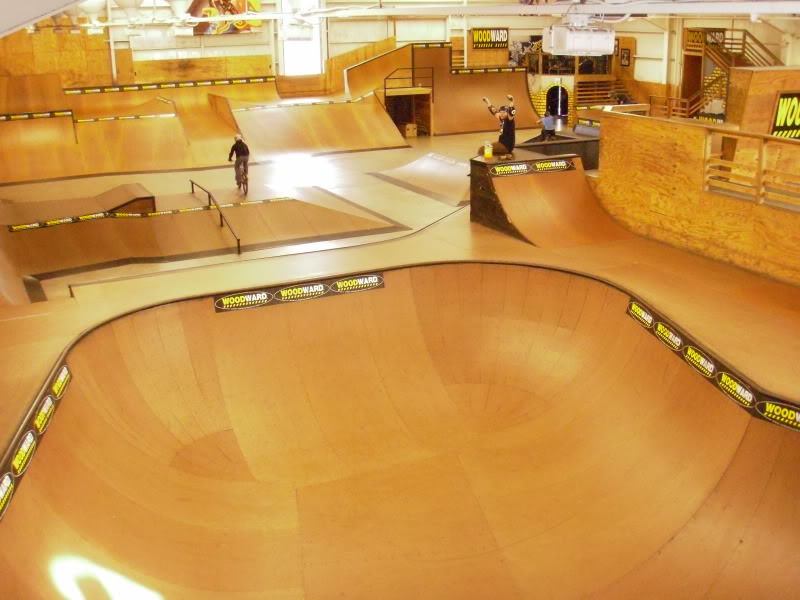 Following another "interesting" New Year's celebration, we left Richmond early on New Year's Day. The highways were almost empty, so we arrived in PA by mid day. A short tour of the camp followed by a few hours of riding rounded out the day. On Saturday we woke with quite a bit more rest and headed to the park after a leisurely morning. This time we were able to explore Lot 8 and Cloud 9 a bit more thoroughly. With a heavy layer of dust on the ground due to the offseason, the floor and ramps were especially slippery, which meant that switching lines was often the most treacherous maneuver. We weren't going nuts though, since we're admittedly more amateur than the rest of the Woodward crowd. The foam pit was cool though, giving us a chance to try moves that we'd never be able to pull otherwise. Naturally we had to try a couple backflips just to get it out of our systems.

On our last day at the camp we mainly just played in the foam pit and the skate bowl. We walked the downhill BMX course which was INSANE! 30 to 50 foot gaps strewn all over the course with blind takeoffs and zero margin for error. John (Nick's brother-in-law) said that no one has really ridden the course after the X games since the jumps are so huge. I can't say that I'd disagree with that. 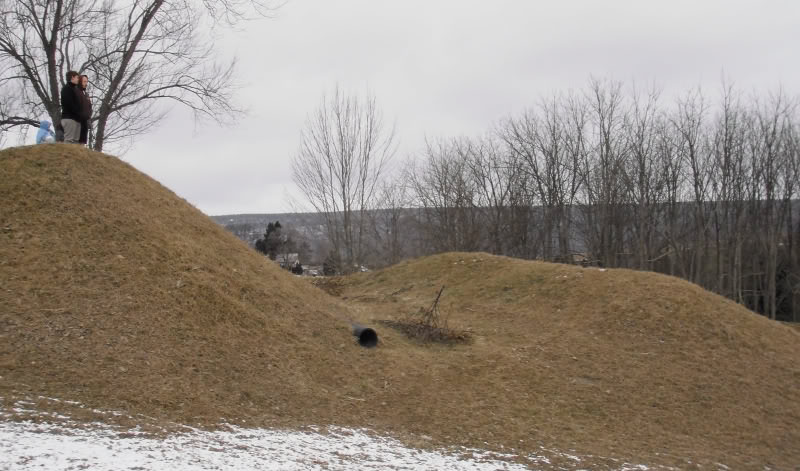 As a last goodbye to the camp, John showed us the "belt sander" - a goof move that he'd pulled once in competition just for laughs.


The trip was great. Definitely a treat to ride in a heated warehouse while the outside temperature hovers around 17 degrees. Just a few more months of hard work and preparation for the next season lie ahead. I'm certainly eager to get back on the mountain.

Posted by Dennis Throckmorton at 6:06 AM No comments: