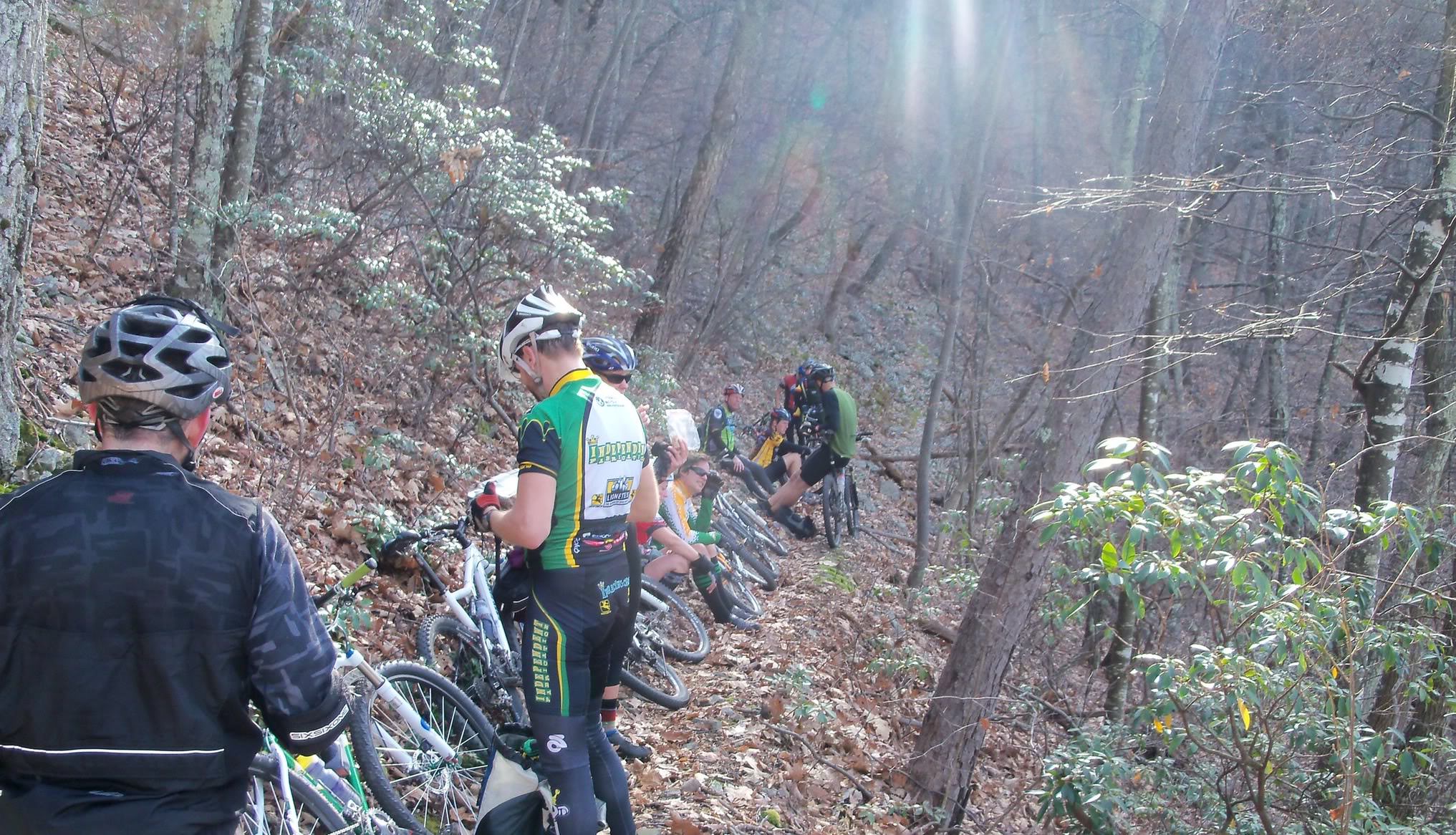 Possibly one of the ONLY times we've had TOO MANY PEOPLE for the bus! For this trip we had to slip three people in an extra car in order to carry ten bikes and the six OTHER people in the bus.

This trip was definitely a mountain bike ride, but two of my friends, Elizabeth and Jeremy, came along for the ride so that they could do a road ride while we were off in the woods. 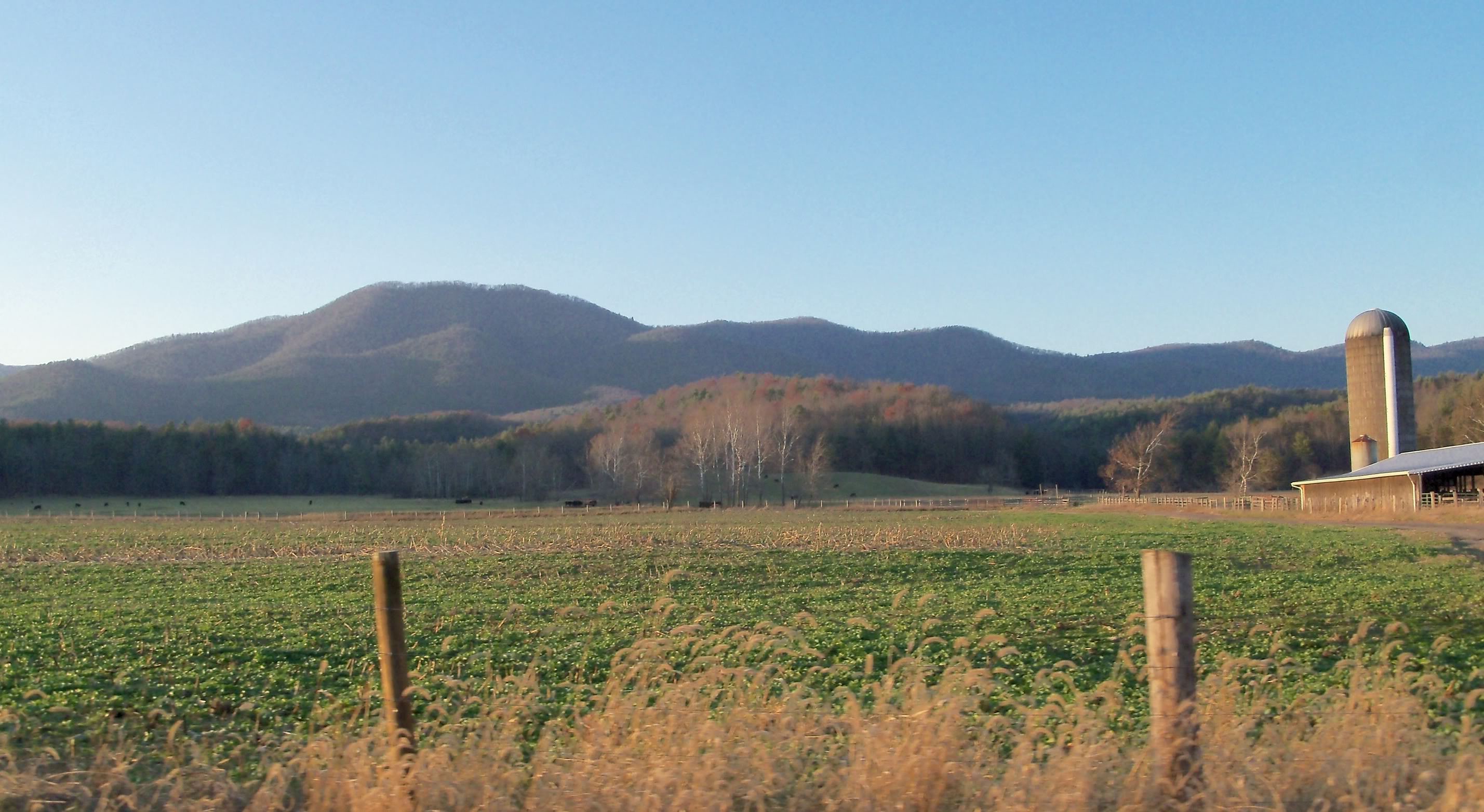 After dropping off Jeremy and Elizabeth, we headed to the trailhead for the Southern Traverse Ride. There we met a group of over twenty riders to begin our ride.

The Southern Traverse seems to be a bit more about "the climb" than the descent, which is perfect for a winter training ride. It keeps the wind speed down and body temperature up, especially during the slow-speed and extremely technical ascent.

Our ride was a certified epic, ending only minutes before nightfall. Most of us were completely spent after the ride, especially Jeremy and Elizabeth, whose ride ended HOURS before we were back in Bridgewater to pick them up - whooops! 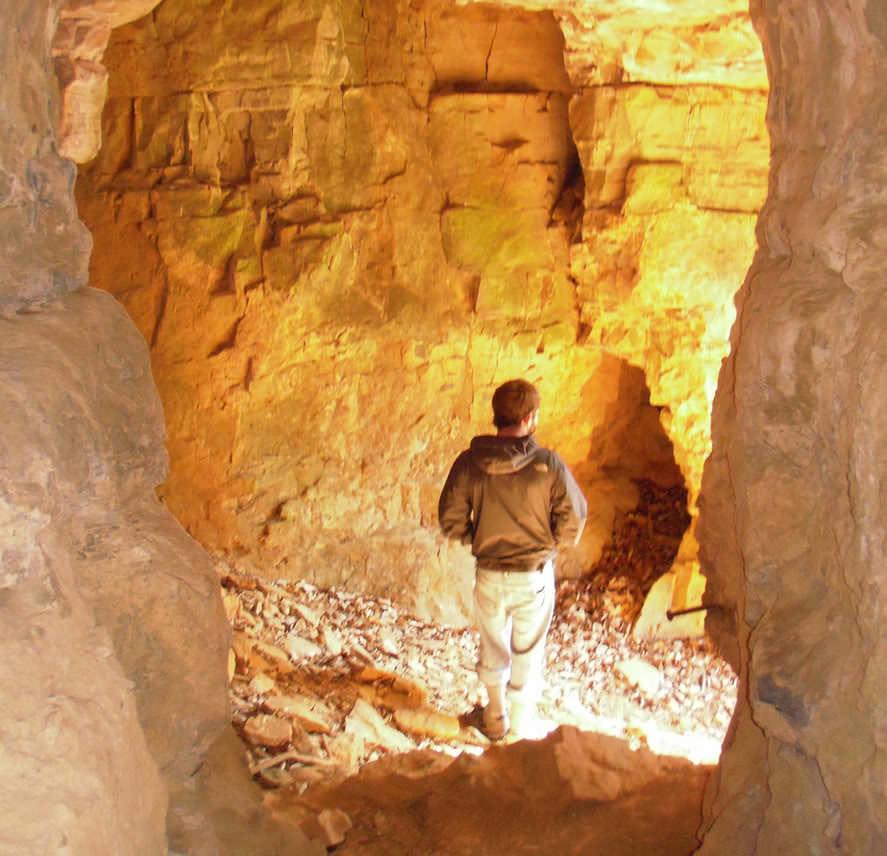 While we were sweating it out in the mountains, Jeremy and Elizabeth explored the Natural Chimneys and did some unguided cave exploration.
Posted by Dennis Throckmorton at 10:09 AM No comments: Links to this post