Nick and I headed to Diablo for the last race of the season this weekend. The weather forecast didn't look good - with rain and snow possible. Despite the cold, we made the best of our time and competed both days in both the Giant Slalom and Downhill races. 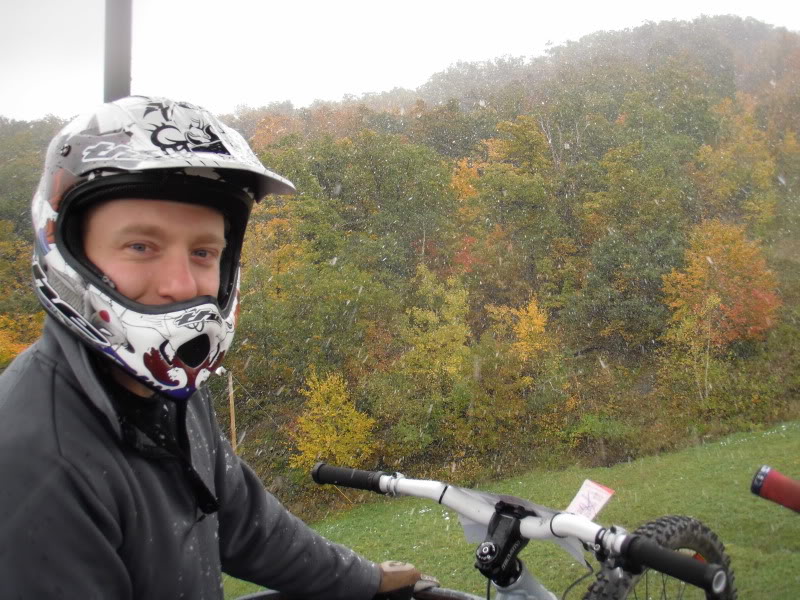 We walked the course on Saturday after our Giant Slalom runs to find a very interesting course. The upper section included several tabletop jumps and fast berms. That was followed by two sections of rock gardens that zapped speed and required heavy pedaling. The lower rock garden was steep, slippery, and super-technical. Once out of the upper area, the course ran into the familiar lower shoots seen in three of the previous races. That area seemed like a breeze after navigating the tricky rock gardens above. The race finish was again in the grass field - this time was by far the most slippery that it has been all summer, evidenced by several wash-outs on its off-camber left turn. 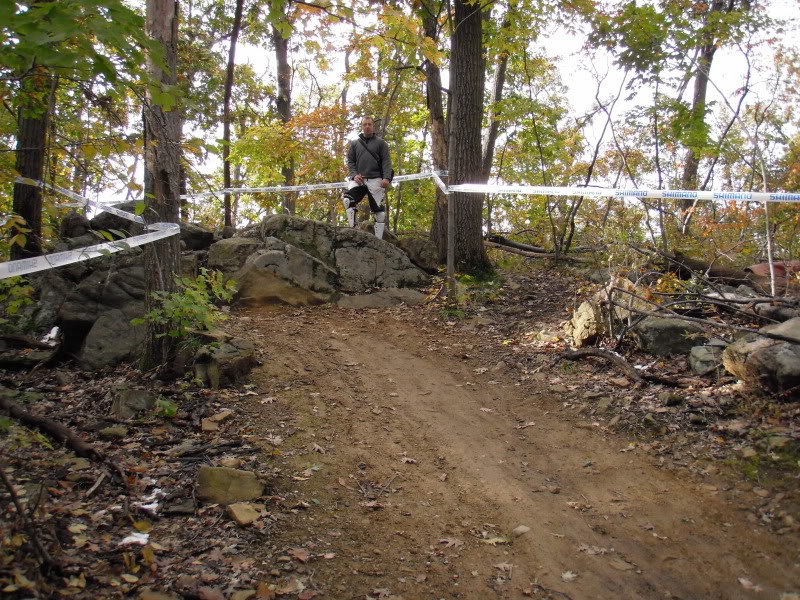 It seemed like the key would be constant pedaling through the rock gardens followed by some controlled sliding through rest of the course. The racers had two runs to put together a winning time, which was nice since the chance of slipping off course seemed especially high.

In my first race run, I went slightly off-course on a corner in the lower rock garden. In my second run I corrected that mishap and gained six seconds on my previous time. It was good enough for second that day, second for the DH overall, and even second in the combined (slalom & DH) overall points. 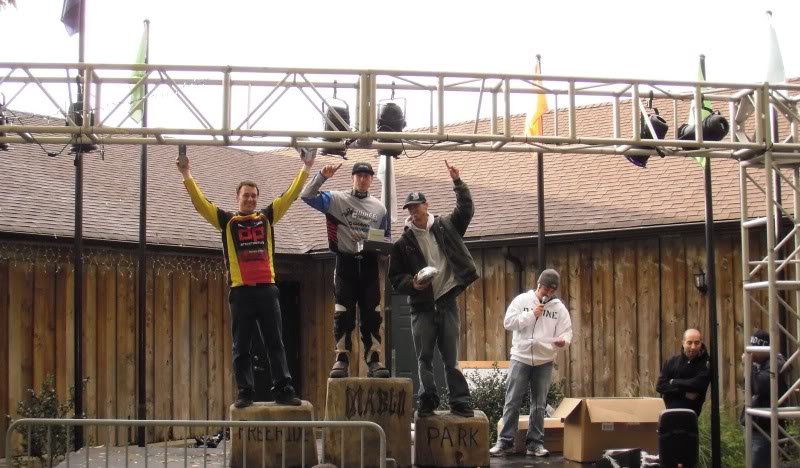 The prize package at Diablo was truly impressive. Each of eight classes was showered with goodies from Jamis, Shimano, JBL Audio, Scott, and Diablo's cash purse. I walked away with a bevy of gear, including a 2010 Dakar Bam 1 frame!
Posted by Dennis Throckmorton at 7:39 AM 1 comment: Links to this post

This has been a great season of racing - with results better than I'd even hoped. I did have one major screw-up at the end of the season, however, when I sold my '09 frame before my new '10 came in - which has still yet to happen. For this race (and next week's final round at Diablo) I was on my friend's Turner. A great bike, just not a familiar setup. 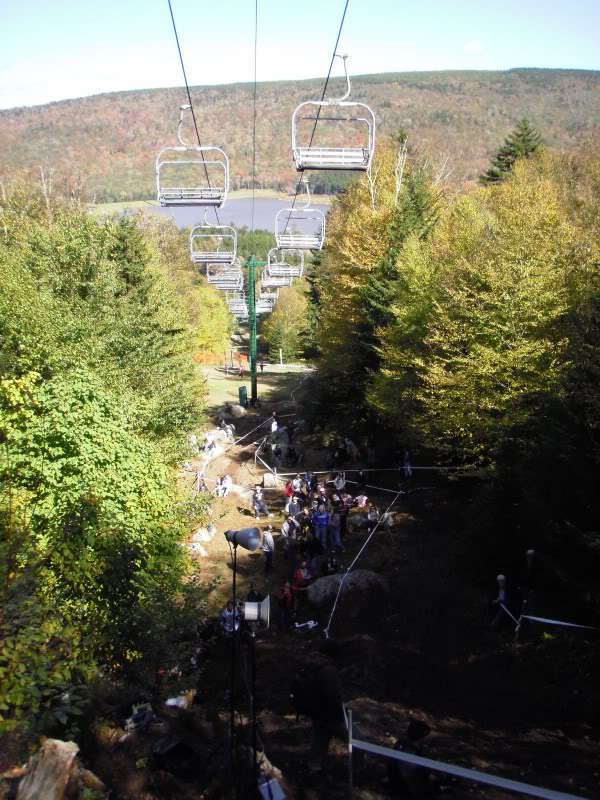 During a practice run, I broke the chainguard on the Turner. This didn't seem to be much of a problem until my race run, when the chain came off and wrapped around my right pedal. Luckily, I had the pedals horizontal when it happened [about halfway down the trail], so I could at least coast over the rest of the course. I even hit the large rock drop, although a couple pedal strokes would have been nice before pitching over the face.

In the lower section of the course, there were a few muddy spots that slowed my momentum, followed by a long straight into the finish line - man, it sure would have been a lot faster with the ability to pedal. I ended up coming in 6th place, which is fine with me given the handicap. My position for the overall series held stable at 3rd, which was a great feeling at the end of my first season. One more race to go and then a long and productive winter of training ahead.
Posted by Dennis Throckmorton at 3:45 PM No comments: Links to this post