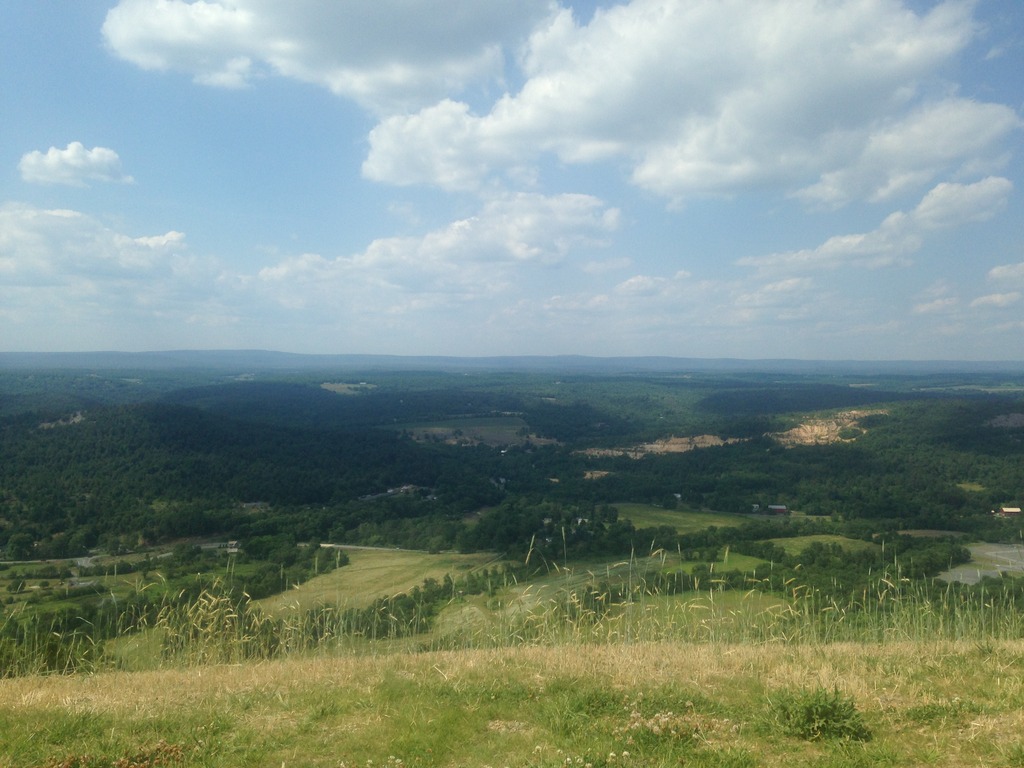 This season I decided to buy the MTBParks Pass instead of a season pass at a single resort. I figured it'd be a good incentive to travel beyond the regular West Virginia destinations that have become commonplace. 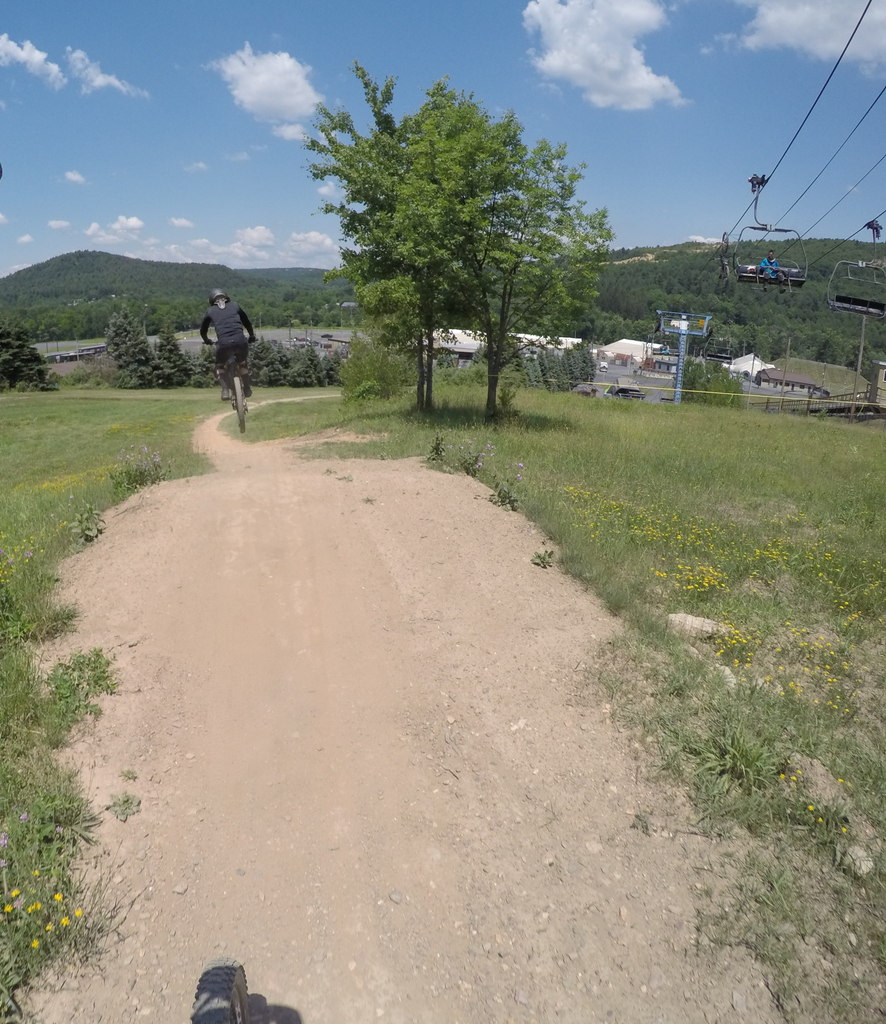 I have only ridden Blue Mountain once before, during the final stop of the 2010 Gravity East Series. Since I was relegated mainly to the race course back then, I was excited to see what other trails the park had to offer. 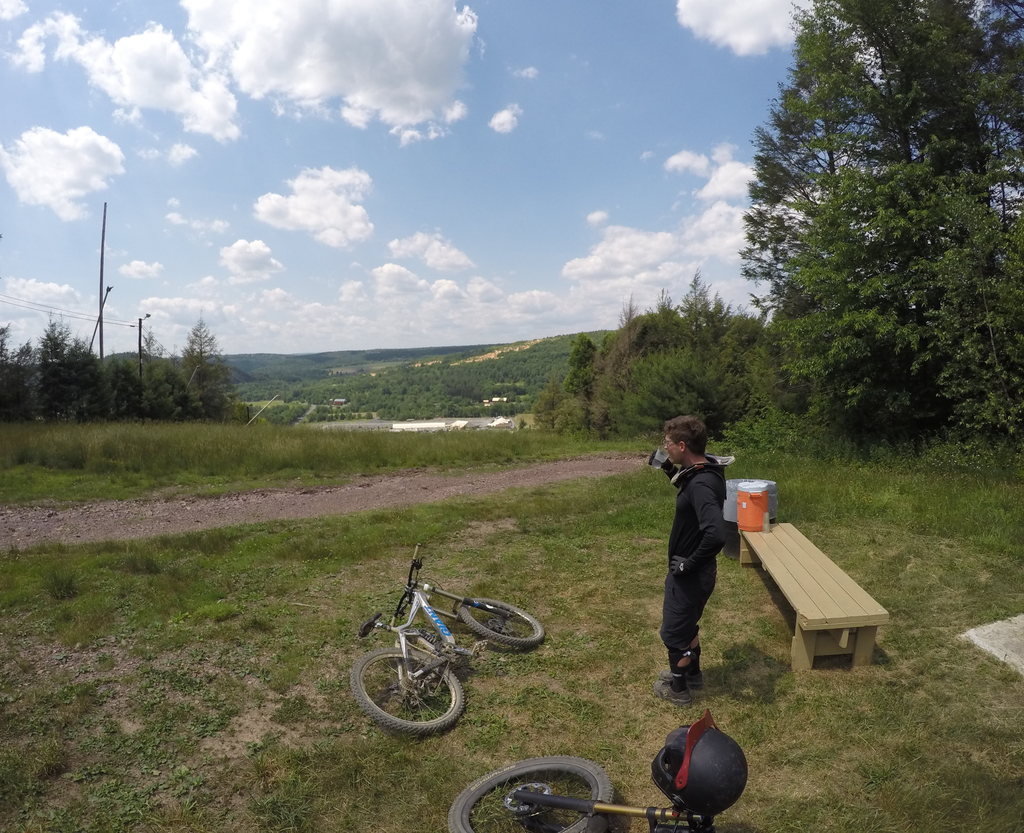 As chance would have it, I saw a familiar face while registering for my lift ticket. My friend, Jarrod, was riding at Blue Mountain also, so we ran laps together.

The park was great! Rocky gnar mixed with carved berms and jumps. Although some of the tabletops were a bit small to boost with much steam, the large jump line, Empire, featured longer transitions between lip and landing which allowed much better hang time. 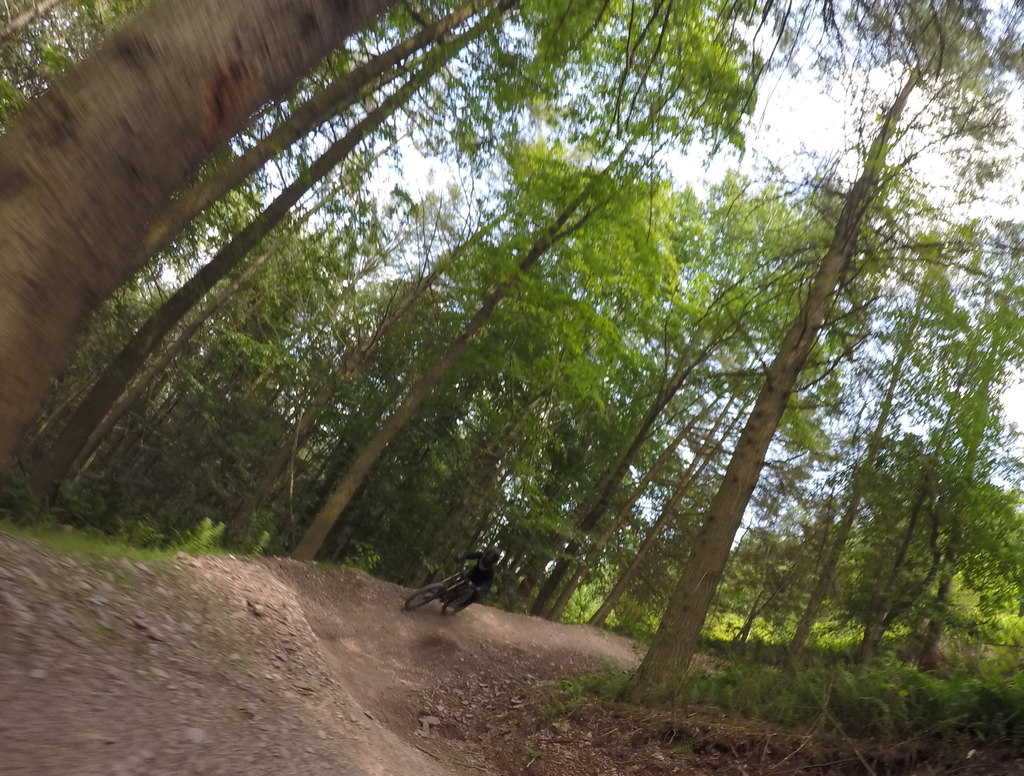 While I rode, Rebecca took the dogs to explore the woods via the Appalachian Trail, which actually crossed directly through the upper section of the resort.

Once we rejoined at the parking lot, Rebecca and I searched out a spot to take a dip in the nearby creek before heading to dinner at Slopeside Pub and Grill. 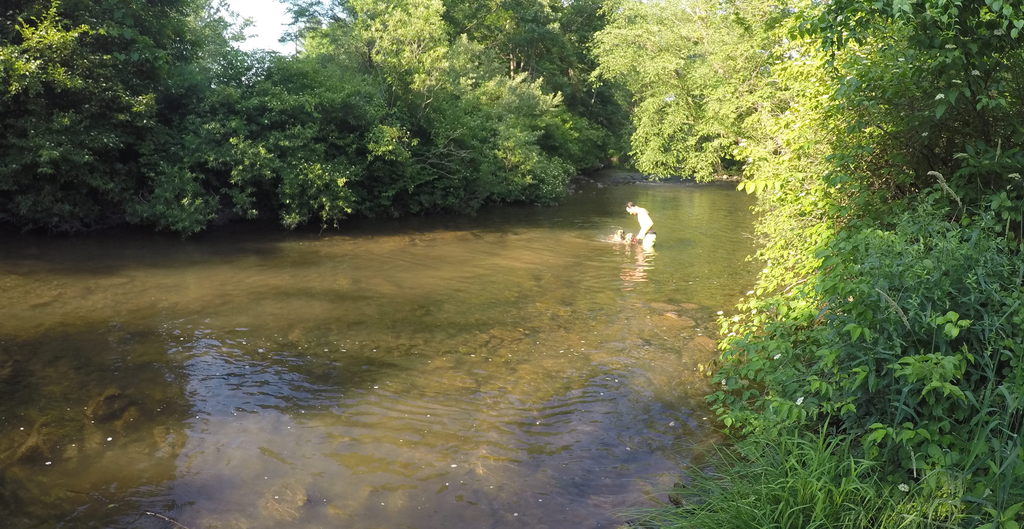 That night we found camping along the AT and in the morning we packed up and headed home. Considering the traffic we encountered in either direction, it was a lot of effort for one day of riding, but certainly worth it to put my tires on dirt I haven't seen in nearly six years. 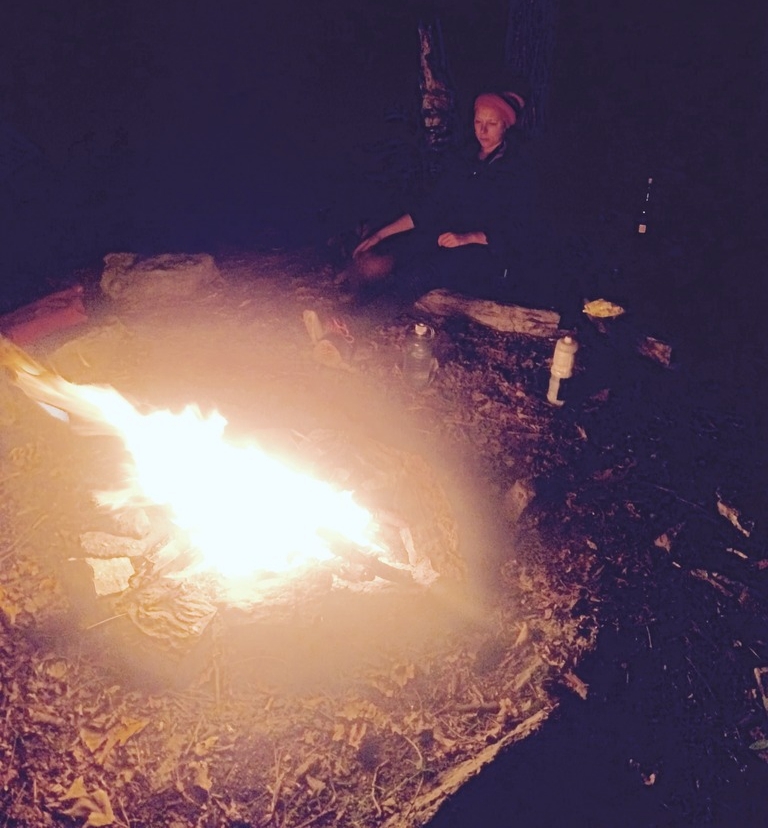 Posted by Dennis Throckmorton at 6:09 AM No comments:

We are VERY, VERY, VERY lucky to have good friends that allow us to use their boat every summer. While we were there last, I whipped out the drone for a quick aerial shot of the dock and surrounding land.

Posted by Dennis Throckmorton at 2:58 PM No comments: 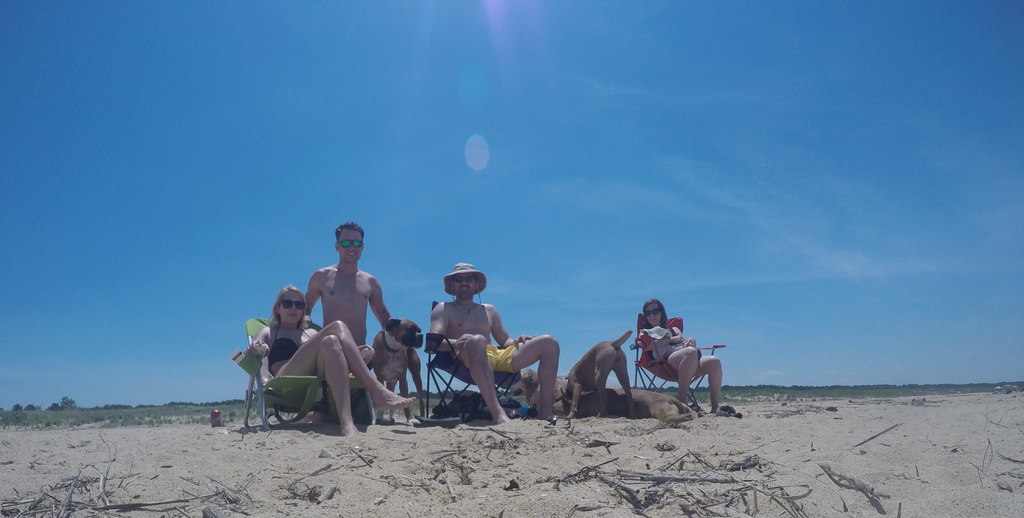 Rebecca had planned a trip to First Landing the rainy weekend in May that I headed to Raystown Lake. Luckily, she canned the trip and made plans to try again in June. 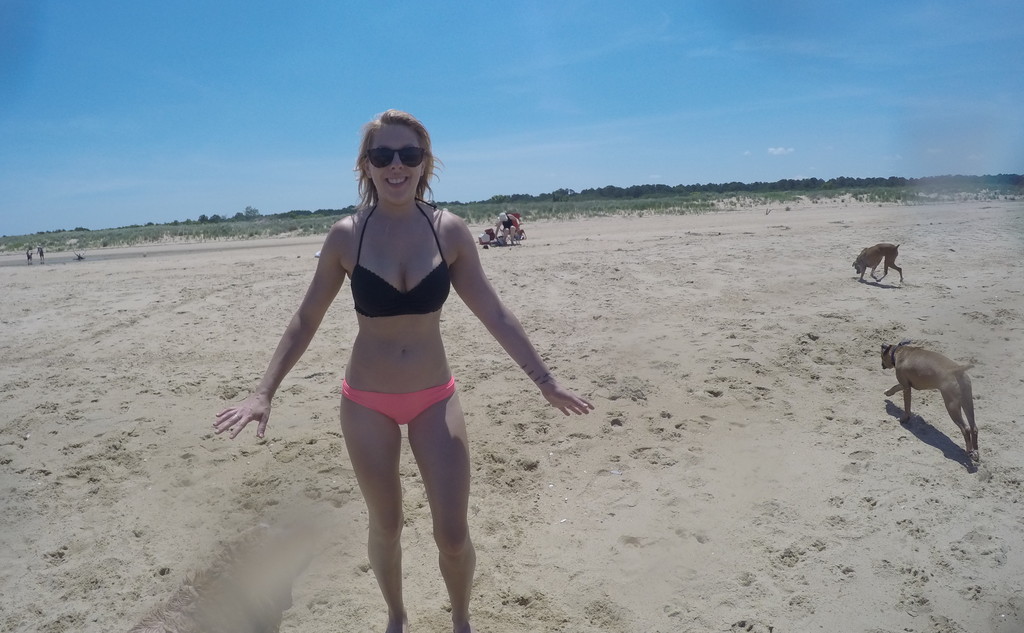 The weather was MUCH more agreeable this weekend!

After long weeks for both of us, we were delighted for a weekend of lounging by the shore - napping in the sun, drinking Palibu's, and playing in the water. We brought the surf board, but didn't feel like hunting for waves and settled for the leisurely approach. 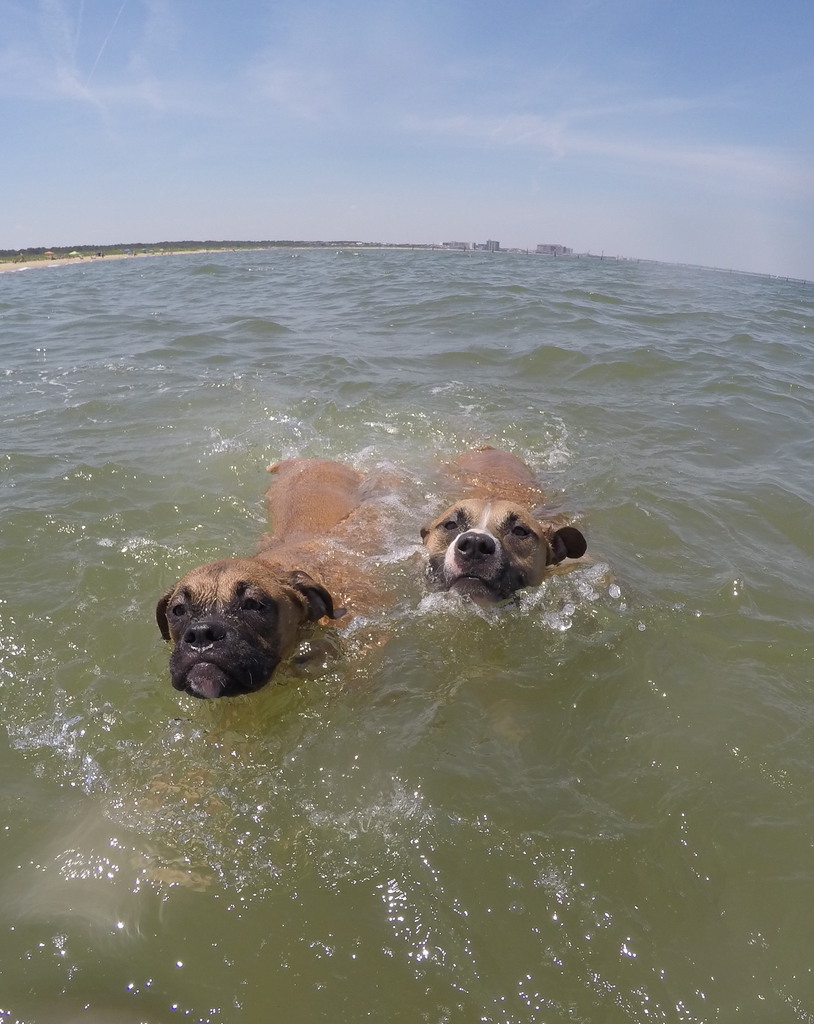 We were curious how Lola would handle the ocean. We'd witnessed her attempt at swimming briefly when she encountered a semi-deep creek on a mountain bike ride, but otherwise had no clue. She was GREAT! Her speed nearly matches Ruprecht's and she keeps her head well above the water easily.

Ru, of course, constantly drank (by means of biting) the water - especially the salty whitewater. I let him have at it most of the day, only forcing him to stay on land after he'd exhausted himself somewhat, puking/shitting saltwater for a few hours.

Posted by Dennis Throckmorton at 3:48 PM No comments: