Scott and I took a drive to Chula Vista to check out some dirt jumps named the "Best Buy Jumps" because of their proximity to a strip mall [and Best Buy]. They had been built up since the last time Scott had seen them, but he wanted to see if he could still clear them. 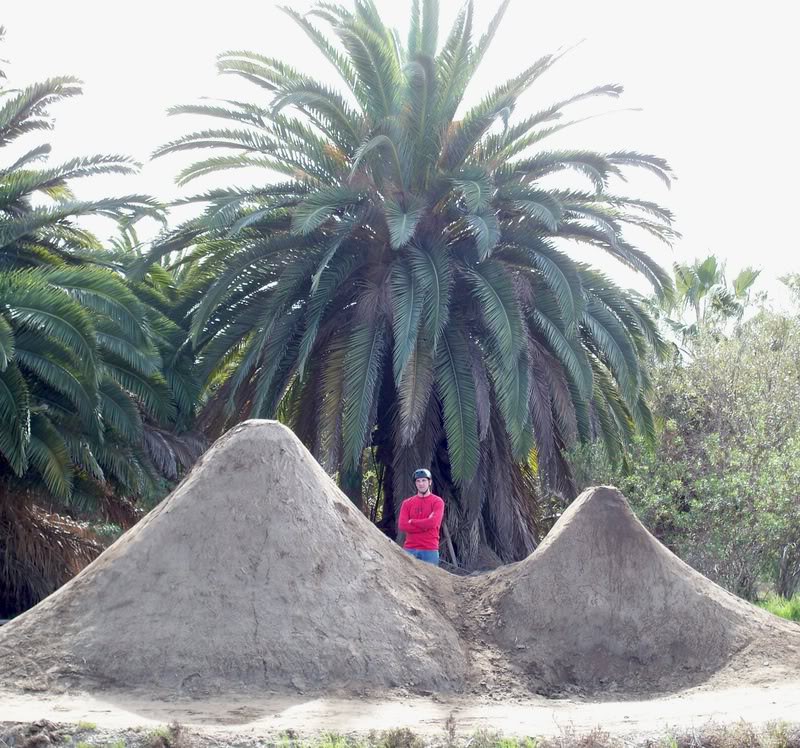 The first jump was the main challenge. It's a step-up that's pretty large. If you can even reach the landing, then you have to deal with its pitch, which is basically straight down.

Scott gave it a few shots and eventually nailed it. He then set out to land the rest in the set, which seemed easier to him after tackling the first double. He nailed almost the entire line, but never quite reached the landing on the second to last in the set.

The transitions are built for BMX's and Scott tried to talk me out of attempting it, but I just had to try. Gaining enough speed for it became the main challenge, but I did manage to land it, which felt great since I expected to just get thrown off the lip, flailing my way to a hard wreck.

Posted by Dennis Throckmorton at 3:44 PM

Those trails look great! Anyone know if there still running? Great site BTW!