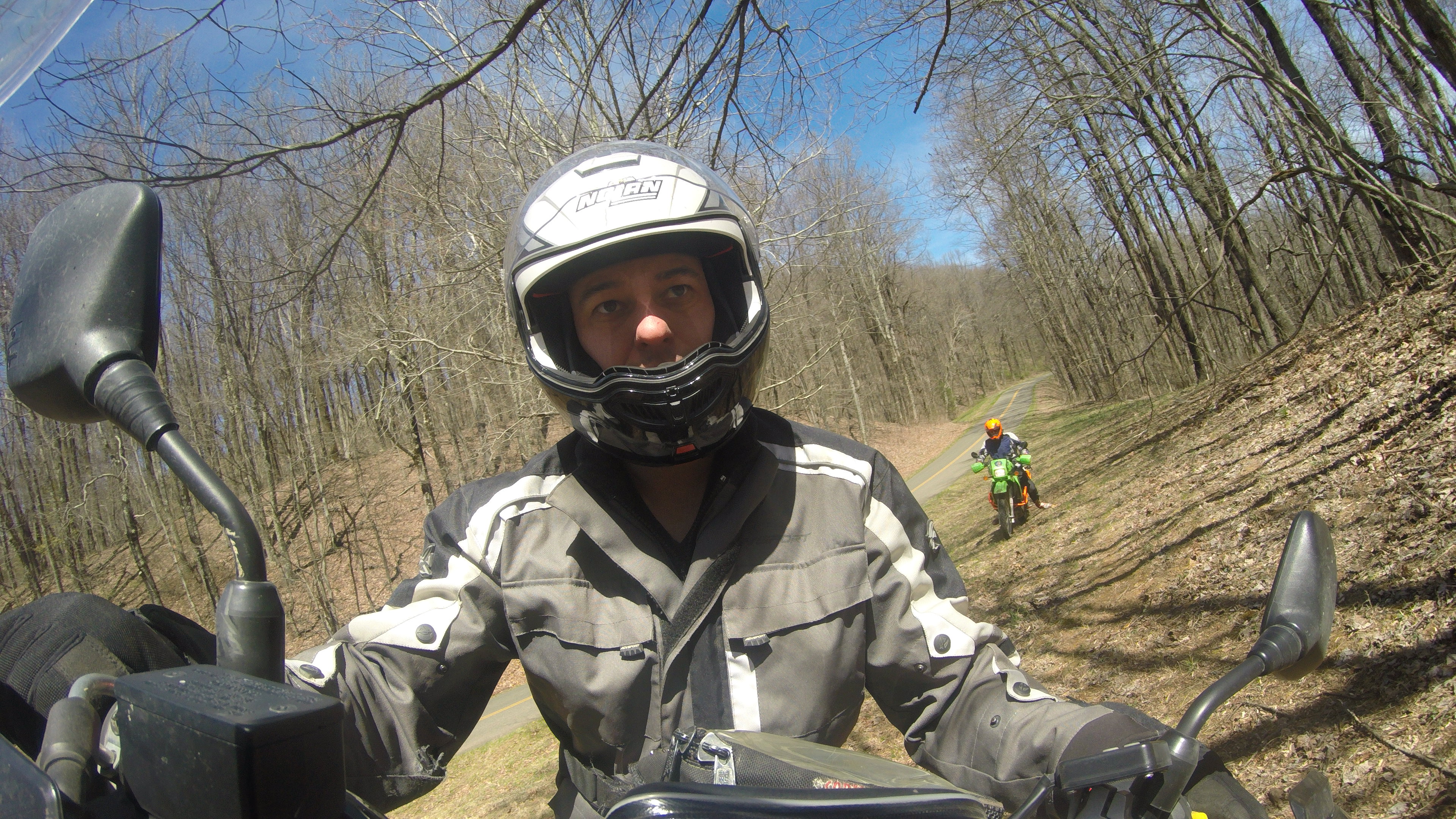 My buddy Whit has an innate ability to find and remember alternate routes all over the state (and country, for that matter). He was responsible for leading our group on the trip to Bear Creek Lake, which was a phenomenal half-day trip. With this in mind, I was looking forward to a weekend trip with him to explore the roads and trails near Buena Vista, VA. 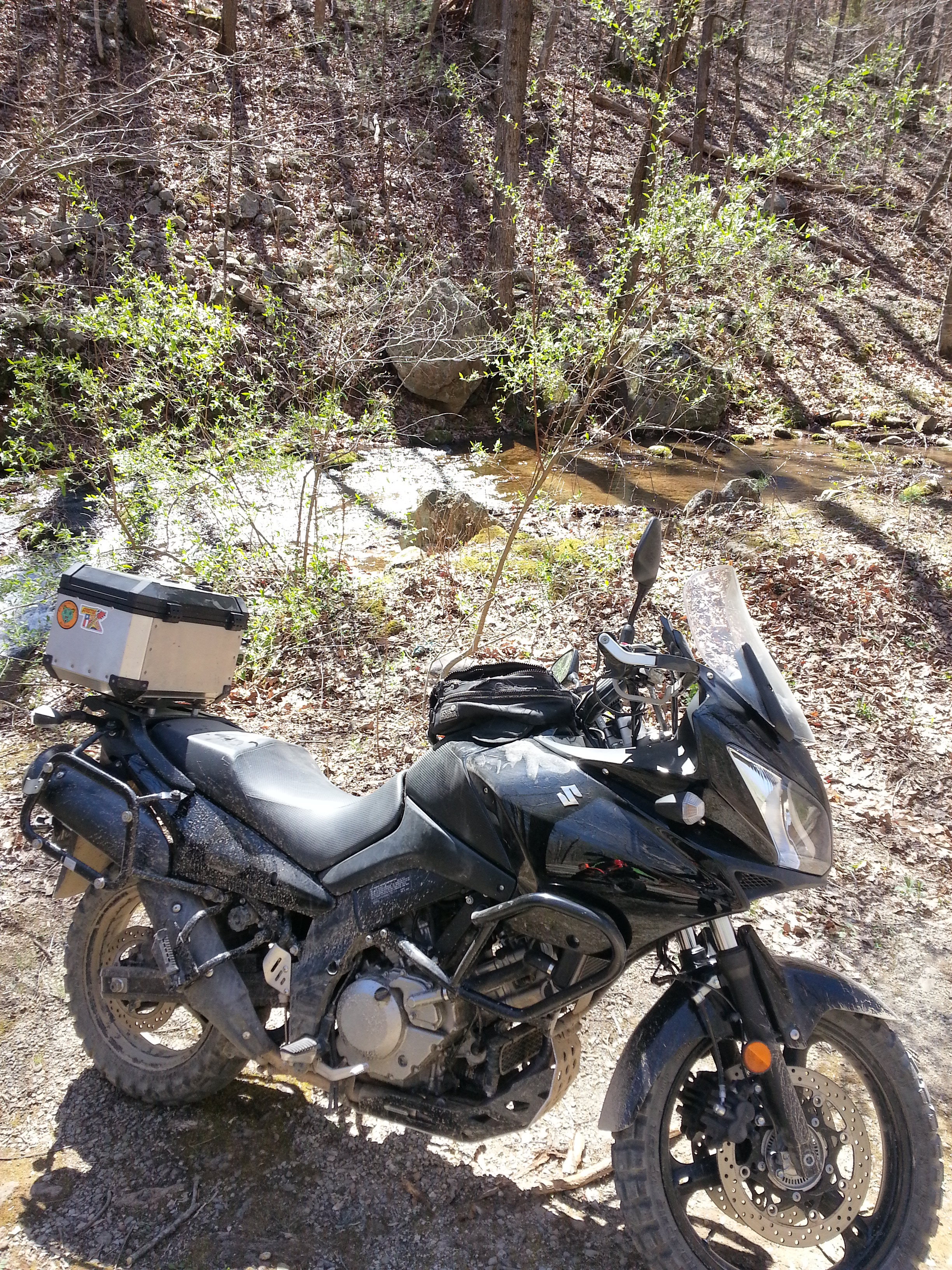 On Friday afternoon we loaded up his trailer and headed west on Route 60. Our destination that night was the Long Mountain Wayside. This is a parking area located at the crossing of 60 and the Appalachian Trail. 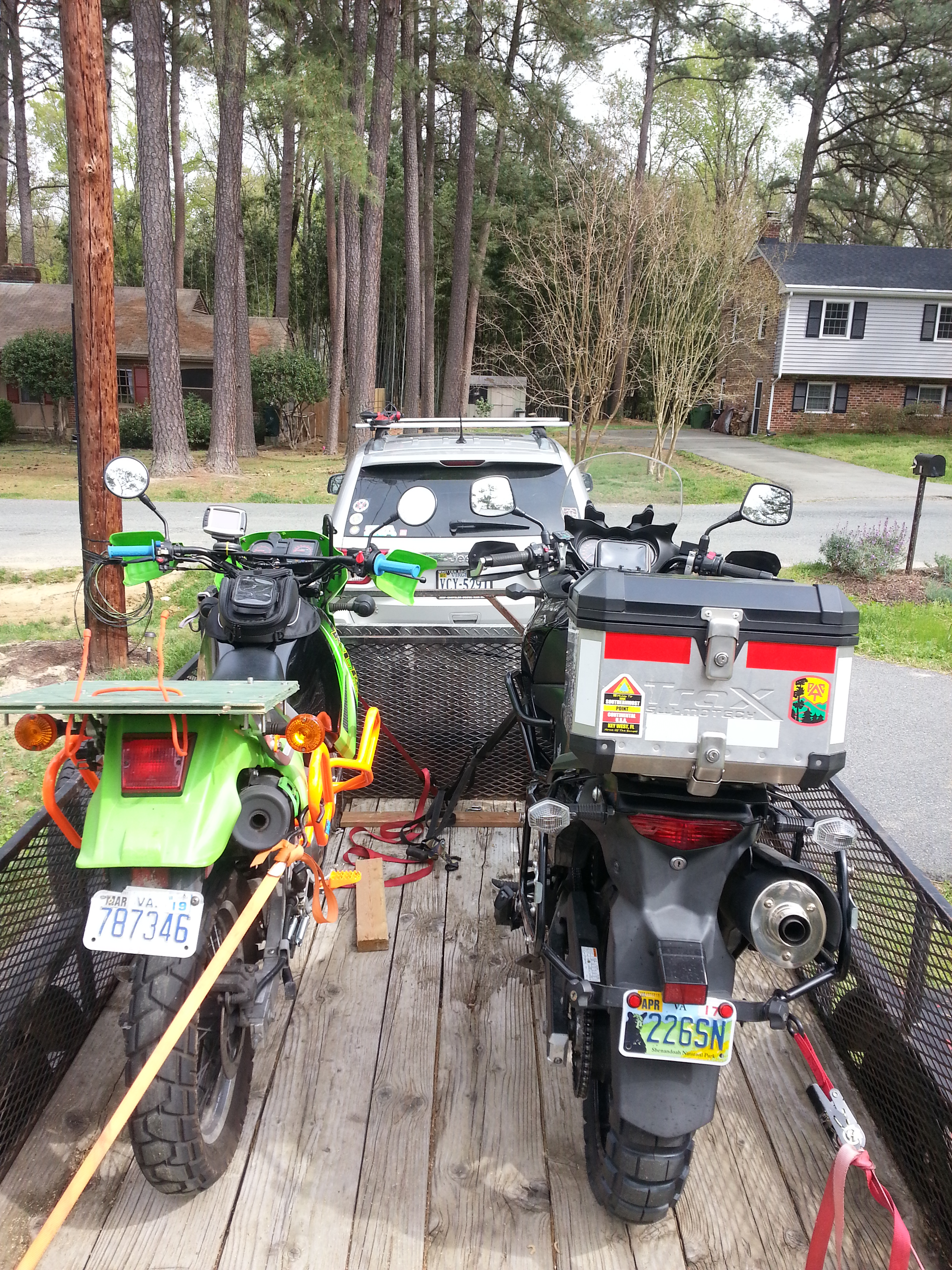 We hiked along the AT for just a moment before finding a suitable area to hang our hammocks for the cold, windy night. Despite our best efforts to combat the wind with tightly hung tarps, neither Whit nor I were able to get much rest in the cold. The next morning Whit convinced me (without much effort) to concede to a night's stay at a motel in order to catch up on the sleep we lost. He's a new father, so this trip was as much about getting a full night's sleep for him as it was about adventuring offroad for me ;-) 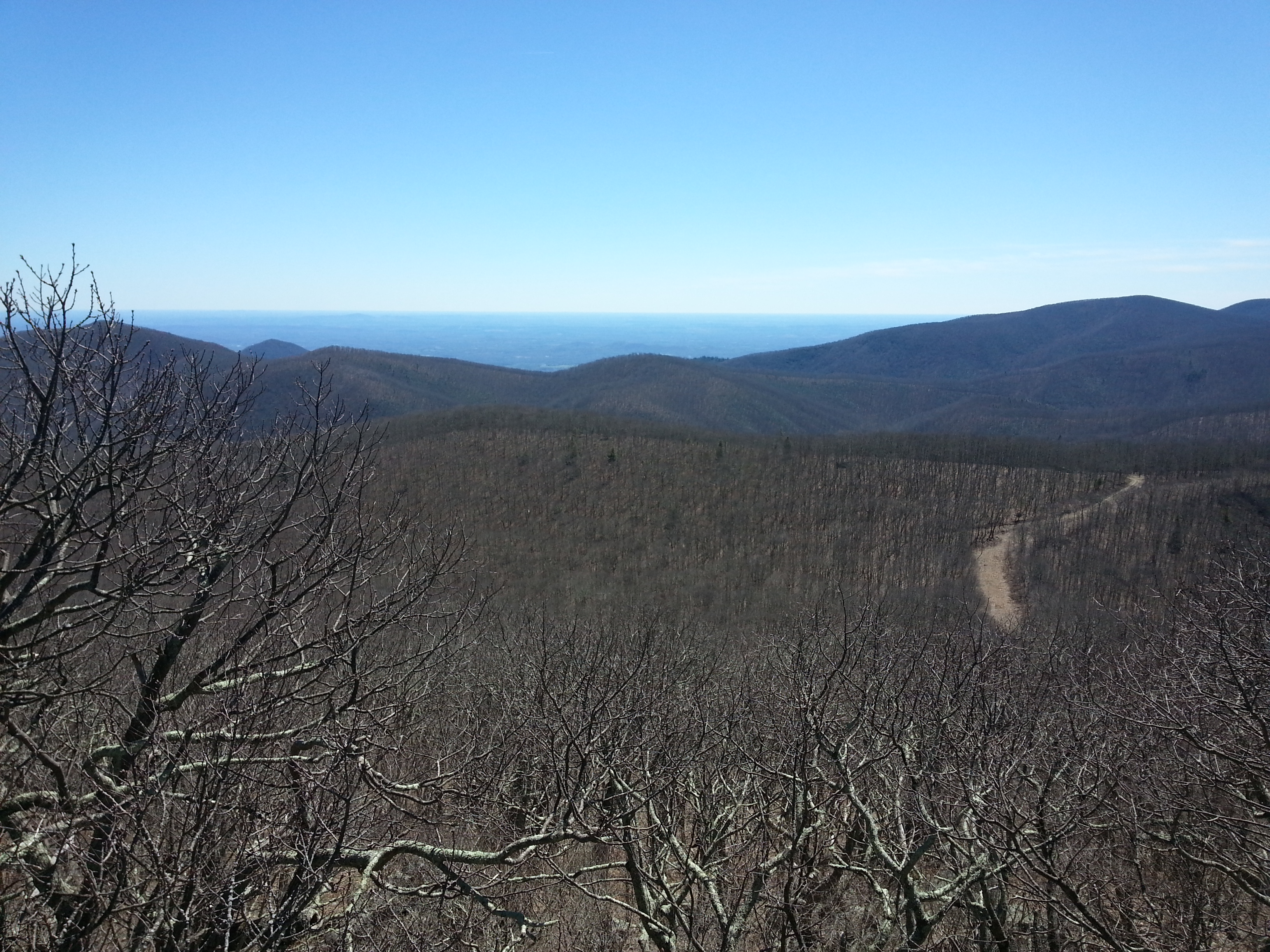 That day we rode around Oronoco, basically just wandering along fire roads in every which direction along the Pedlar River. The roads were a mix of loose gravel, dirt, and rocks with the occasional creek crossing.

I was pleased with the traction I found after installing some knobbies on my V-Strom. The only two limitations I noticed were the lack of ground clearance (scraping my skid pan several times) and the over-activity of my rear ABS. Perhaps I'll find a way to disable this function when offroad as it basically limits the use of my rear brake in loose situations. 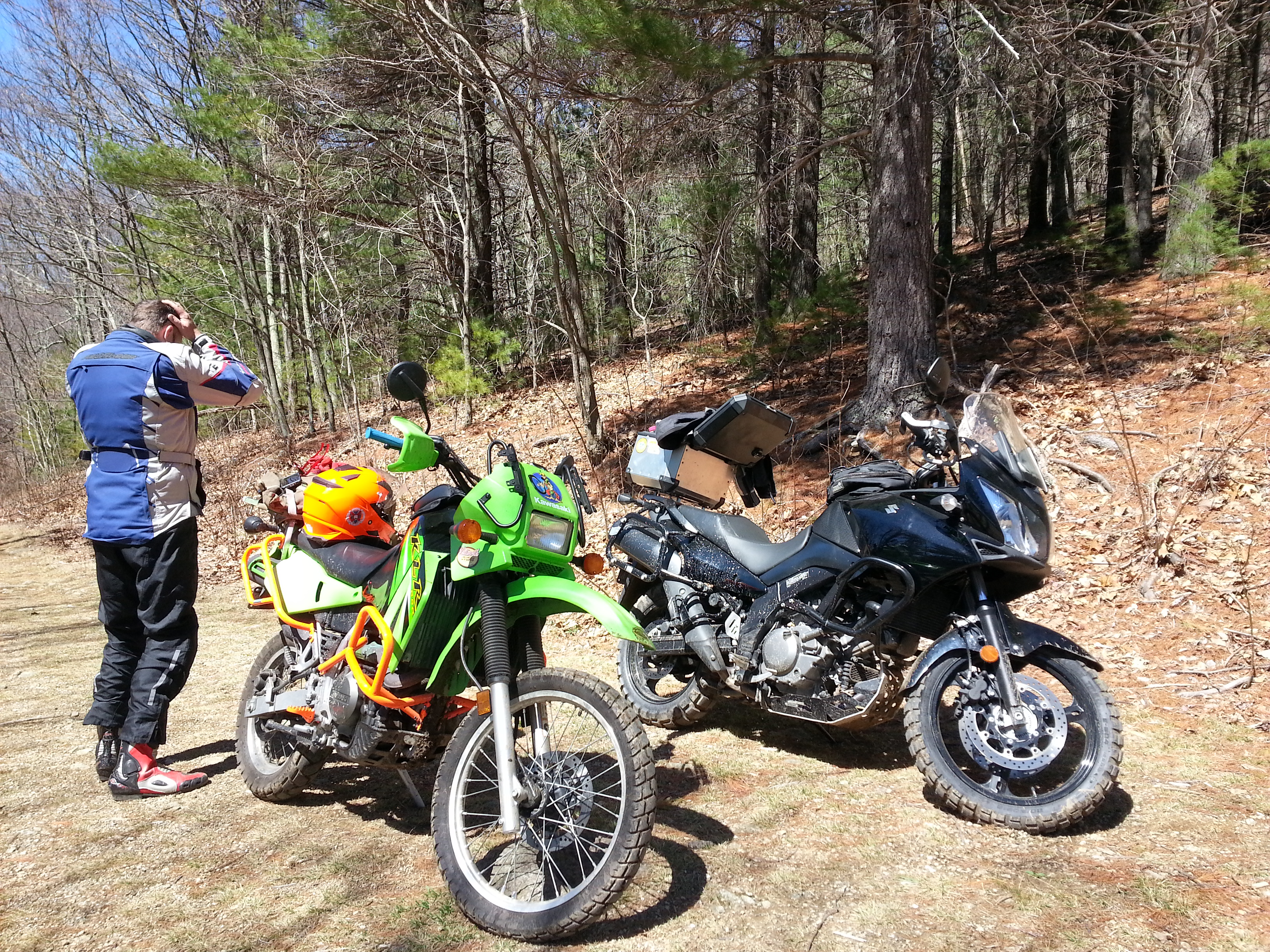 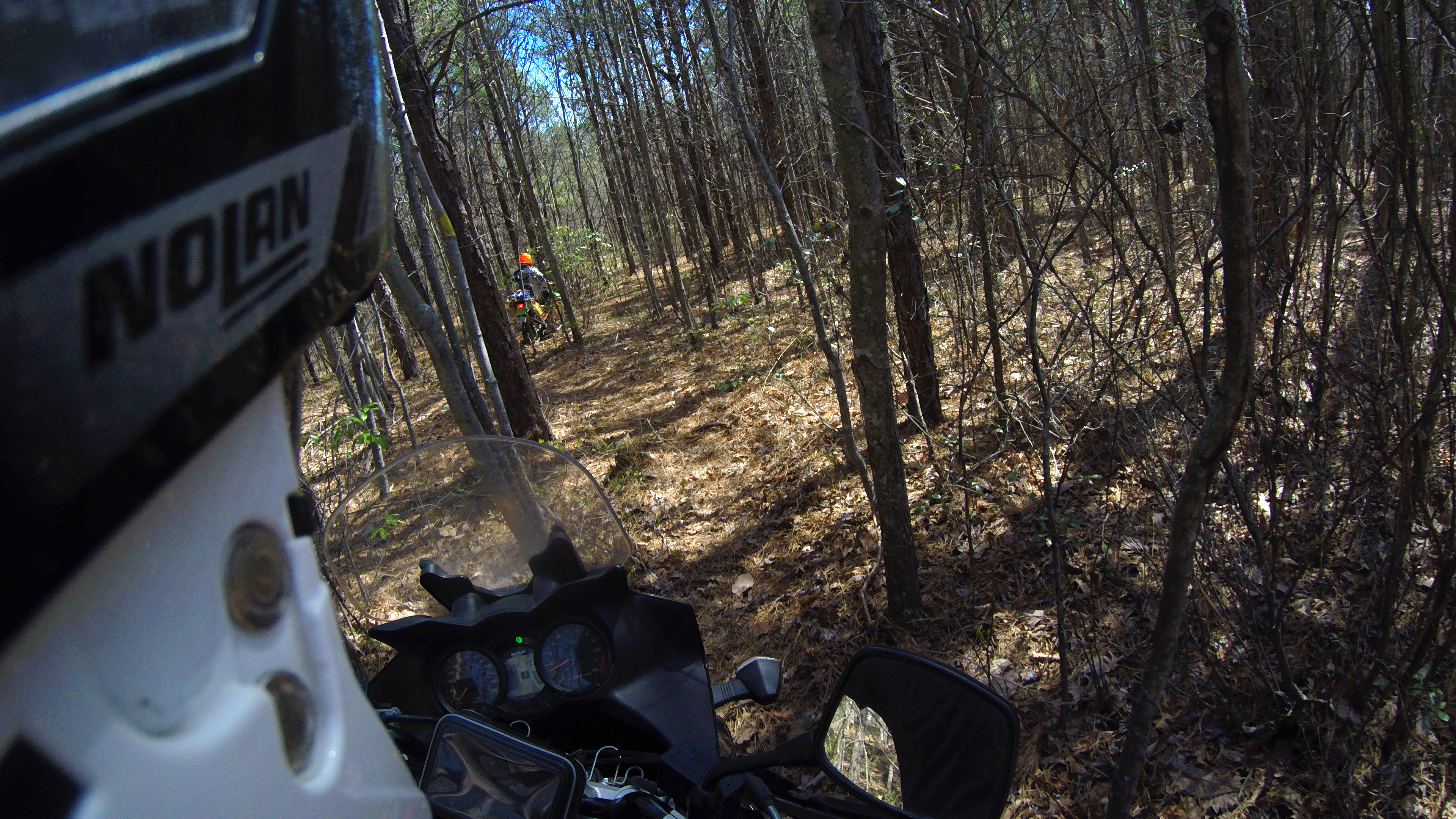 That afternoon we rode into Lexington for dinner and crashed at Motel 6 earlier than I'd like to admit. The next morning, however, we were full of energy and ready to hit the trails hard! 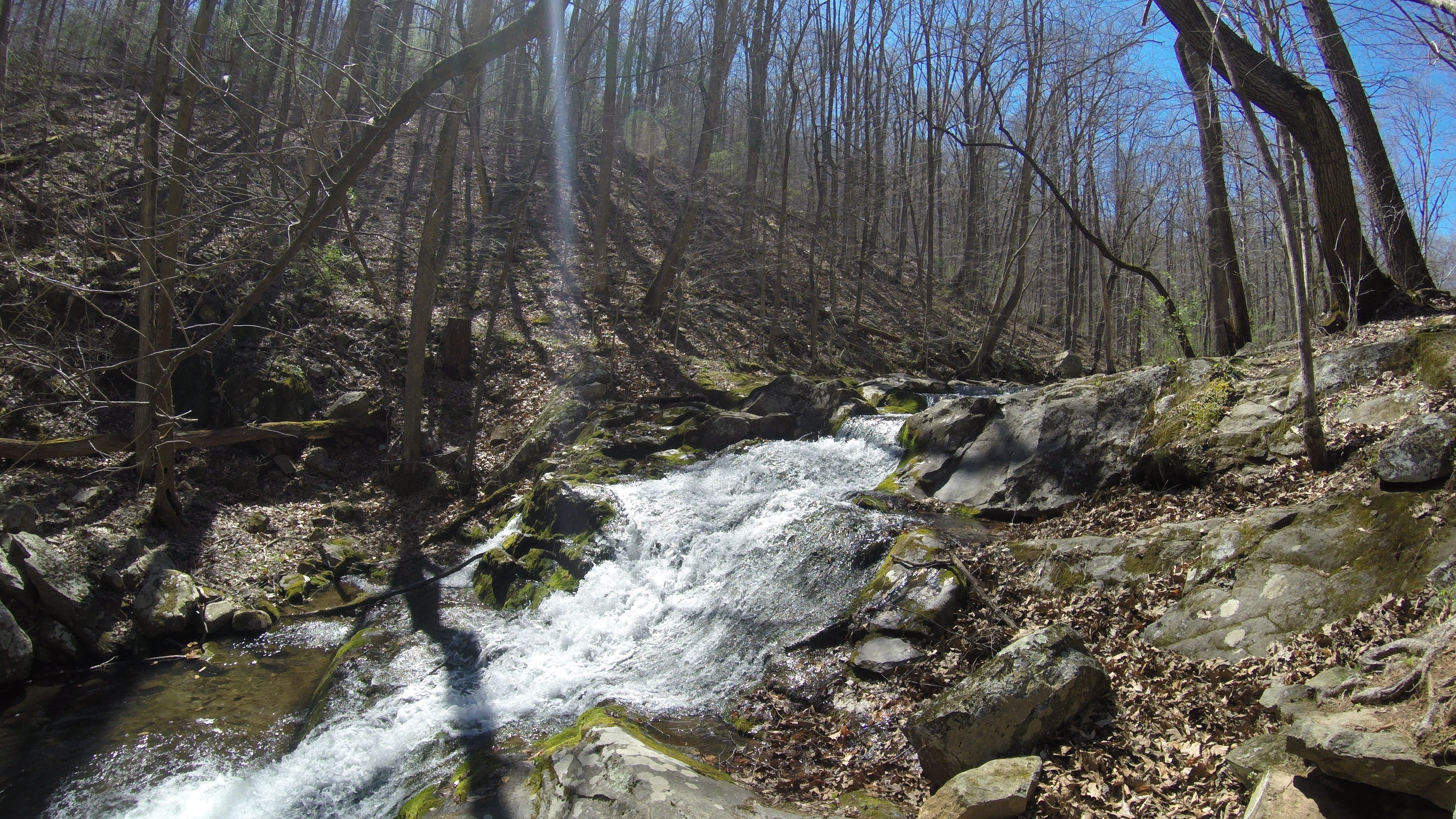 This time around we were in search of something more challenging than the gravel roads. We found it in a logging road that had probably only been traveled by a bulldozer. The dirt was soft, rutted, and littered with limbs, logs, and rocks - just what we'd hoped for! 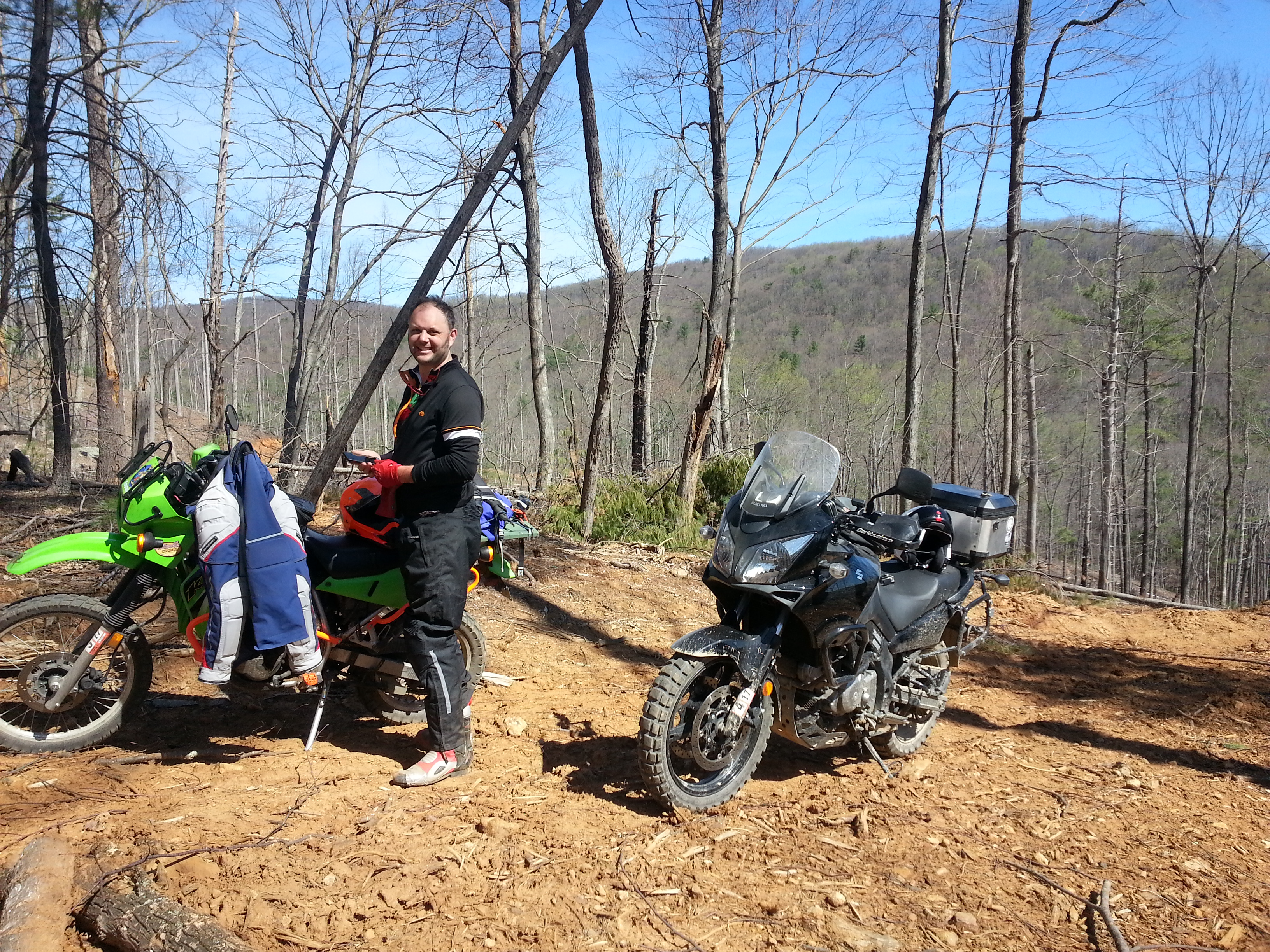 The final round of this year's DHSE Series was a scorcher! A fast course under phenomenal conditions. 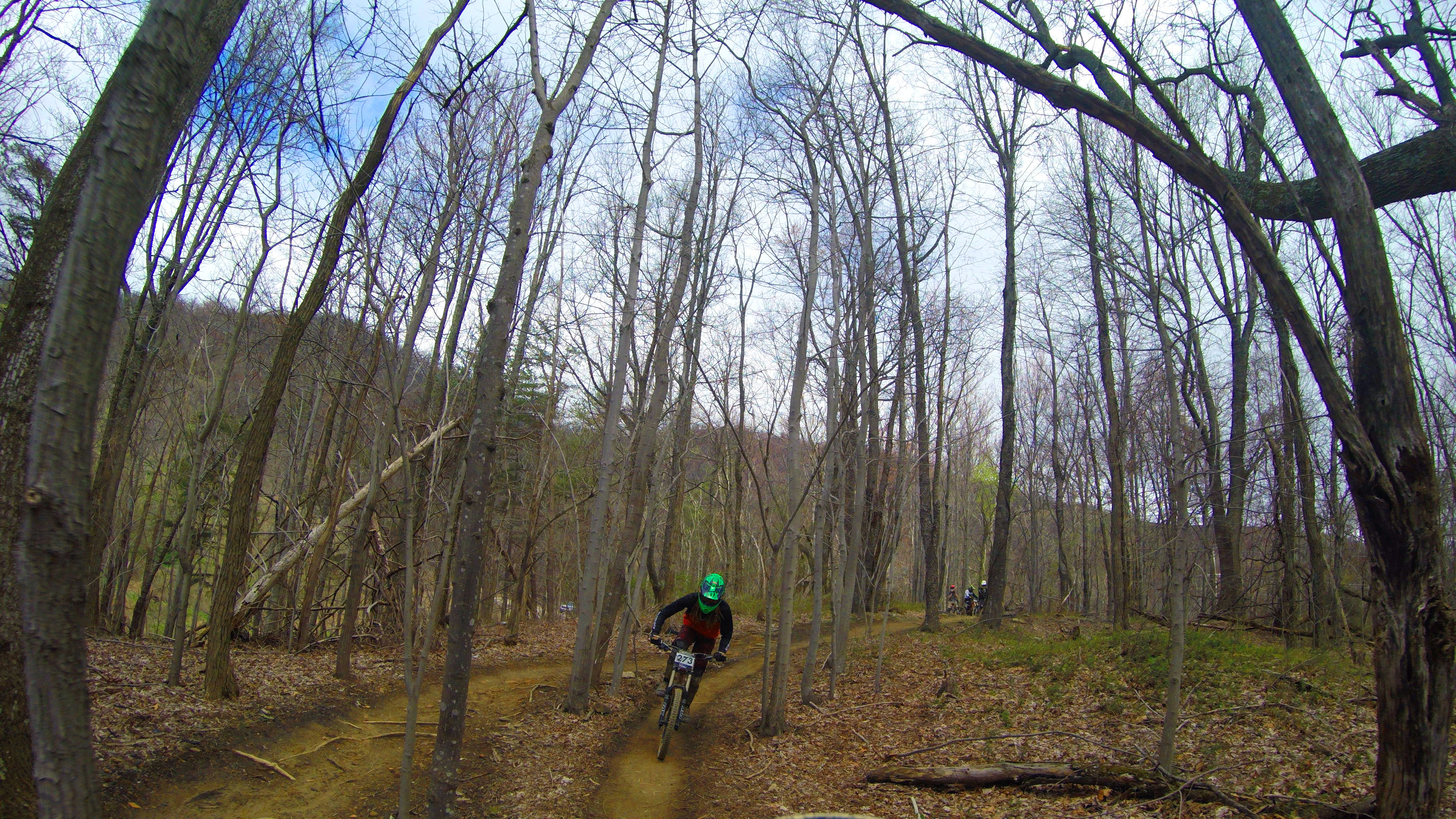 The week before I hurried to rebuild my rear wheel which had developed several cracks from past beatings and the airless run at TTC. The wheel held true and I felt confident riding the grippier Maxxis DHF's.

I had one off, but otherwise felt great on the track. I also decided to simply enjoy myself instead of focusing on going fast. I suppose that mindset worked - placing 6th in the field of 36 amateur riders.