I took the city bus to the Cuyamaca jumps this morning, but found a sad sight when I arrived. In an earlier post, I received comments about some 50cc dirt bike riders vandalizing the jumps, but didn't think it would be that bad. It was. 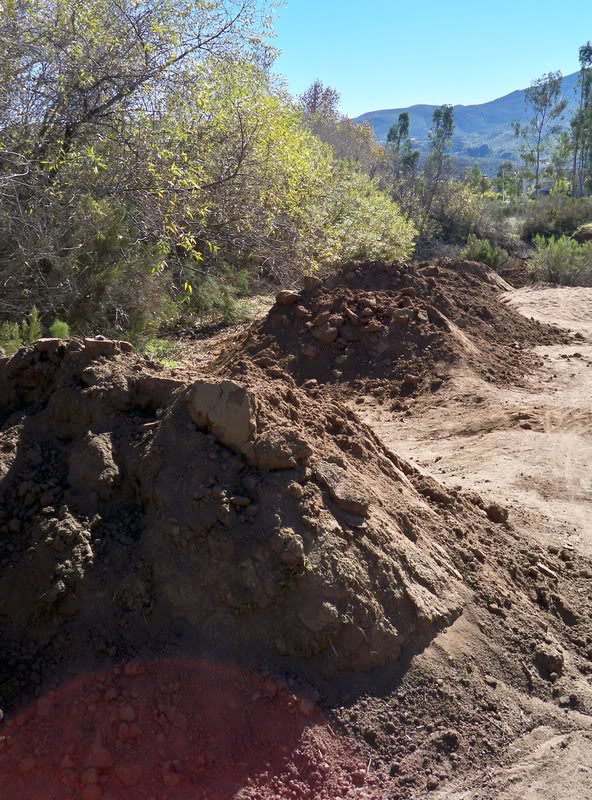 All of the jumps were destroyed. Even the new ones that were almost finished the last time we went to Cuyamaca. I guess we'll just have to wait for the next rain to rebuild them. It's a bummer, though, since there were two other spots that we'd planned on rehabbing during the next rain.

Posted by Dennis Throckmorton at 2:57 PM

Oh shit what is the latest condition of the jumps as of may 09? You guys should get there plats and make sure those guys get the beat down they deserve!

I left San Diego a few months ago, but I think they've been rebuilt. There are definitely a lot of kids riding that spot, so I bet they've taken care of it by now.

They're back in action and looking better than before. There's a better spot now around the corner, too. Just south of the 94 @ Via Mercado.