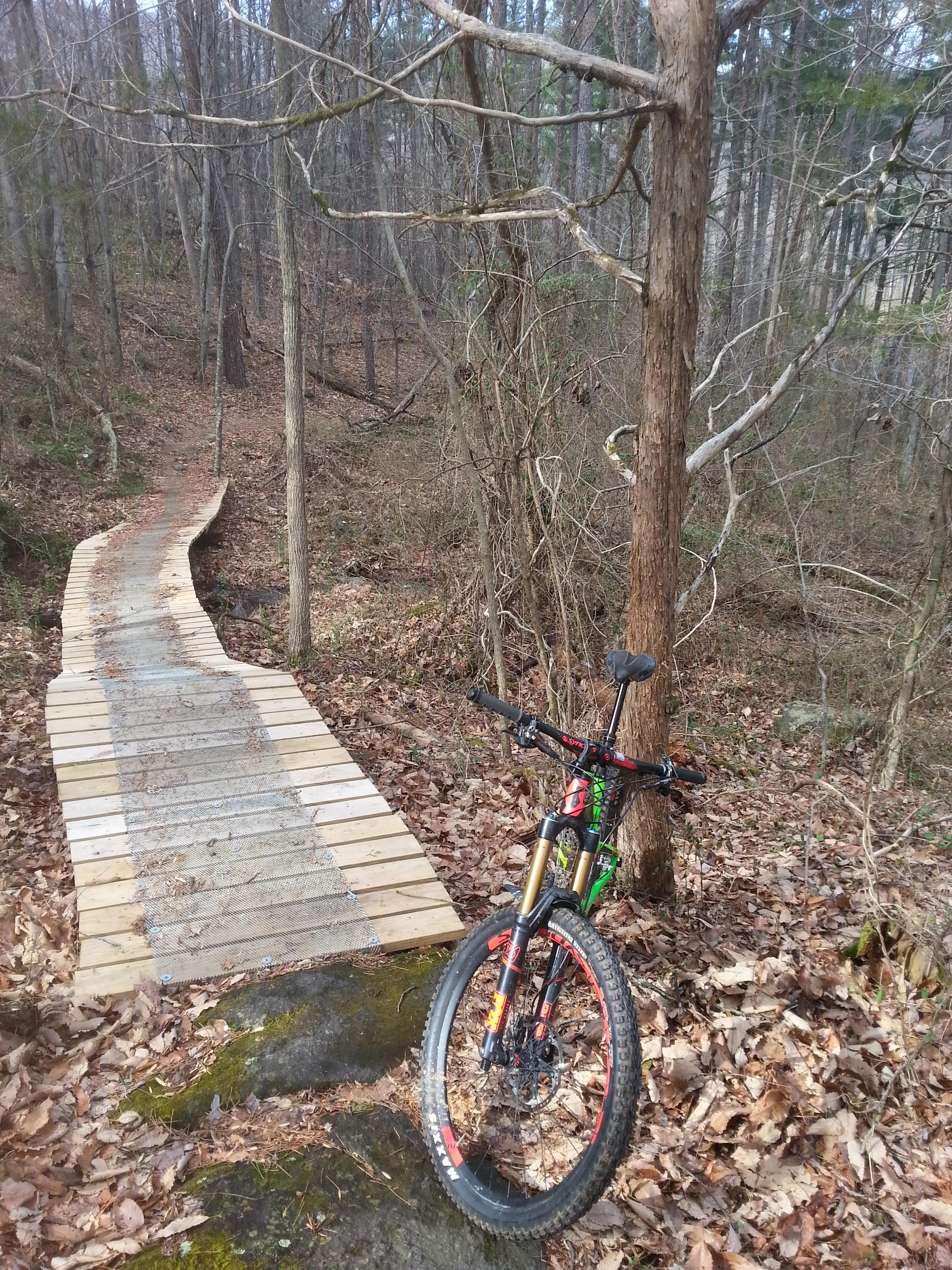 A warm day in February is an oddity. Exponentially so when you've had two weekends in a row RAINED OUT.

The extended forecast had another shit weekend lined up, with a BLIP of heaven on a THURSDAY. With that in mind, I asked my boss to trade it for the following Saturday.

Let me tell you - I work for a true HERO of a person.

He gladly obliged, gazing skyward as if to say, "Maybe I'LL do the same."

The next morning I had coffee with my wife, Rebecca, then pulled the V-strom out of the shed.

I rolled the moto onto the sidewalk, loaded all three boxes, the bike, THEN checked the chain & tires [tightened, lubed, inflated], before FINALLY setting off westward! 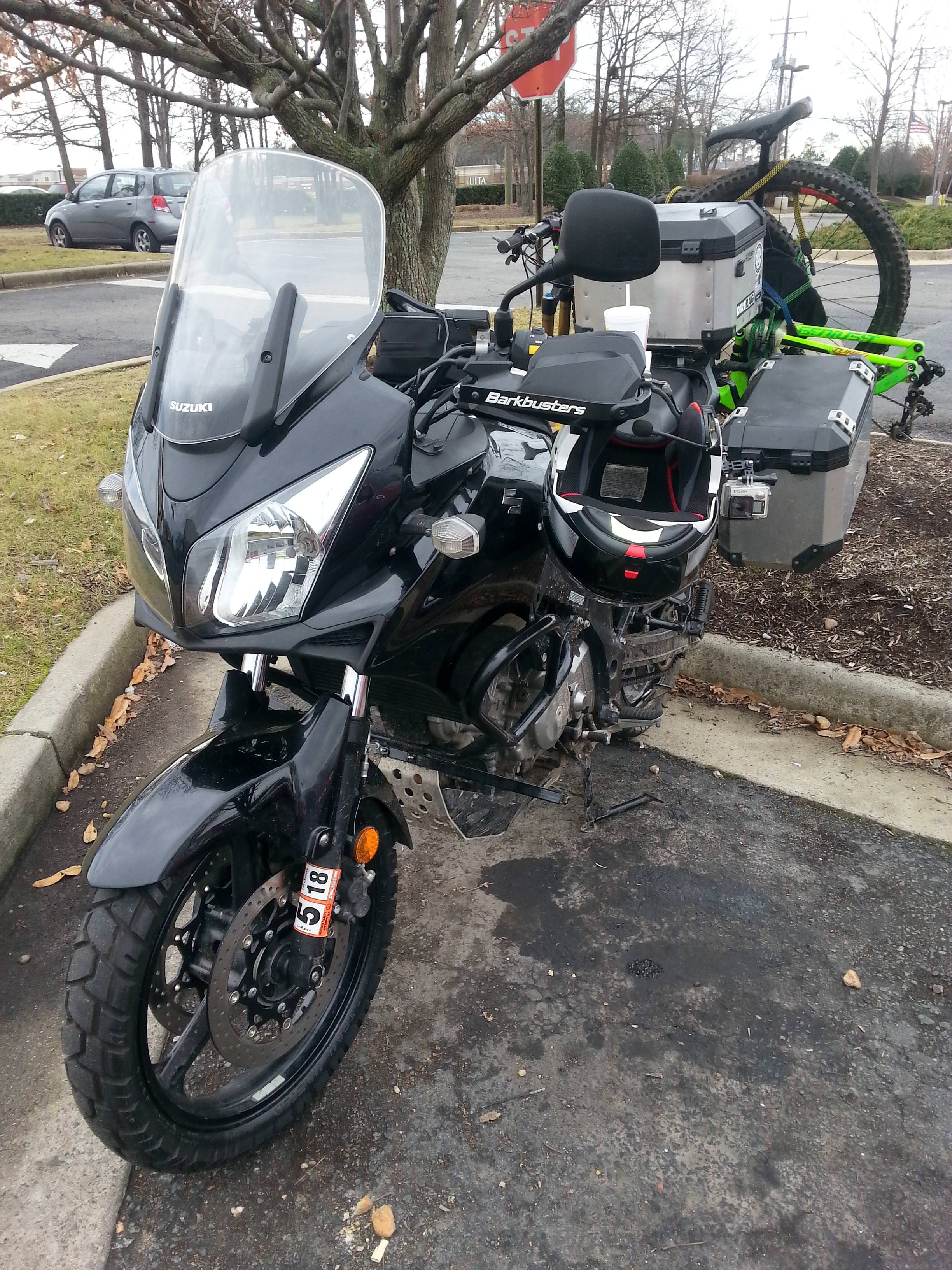 I was loaded down with gear and a million ideas in my mind. I took the highway to get out of the city, then 250 (a.k.a Broad Street) from there.

When I left, I'd decided Walnut Creek was the destination, but immediately it occurred to me that the ride there was a bore. At that point I chose to narrow my mountain biking options to the few that required a ride on 33 (a.k.a. Staples Mill). After the ride, mind you, I planned on visiting my friend Jeremy in Charlottesville.

Massanutten?
Yeah, that'd be cool. A bit far from Charlottesville, though.

I'd only recently been introduced to the trails there. In a nutshell, they received an enormous grant from the Walton's [due to a son attending the Blue Ridge School] SOLELY FOR THE PURPOSE OF BUILDING TRAILS. It was money well-spent, as they now have an impressive network, featuring windy singletrack descents with well-marked signage, built in accordance with IMBA standards of sustainability. 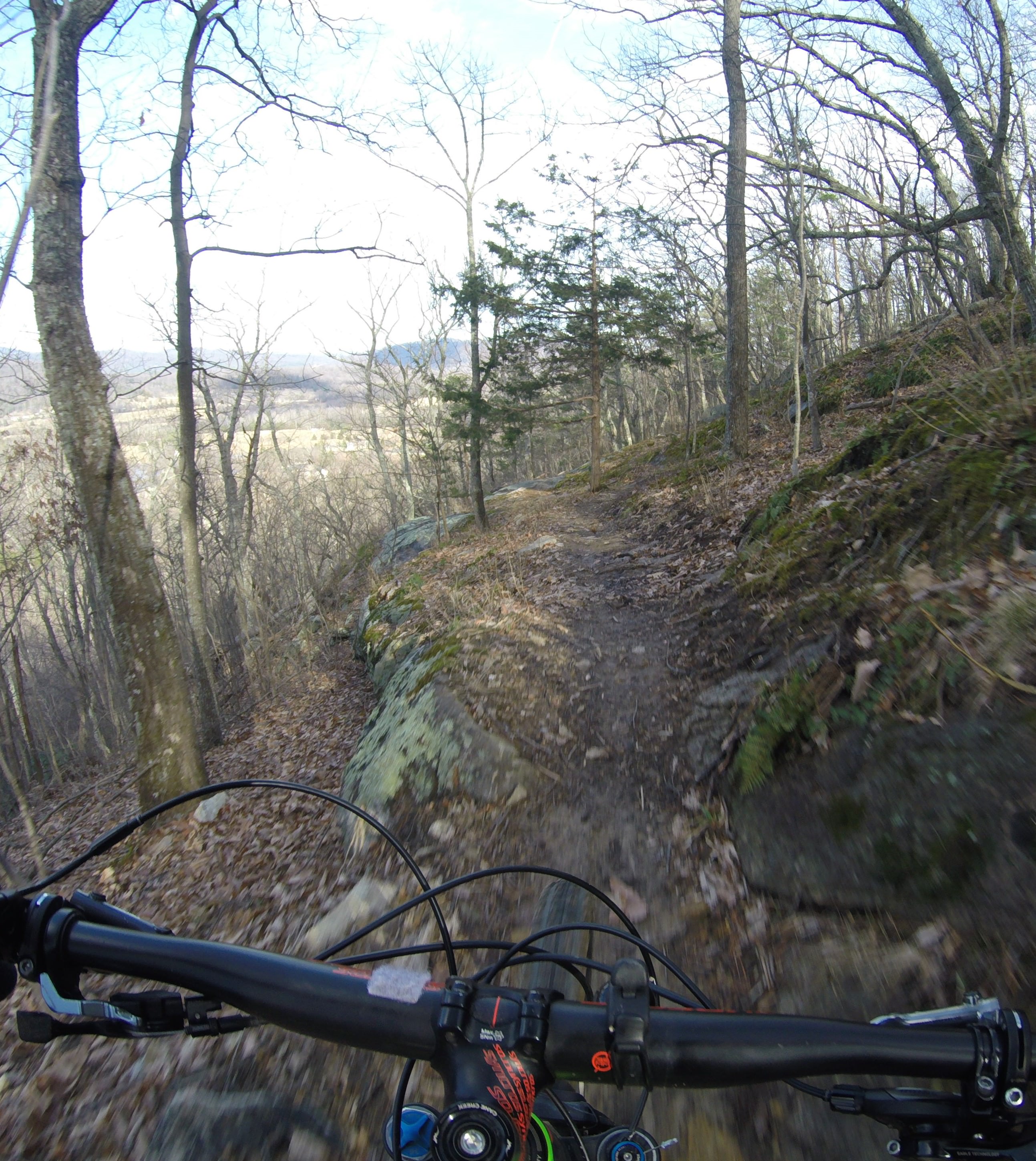 Remember all the rain from earlier?

Before hitting the trails, I consulted a friend who rides there regularly. He suggested an out-and-back route that kept me from the low areas. The wind had been gusting my entire ride TO the trails, so I was only slightly surprised to find the trails drying quickly over the course of the day. As I climbed further and further, conditions continued to improve. 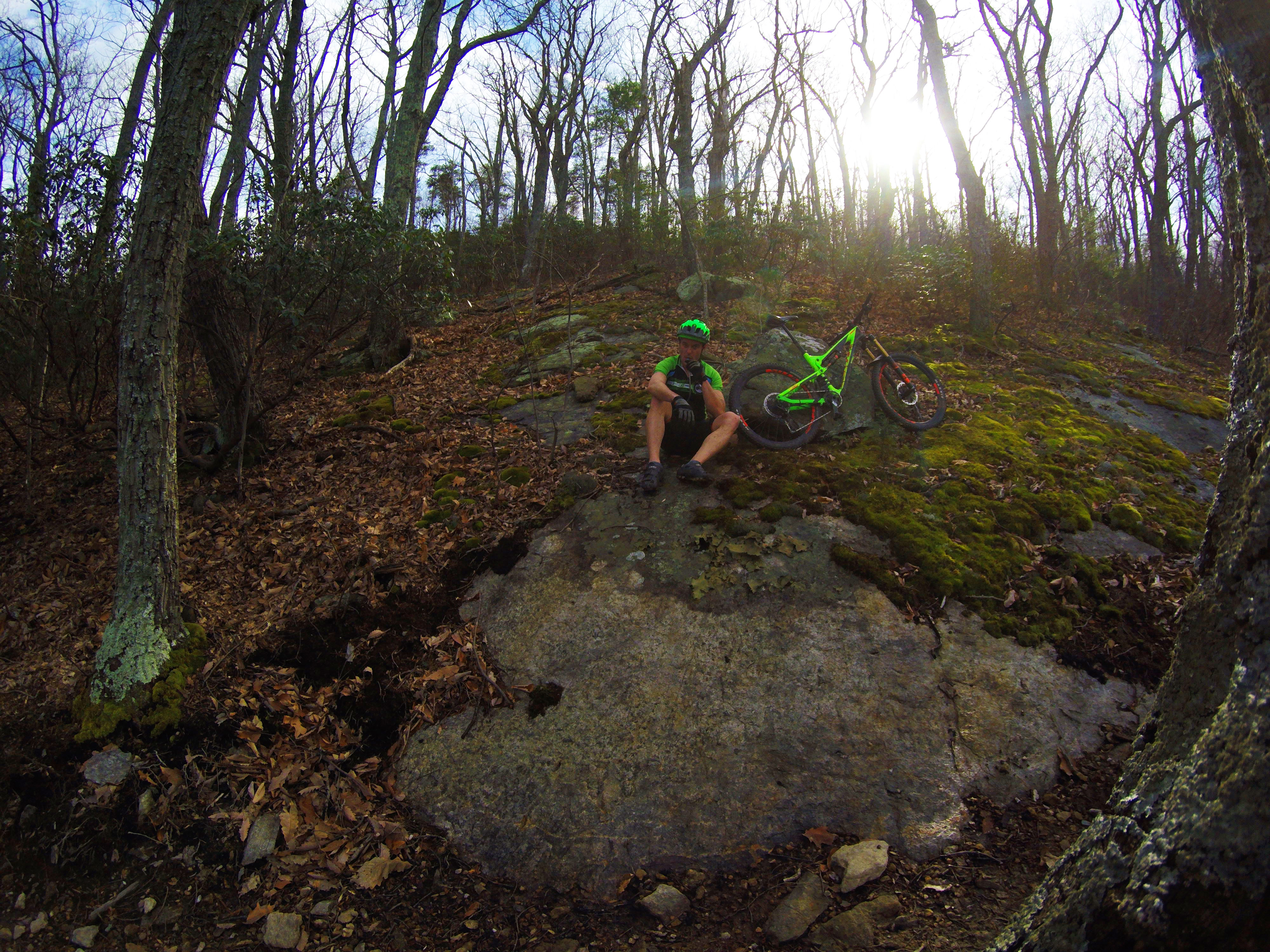 The climb is steep, and I'm getting soft in my old age - stopping several times on the ascent to catch my breath. Once at the top, though, the elevation earned was obvious as I peered down to the valley. 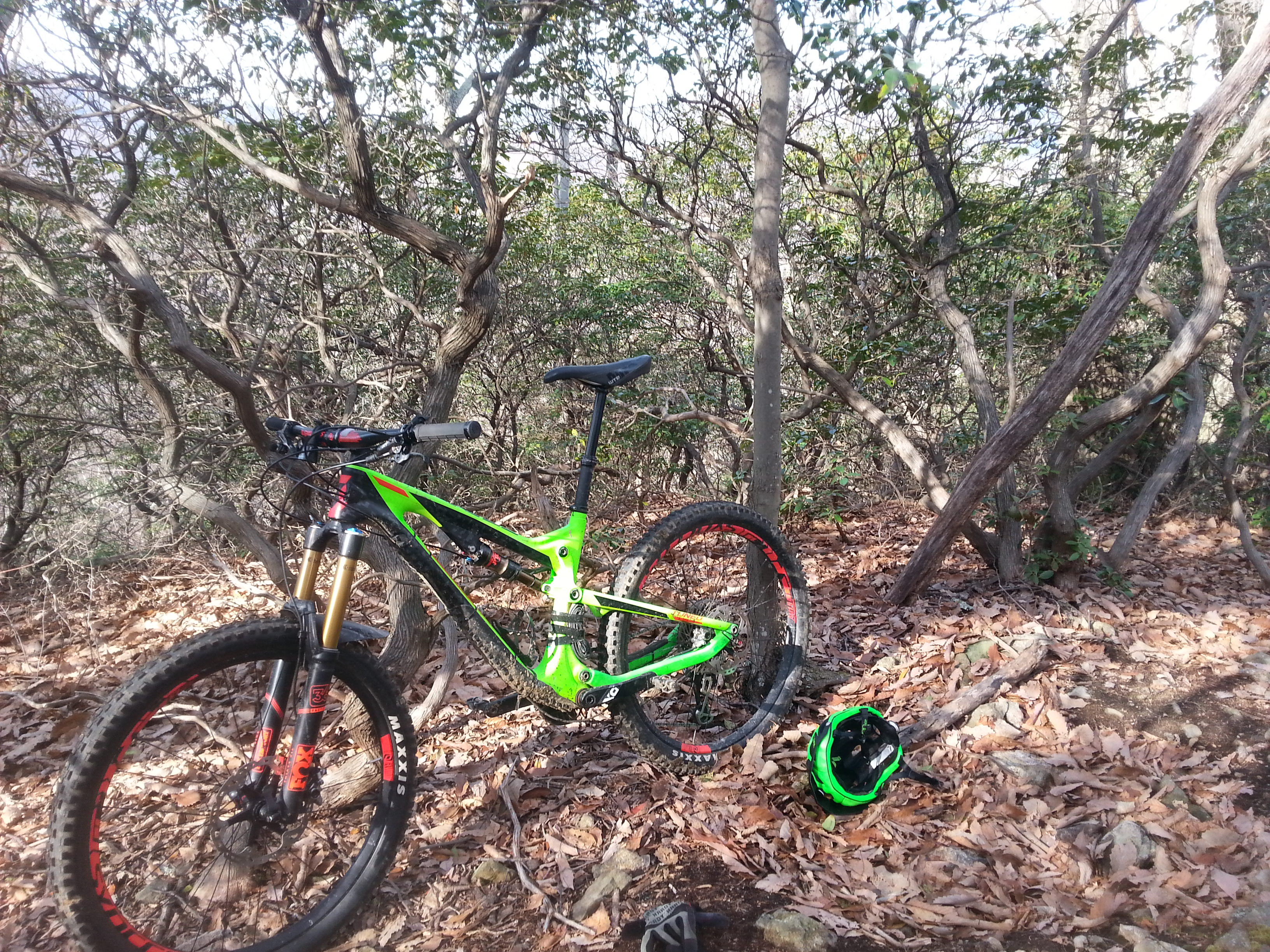 The descent was phenomenal - highlighted by bermed corners and hairy rock gardens in between. As always is the case, though, it was over in the blink of an eye. Soon enough I was back at the motorcycle swapping gear and preparing for the moto ride to rendezvous with Jeremy. 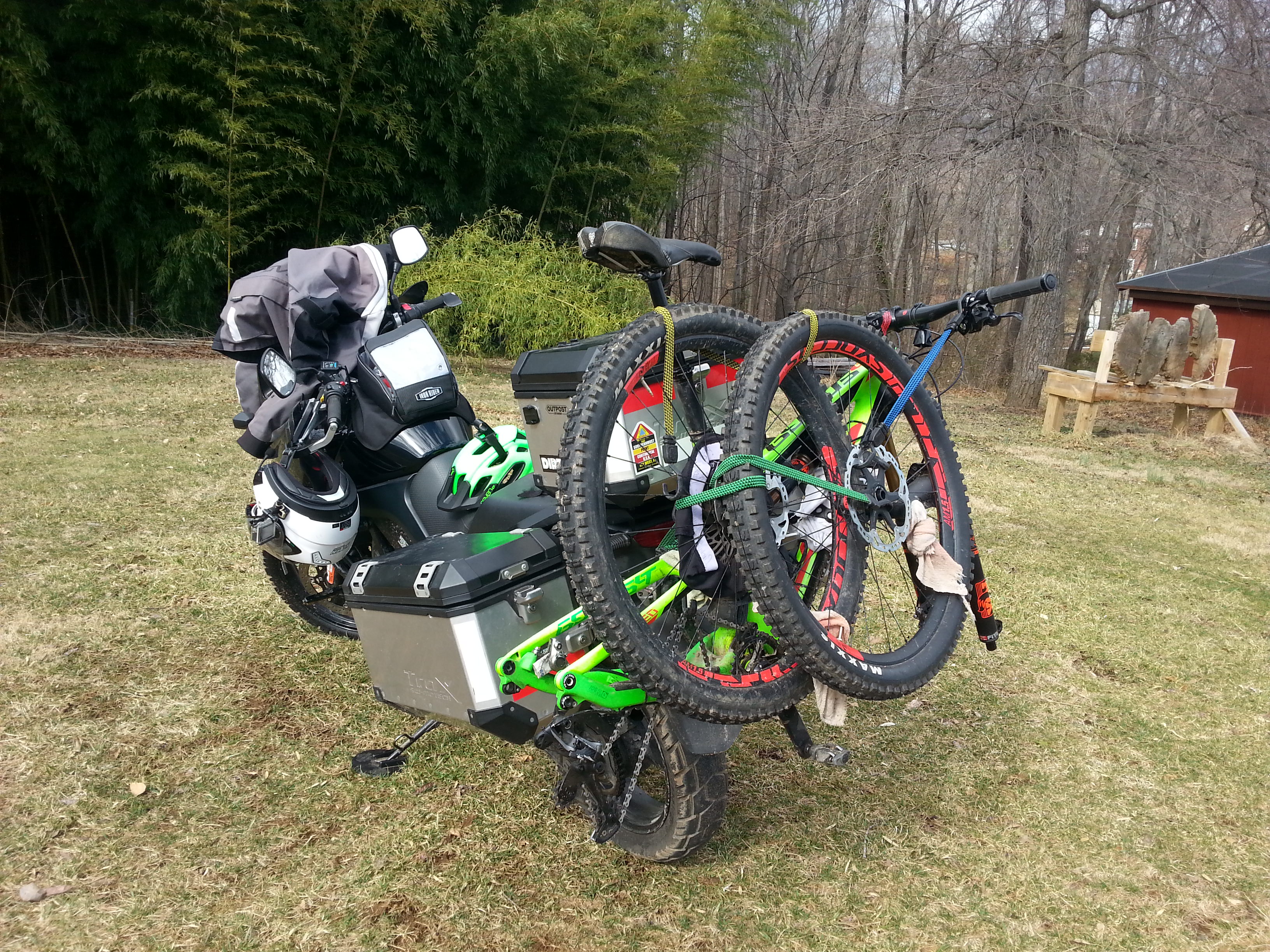 I zipped through the twisty roads, reaching Jeremy's house with enough light in the sky to kick back in the yard, sharing stories for a couple hours before finishing my ride home.

The last day of the week seemed to slip away without notice, giving way to the weekend...and more rain ;-)


For a video synopsis of the day: