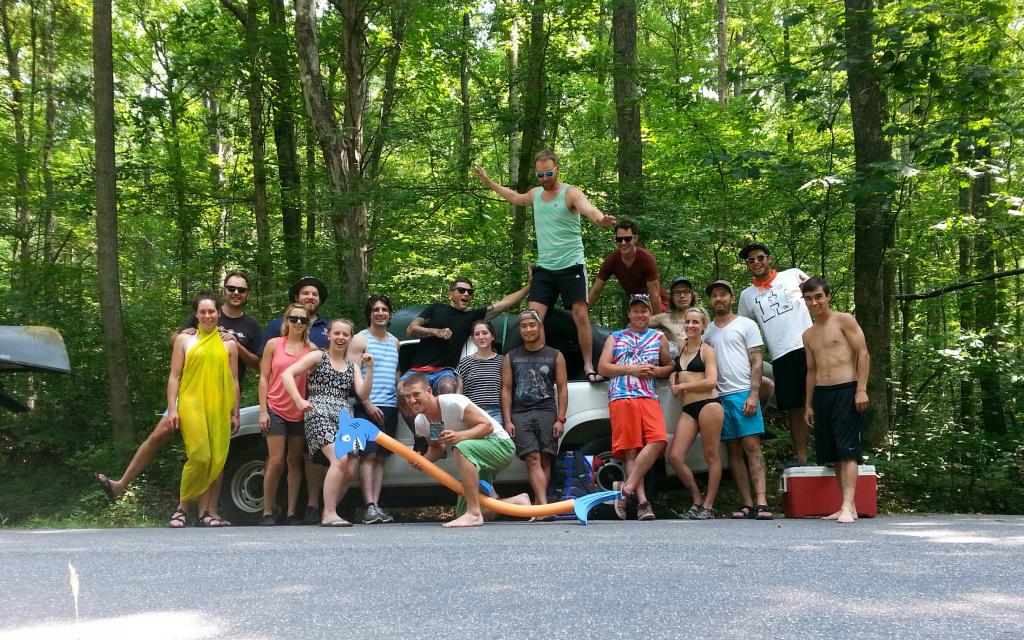 The week before the float we accumulated eighteen people to join us down the North Anna River. At the same time, the water level was steadily dropping and I was curious to know whether this year's float would turn into a "walk" instead. When we arrived at the put-in we were glad to see some depth, although it wasn't exactly a swift current. 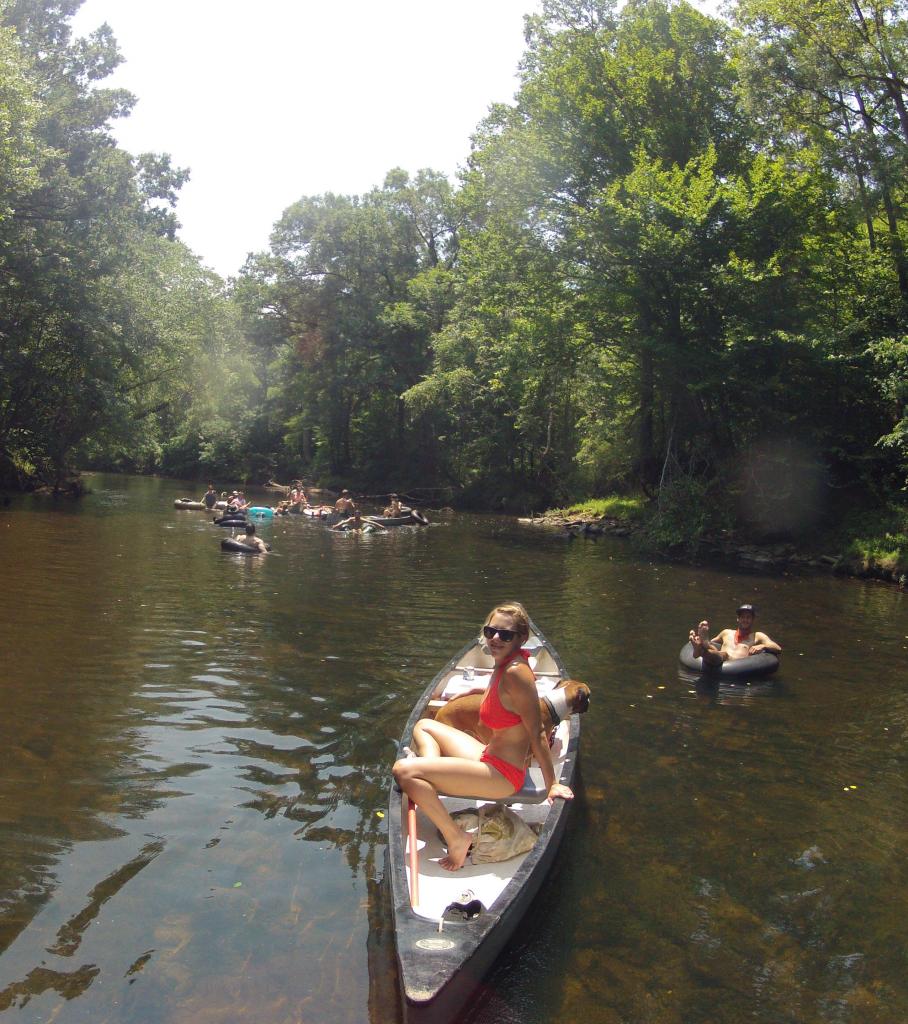 Some participants dropped out of the float and some joined the trip at the last minute, which somehow landed us right back at our expected group of eighteen floaters. The mix of friends this year was great and a lot of new friendships were formed. 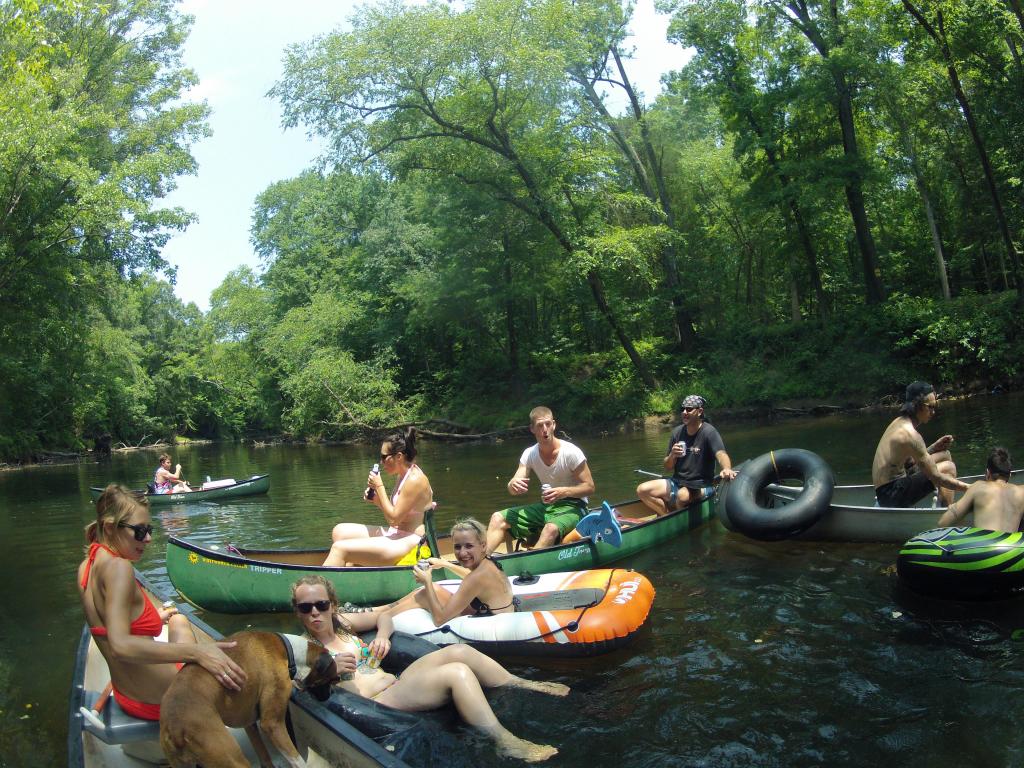 I was looking forward to bringing my new dog Ruprecht along, but he was in a scuffle with Rebecca's Boston Terrier, Mr. Tuffy, and had stitches on his arm from the fight. We did bring along Rebecca's other dog Bailey. She was a hit with everyone, especially her goofy swimming style. 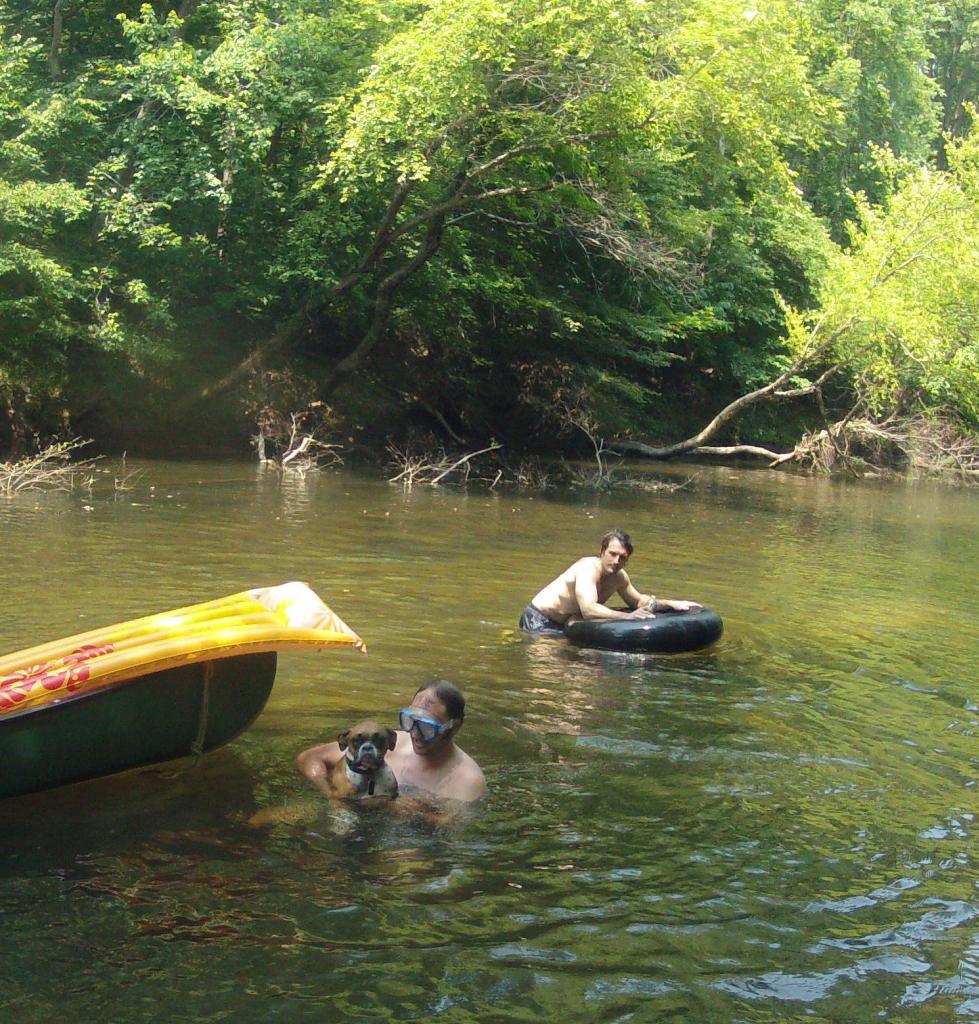 Last year our float lasted roughly three hours. This time we saw the bridge for the take-out after five hours on the water. It was perfect timing, though, as evidenced by the single remaining beer in our cooler. 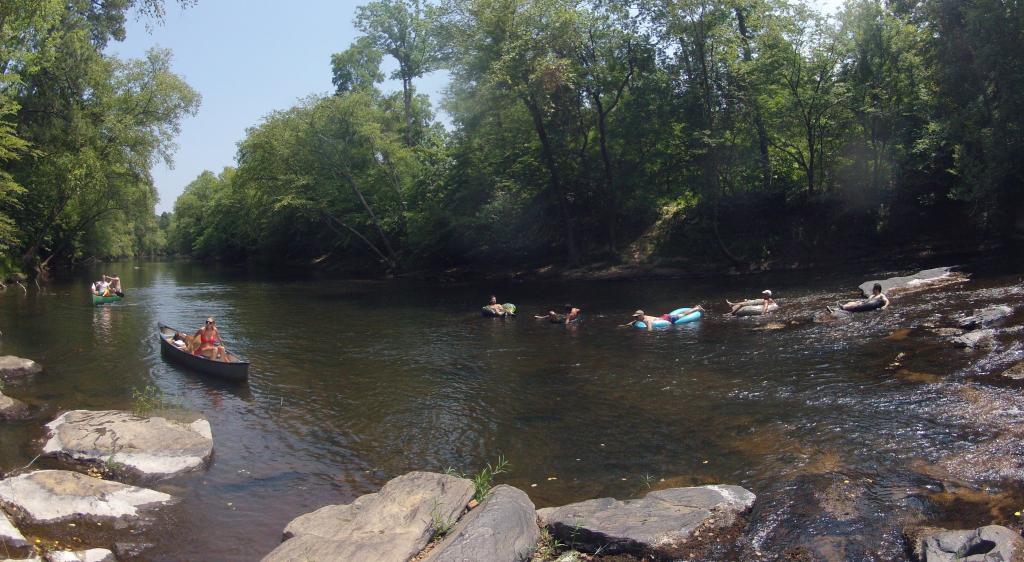 Posted by Dennis Throckmorton at 7:12 PM No comments: