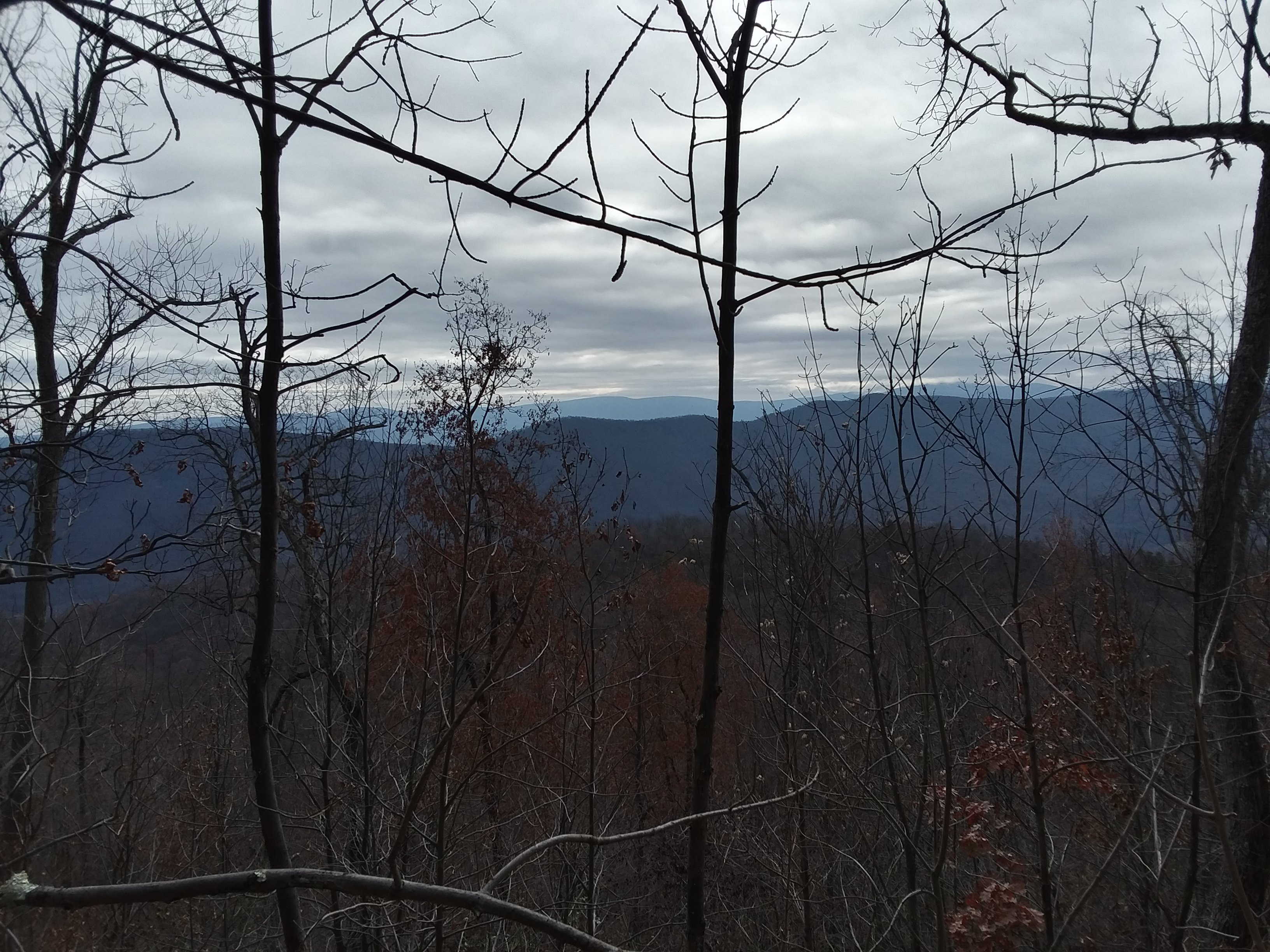 The day after Thanksgiving, I decided to head to Elizabeth Furnace for an abridged loop of the Figure 8 of Hate. 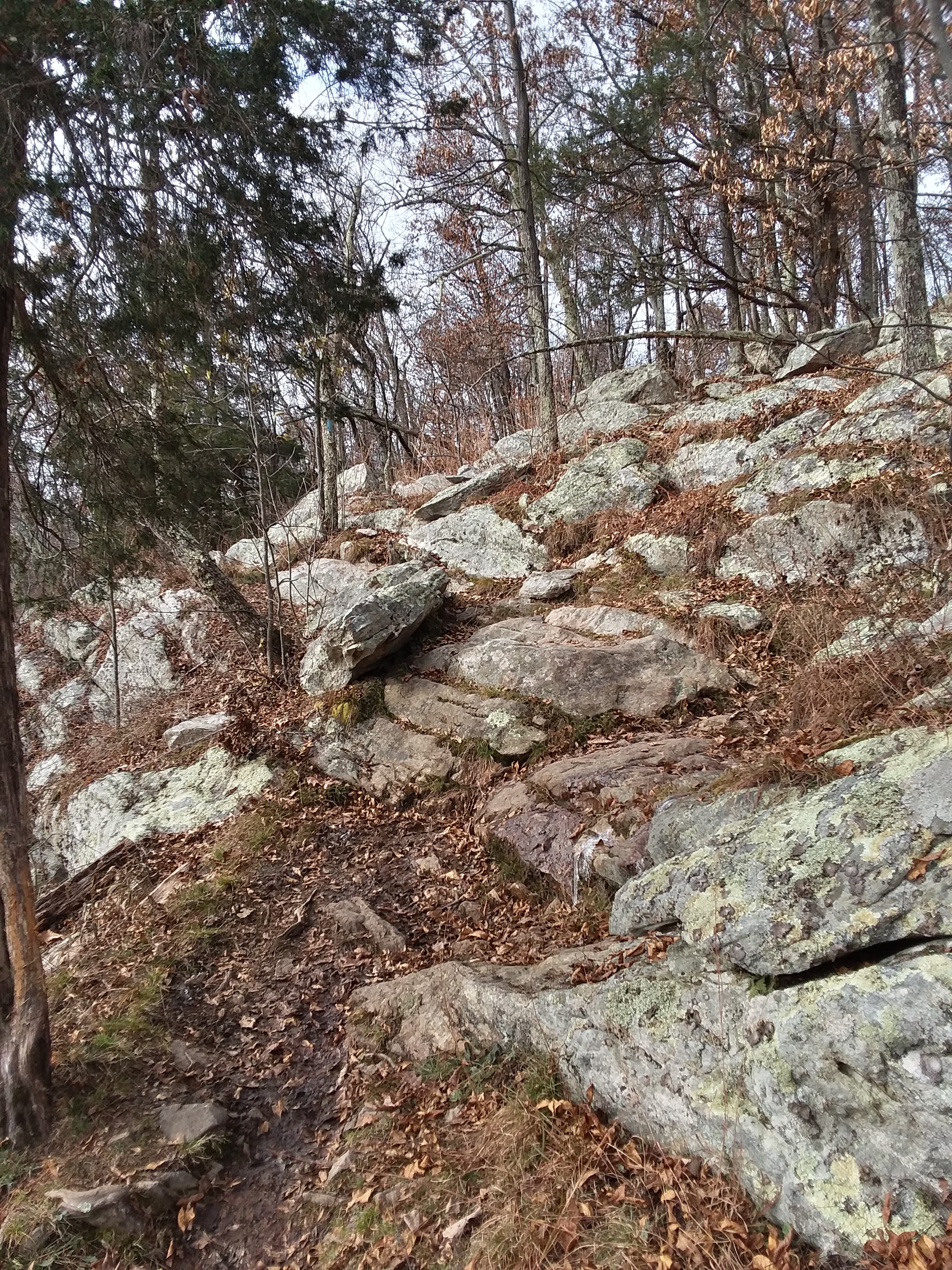 The temperature on the dashboard read 28 degrees when I set out for the trailhead at 6:30am. This would normally be a dreadful sight, but I must admit that nearly any temperature is bearable as long as I'm using my Bar Mitts and Louis Garneau ear covers.

The loop did feature several water crossings. Most could be rock-hopped, but some required me to remove shoes & socks and simply trudge through the cold water.

Relive 'Loop of love (half of figure eight of hate)'

While in the area, I linked up with my friend Park for a ride. I met him, along with two of his buddies, early in the morning for a quick session before Rebecca and I were set to leave North Carolina. As always, he did not dissapoint. 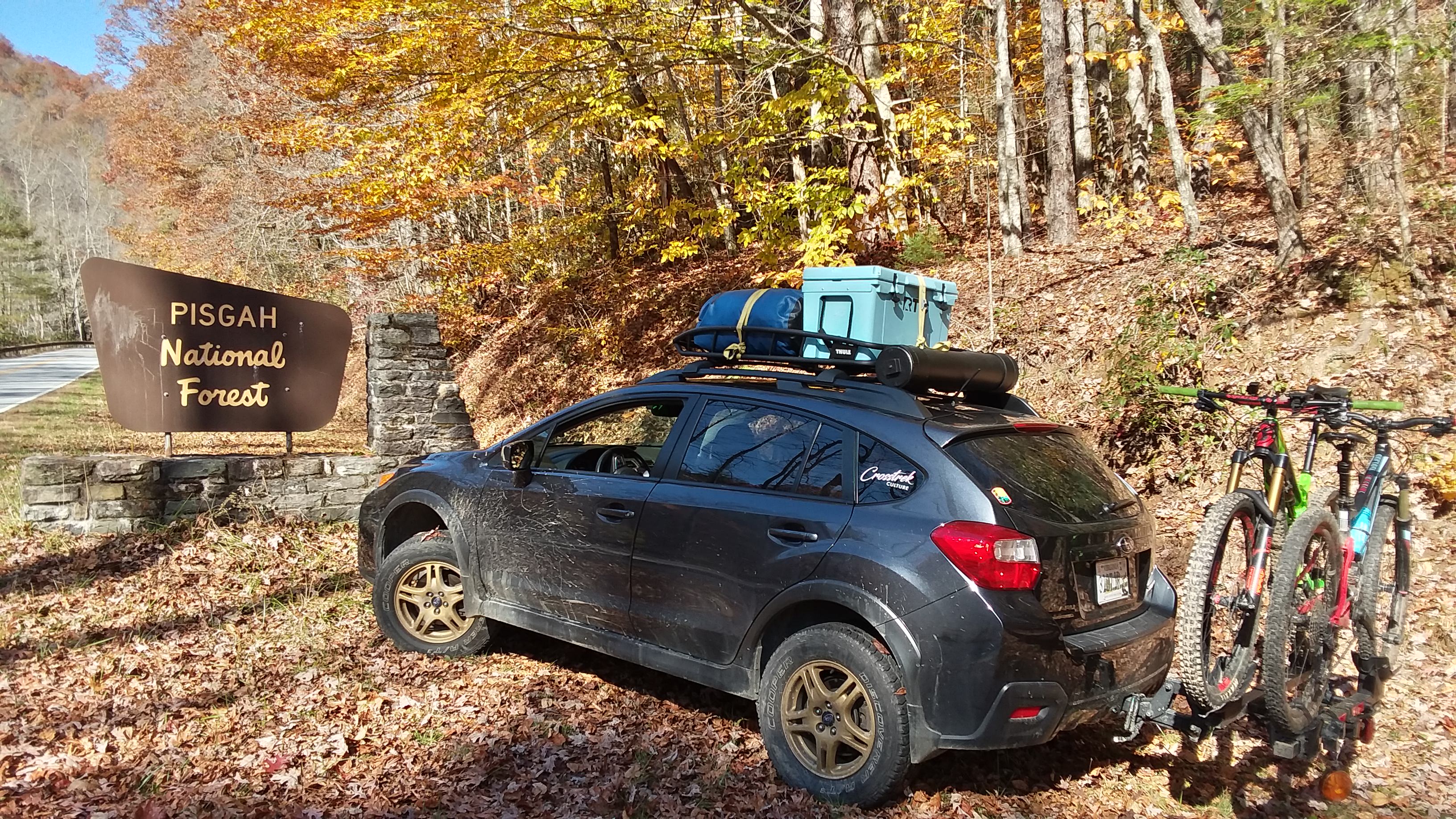 After my morning at the Overland Expo, I headed back to the AirBnb to rendezvous with Rebecca. The cold was creeping in and the cabin was warm & cozy, so convincing her to don riding gear & head outside wasn't exactly a simple task. Eventually, though, we made our way to the trailhead of the Daniel Ridge Loop. 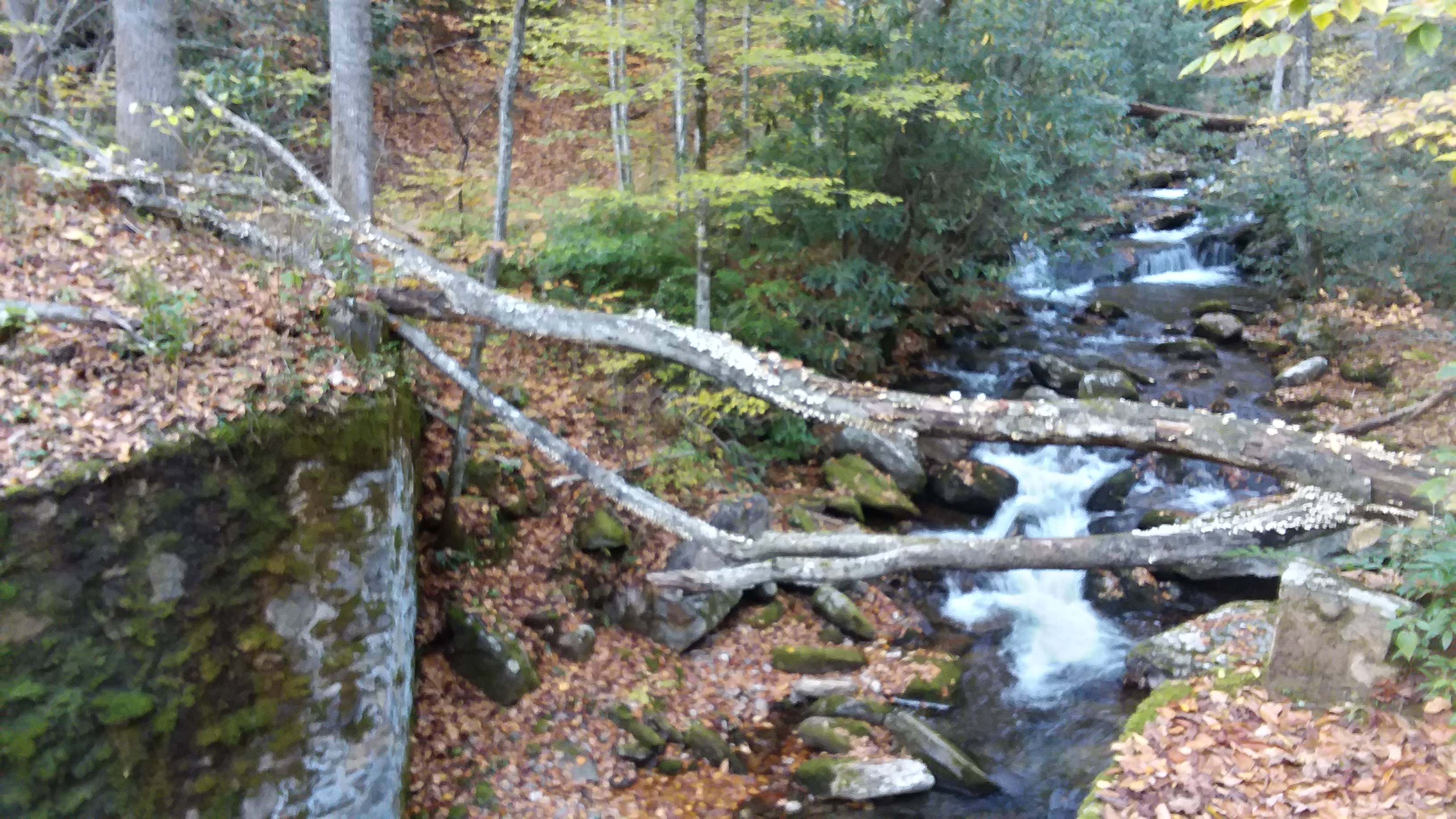 The loop seemed like a perfect afternoon ride for us and the dogs, with under 800 feet of climbing and a simple route to follow. 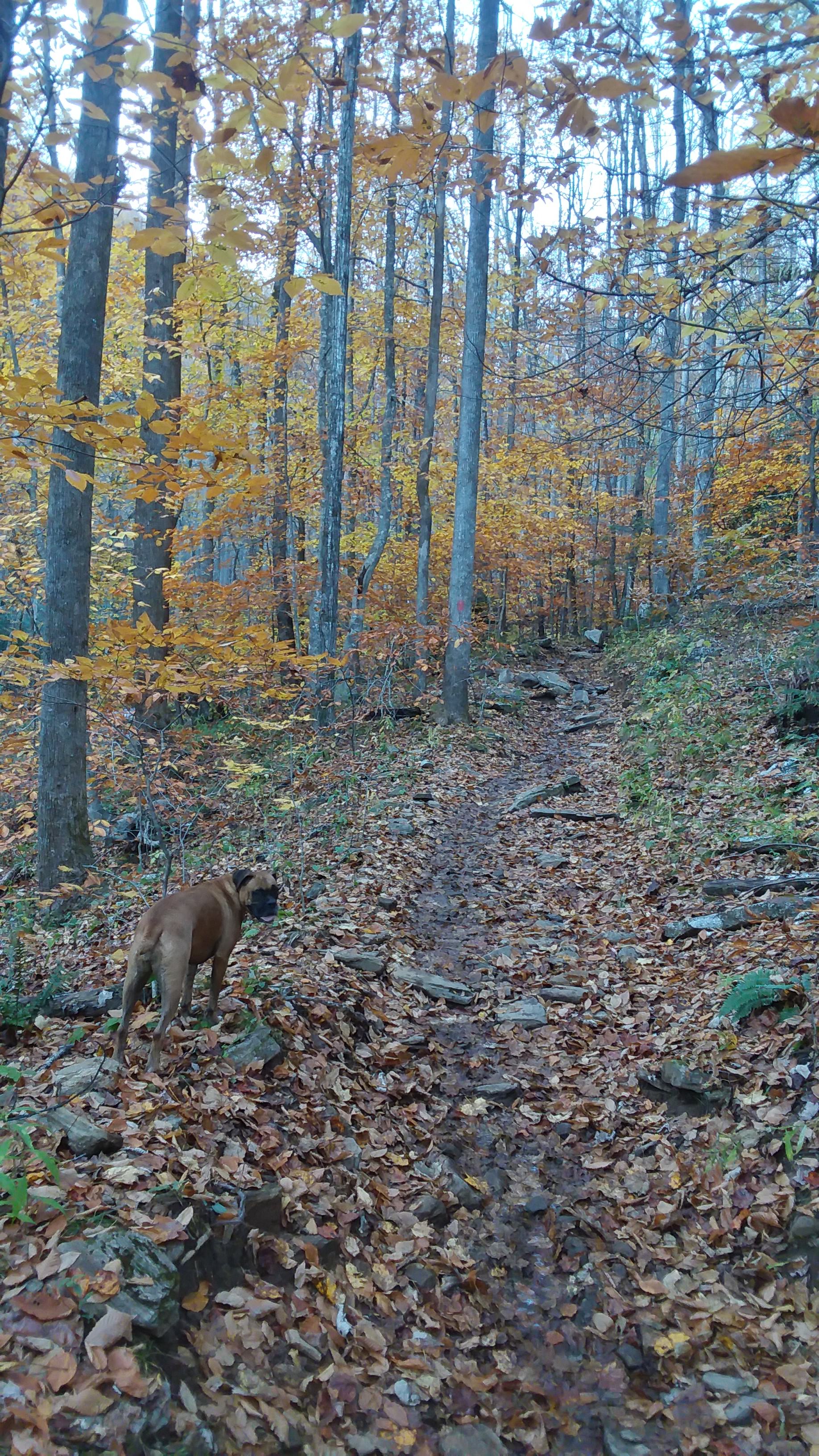 The descent was wild, with rutted lines and some rather ambitious drops. During this time of the year, another aspect of the ride is the mystery of what rocky gnar lies beneath the carpet of leaves. This caught Rebecca once, tossing her to the ground on an already bruised knee and hip. She triumphantly pressed on, though, insisting on getting back on the bike to pedal it out rather than allow the pain to set in. 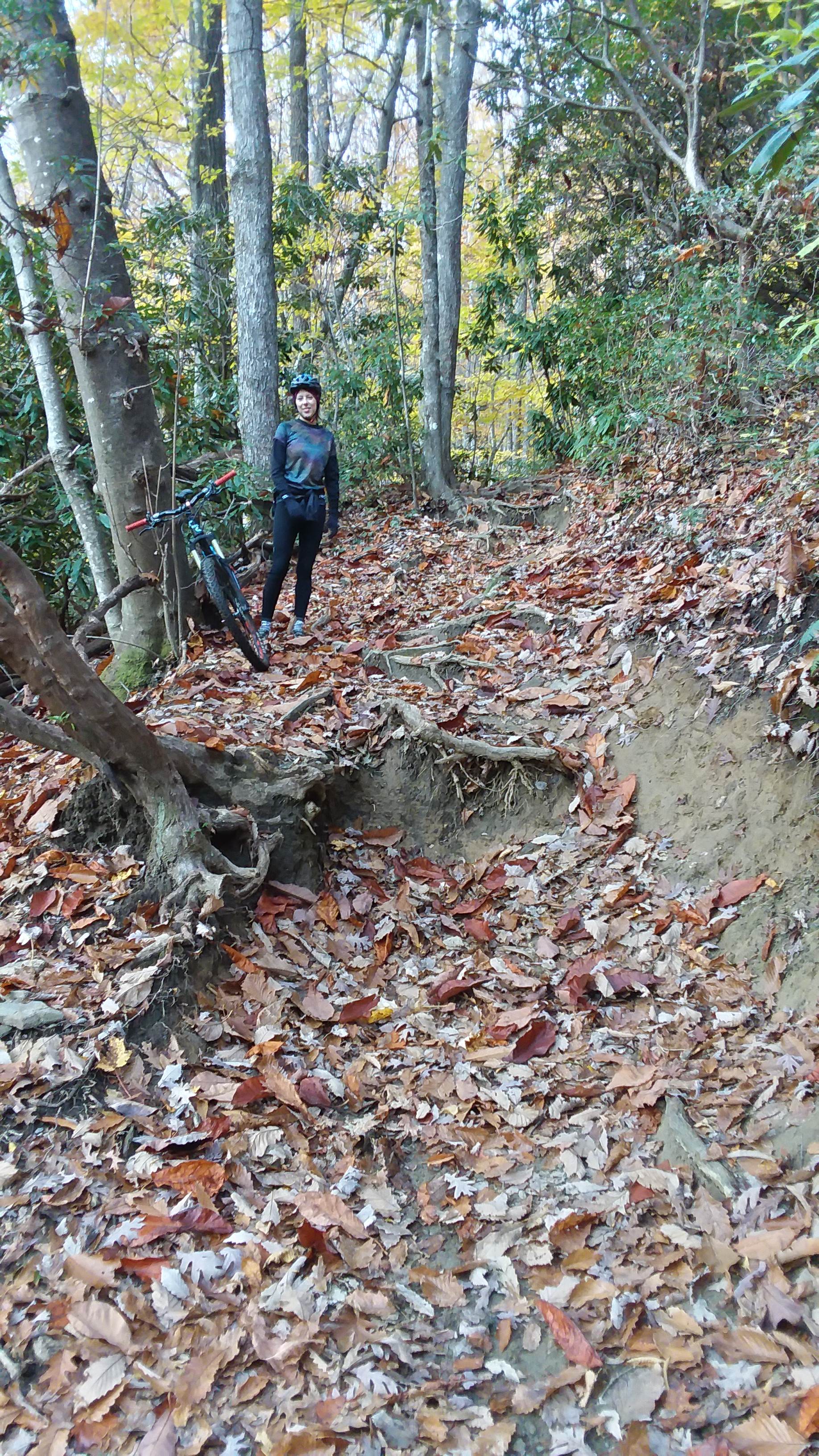 Eventually, the pain subsided and she regained her typical demeanor, getting shifty on a log pile with some radical parkour moves! 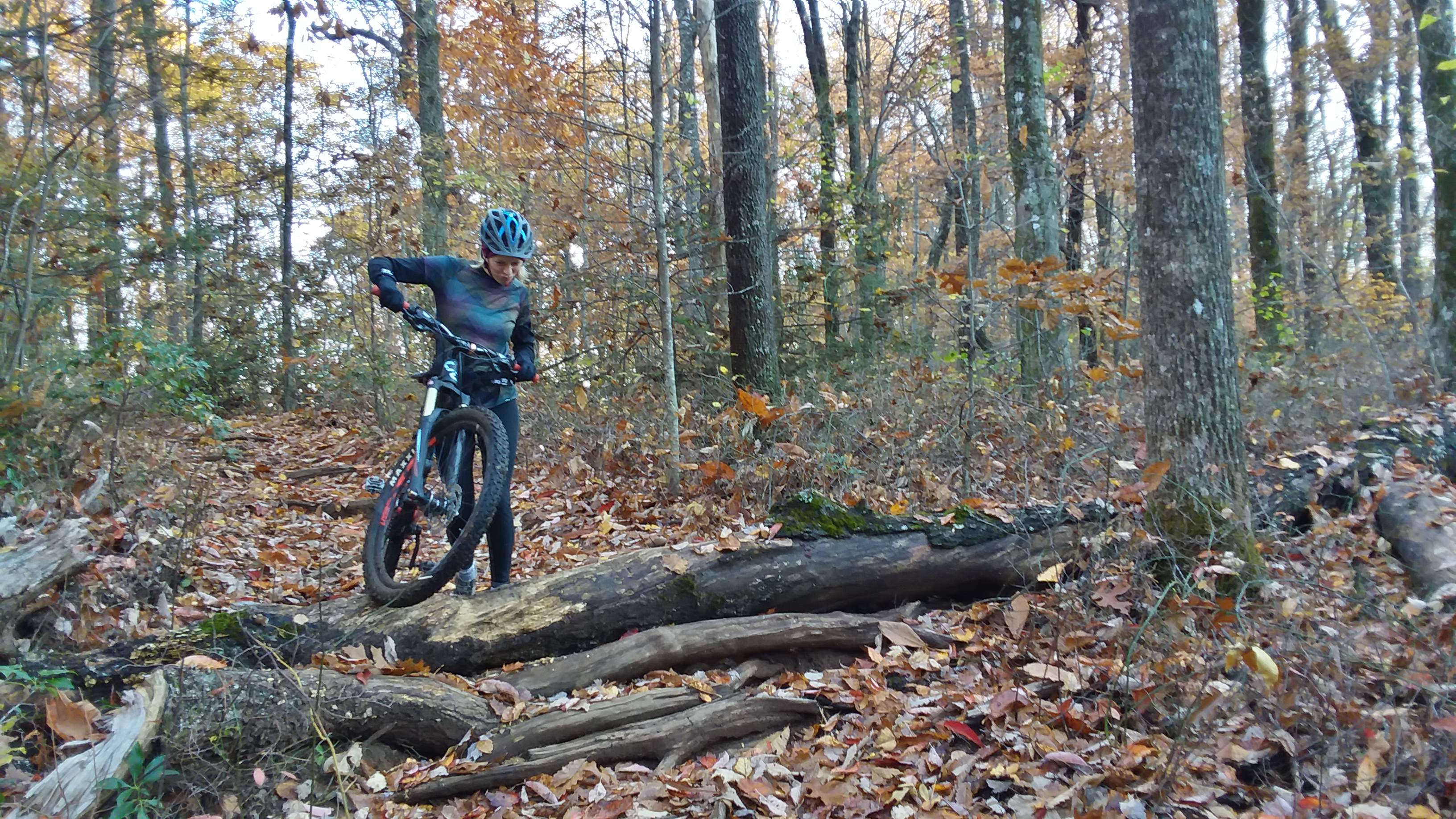 My first experience at the Overland Expo was great - the event featured an unbelievable amount of eye-candy in the form of outfitted rigs. 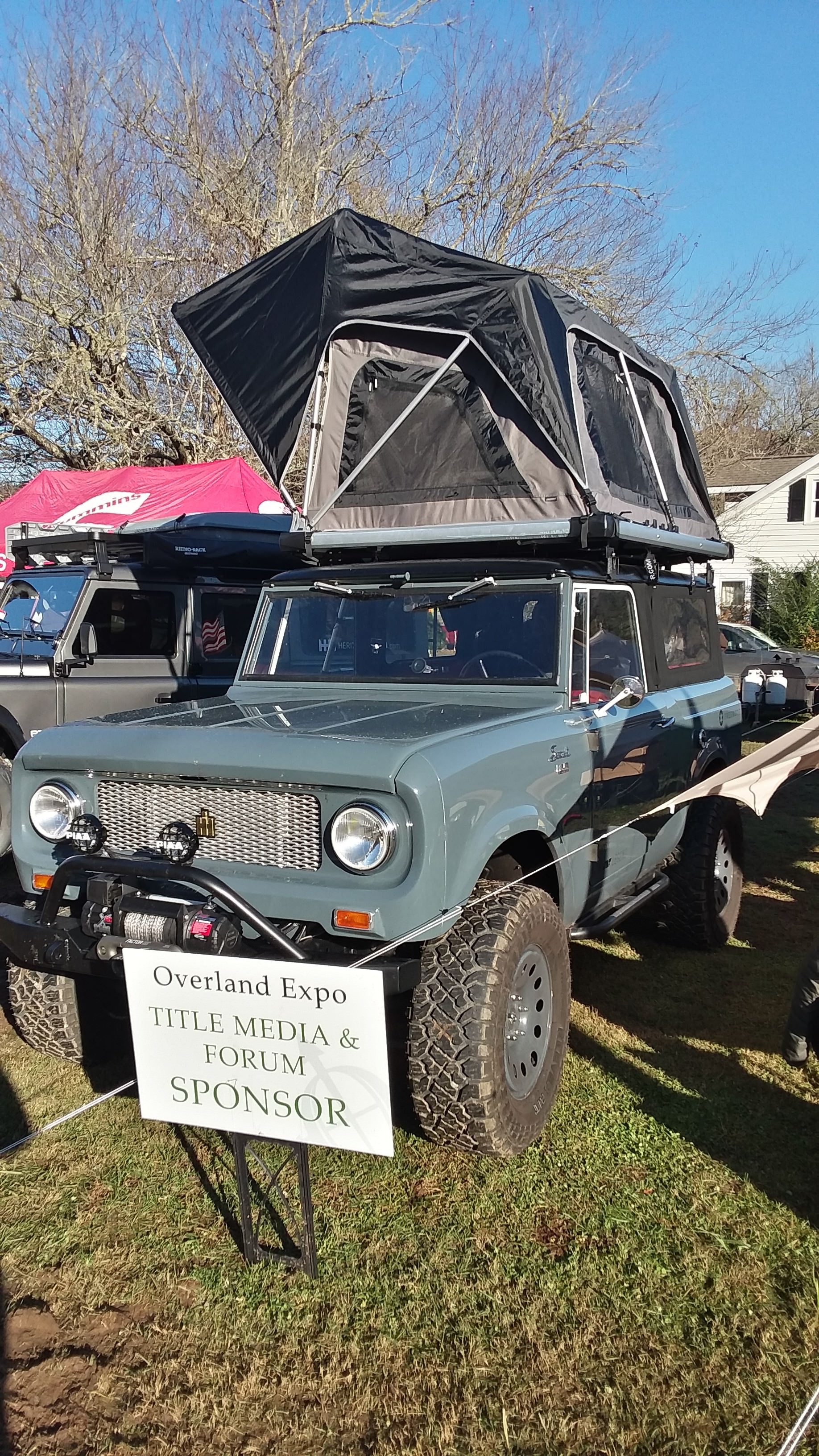 The last time I visited the REEB Ranch, it was something altogether different - the home of my riding buddy. It was almost eerie knowing that I'd been a VIP guest before and actually had the opportunity to stay inside this spectacular barn-turned-dwelling. 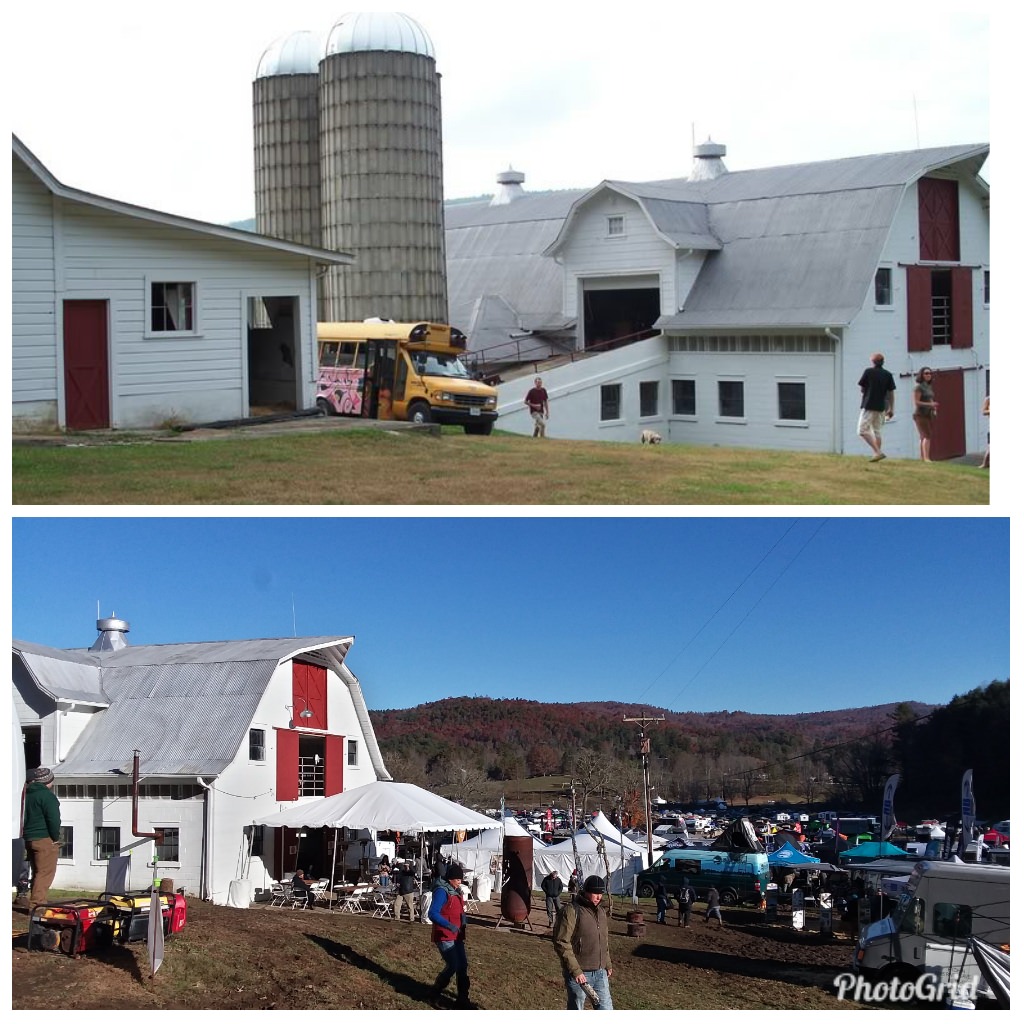 The event was packed with a multitude of vehicles. From Pinzgauer rescue vehicles to baja bugs. 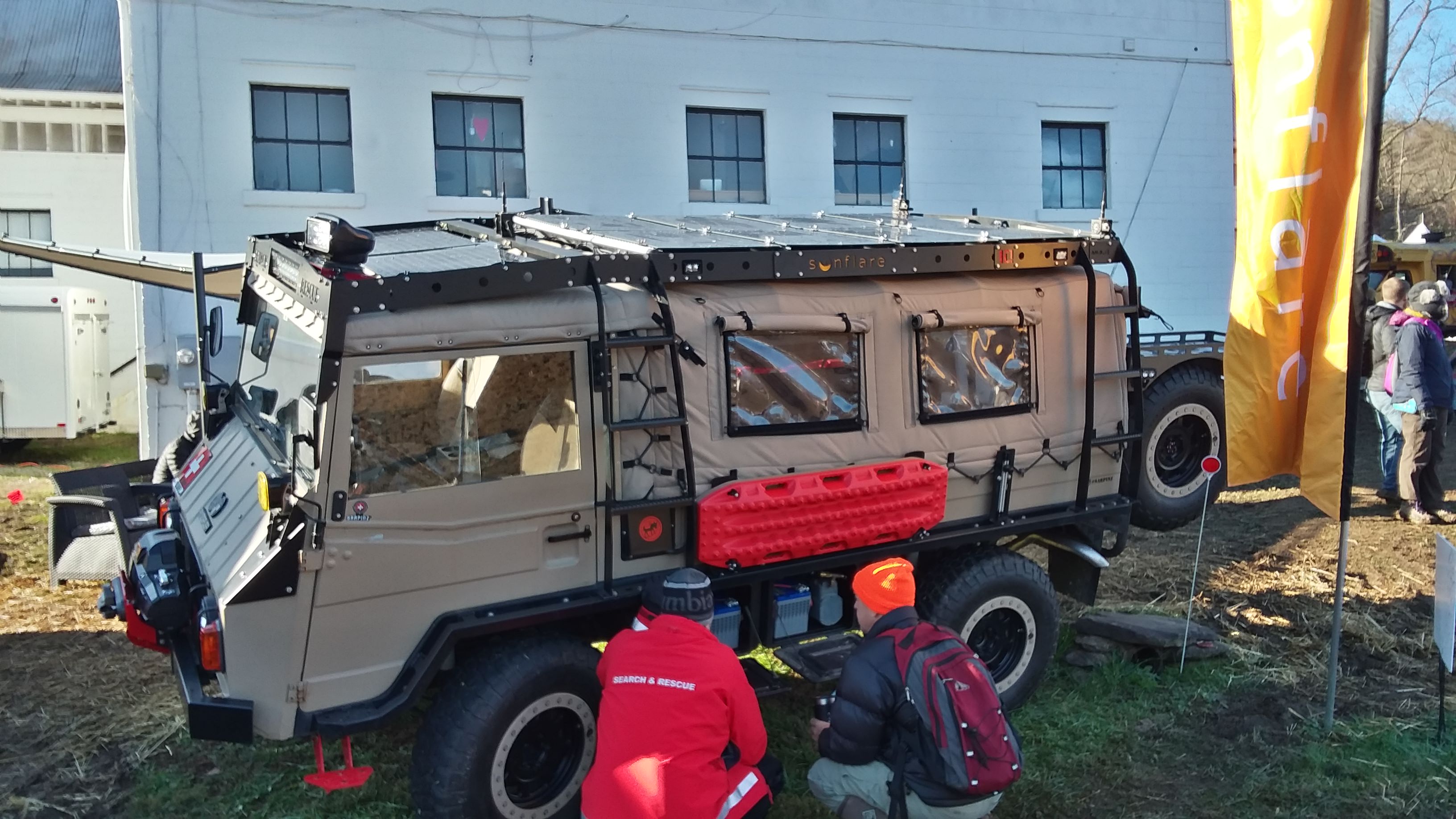 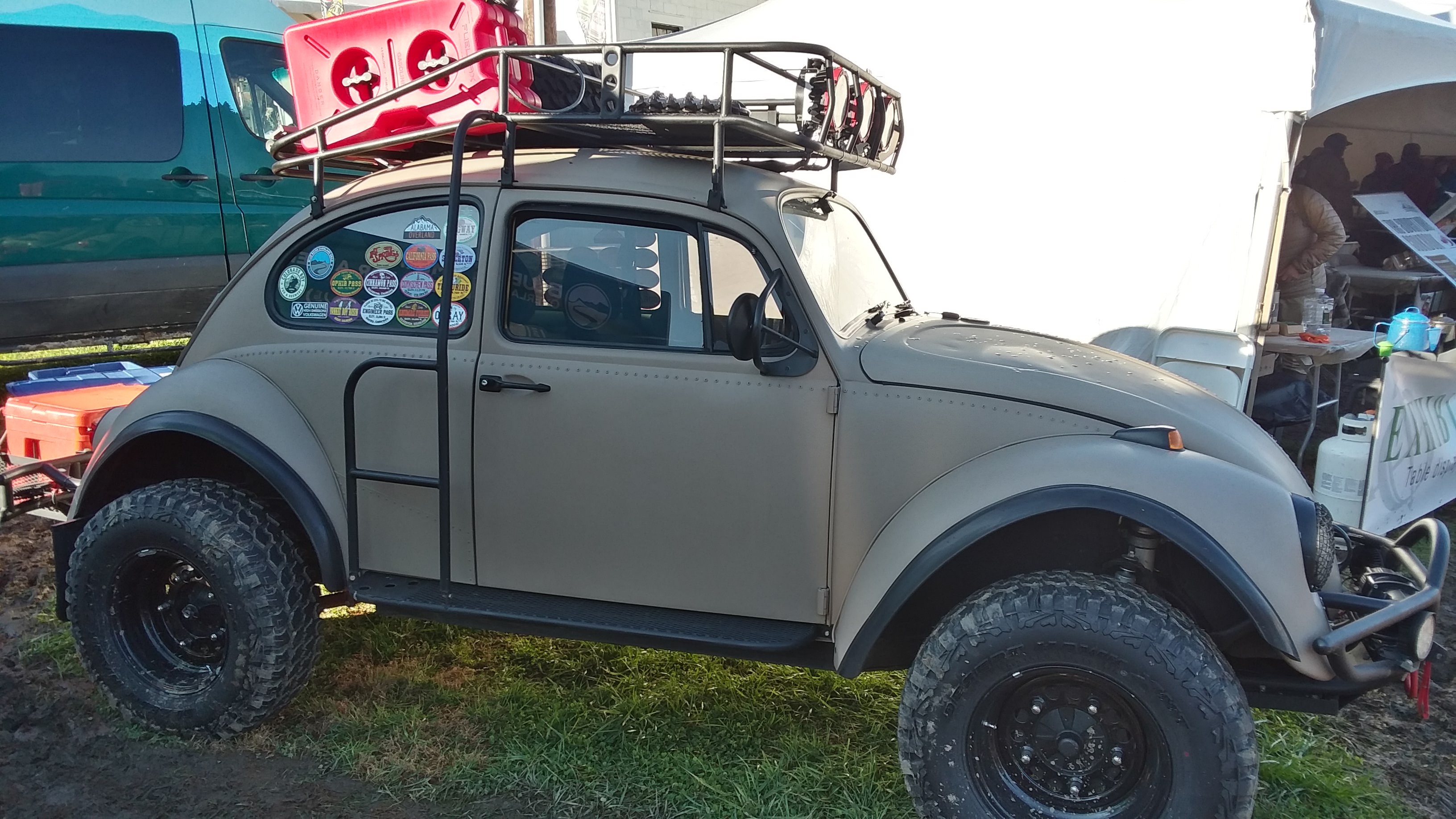 Some of the larger vehicles even dwarfed my old schoolbus. 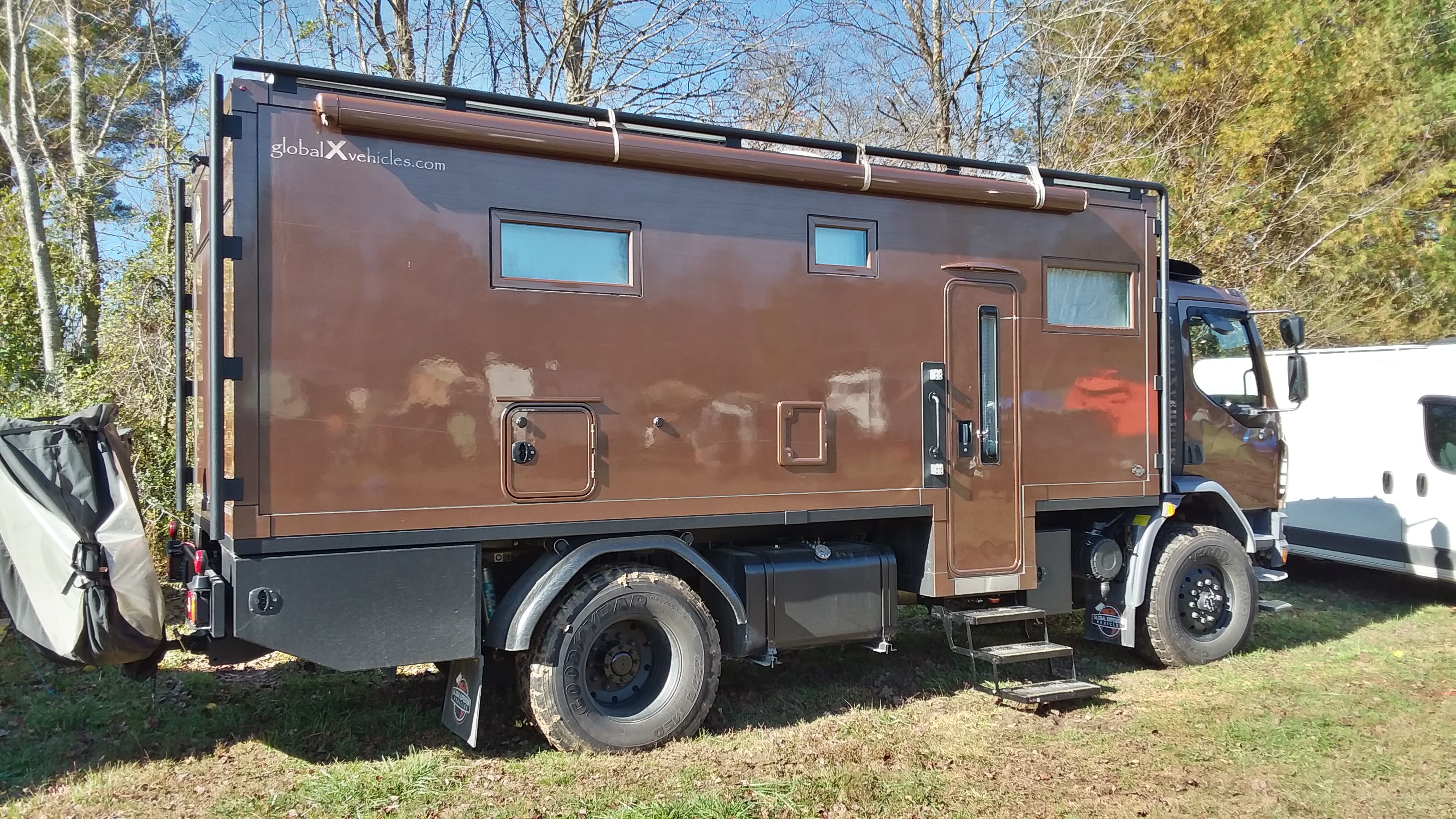 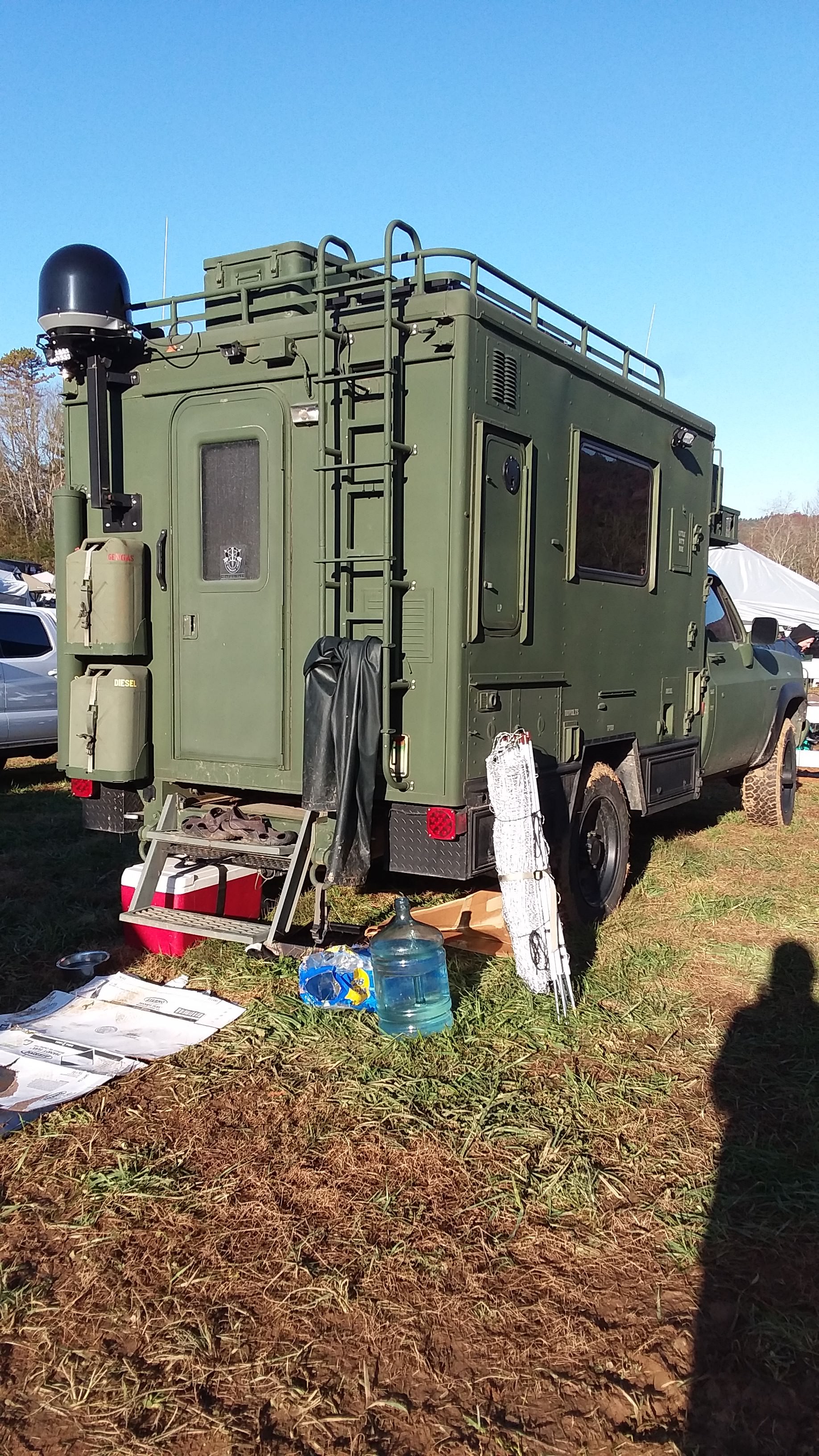 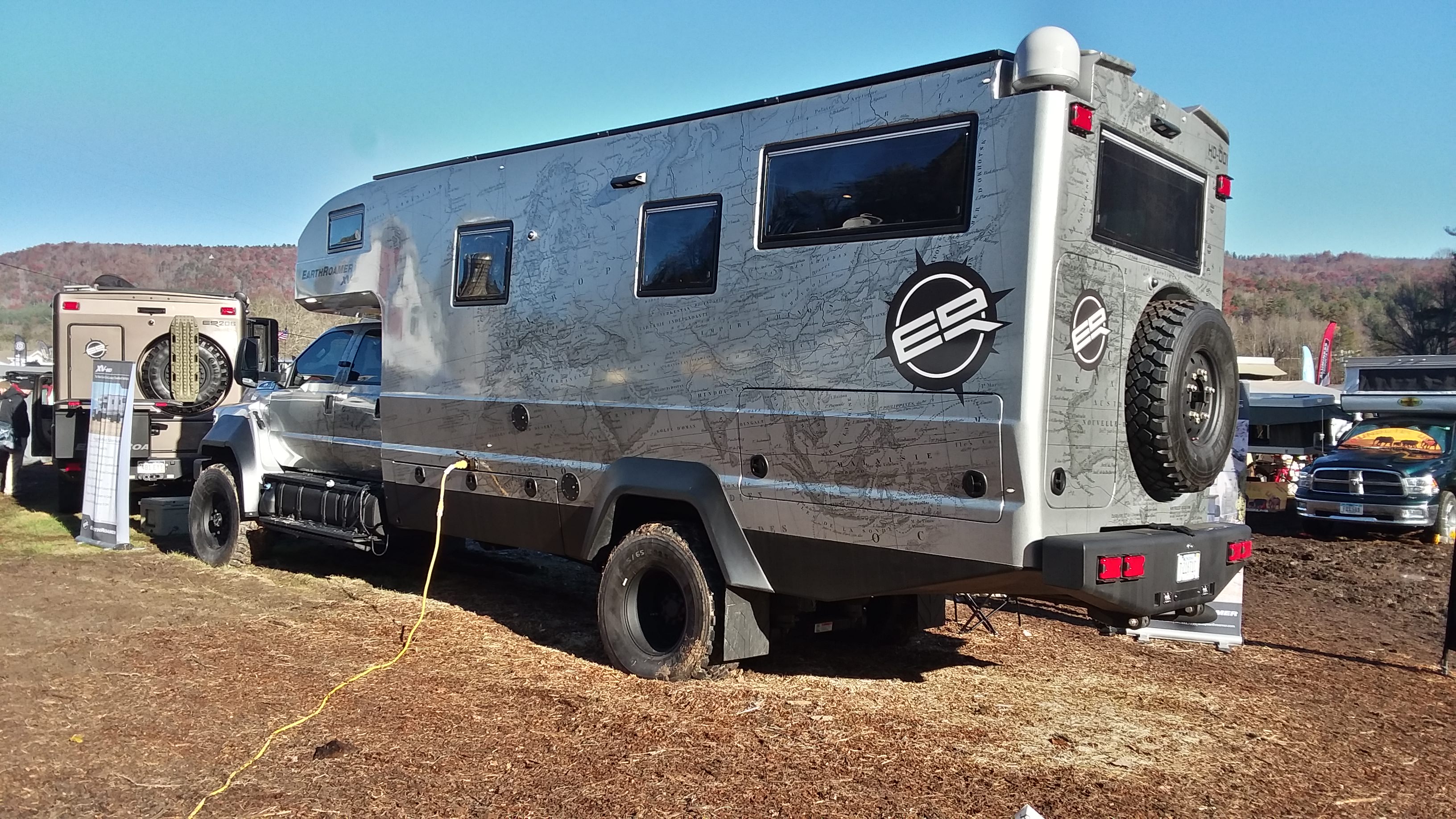 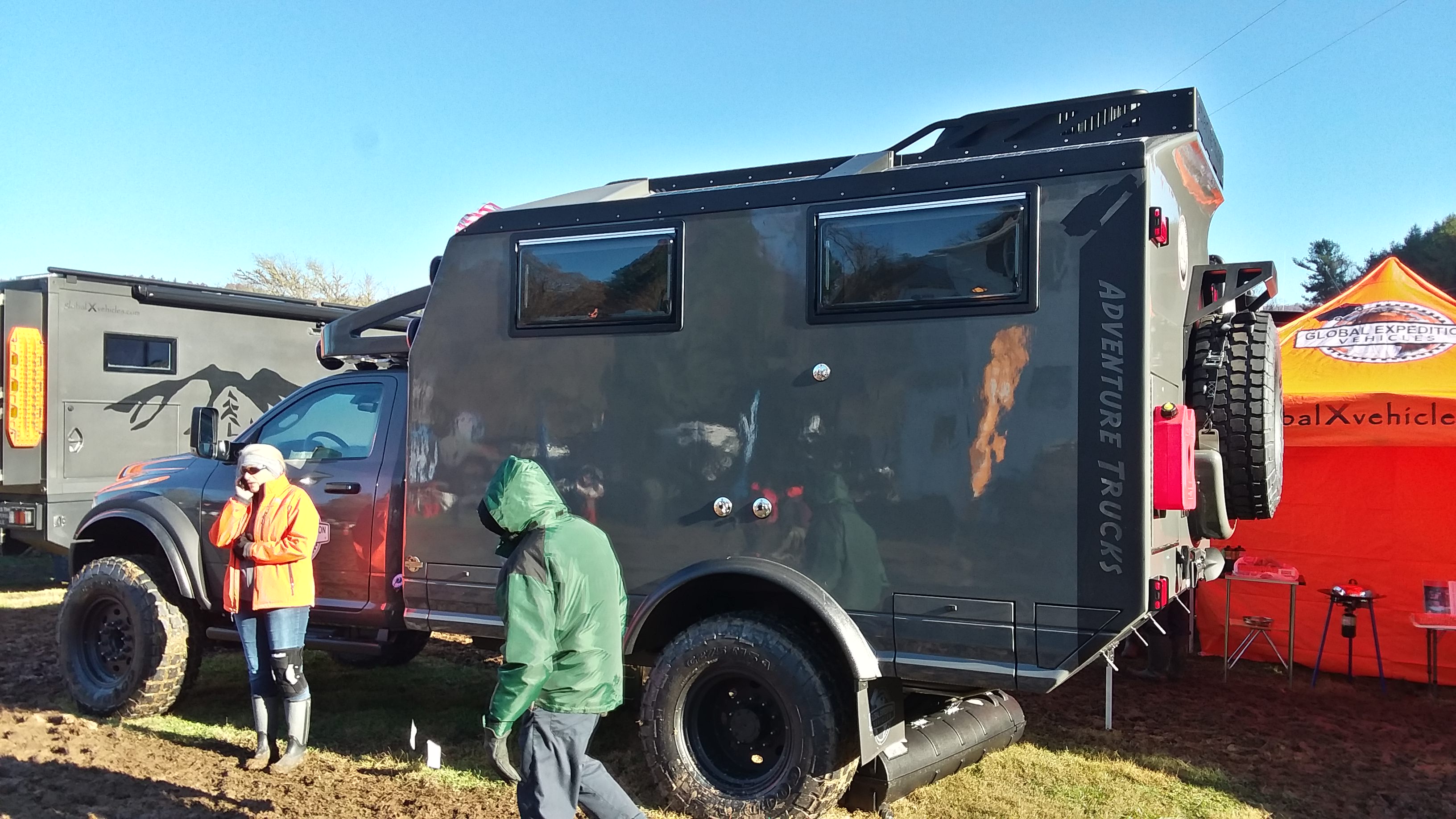 One of the all-time most revered off-road vehicles is the Toyota Land Cruiser. The expo had no shortage of them either. 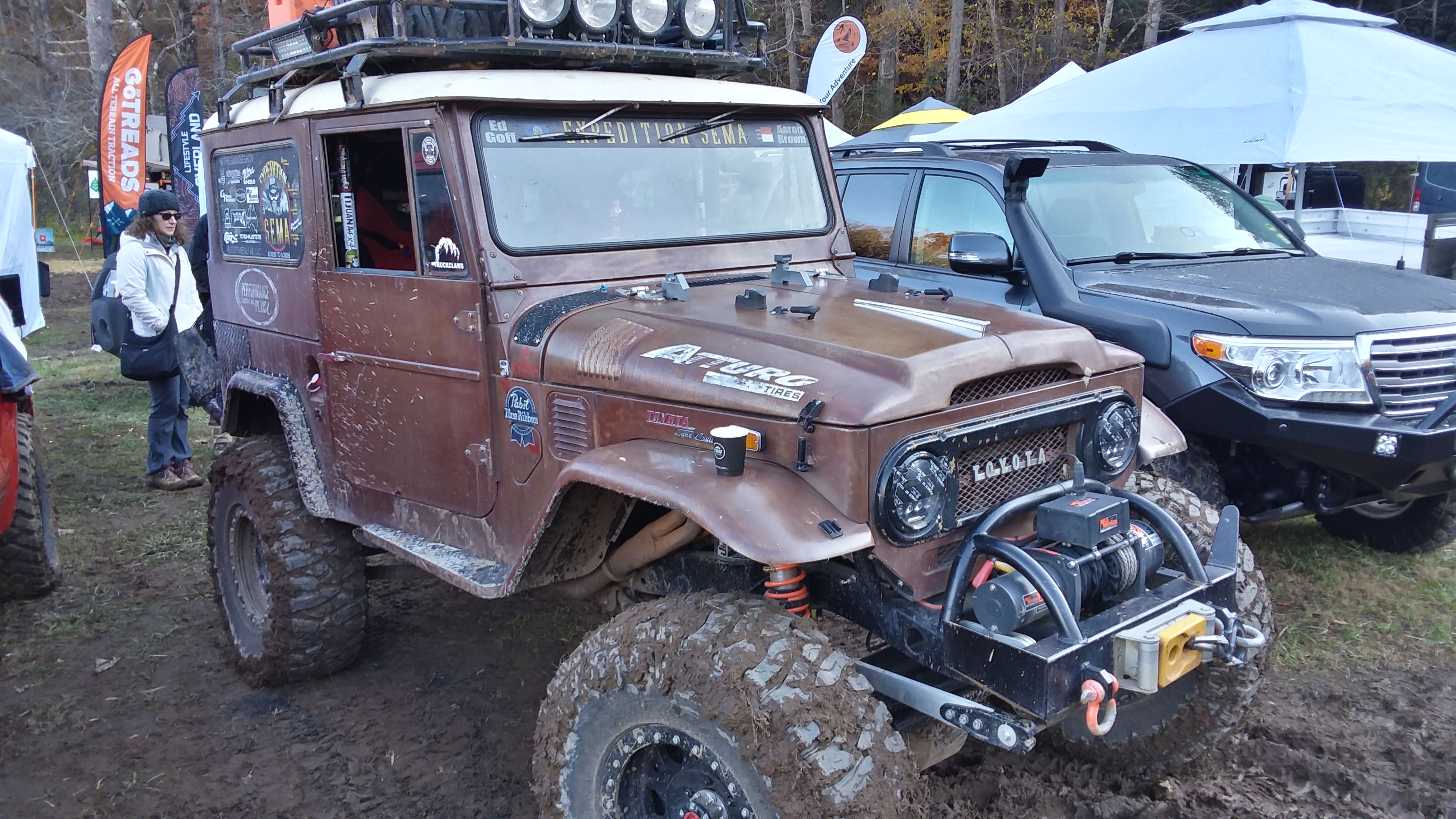 One company in particular, The FJ Company, had two models on display that were absolutely breathtaking. I'd highly recommend taking a look at some of their featured builds. 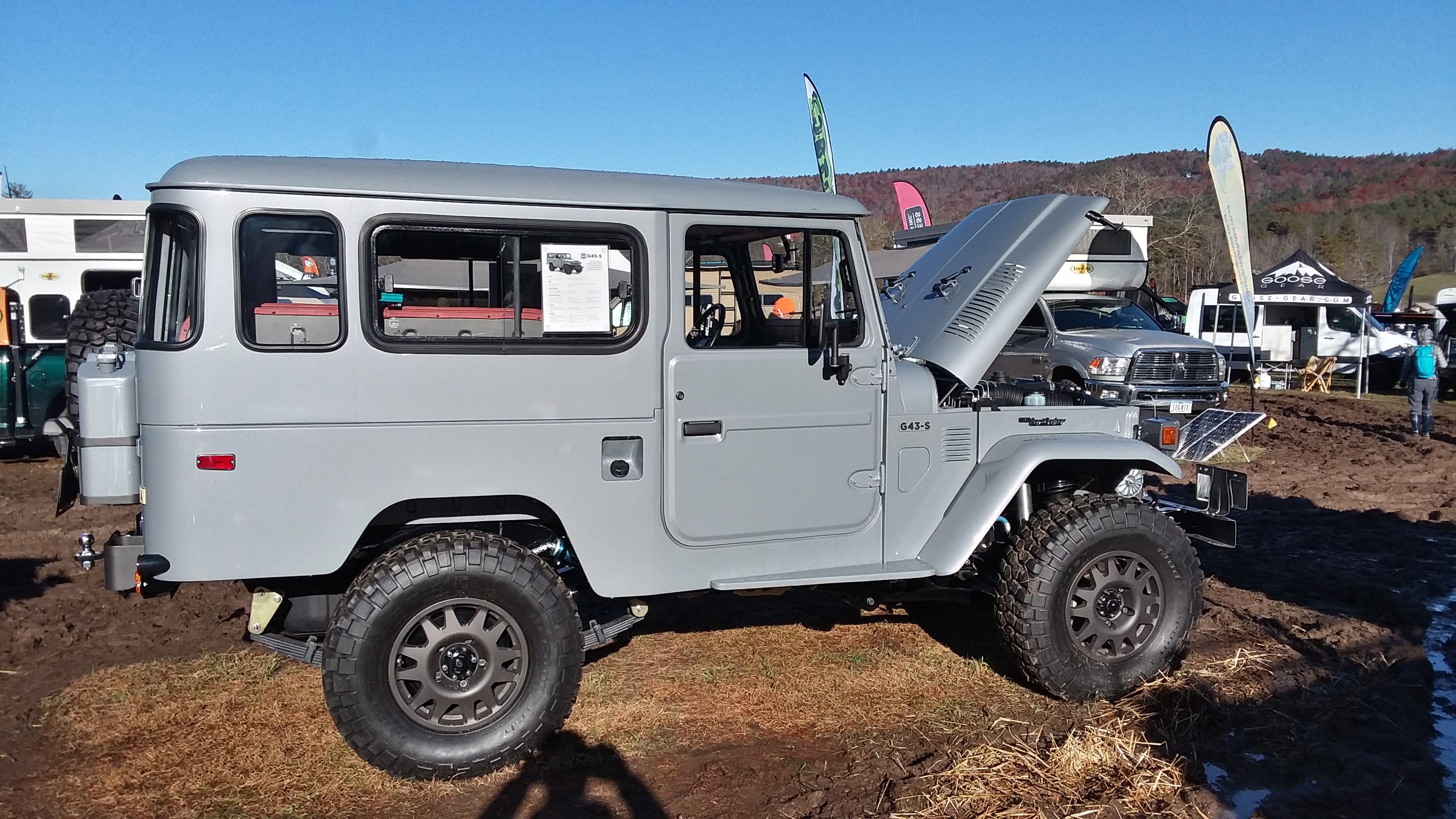 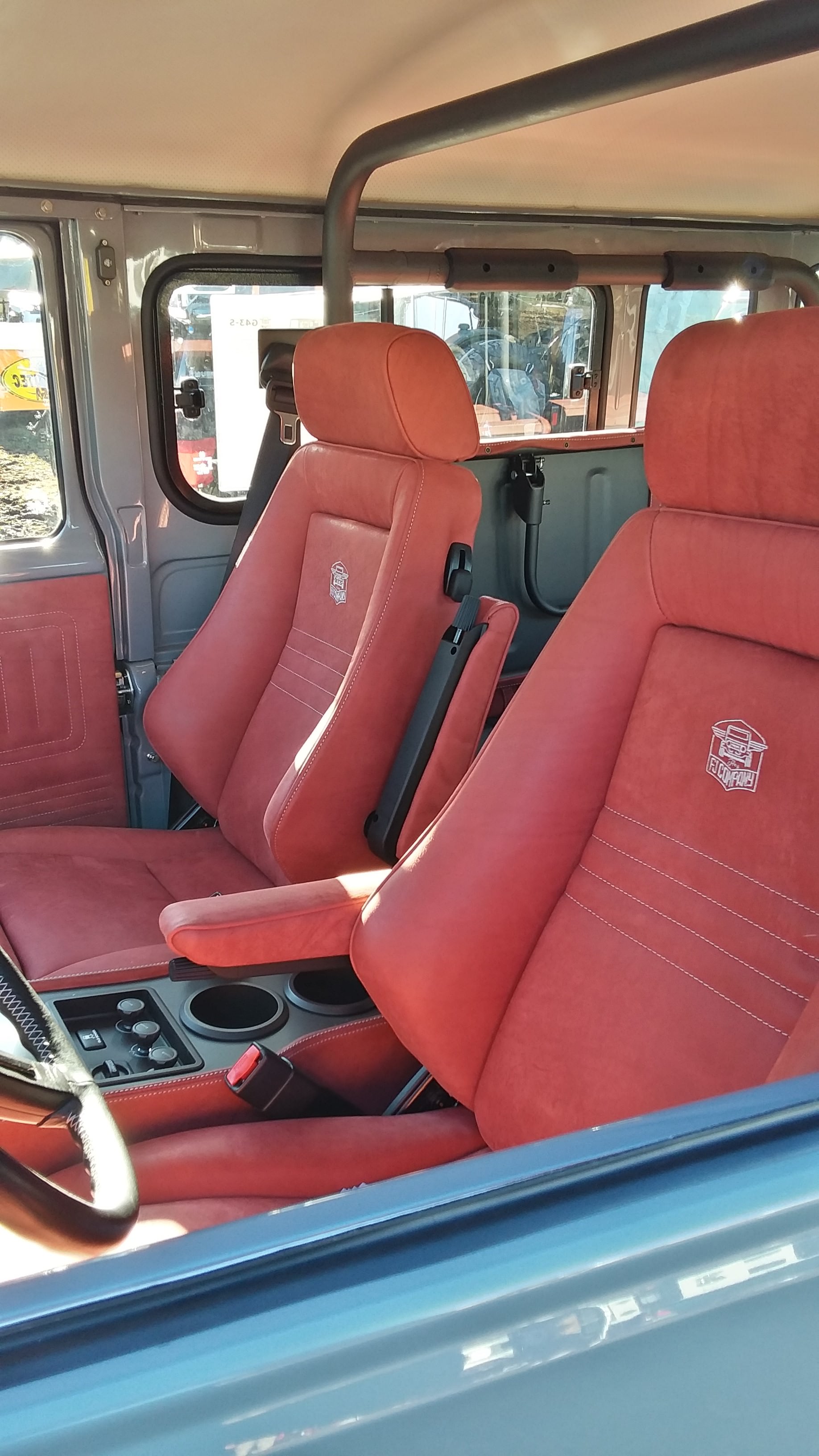 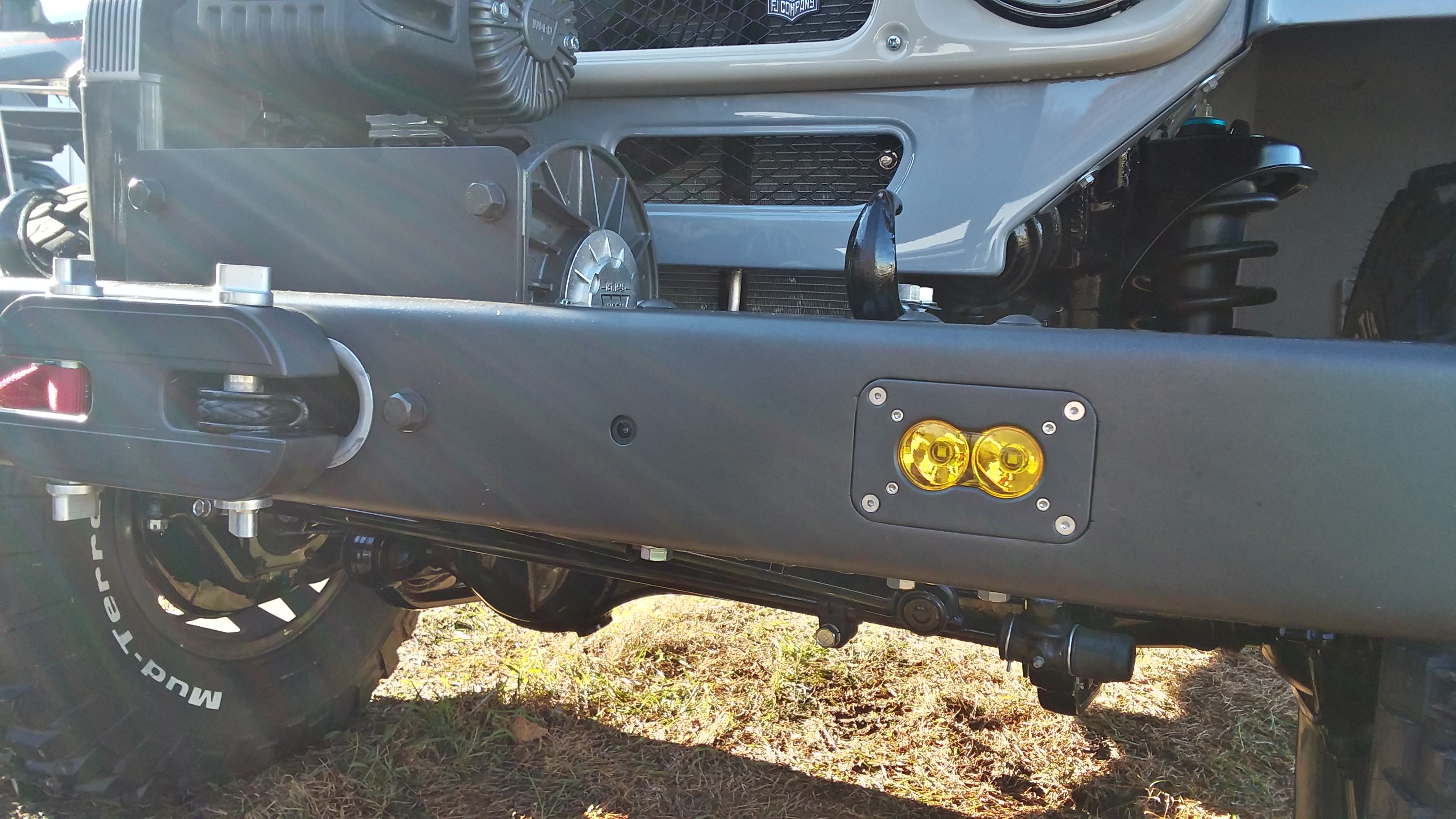 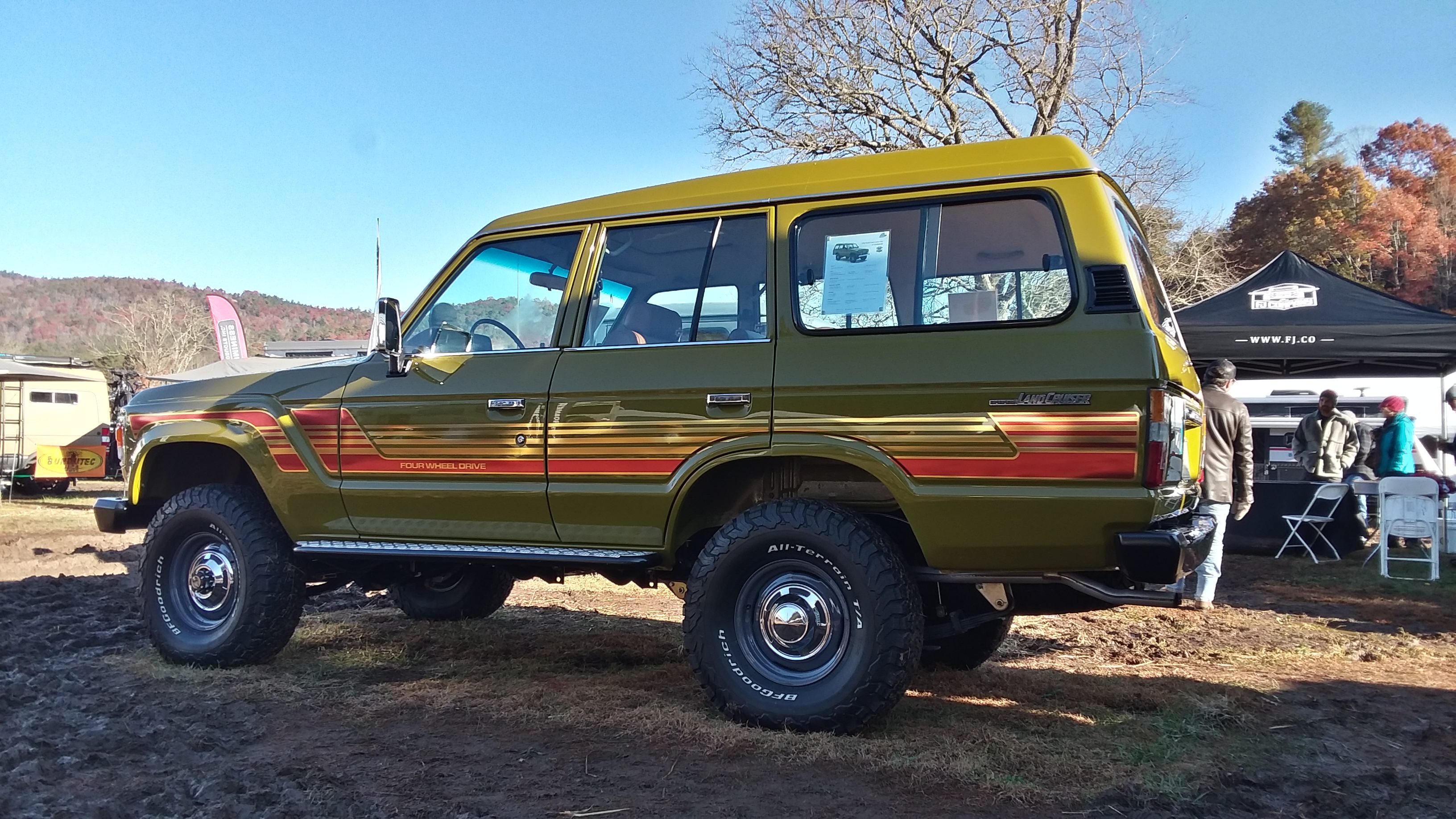 In addition to vehicles, there were plenty of expedition trailers on show as well. One company, ROVE, offered trailers for rent. What better way to test the water than with a weekend trip towing and living out of one? 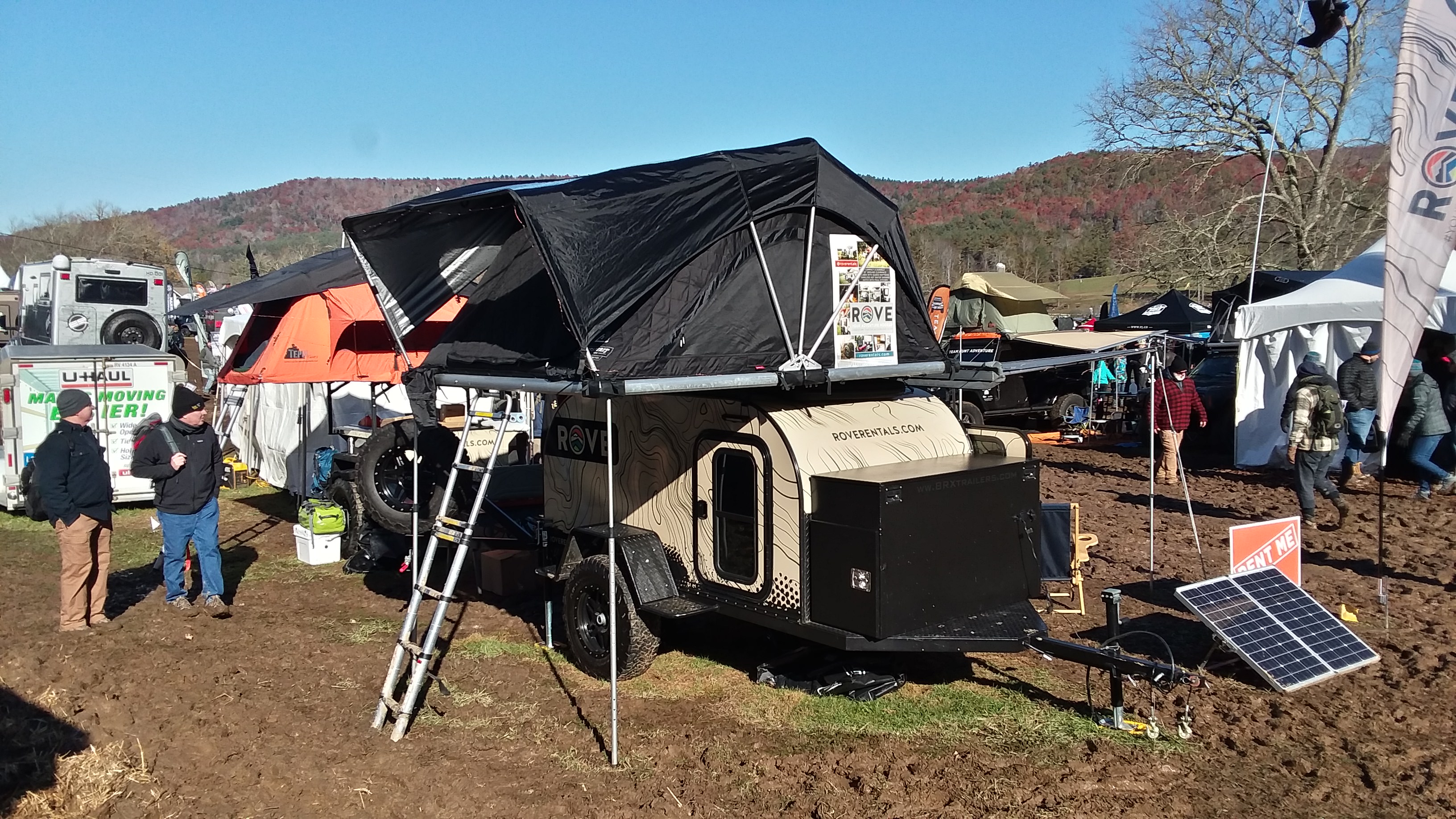 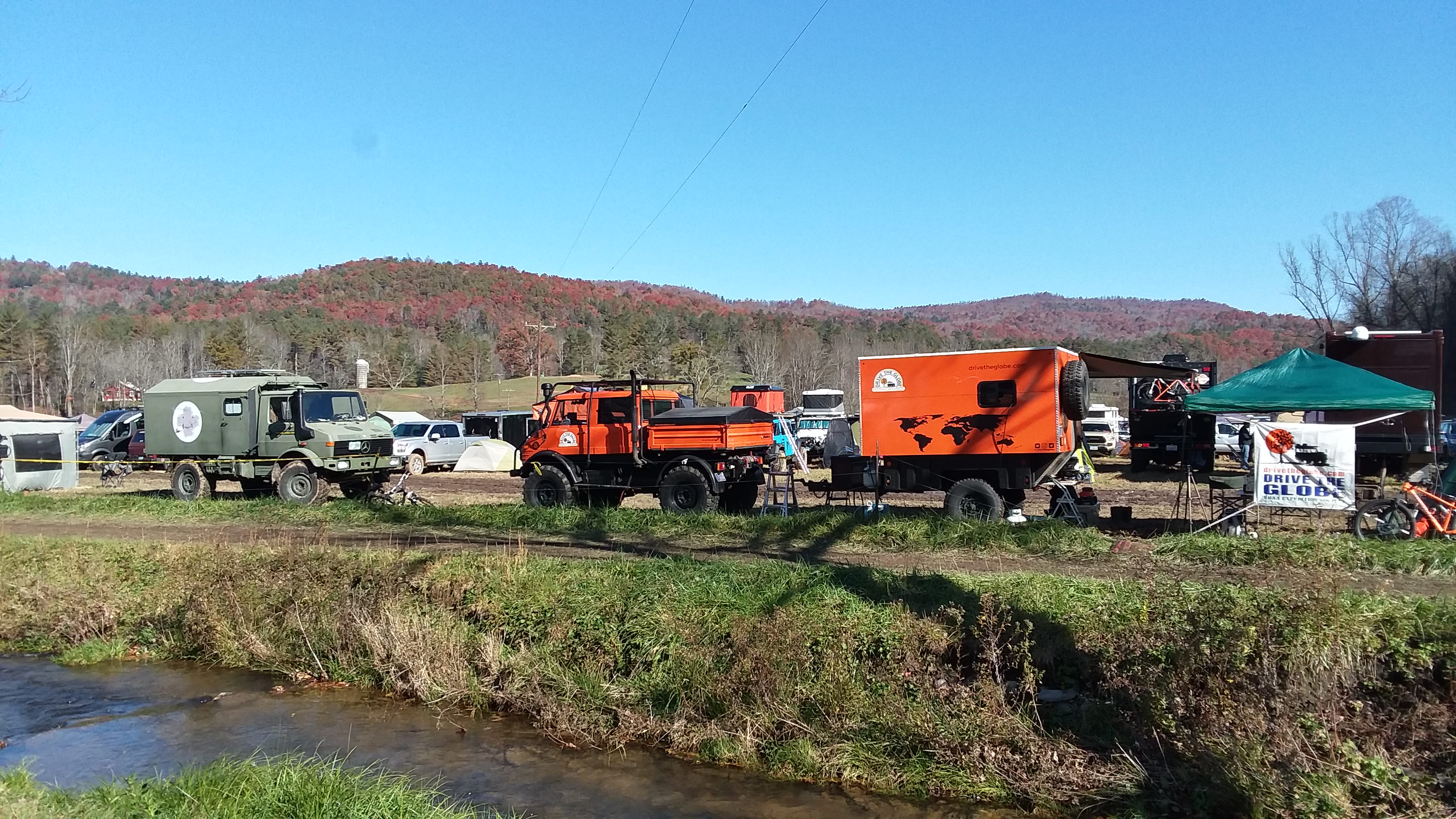 Although the expo was chock-full of gear, I tried to limit myself to one purchase. With that said, I set my eyes on the GoTreads tent. Their traction mats appeal to me especially since I'd prefer to outfit the Crosstrek with lightweight recovery gear instead of weighing down the 2-liter engine with a heavy winch or bulky traction aides.

I purchased a set of mats, plus a carrying case at the show special and continued down the rows of vehicles. Just before I joined the line for the shuttle [back to the parking lots], I placed the traction mats on the ground to snap a photo. Moments after that I spoke with a couple of guys just feet from where I'd set the mats. When I turned around to pick up the mats, they'd disappeared! I was furious!

I asked anyone standing in the area if they'd seen anything, but had no luck finding them. One of the campers said that he'd had two of his camp chairs perform the same disappearing act that morning, which just backed up my fear that they'd been swiped.

I contacted GoTreads while on the shuttle bus and heard back from Aaron, who'd personally sold them to me just minutes before. He offered to replace the mats for me, which instantly made up for the unfortunate theft. With that said, I'd HIGHLY recommend this company! Their product seems to be top-quality, and their customer service and support have proved to be superb!

Despite this last-minute blunder, I was thoroughly impressed with the event. After showing photos to a few friends, I believe I'll be returning next time with a crew!