Somewhere around 9am we left Portland. I think everyone was a little tired, but a quick bite to eat on the road got us rolling. Our destination was Port Angeles, WA. Along the way I called a veggie oil hookup in Tacoma. He had a barrel ready with pump when we pulled into the driveway - a quick fill up for a six-pack - can't beat that! 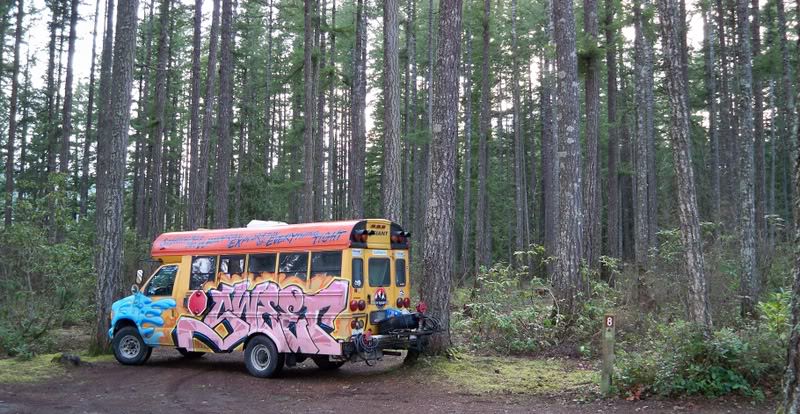 We crossed the bridge into Port Angeles in the early afternoon and stopped at a local bar to ask about camping spots. Apparently it was our lucky day - an offseason campsite across the street with bathroom, fire ring, and picnic table - for free! We had a couple brews and some delicious home cooking before setting up camp. 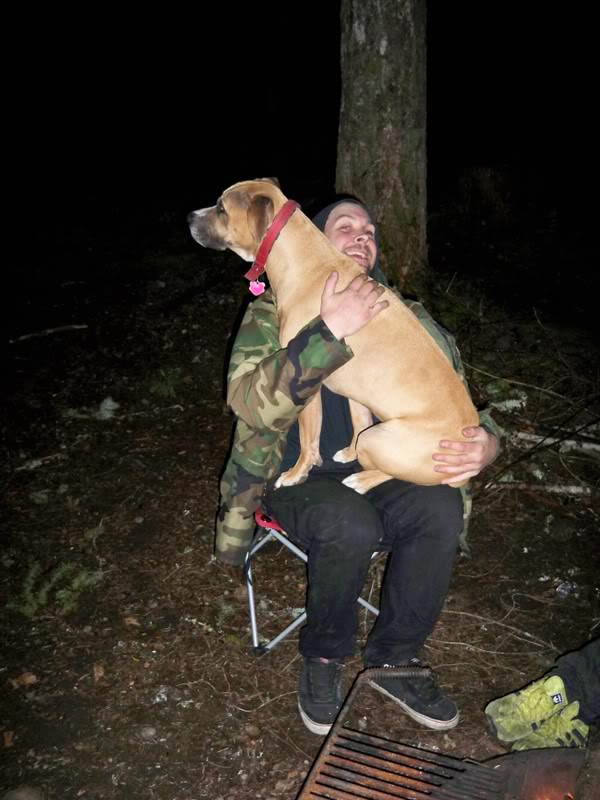 The next morning I slipped into the driver's seat and started heading for the day's event while the rest of the guys slept. By the time I'd pulled into the parking lot, everyone had woken up and a few minutes later I caught a ride to the base of the day's event - the 2009 Port Angeles Shuttler. The Olympic Dirt Society was shuttling riders to the top of a local trail, offering lunch too, as a fundraiser for the club before the official start of the spring season. 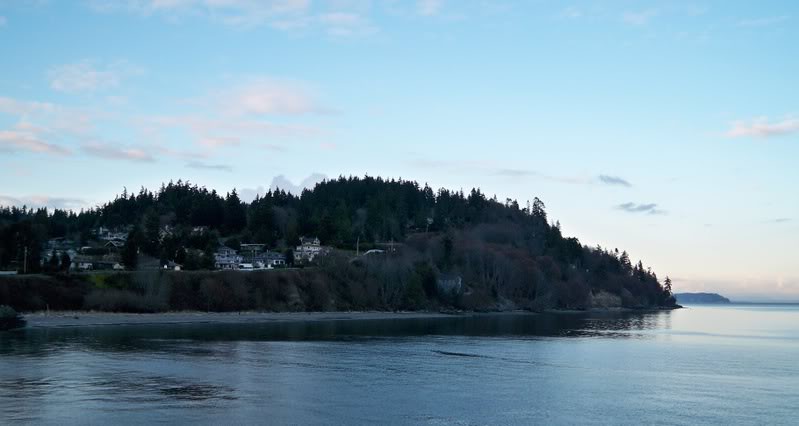 The trails were fun - super slippery and muddy wherever the ground was visible and just pure white snow everywhere else. Some of the trails had wooden features too. If you weren't aimed perfectly straight, you were going down. No chance to correct the line on those icy, slick planks. I took a few runs and we hung out around the fire until about 4:30, then loaded up the bus for the next destination - Seattle, WA. 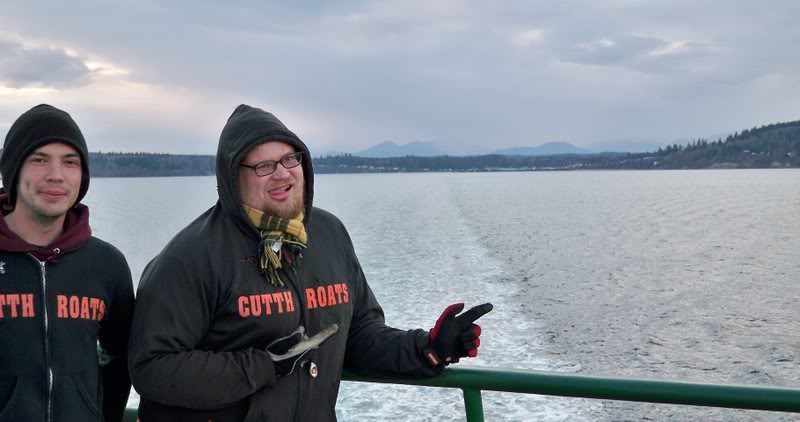 Posted by Dennis Throckmorton at 12:45 PM