By the end of our "one day" drive, the bus was parked in a Wal-Mart parking lot in Salem, Oregon. We camped out, made some food in the bus, and fixed the rear brakes and leaky tire on the bus. It wasn't spacious, but it sure was cozy sleeping in the bus (four dudes, one dog, two bikes). Travis even shared his sleeping bag with Dignon. 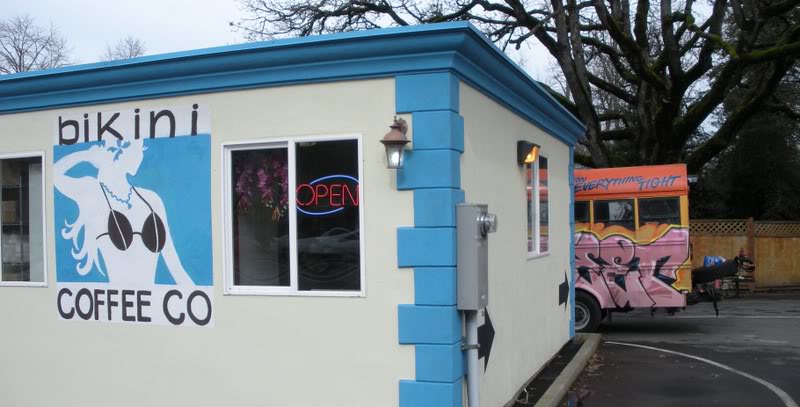 The morning comfortably rolled in and we slowly crept from our mummy bags. Breakfast oatmeal in the bus and coffees at the bikini drive-in were our tickets to ride. In about an hour we were flying down a loose country road, drifting corners due to understeer up front. We followed a minivan with rooftop bikes, but apparently went through some gates that they left unlocked, so I whipped the bus around in the middle of the climb [scaring all three occupants] and headed back to the parking lot that we'd missed. A truck pulled up around the same time and James and I hopped in back for a shuttle up the road. 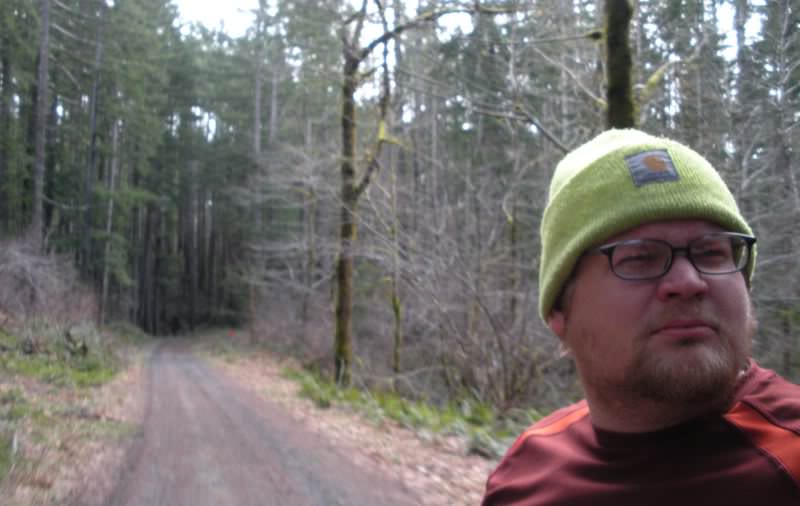 The trails were EPIC! The forest service designates this area as an experimental forest, which allows cutting-edge trailbuilding techniques to be "tested." Everything that we saw was immaculately built. Dangerous to rider - YES - degrading to the ecosystem - NO. 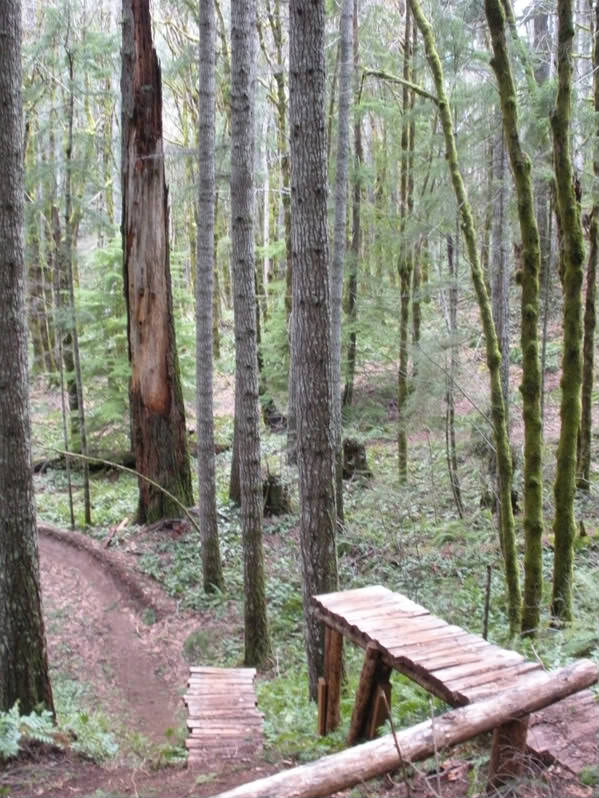 James and I walked up the fireroad a bit further and turned into the first black diamond that we saw, Granny's Kitchen - James on foot and me on my bike. I'd shoot ahead for a second, find a bawlsy stunt to try, and then wait for James to catch up. He would listen for my yell and bushwack straight through the woods in my direction, so he was usually there in mere seconds.

I'd try just about anything we saw. Failure meant broken bones, but the features were well built so you really just needed to take a long, hard look at it before the first attempt. Well, that AND you have to commit to these things - no bailing out at the last minute. Anyway, we have a couple of shots that came out, but all the action shot were a blurfest. 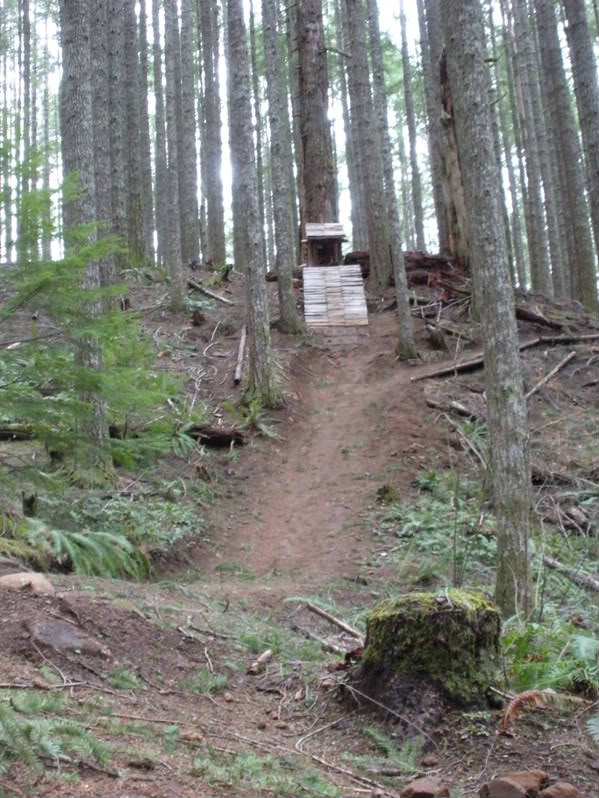 During the ride down my derailleur hanger broke (second time too). I removed it, along with the chain, and rode chainless the rest of the way. I walked some of the flatter sections with James and we were able to pay more attention to the beautiful scenery. 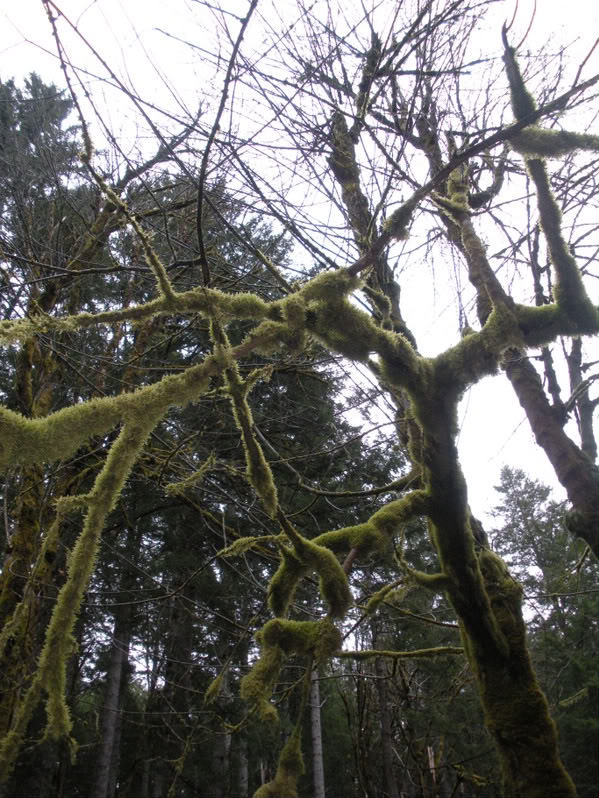 At the bottom, when we reached the fireroad, James and I doubled it. I rode on the handlebars with braking duty and James sat on the saddle in charge of steering. We'd come flying around a corner, moving way too fast, screaming "SLOWER!" "LEFT!" "NO, SLOWER!" "NO, FASTER!" the whole way to the parking lot!
Posted by Dennis Throckmorton at 1:57 PM