When we were riding Black Rock, James and I ran into some locals and talked with them about their trailbuilding techniques. They advised us to check out Hood River while we were in Portland, so we assembled a crew of Portland natives to hit the trails on Friday. There were six of us in total, two of which were our hosts in Portland, Shannon and Gabe. Also along for the ride were Spencer, Rev Phil, and Dogeye. 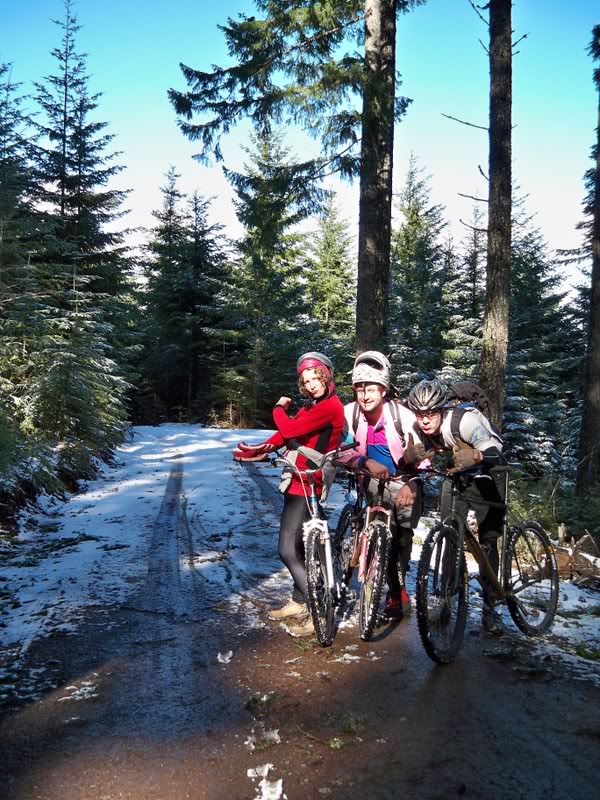 The ride began with a long, steep climb along a fireroad - eventually into the snow of upper elevations. Quickly, however, we decided to turn around and take one of the spur trails. It also contained a steep climb, this time traction and angle meant hike-a-bike only. The trail leveled out and contained a few skilled features, some of which were topped with snow. Soon, though, the trail met a section of land that had been clear-cut, completely obliterating the trail and our forward progress. We climbed through the fallen logs for more than thirty minutes before reaching the other side. 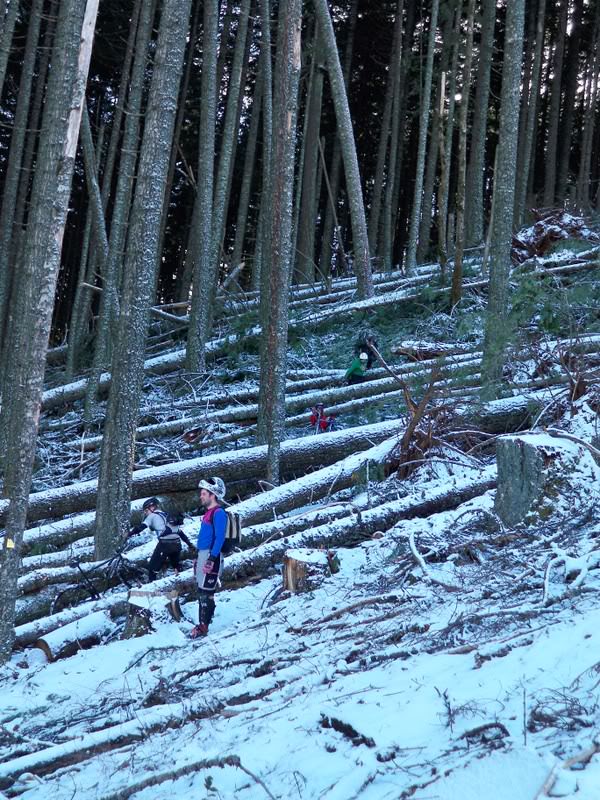 When we reached trail again and started uphill, I noticed a step-up jump next to the fireroad. It was steep and fast, but the ground was about five feet higher and the soil was soft and forgiving. I scoped it out and hit the ramp three times, just lofting it up into the air and landing softly on the ground above. 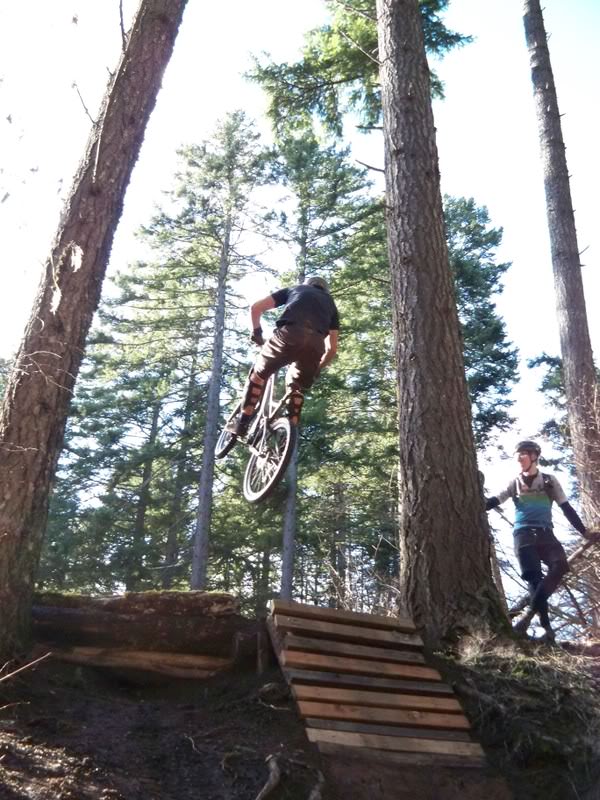 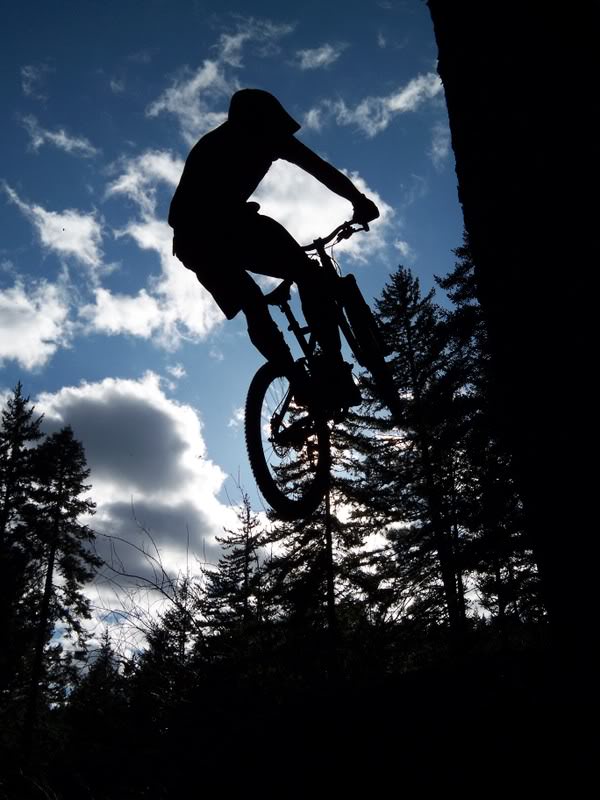 I guess everyone was feeling it, and Rev Phil actually decided to give it a try. I lent him my bike and Dogeye gave him his leather jacket (with padding) and full face helmet. The first attempt was scary. He took my advice and approached it with tons of speed, but was bucked forward immediately and landed square on his face. Once we realized he was okay, we all shared a laugh and joked about his epic attempt. Phil started asking our opinions on "what went wrong" and then announced, "okay, I think I've got it this time." We were all blown away - he was going to try it again! I shot video of the second fall, since I'd foolishly snapped a still photo the first time.


Surprisingly enough, we had to coax Phil out of trying it a third, fourth, or fifth time.

The rest of our ride was nice, despite having to back-track a bit to return to the bus. We did also find the most rewarding treat for us near the bus. Apparently we'd parked just a few yards from their skills section. Upon discovering this, we rode the three areas - Family Man, Middle School, and Drop Out. The largest of the three, Drop Out, had eight large features, three of which were increasingly larger ladder drops. They were built so well and the entire area flowed perfectly. I ran the set three times and we even snapped some video of the lower section.


Phil hit the first drop on his rigid, way too big, mountain-ish-bike. Spencer and I saw it happen twice and pretty much left us speechless. He's not really scared to try anything, even after a tough fall.

After that we loaded up the bus and headed back to Portland. Today the bus is headed North to Port Angeles, WA. Tomorrow's festivities include a day of downhill shuttling through another stellar system of trails.
Posted by Dennis Throckmorton at 8:48 PM

that mountain-ish bike is my excuse for sucking so hard at the Oregon Bike Polo Championships this weekend.

Dennis thanks for making my sore dreams come true. If only you all could have stayed a day or five I would surely be dead by now.