I'm camping at a place called "A" Hill. It's a rather large hill, but small compared to the MASSIVE range of mountains behind it. I blew through El Paso and decided to stop here in Las Cruces for the night. 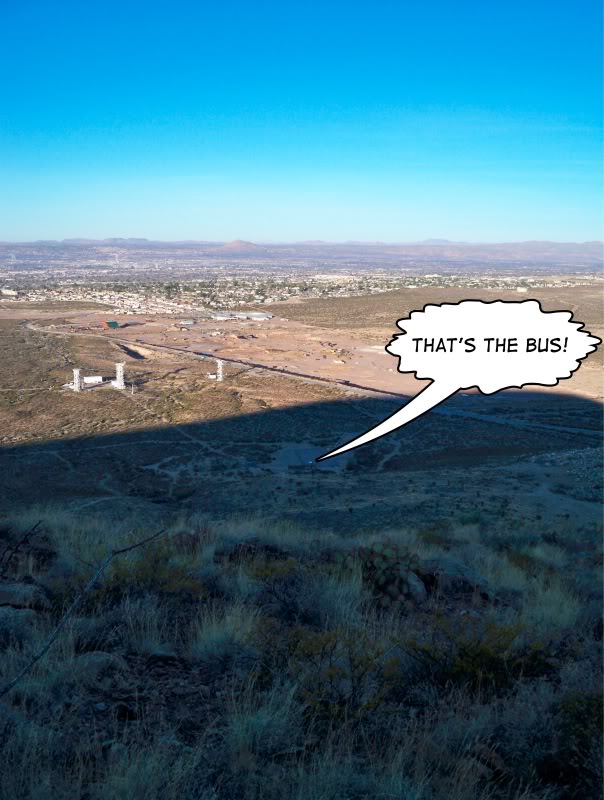 I picked up several thorns this morning in Ft. Davis, so I'll be repairing those flats and hitting the trail here tomorrow morning. I did like the ride in Ft. Davis though. It was a short 3.5 mile out-and-back so I got to bring along Dignon. He kept up for the "out", but I beat him by several minutes on the ride back to the bus. He came strolling into the parking lot eventually though, with that "shit-eating grin" and hopped right in his spot - and off we went!

Another view from "A" Hill
Posted by Dennis Throckmorton at 12:00 PM