I broke up the drive from Ventura to San Diego into two days by stopping by Long Beach to see another friend from Richmond, Karen and her boyfriend Tony. When I first got in we walked the dogs, including one they were dog-sitting named Trudy. She's an English Bull Dog that looks pretty much looks like Meaty, Rob and Big's bulldog. Oh yeah, if you click on that link make sure to find the video about meaty's party planners...funny shit. 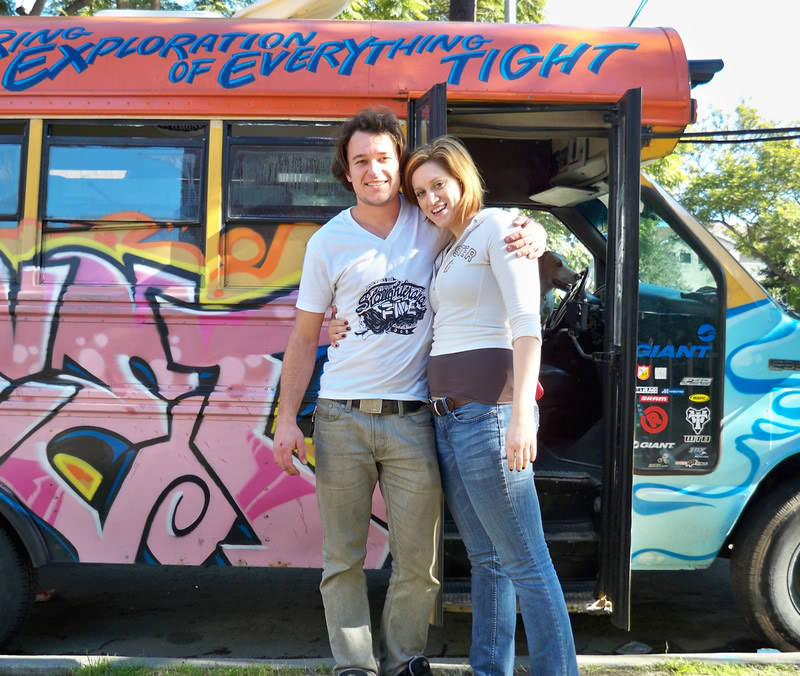 Anyway, we walked the dogs and then headed to Trudy's place (yes, the dog's house) to jump in the hot tub. Unfortunately we found that the tub wasn't on as soon as we touched the cold water - bummer!

The next morning we grabbed some breakfast and started scouring the area for veggie oil. I spotted one drum outside of a Mexican Grill called Lola's and decided to ask about it inside. The owner's son was super nice and told me I could come grab some of the oil, so I swung by on my way out, pumped a 1/4 tank of oil, and grabbed some taquitos to go. I just got home on that 1/4 tank and popped the food in the microwave...delicious!

On my drive back I spotted another mega-van. It was a Ford van like mine [without the bus body], but beefed up with a suspension lift, racks all around, and two surf boards on the roof. Got to admit, I was a little jealous.

Oh yeah, one last thing. My brother, Dave, got me a TomTom One 125 navigation system for Christmas which I picked up from Circuit City on my way back. Thanks bro! 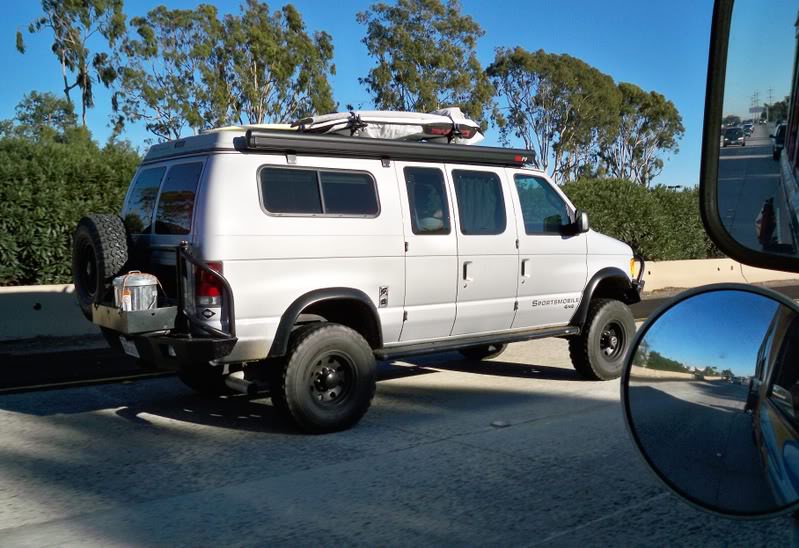 Posted by Dennis Throckmorton at 5:40 PM