Wow! What a breath of fresh air. It's been a few days since I've ridden and today felt great! 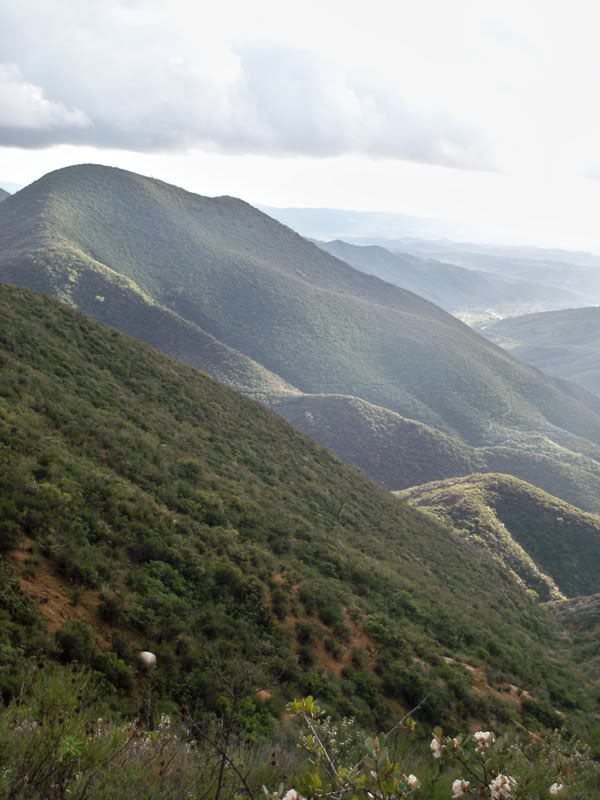 This morning's sun got us going - we had a relaxed Sunday morning unwind, then loaded up for the trails. On the highway we hit some spots of rain, but decided to press on since we'd packed for the worst anyway. When we got to the trailhead there was some light precipitation, but the temperature wasn't too cold, so it felt comfortable. 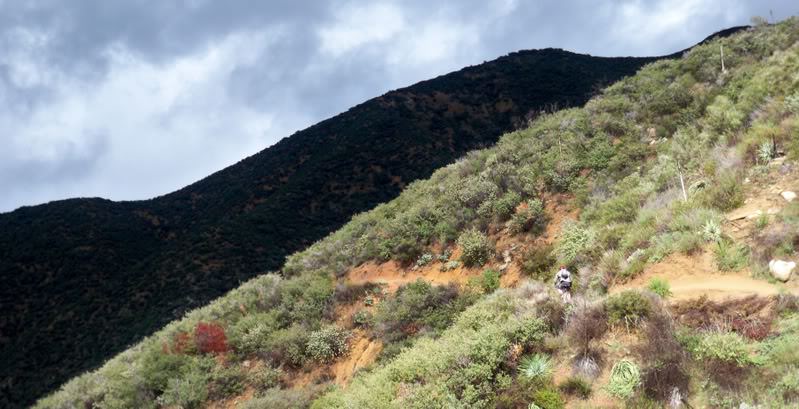 The climb was really nice. It's a few miles up, but it's steady and the mist in the air felt good. Halfway up we were warm enough to shed the rain jackets. The rain and cloud cover was spotty, so we'd just ride through short showers and then into bright sun. It was a nice change from the normally sunny days.

When we reached the summit, we sat at the top for a few minutes to just take it all in. I felt like I was taking my camera out constantly on the way up. There was just so much to see and the sights were breathtaking.

We knew the ride down would be muddy and fast, so we opted to leave our rain jackets on. The ride down was awesome! I'd blast downhill for a few minutes, stop for a small break, and then shoot down the next section. The ride up was so pleasant that I'd hardly realized how long a downhill we'd earned. The entire descent probably lasted a solid 30 minutes, which is fairly long considering how quickly we were covering trail [between breaks]. 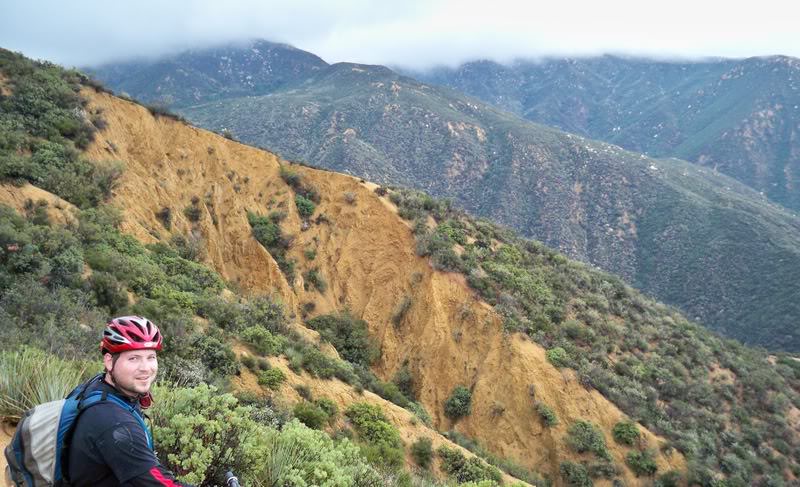 I doubt I'll have the chance to ride at San Juan again before I leave, but I'm glad that I was able to get a sample of it before hitting the road. Just one more week in San Diego, then it's off to Hawaii for a vacation with my Dad and brother, followed by the drive up the coast. I'll pick up James and Adam in San Francisco, then the three of us will continue north before heading back to the east coast. 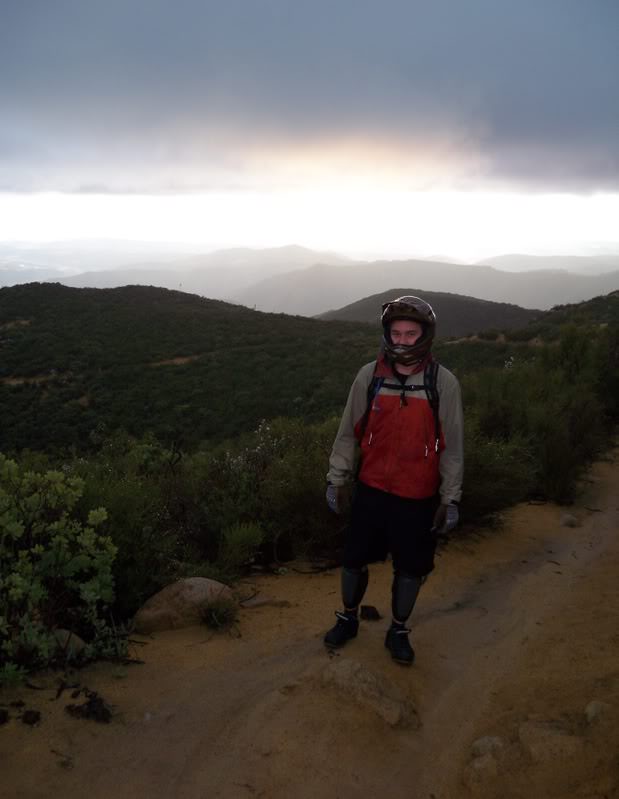 Posted by Dennis Throckmorton at 8:11 PM