The original plan was to ride to the Ozark National Forest to meet my friend Rob. He was setting off on a ride from Birmingham, Alabama to the Yellowstone National Park, so I decided to join him for a segment within the Ozarks.

My ride began on Thursday afternoon - catching up with a rainstorm near Radford, VA. After a few hours of the wet ride, I was finally in Townsend, Tennessee to stay the night with friends. The next day I rode for about four hours to Montgomery Bell State Park near Nashville. 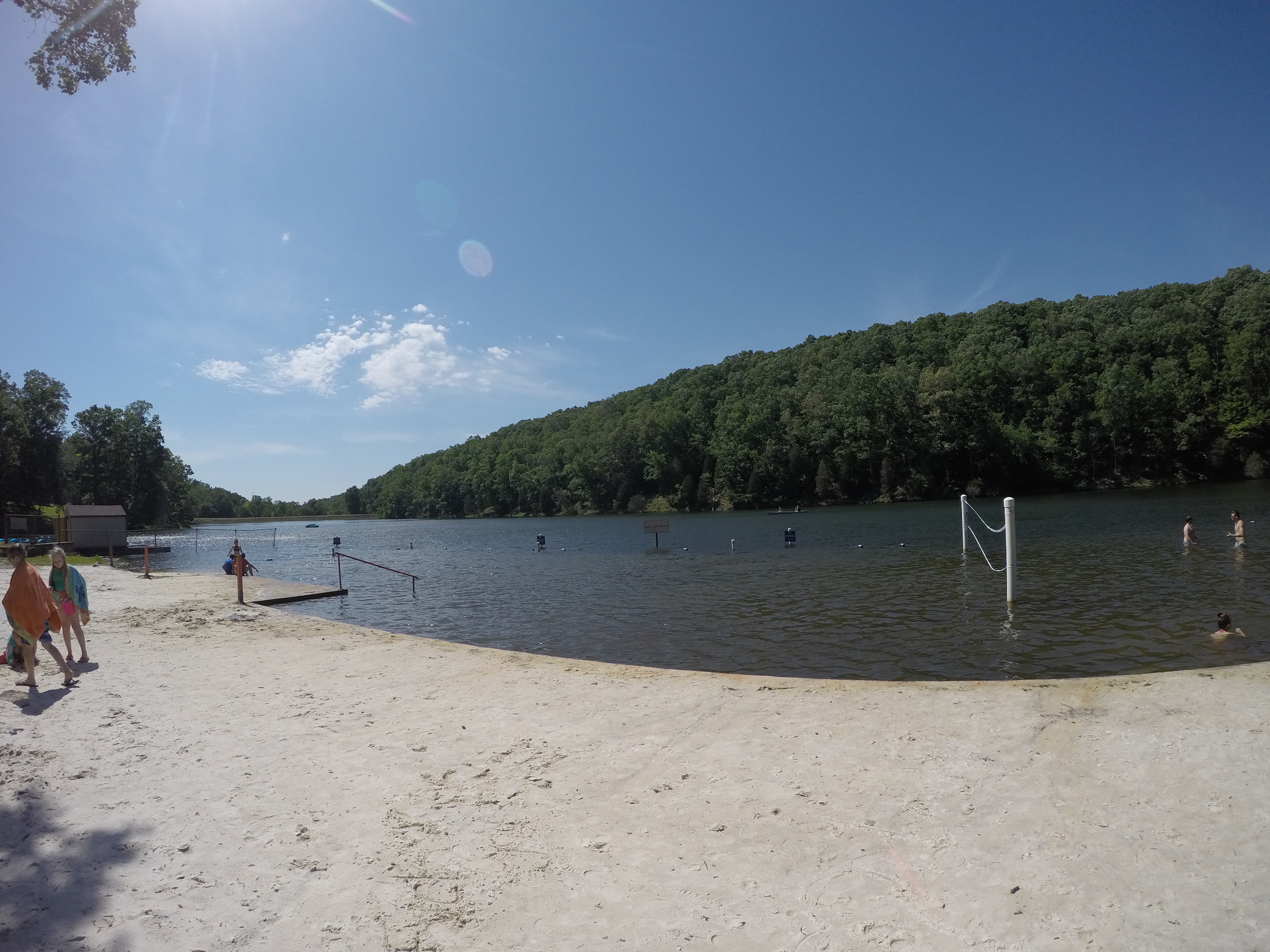 I unloaded my gear and headed to the trails. Although there were frequent trail markers, I found myself riding in circles and eventually decided to backtrack before becoming totally lost in the woods. 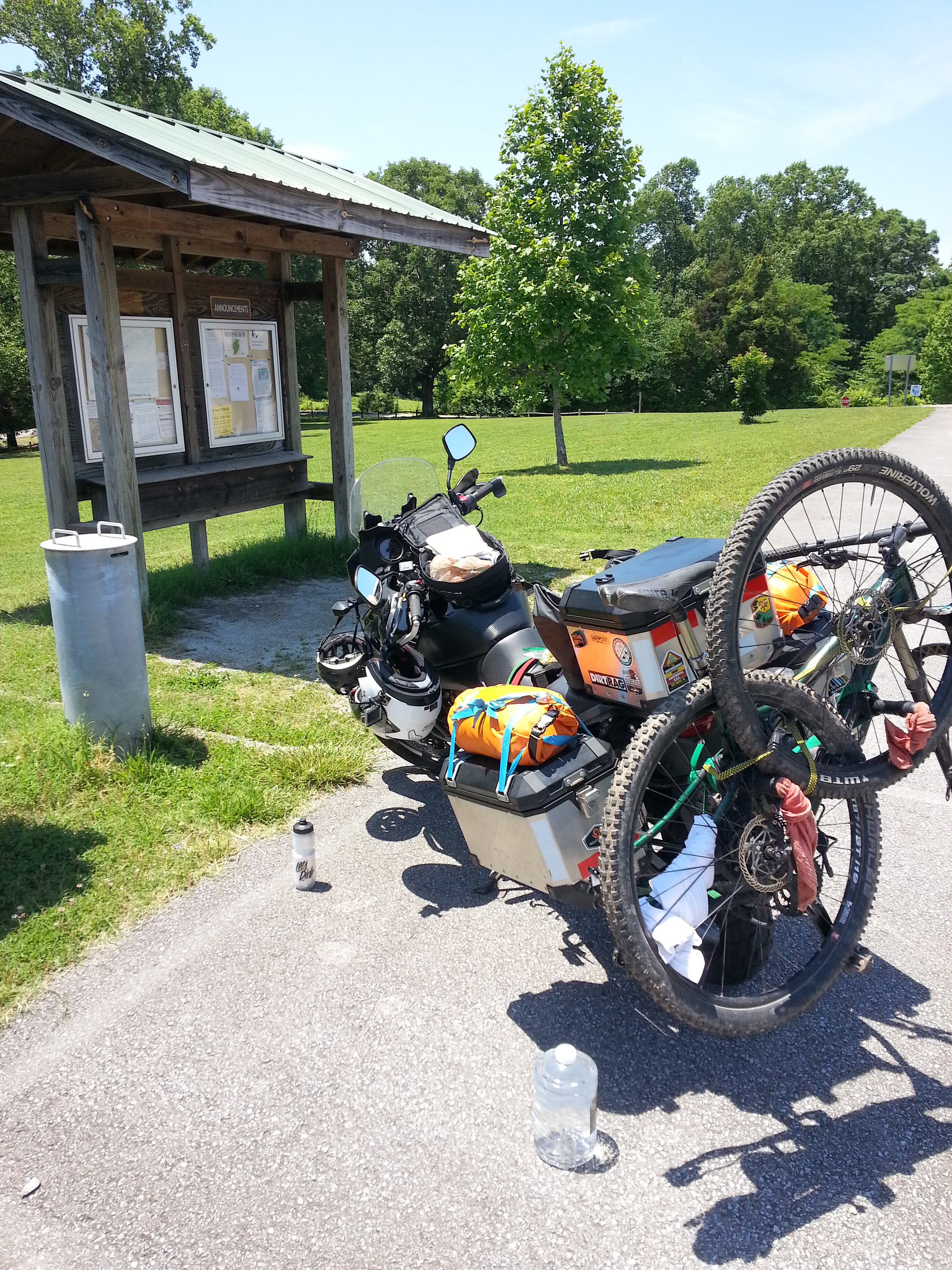 Once I was packed up again, I scouted out my lodging for the night - a backcountry shelter along one of the park's hiking trails. 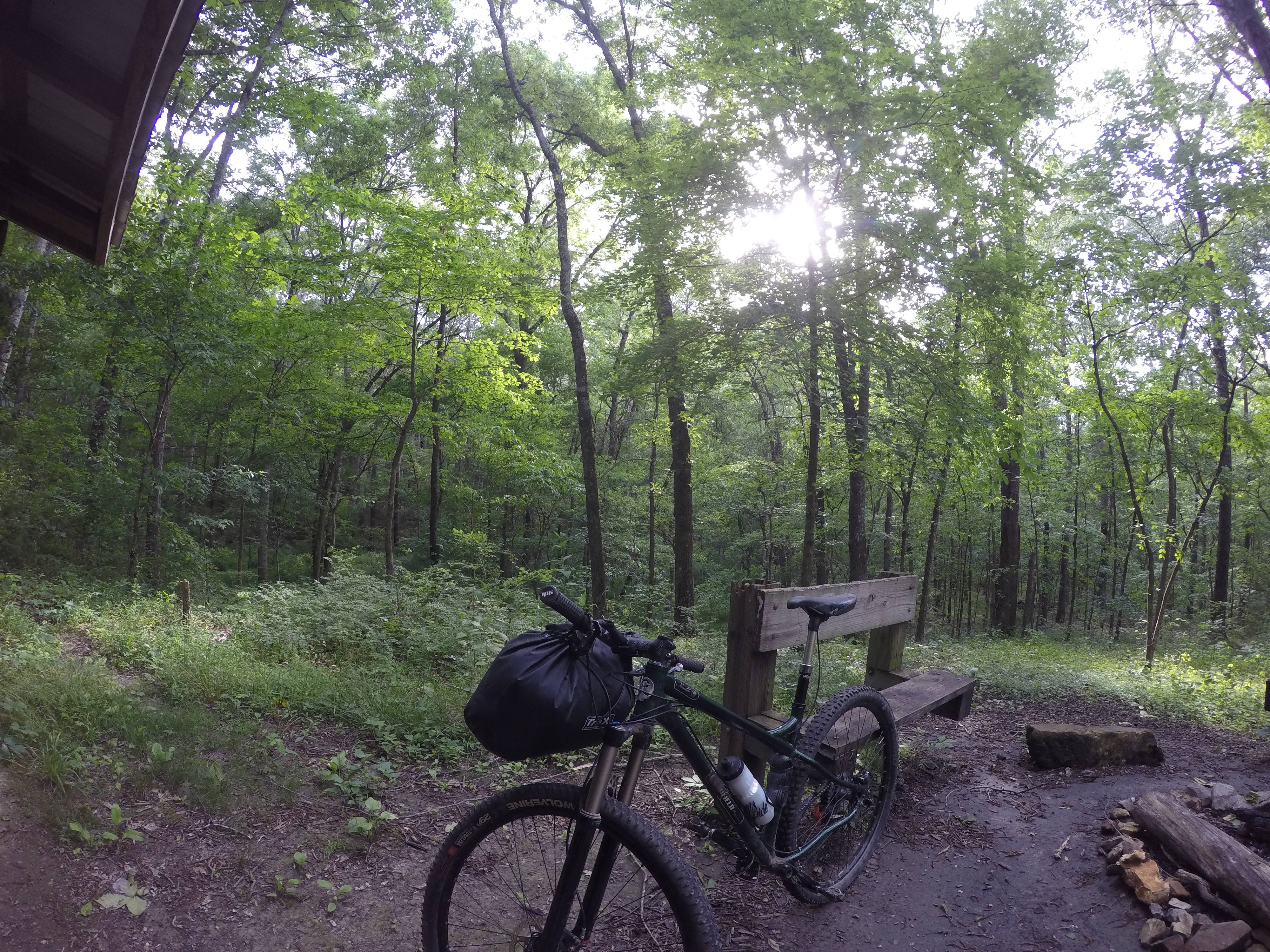 As I sat by the shelter, picturing the next day's 8-hour ride, I decided I'd rather not continue any further. I was burnt out on the highway and certainly not looking forward to the return trip of roughly 20 hours on the asphalt. With that in mind, I chose to hike back to the bike, pack my things, and begin the drive east, going as far as I could before finding a roadside motel to crash for the night.

Although I'm slightly disappointed that I canned the trip to the Ozarks, it's quite a relief knowing that I didn't have to endure another second on the long, boring highway. Rob understood too, as he's giving himself much more time to complete his ride, allowing for some rural routes and a more enjoyable pace. I think I'll revisit this trip in the future - only if I'm able to allot more time to its completion. 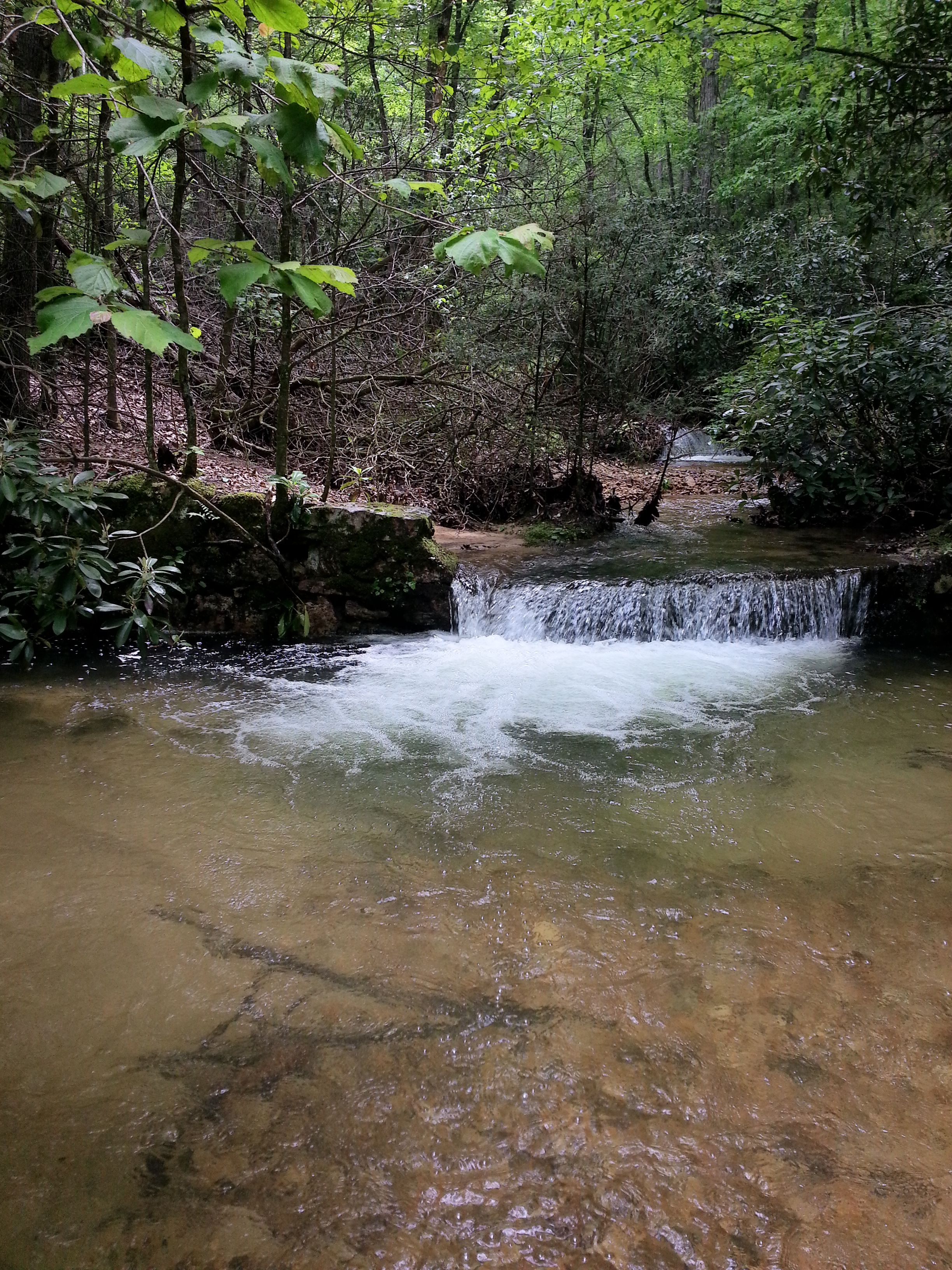 On the way home I decided to visit another new trail system since I had the mountain bike with me. I jumped onto MTBProject and found the Crystal Springs Recreation Area in Wytheville, VA. The trails were decent and the springs were an excellent reward after the ride [both on the mountain bike and the motorcycle]. 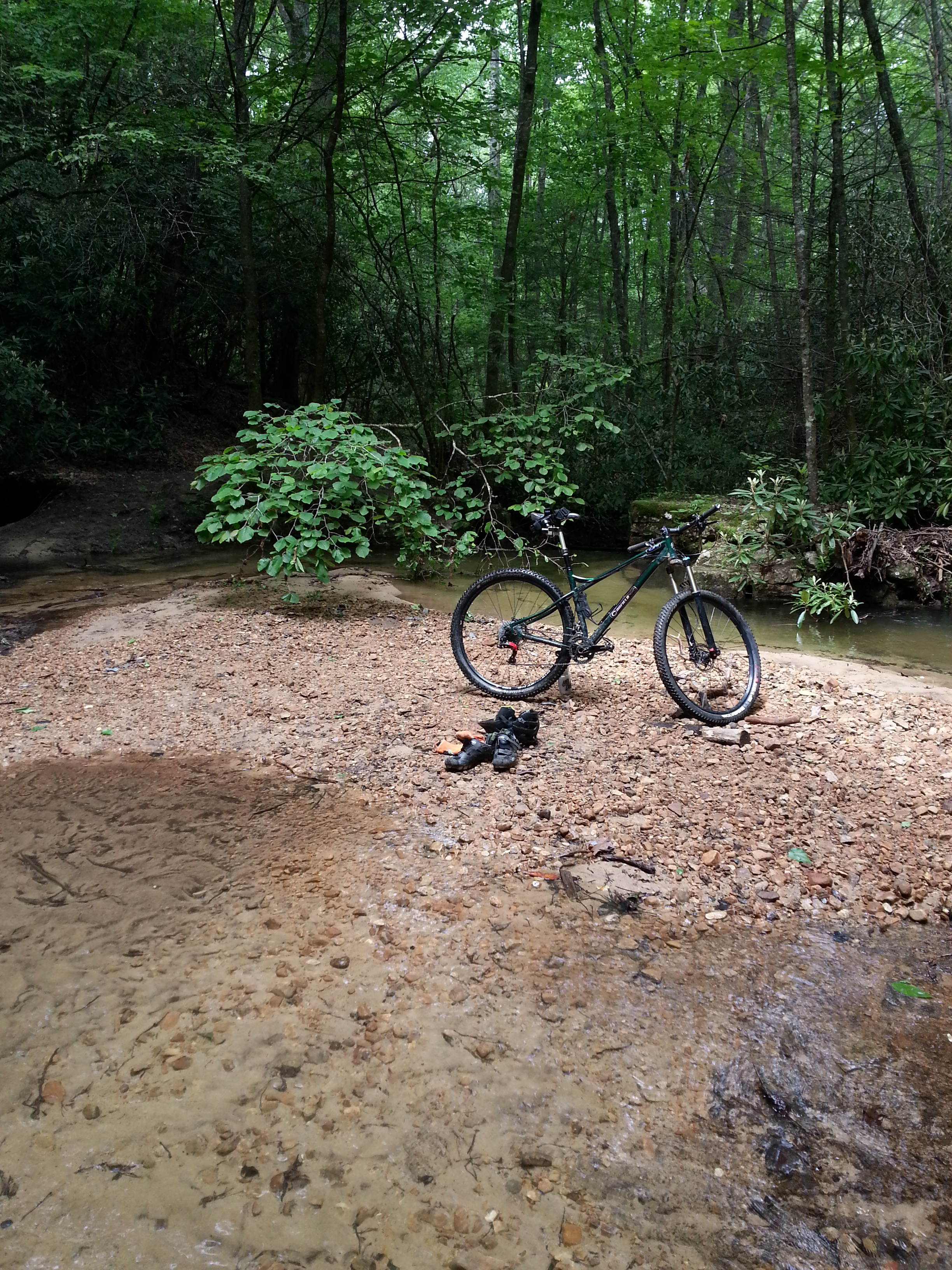 Rebecca and I tried to rendezvous along the Blue Ridge Parkway to camp that night along my ride home, but the lack of cell reception and some misdirection resulted in a delayed meeting around 8pm. 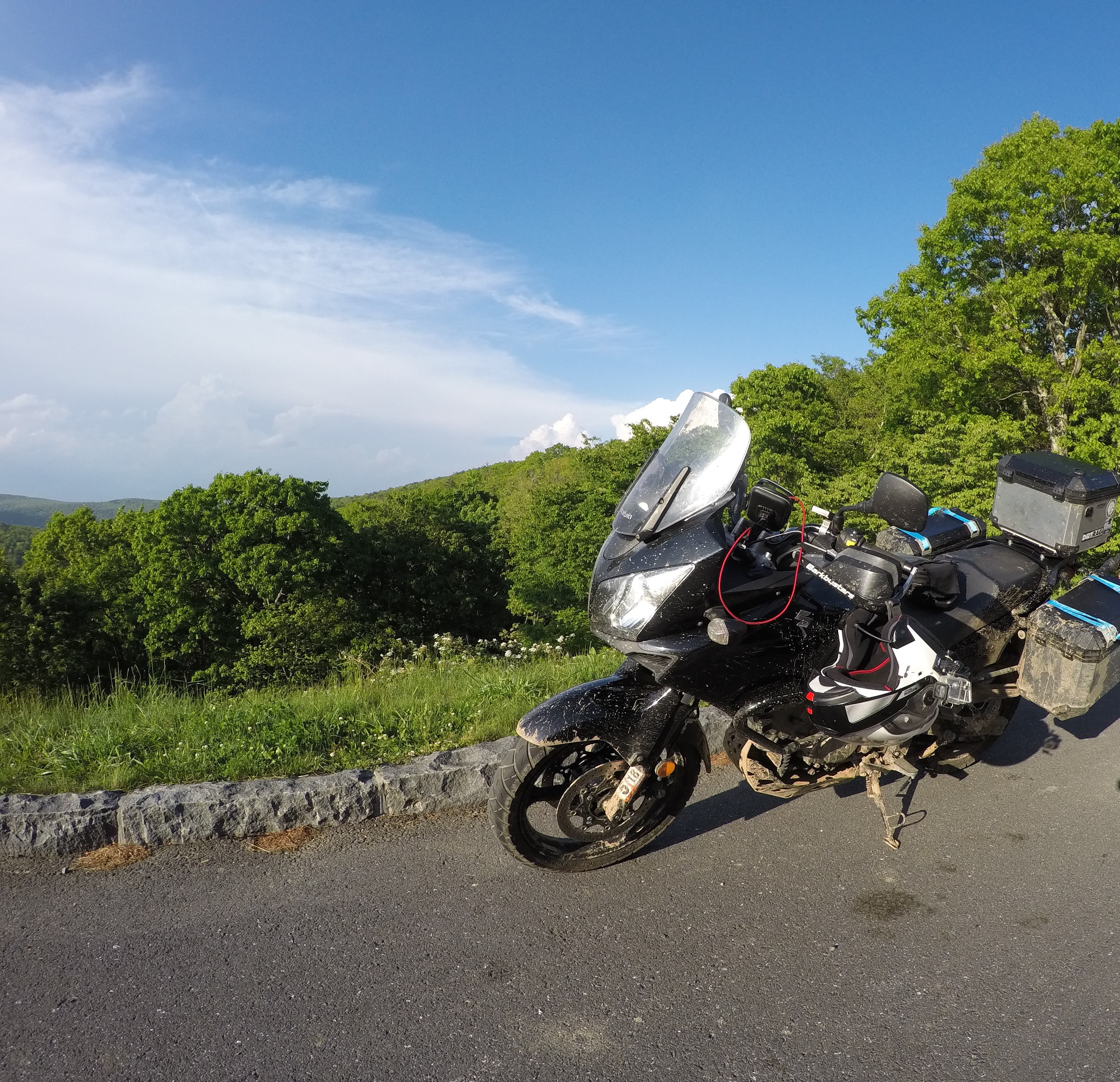 She hadn't had anything to eat since breakfast and we'd still need to take several trips up a Jeep trail to the campsite I'd chosen to relay our gear, so we decided to can that as well. She took off east towards Richmond while I made one more run into the woods to retrieve the gear I'd stashed at our campsite. 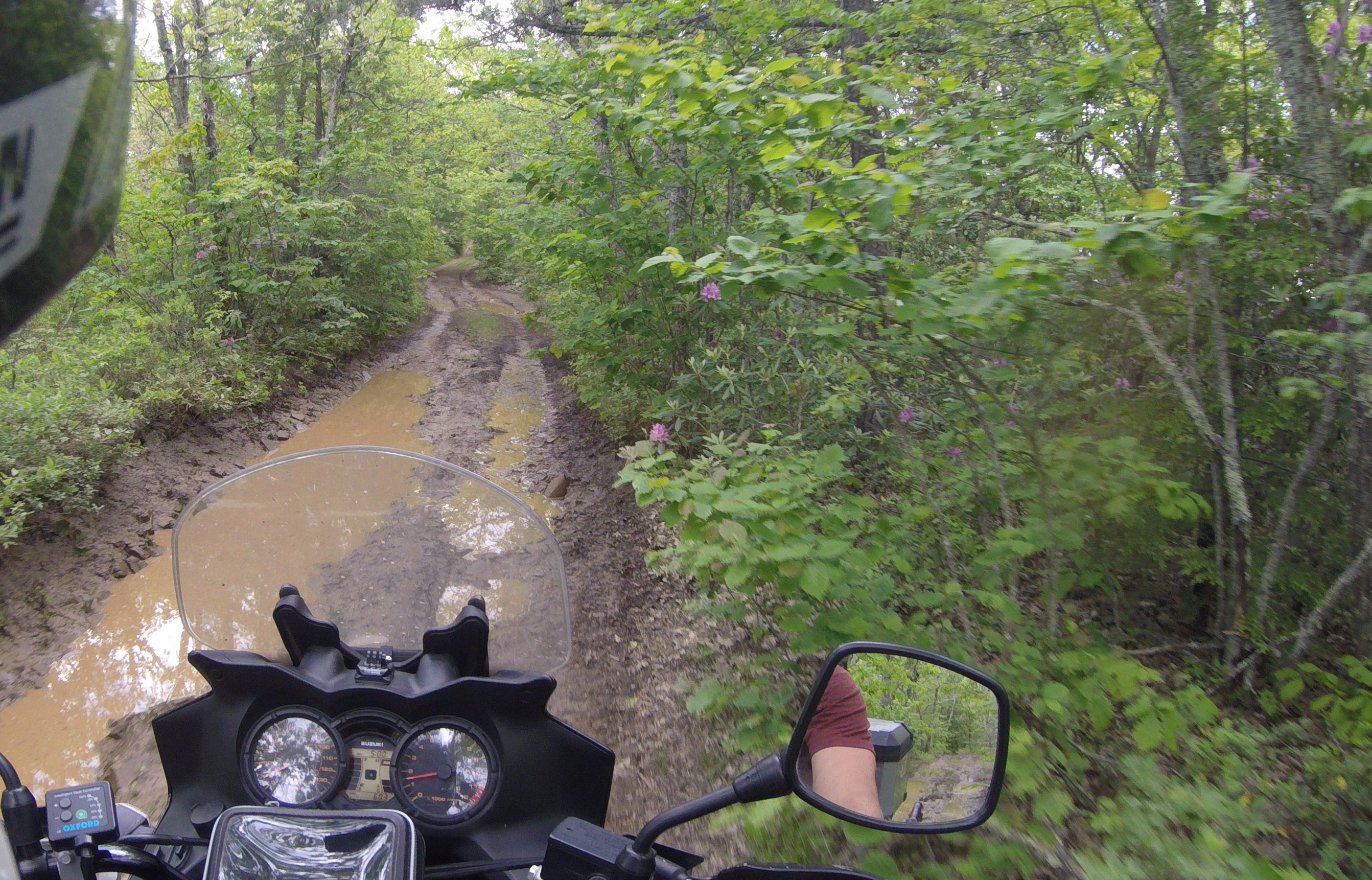 Eventually I was packed again and rolling home. I can hardly remember a time I'd wanted to be OFF the bike more.