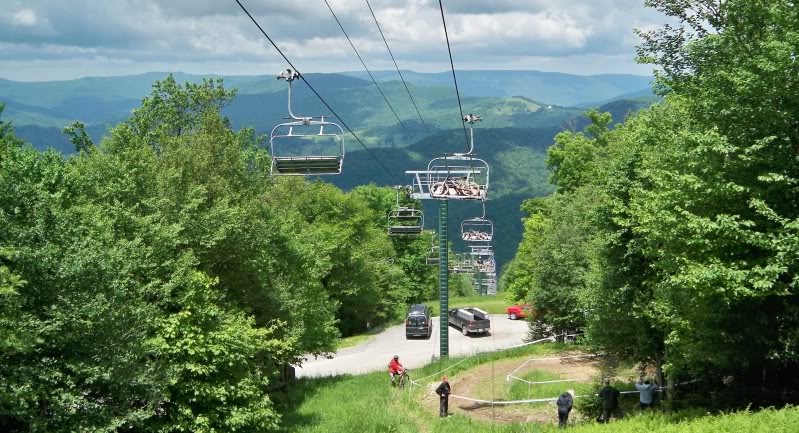 One of the best trips to date - for sure! Where do I even start? How about the mud... 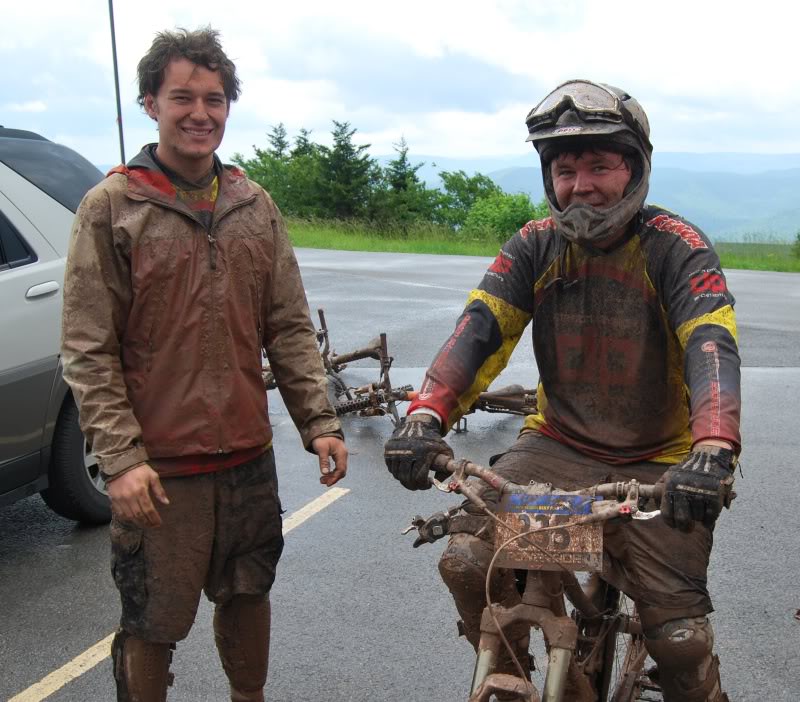 It was wet and slippery on Saturday when we prerode the course. Just the kind of conditions that I love. We took runs all day, taking breaks in between to relax at the bus. 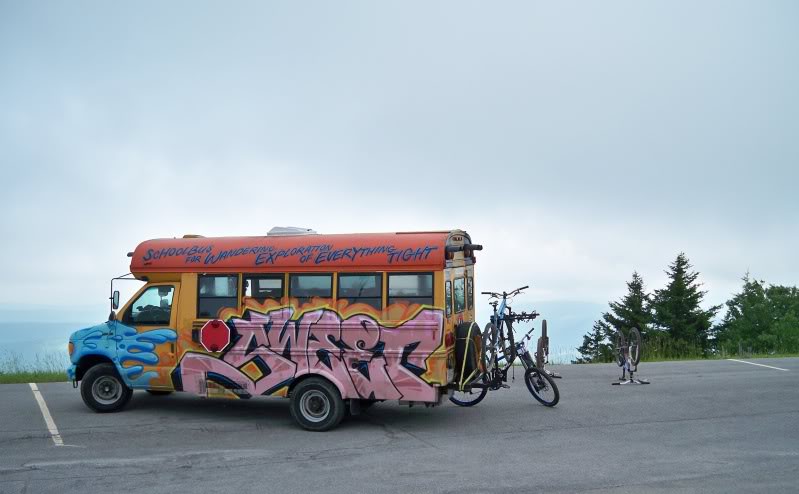 That night at the campsite we returned to hear the whistle blowing on the Cass Scenic Train, which conveniently ran just behind us. 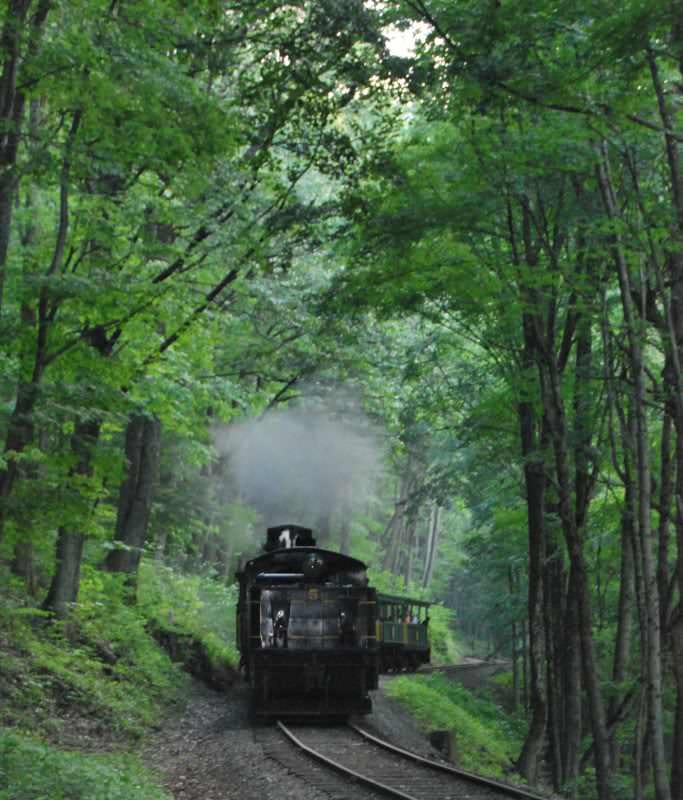 After that, we walked a mere fifty yards or so and found quite a surprise - zoo animals! When Sean and Puck initially returned from their discovery, the first thing out of Sean's mouth was "don't fucking go over there - it's a fucking tiger!" There were actually a bunch of animals - a leopard, coyotes, two bears, and ducklings - just to name a few. 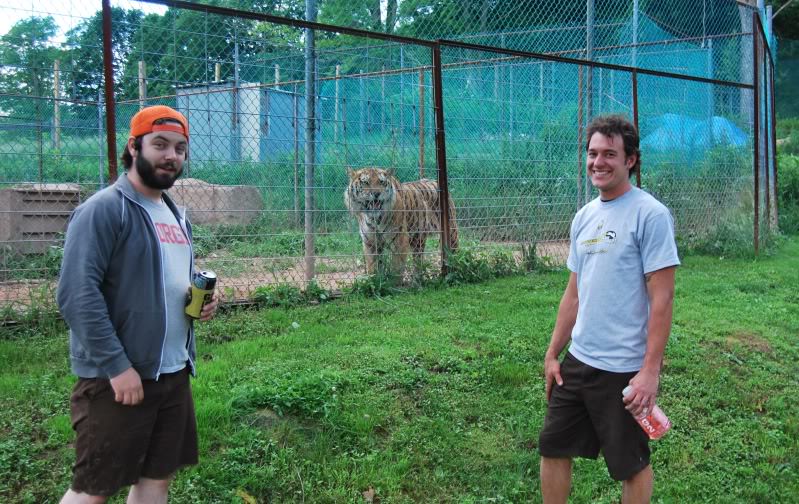 The next day (race day) we headed back to the mountain in the bus while Greg took his cross bike down the mountain to Cass and then straight up again (10% grade) to meet us in the Snowshoe parking lot. That man's a machine!

After seeing the pitiful "dual-stunt course," Sean decided to race downhill instead. He and I took a quick run down the mountain to survey the conditions and soon after it was time to race. Sean went first and came in mid-pack, a very good result for his first race. 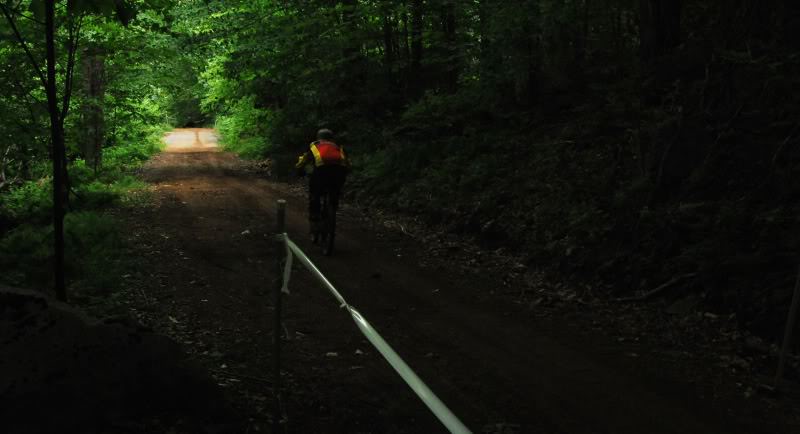 My start was after Sean's. I put in a pretty good run, making only a couple minor mistakes and having to sit once in a while to catch my breath on the fire road sections. 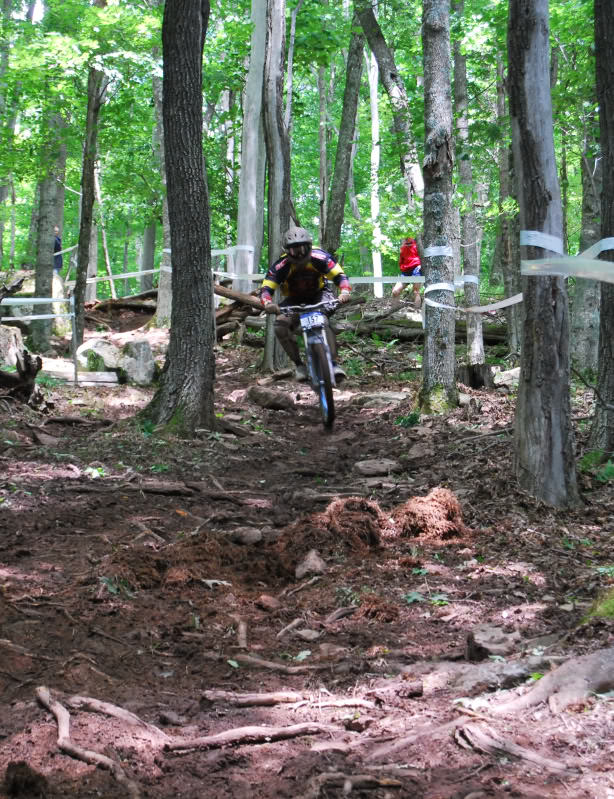 When I reached to finish line, Puck and Sean were sprinting down the hill to meet me. "I think you're winning" said Puck. Knowing that there were still plenty of riders to come, I had my doubts; but as we watched riders file in it started to sink in - I might have a chance of winning! I could hardly believe it - I came in first - over 15 seconds ahead of the next rider in my class! It was a dream come true. 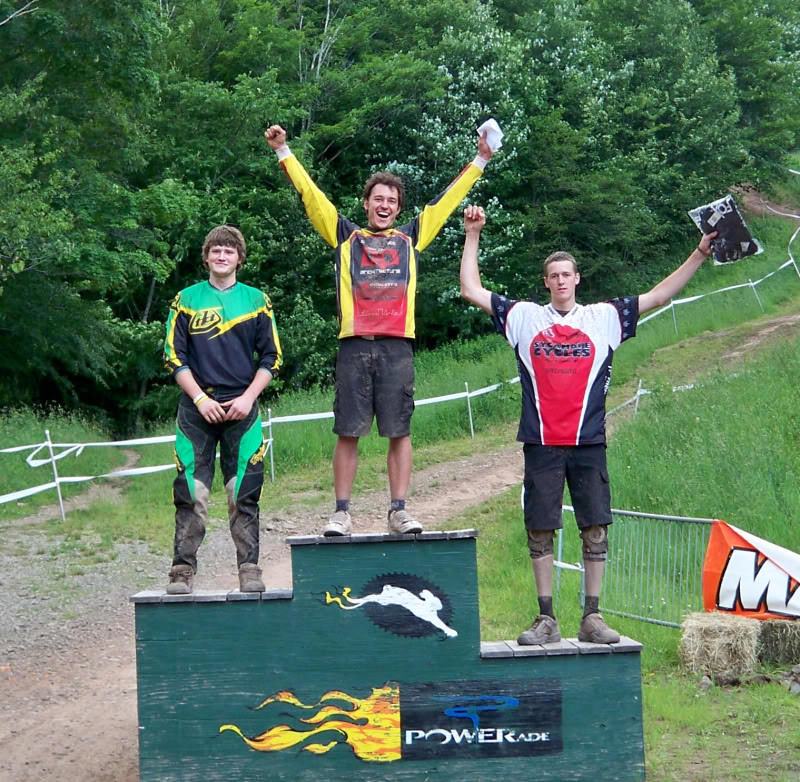 On the way home, we stopped at the Confederate Breastworks to take in the view and unload a few bikes to do a quick bomb down the hill. 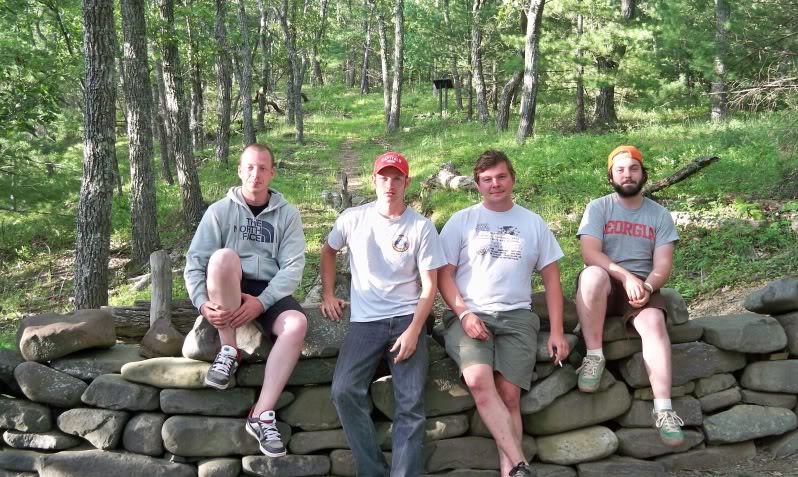 A few hours on the highway (with one tire losing its tread) and we were back in Richmond - an unbelievable weekend of fun under our belts.
Posted by Dennis Throckmorton at 10:57 AM

What a good trip. I can't believe we didn't get a picture of everyone lifting the bus up to change the tire.

Congratulations! I am not surprised at all!

you beat my rider, danny :)