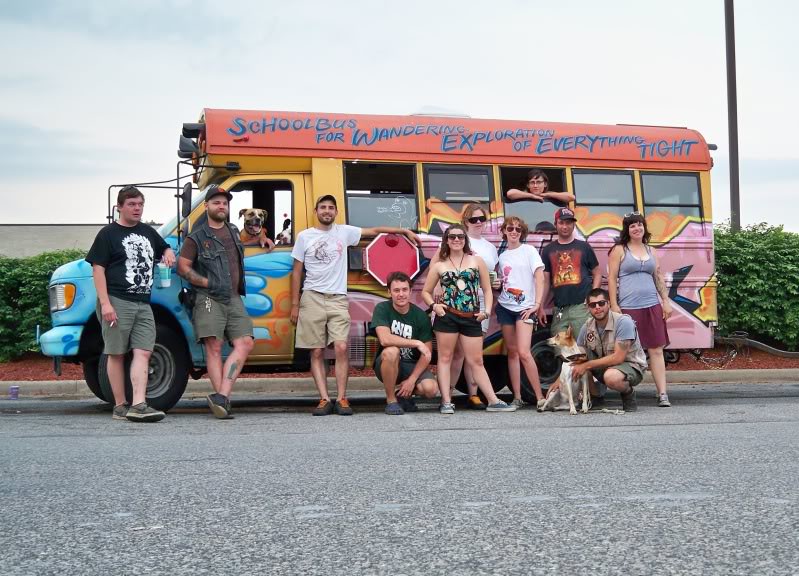 Lori 40, our wonderful host for the Cutthroats' latest adventure, really hit a home run with this trip. 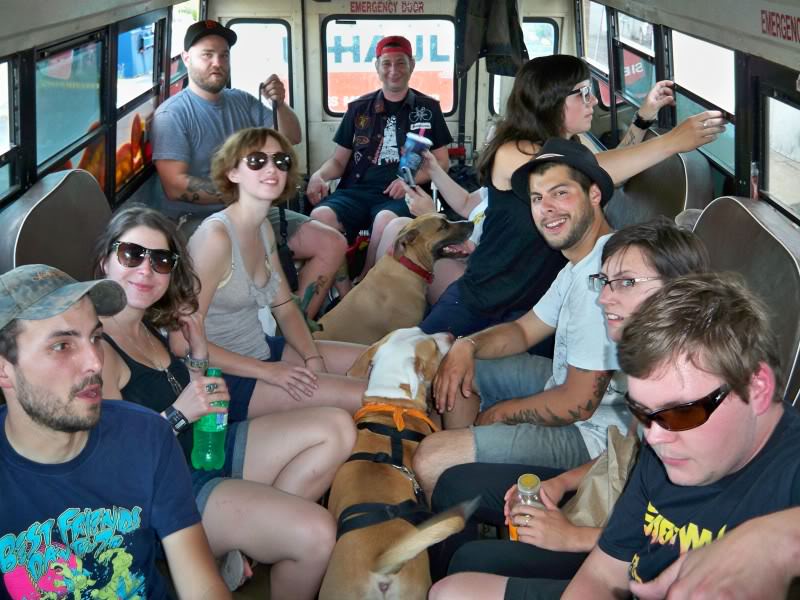 The only overnight camping near Brooklyn, NY can be found at Floyd Bennett Field. It's about an eight-mile ride from Lori's apartment, but in true Cutthroat fashion we stretched the ride to a day-long endeavor. 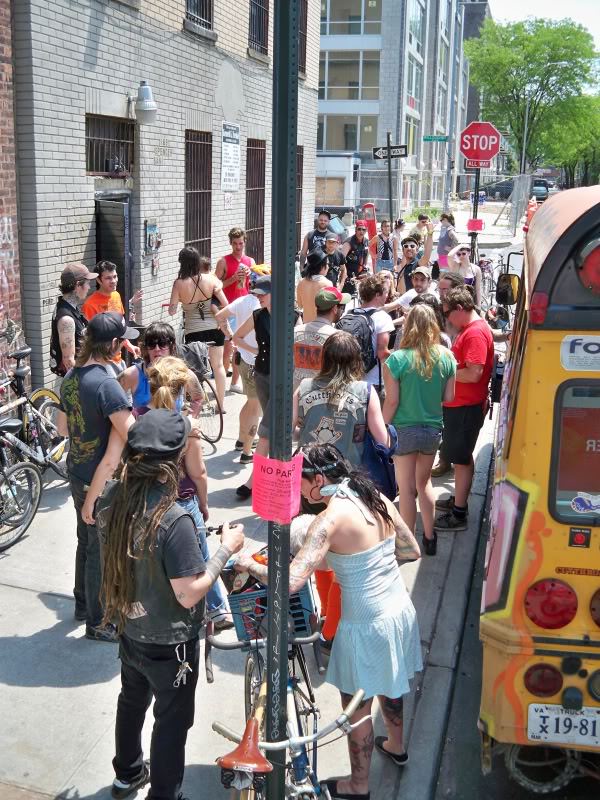 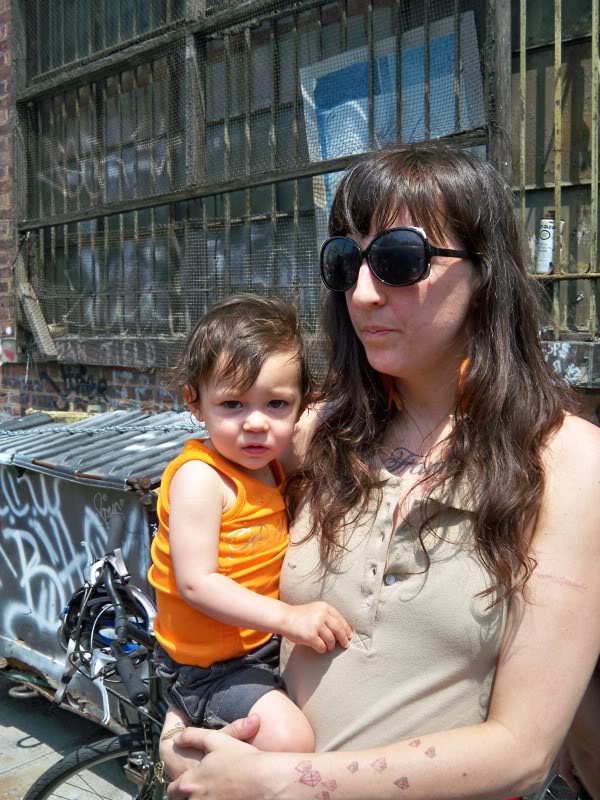 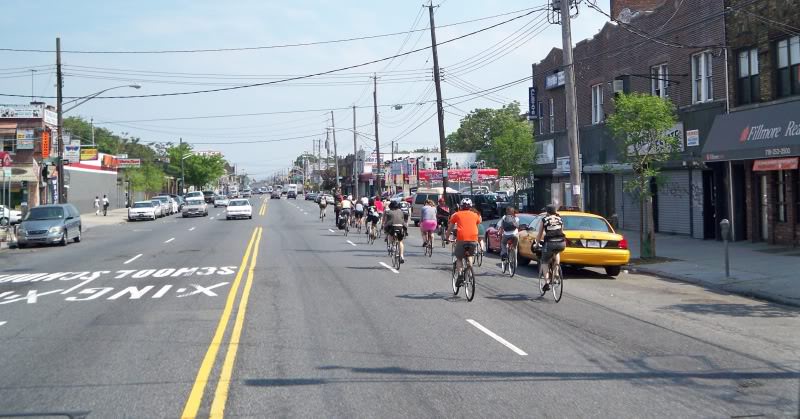 When we reached the campsite, the group of over 50 people spread out and began staking claim to their respective camping domain. By nightfall we had a grill full of food and three fully stocked coolers. The laughter and constant banter didn't seem to end until morning. 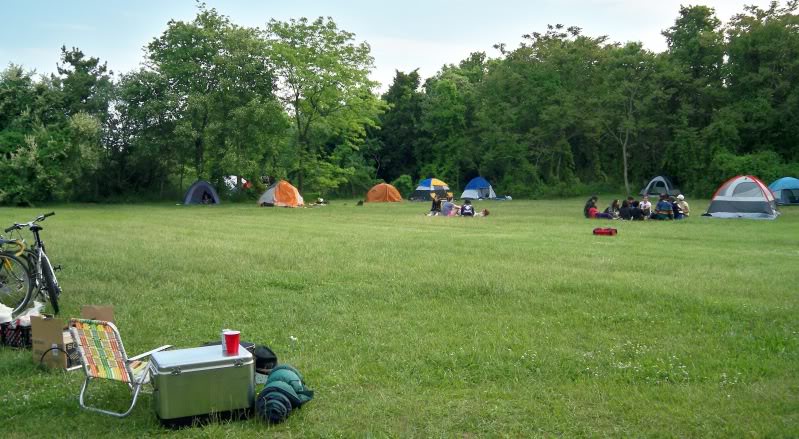 The next day the majority of the campers took a trip to the beach, but a party of three - Rachel, Sean, and myself - drove to Diablo to watch the U.S. Open of Mountain Biking.

We walked up the course during the last few minutes of practice and had enough time to preview the course before the race actually began. The amateur class started and we watched it until a thunderstorm rolled in. The officials put a hold on the race, so we decided to grab some lunch in the meantime. Once the weather cleared up we headed back to the mountain. Our timing was pretty good, and the racing continued soon after we'd reached the top of the course.

The rest of the amateurs rode through and then it was onto the main attraction - the Pro Class! There were so many top names in the race, and their superior skill and speed was obvious. Sam Hill ended up the Victor with Gee Atherton and Brendan Fairclough coming in just after him.

Sean took a ton of great photos while the pros rolled down the trail. The predominant viewing area on the trail was a huge rock garden with a pretty gnarly line. The faster riders opted to jump off the last large boulder, landing just below the final set of jagged rocks. 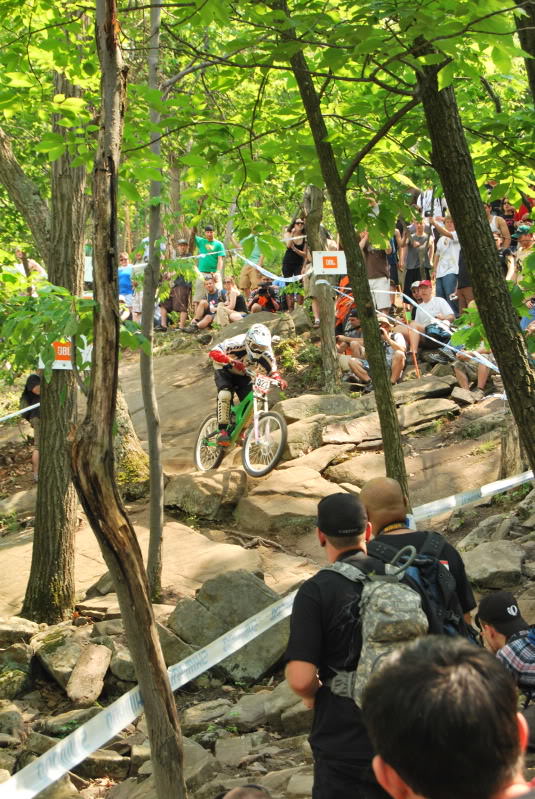 On our way back to the campsite we picked up Darryl Nau and beer - both of which basically guarantee a good time. The last night in Floyd Bennett Field was great. Another chance to spend time with some of my very best friends. 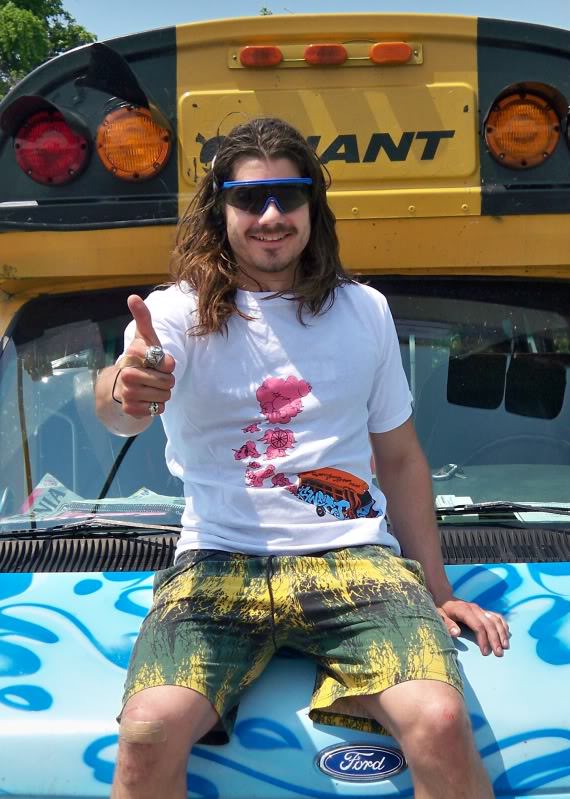 The next morning we cleaned up, packed the bus, and headed to Richmond - another great trip on the list. 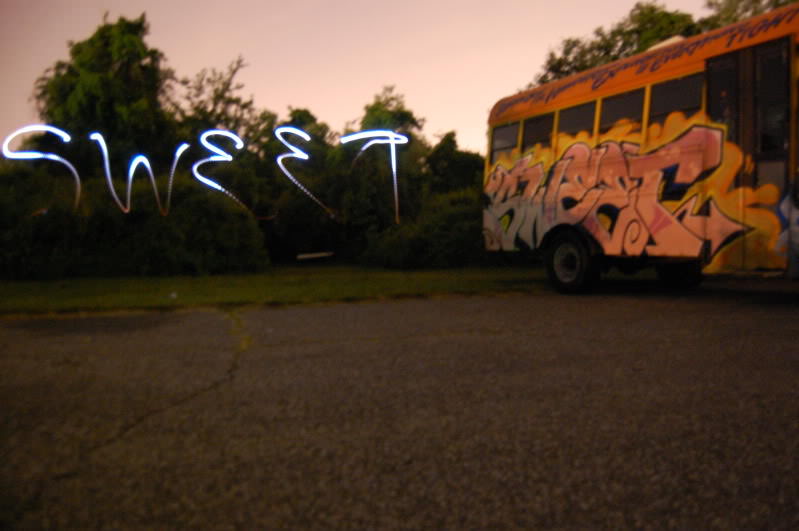 Posted by Dennis Throckmorton at 3:02 PM

Don't forget to thank the other Brooklyn Cutthroats, I definitely didn't do this alone!! Much love for Pete, Anda, Dagga, Kevin and Andrea.

We miss all y'all already and we can't wait to do it again!