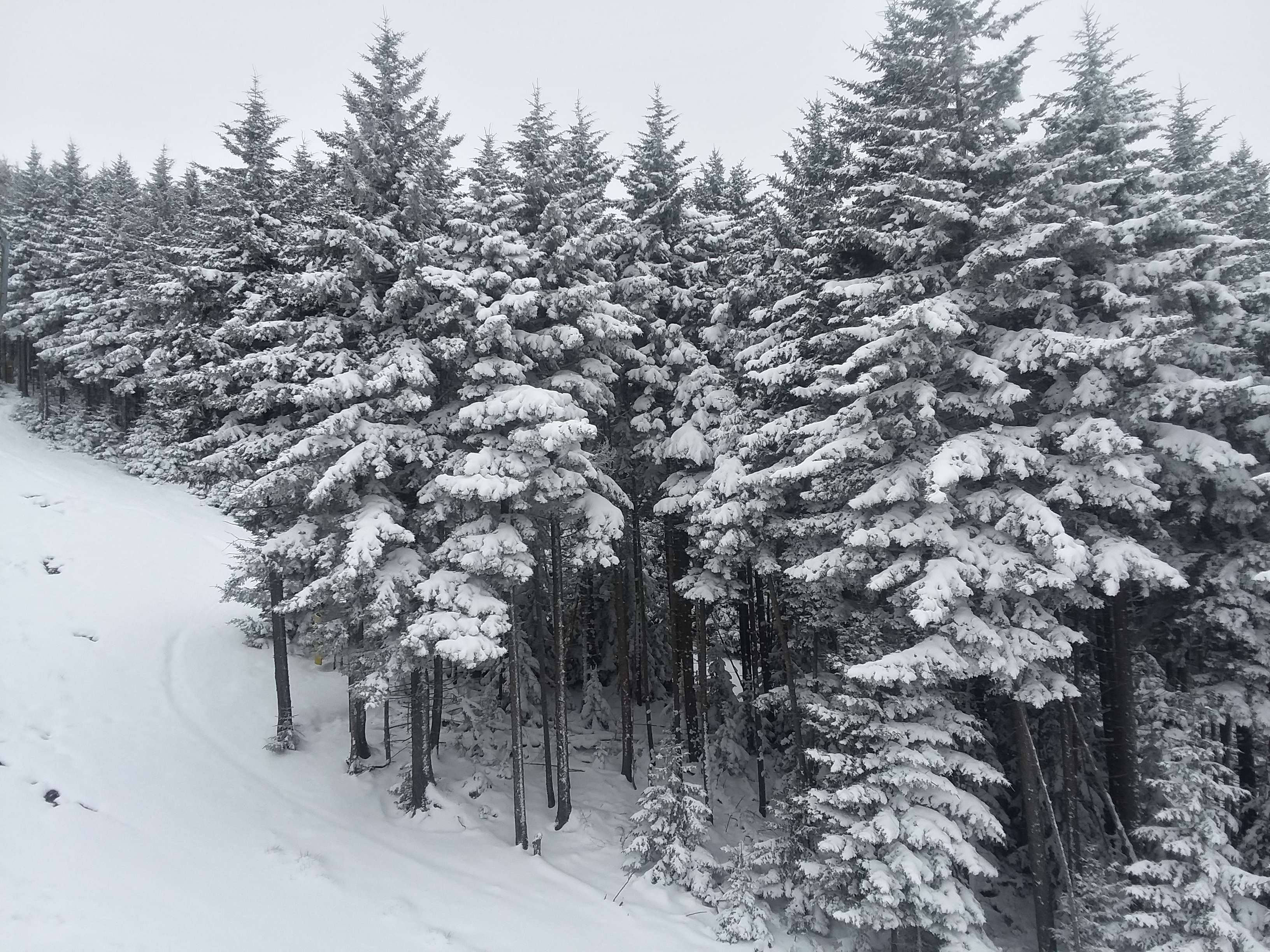 Checking the weather forecast for Snowshoe has been part of my daily routine for a few weeks. The fluke 40 degree day is a deal-breaker, though, as it means the top layer of snow will be melting and refreezing, giving the slopes a layer of ice. This week, however, the temperatures remained below freezing. Furthermore, the mountain was blessed with some generous snowfall the past few days.

Since lodging prices are astronomical, I decided I'd try to survive a night in the car at our favorite camping spot near Slatyfork. Even if the temperatures turned out to be unbearable, I could always turn on the car to warm things up. With that said, I had ZERO luck finding any willing participants to join me. No problem - I'd test out the overnighter myself and report back to those doubting my sanity.

Prior to this trip, I'd installed a light bar to the cargo box of the Crosstrek, so I was eager to test out its effect. 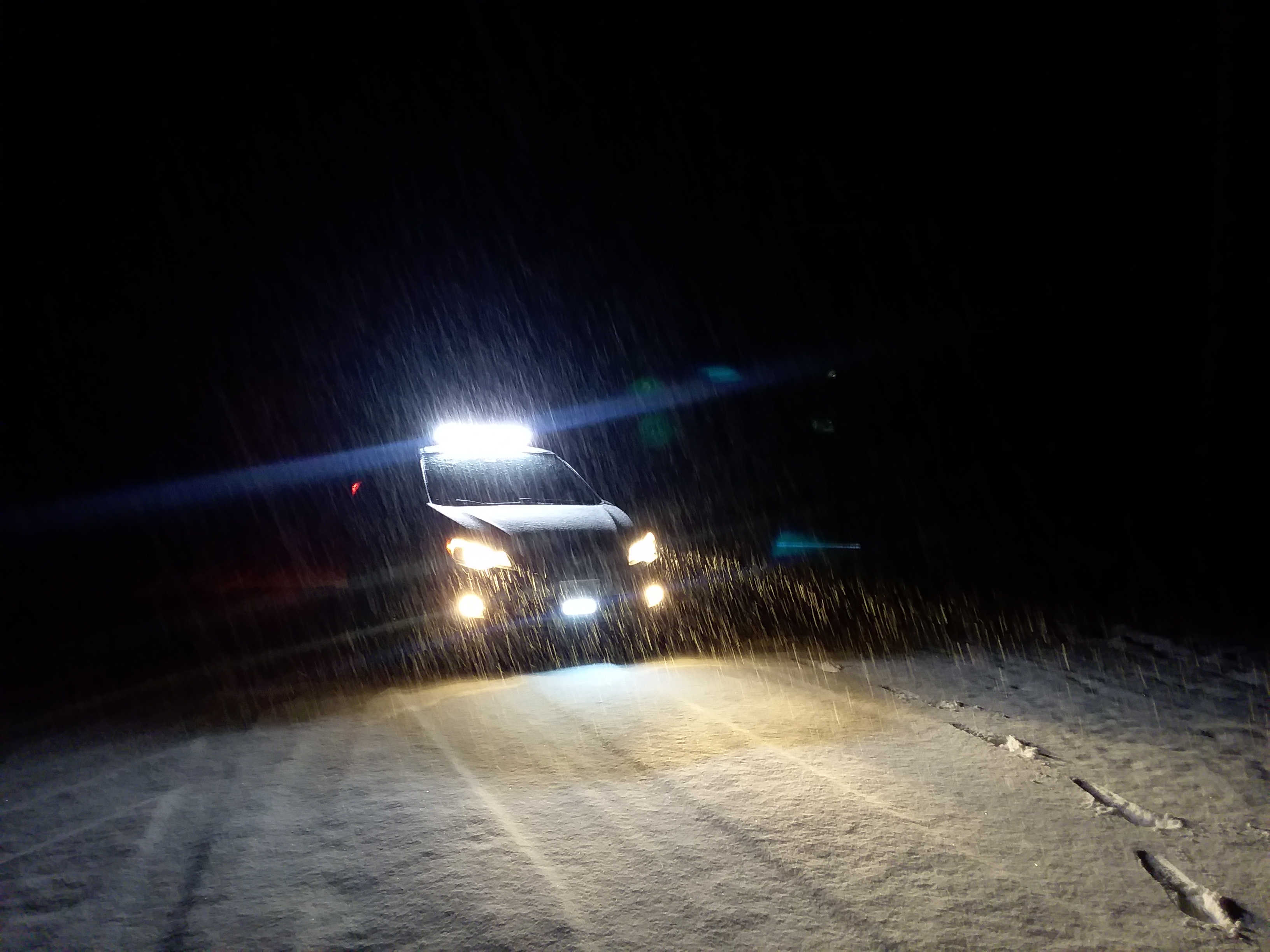 Once I'd reached the campsite, I set to starting a fire. A few beers later I was settling into the car for my overnight stay, running the car's heat one last time before I called it a night. Through the course of the night, I woke several times, indicating that it must've been a bit chilly despite feeling relatively comfortable each time I woke.

The next morning I rose from my sleeping bag and began packing up camp. Snowfall had continued through the night, depositing an additional 6 inches of snow on top of an already impressive base. Regardless of this extra depth, the Crosstrek handled the conditions in perfect form. Not even once did it struggle for traction! 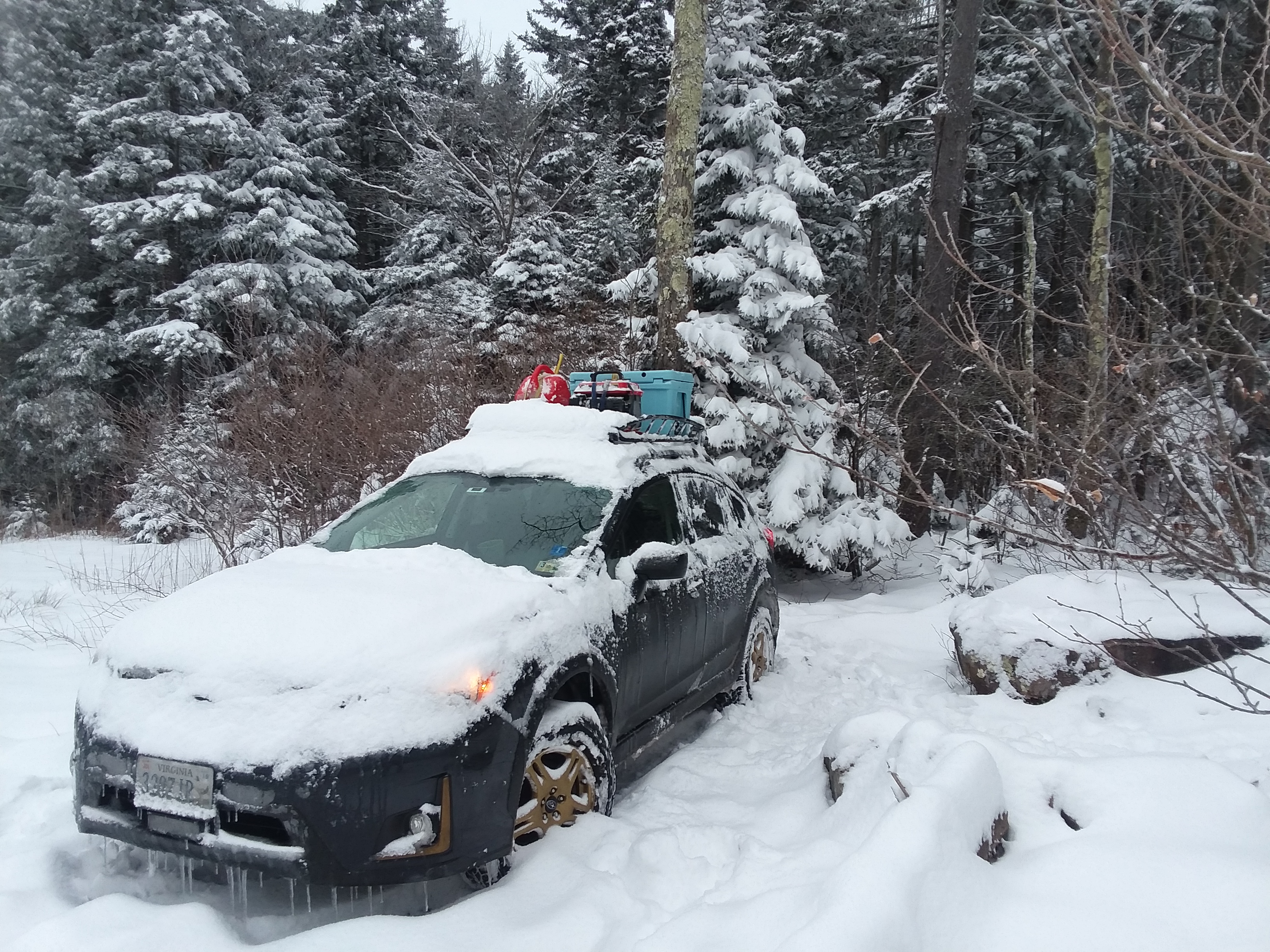 I arrived at Snowshoe around 9am, and was on the slopes soon after. Although it has clearly been a light season thus far, they did have enough soft stuff to allow me to shred the edges, peeking in and out of the trees along the border of the slopes. I have a feeling the glade runs will be a long time coming, if at all this season. With that said, I'll be keeping an eye on the trail report in order to return for another snowy weekend. 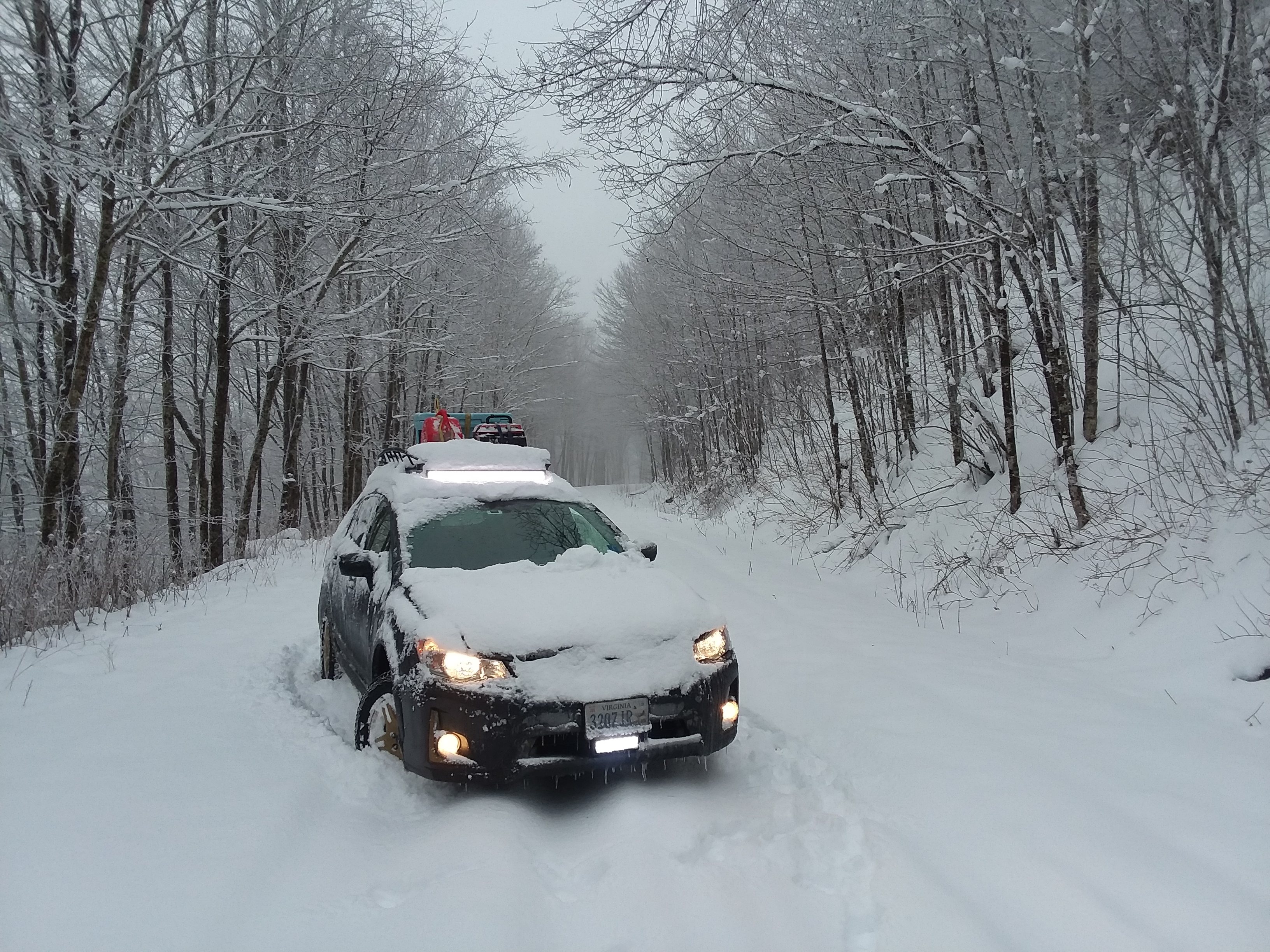