This weekend Rebecca and I decided to take an extra day for our trip to Mountain Creek to see New York City. The drive there was rather lengthy, but worth the traffic once we reached Manhattan. We walked the dogs in Central Park and found a local sub shop for lunch before heading to our campsite in Stokes State Forest. 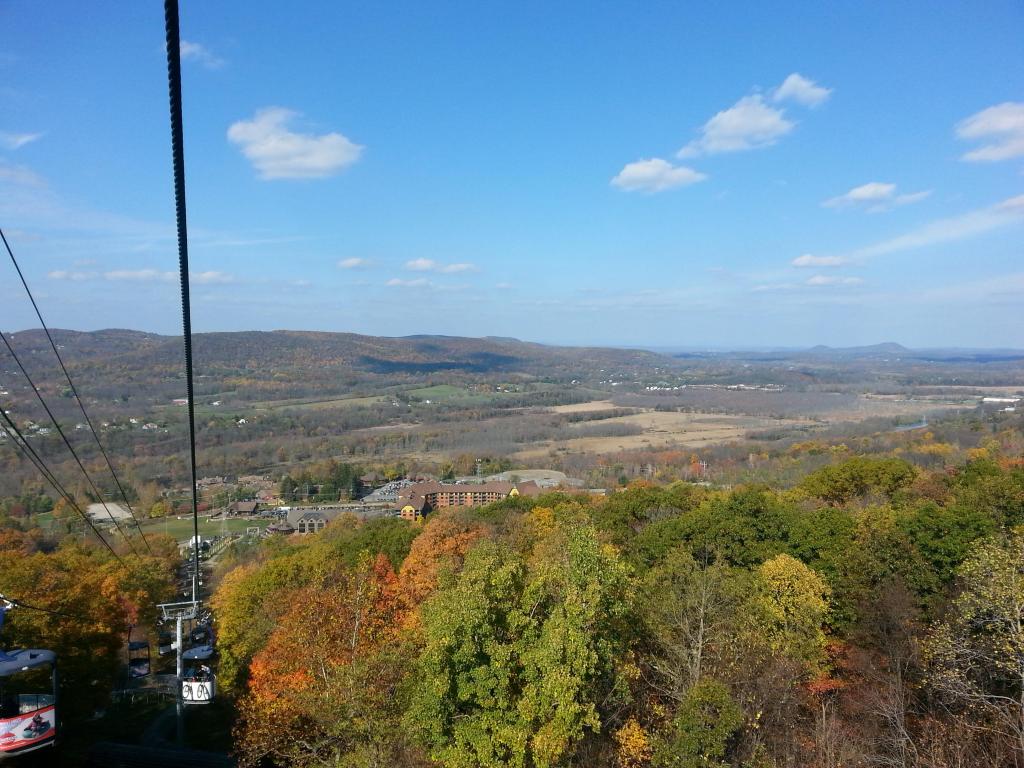 The next morning we stopped at Jumboland Diner for breakfast just outside of Stokes State Forest. Once we were stuffed on french toast and eggs, we continued the drive to Mountain Creek. Once geared up, I headed to buy a lift ticket and was fortunate enough to strike up a conversation with one of their higher-ups and score a free pass for the day. This was especially lucky since the park was no longer honoring last year's promotion for a free day pass with the Snowshoe season pass. 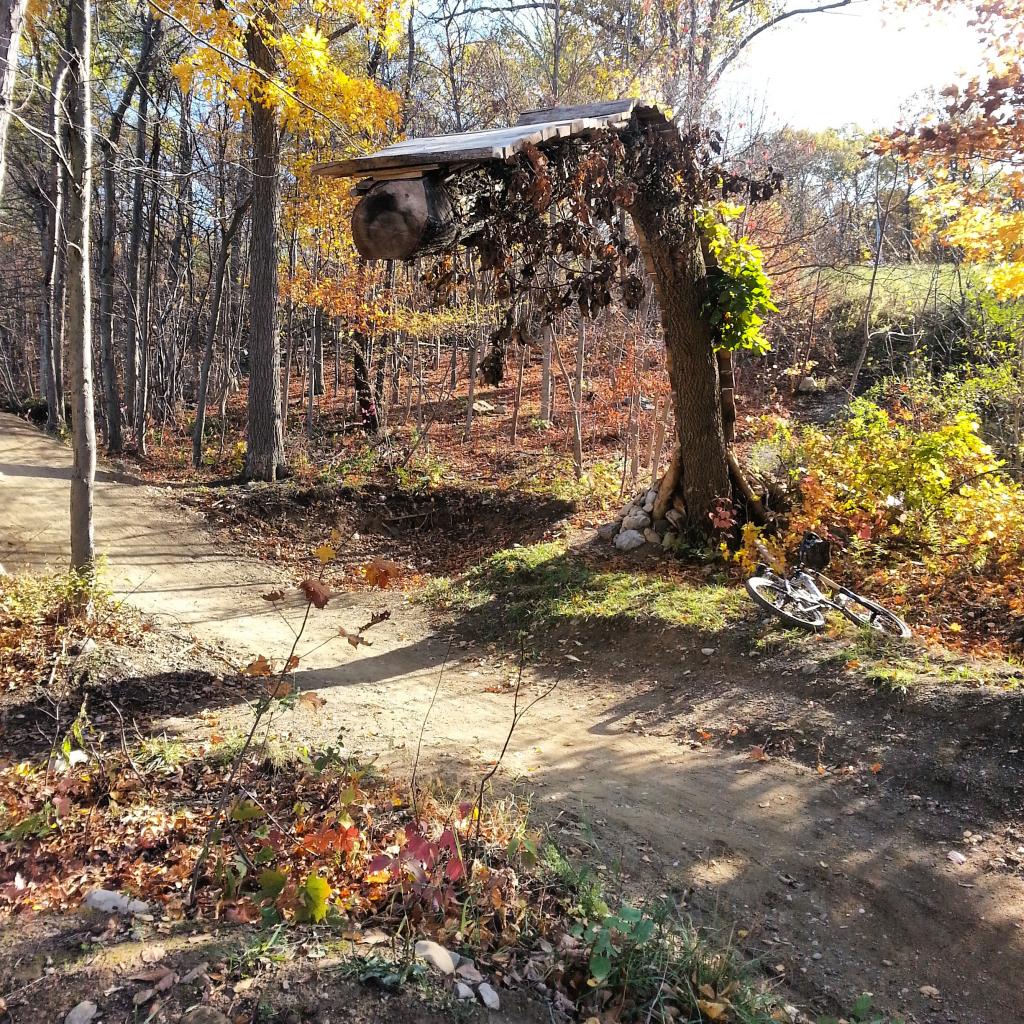 I hadn't ridden since the park was known as Diablo, but I was pleased to see that the trail work had only improved since then. The conditions were superb and there were several new features along the trails. One in particular was a huge log ride that was installed for a photo shoot a few weekends prior. It had no lead-in trail, but I just couldn't resist trying it so I pushed my bike a few yards above the feature and gave it a shot. 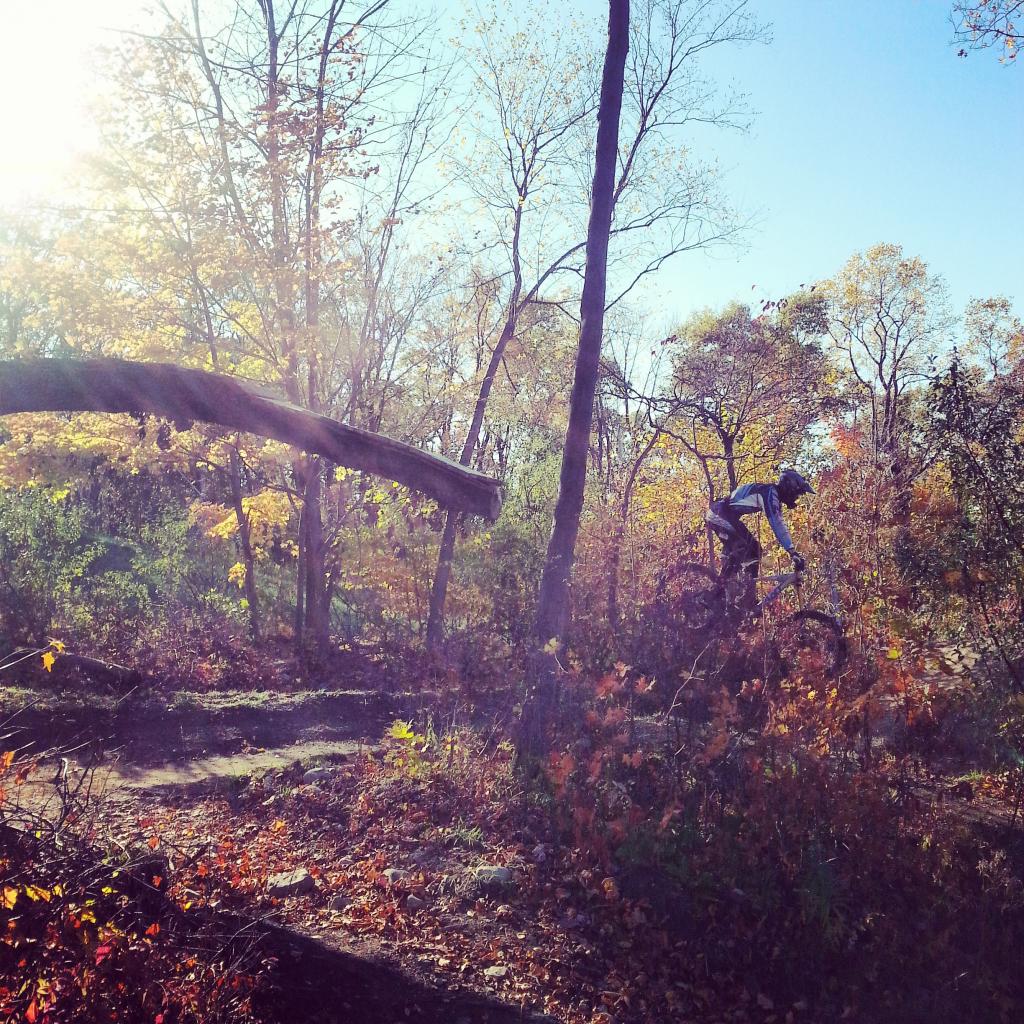 That night we headed to the Warwick Drive-In to catch The Equalizer. After the movie I caught a second wind, so I decided to start the drive home then instead of the next morning. I lasted until Maryland, but was able to catch up on my Z's in the back of the Jeep since we'd left our sleeping bags strewn about after the movie. The rest of the drive went by quickly and the rest of Sunday was spent relaxing at Rebecca's house with the dogs.

Posted by Dennis Throckmorton at 3:53 PM