Our second trip to the Outer Banks this summer began with a gloomy forecast. There was a huge rainstorm moving east and our camp site in Rodanthe seemed to be directly in its path. This trip, however, could not be dampened by a bit of rain - after all, we were there to celebrate Warren's birthday.

The rain moved in Friday night and persisted throughout Saturday morning. I was beginning to lose hope for the weekend when Joey found light at the end of the tunnel - in Kitty Hawk to be more specific. He found a surf cam that showed sun north of our location so we decided to head towards it.

On our way north we spotted a stranded Jeep Cherokee in the ditch. Since Warren's new Jeep Rubicon has a winch, he jumped at the chance to put it to use. In just a few moments he'd freed the Grand and elated it's Aussie driver.

Once we approached the Bonner Bridge to Oregon Inlet the rain subsided and we found a secluded pull-in to the beach. The cloud cover was still thick, but it was almost better that way since we didn't need to worry about sunscreen. 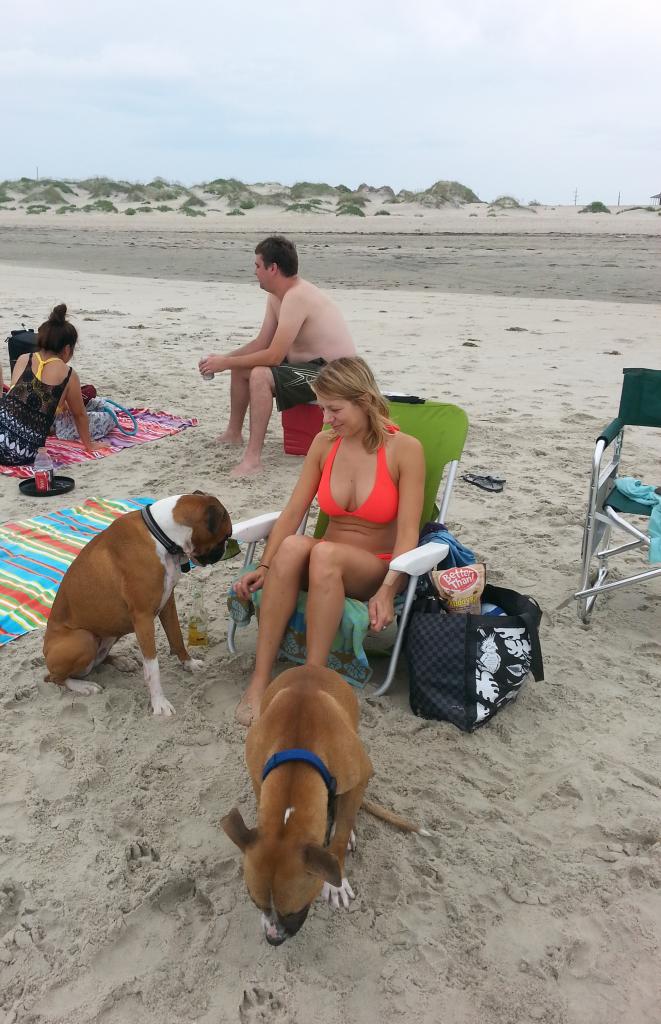 The majority of our time was spent watching Ruprecht battle the ocean. He loved biting the surf and chasing us into the deep water while being tossed by the waves. 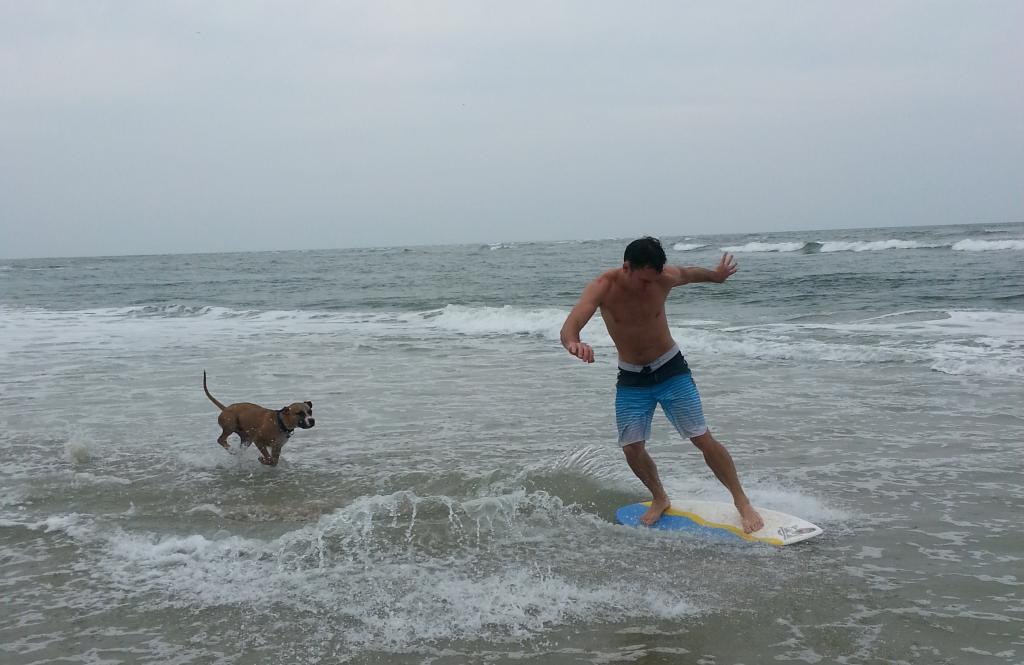 That night we celebrated Warren's birthday at Sting Wray's. After stuffing our faces the group of twelve headed back to the camp site. We didn't last long after the restaurant though and soon retired to our tents.

The next morning we were woken by the warmth of the sun. After emerging from the tent Rebecca headed to the nearby pier to stretch and get in a few yoga poses while I struck the tent. 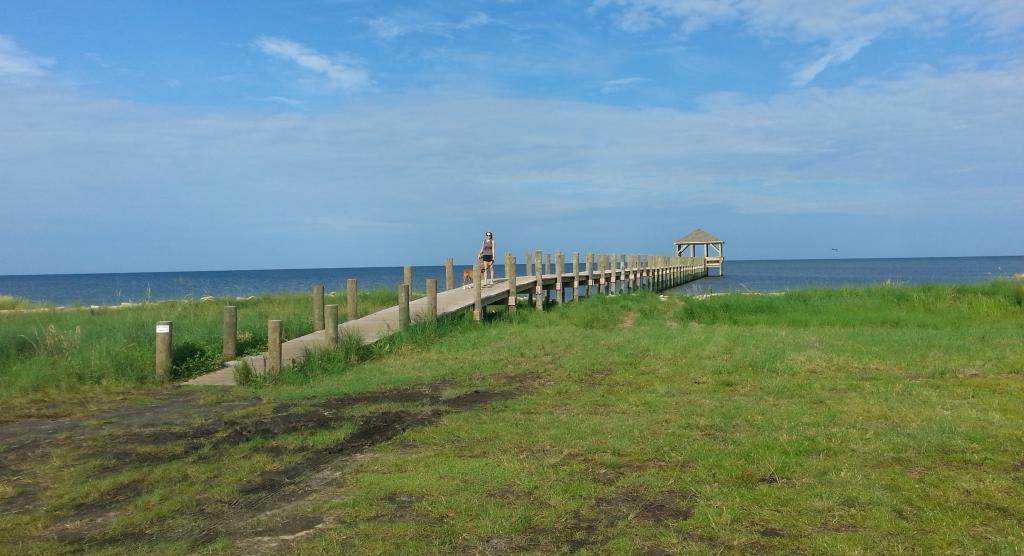 Once we had packed the vehicles, each car set off individually to find its own adventure. We decided to revisit the beach near Oregon Inlet. This time the sun was out in full force and we spent far more time in and out of the water. 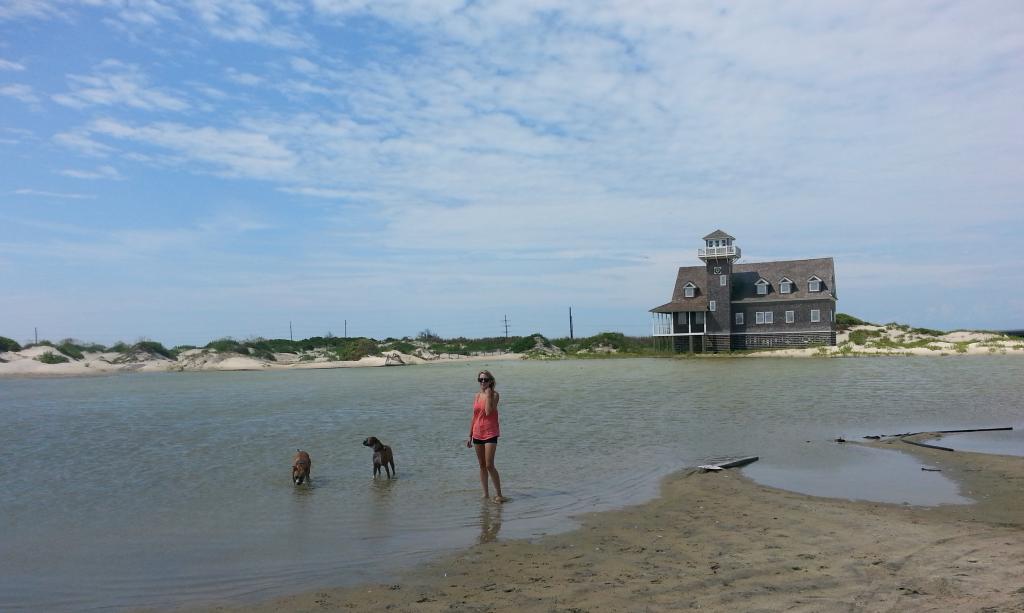 Just before the end of our time at the beach, Ruprecht found a Fiddler Crab. To our surprise, he didn't attack it. He actually just seemed to consider it a new friend, as if the crab snipping at his nose was an invitation to play. 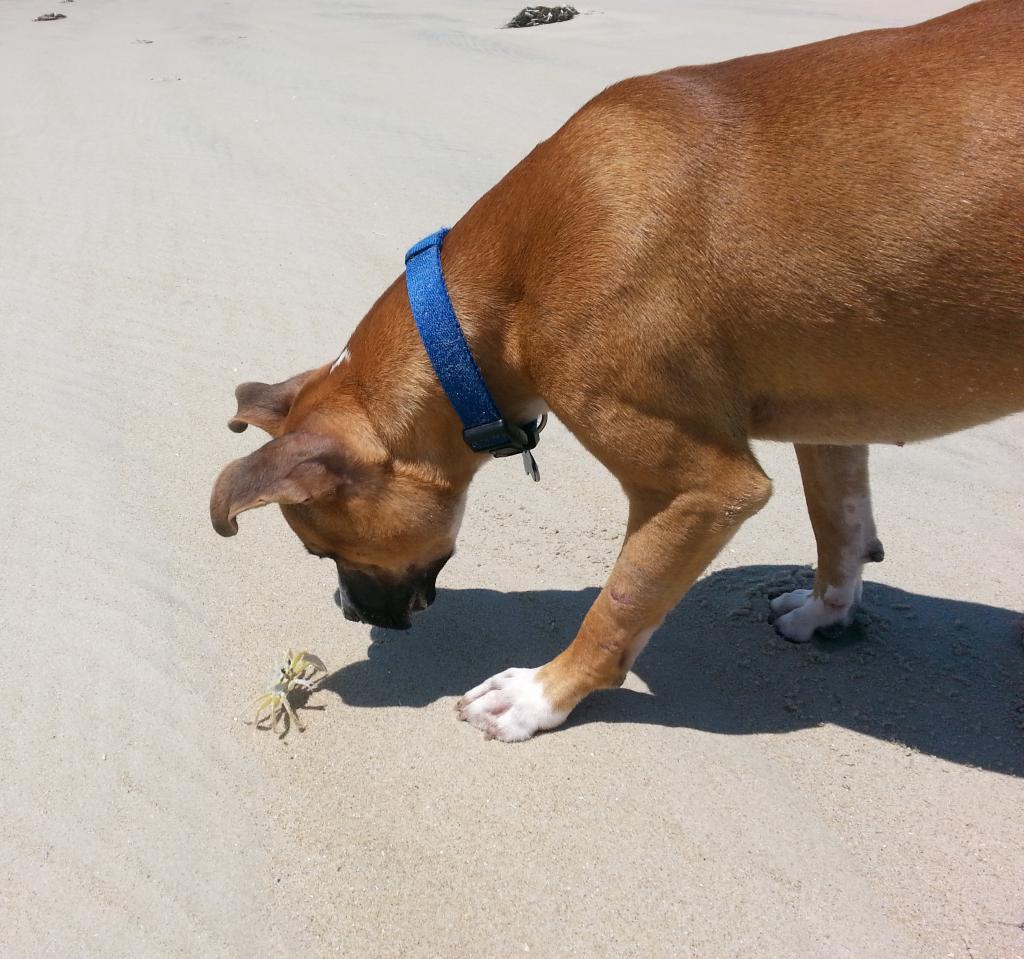 Posted by Dennis Throckmorton at 8:13 PM