After riding all day at Bryce, I was slightly regretting signing up for the RedBull Berm Burner race on Sunday. The two day event was part of the Dominion Riverrock Festival. 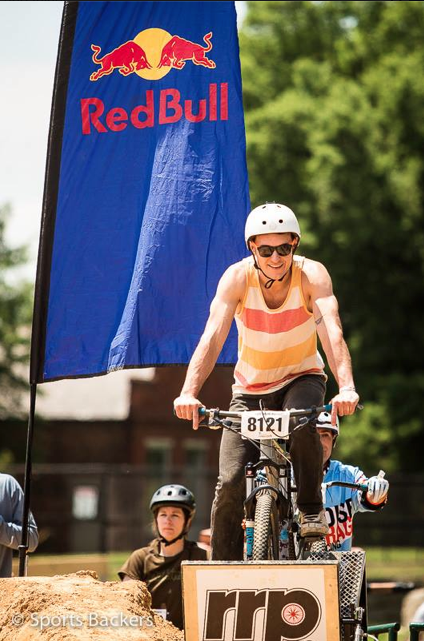 The course was small, but after five laps it left each rider gasping for air. The format of the day was simple - each rider would complete five laps during qualification. The fastest lap would be used to determine the 16 advancing riders. After that, the riders would be organized into brackets and they would compete two at a time until a final winner was crowned. The age groups were thrown out, although the three fastest "old guys" were given a place on the board whether or not their times were among the fastest overall. 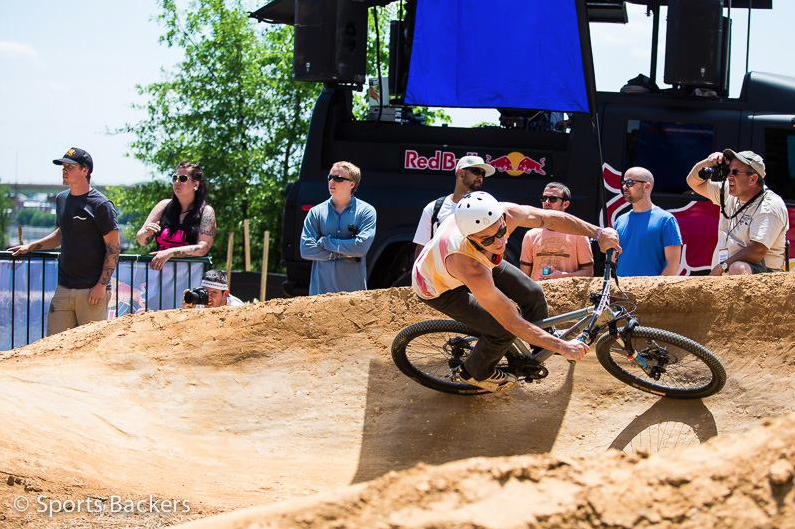 Jesse Peters of Backlight Photography snapped shots of the riders all day (including the two in this post). His complete collection can be found on his main gallery.

Since the race was an amateur event (pros raced on Saturday), the mood was a bit more relaxed. We progressed quickly through the brackets and within a couple of hours the races drew to an end. Once it was all over, I placed 4th among the 16 riders that qualified.

After that, we wandered through the rest of the festival, watching the freestyle mountain bike and kayak events among others.

Posted by Dennis Throckmorton at 7:46 PM