A week ago the temperature was 20 degrees cooler, the skies were full of rain clouds, and the wind was howling. The first trip of the summer had been planned for weeks and we were going to carry it out no matter what the circumstances. To our delight, the weather broke and the sun came out in full force for our inaugural weekend of fun in the bus. The temperatures were in the 80's and everything around us was full of life - perfect timing to say the least! 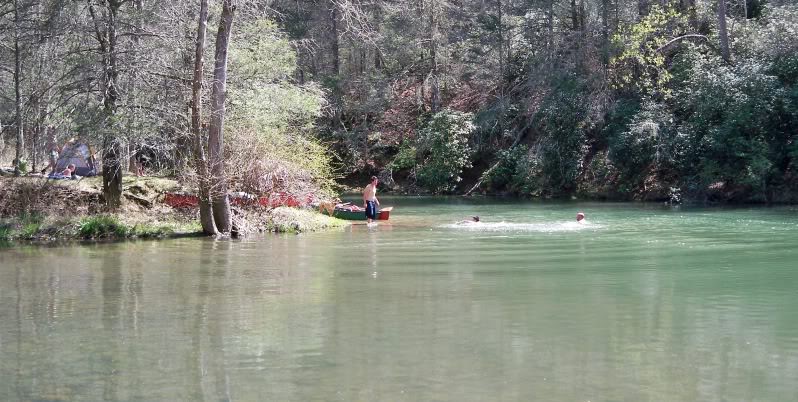 Our group for this trip consisted of 11 paddlers - Jeremy, Tristan, Michael, Peter, Barbara, Brooks, Will, Graham, Harrison, Julian, and myself. Oh yeah, Dignon came along too. 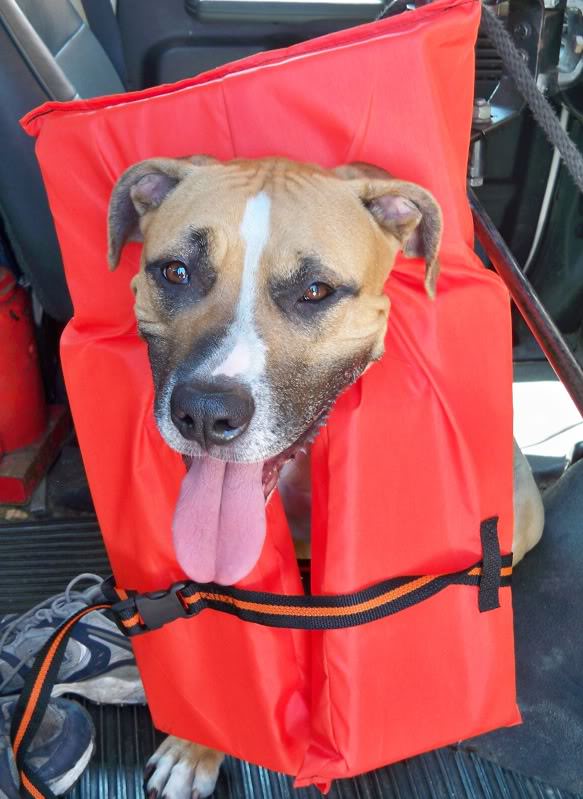 Four of us (Jeremy, Tristan, Michael, and myself) headed out on Friday afternoon and met up with Peter and Barbara near Staunton, VA. The initial paddle was short, which came in handy since it was nearly dark when we hit the water. When we reached the rest of our party at the campsite we promptly pulled out the coolers and began to celebrate the beginning of a fine trip. We all hung out by the fire until late that night, each retiring at different times as the night rolled on. 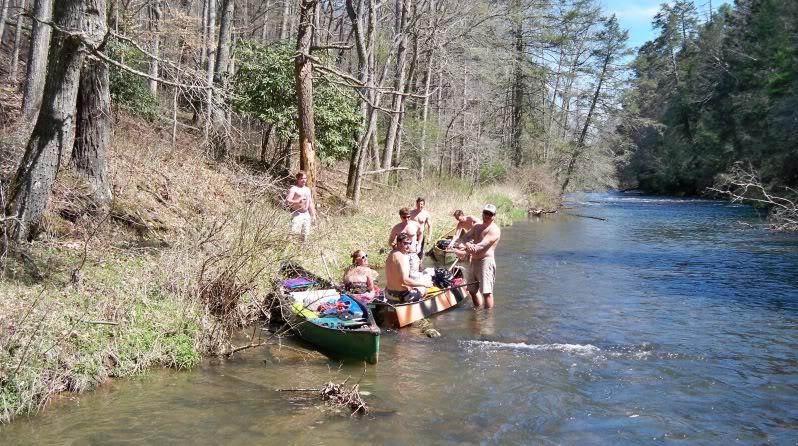 The next morning we woke up, threw together some breakfast, and then headed down the river. Our trip that day was relatively short and we reached the next campsite before noon. 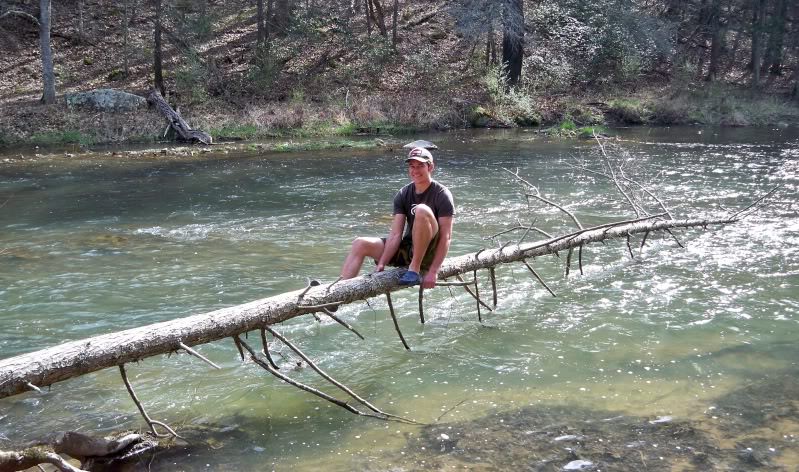 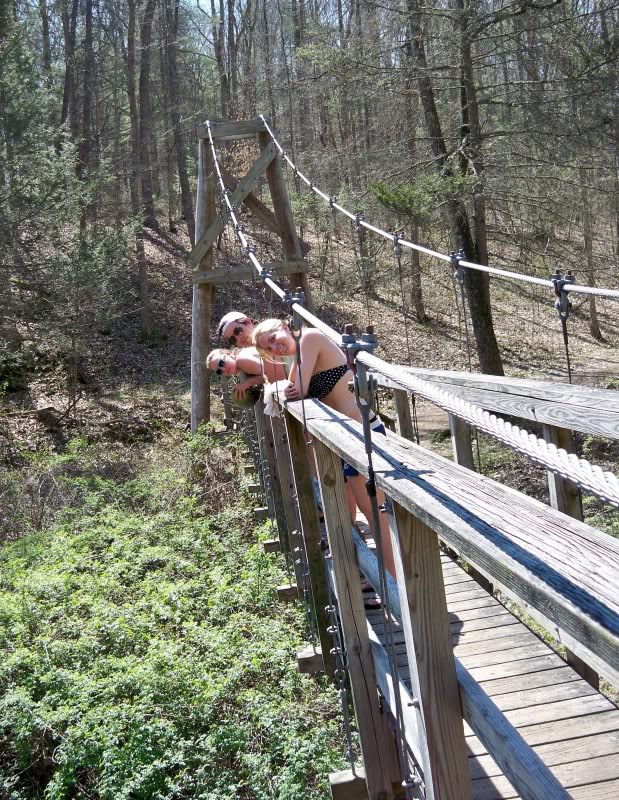 We spent the remainder of the day exploring the area, fishing, and generally enjoying the abundant nature around us. 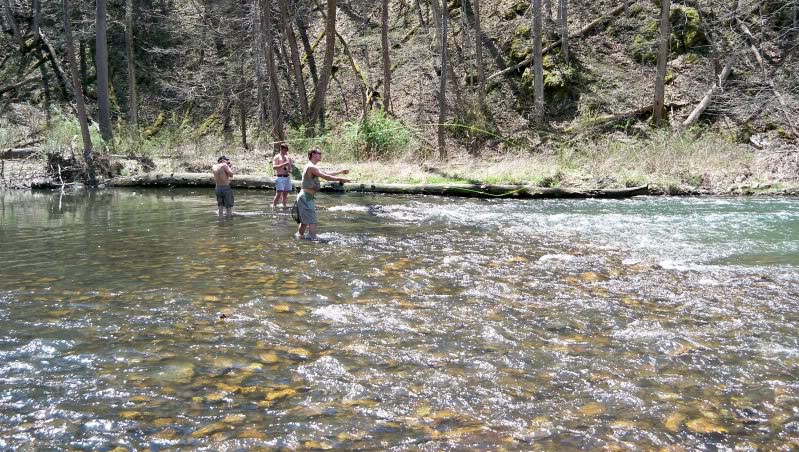 That night Jeremy grilled us a fine delicacy - cow heart! You'll have to check his facebook profile for photos of that one. 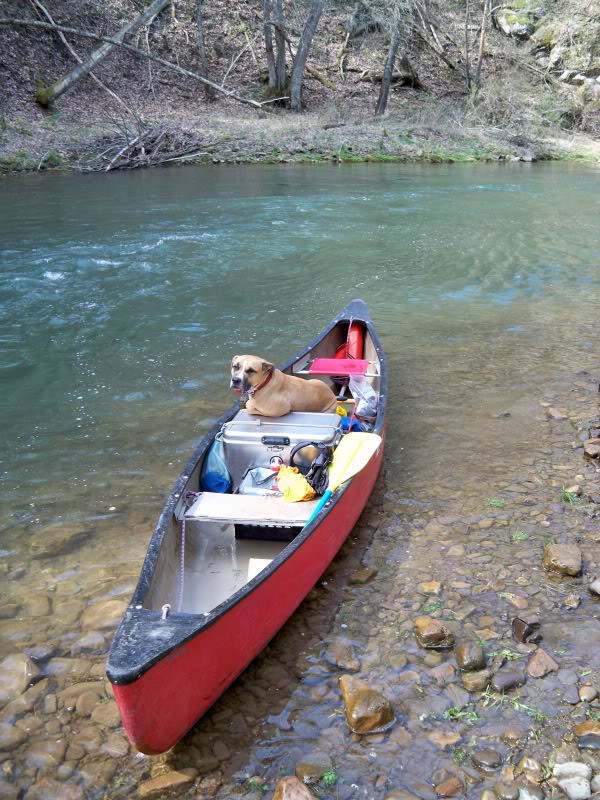 Our last day was a longer paddle, filled with some fun rapids and walk-around sections. We reached the take-out in the late afternoon and were packed up and ready to roll a couple hours later. 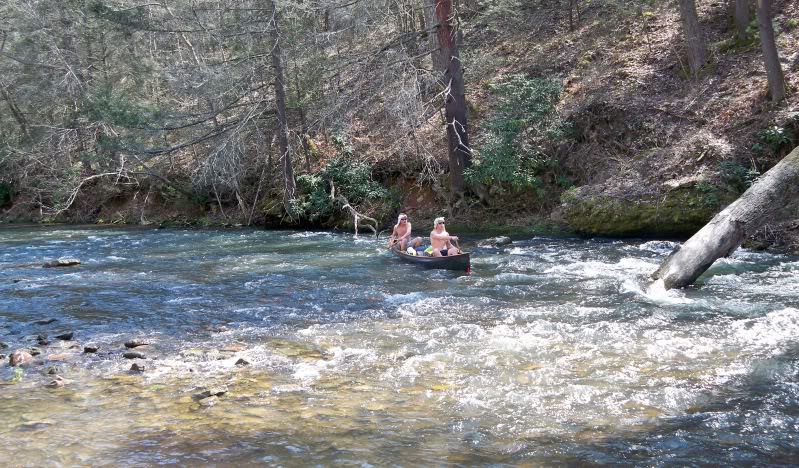 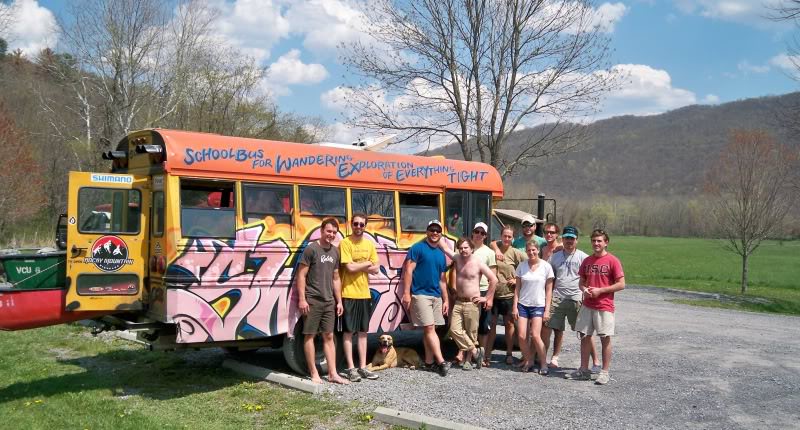 The drive back was as fun as the drive there, through meandering country roads and fun, twisty turns.

Posted by Dennis Throckmorton at 10:43 AM

whoa! this is like my dream vacation. well, one of them. looked awesome!