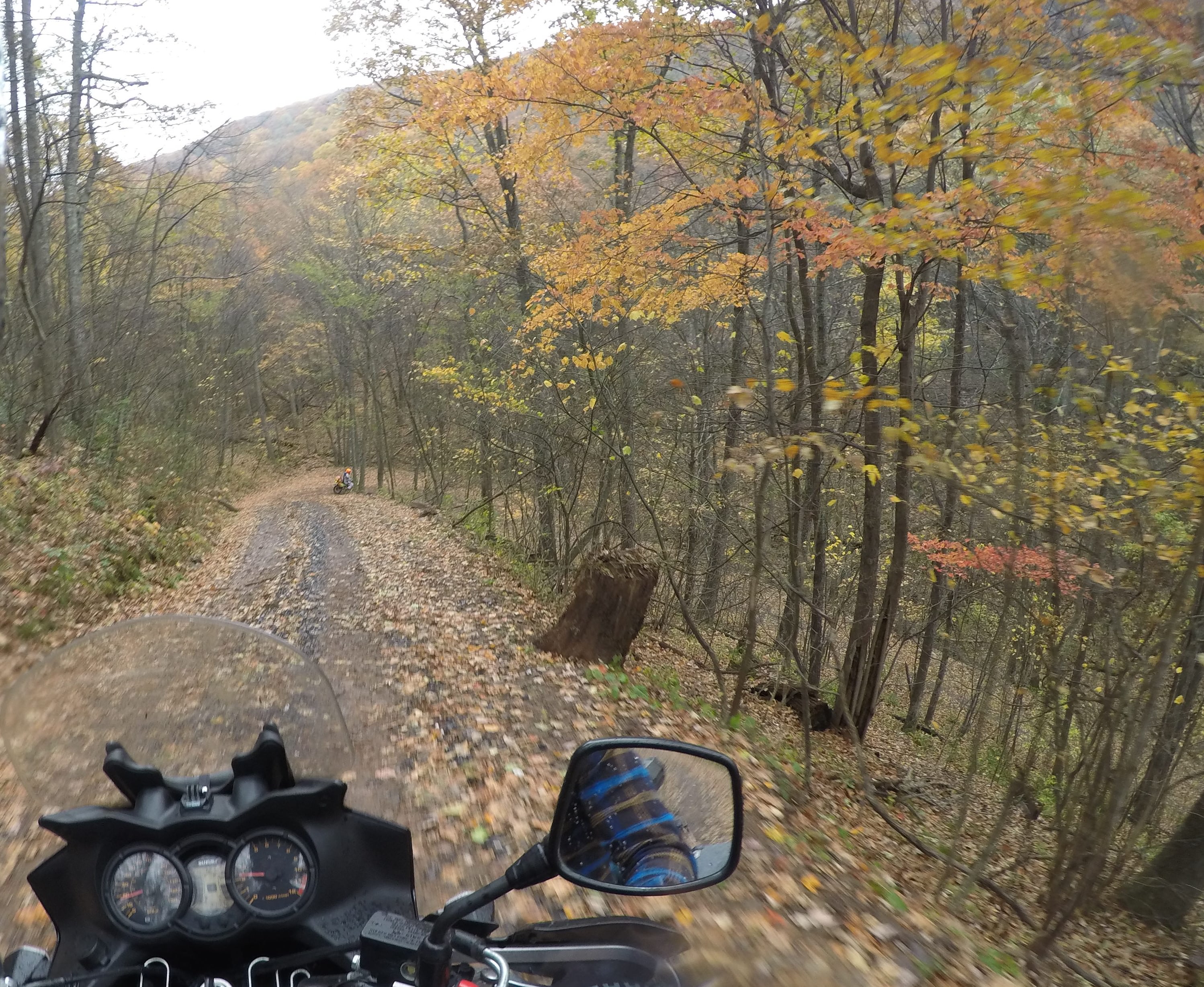 The last trip that Whit and I took was a blast, and we've been looking forward to our next outing since then. This time around, Whit planned a route to his friend's off-grid tiny home near Charlottesville for Friday, followed by a ride to Flagpole Knob on Saturday. 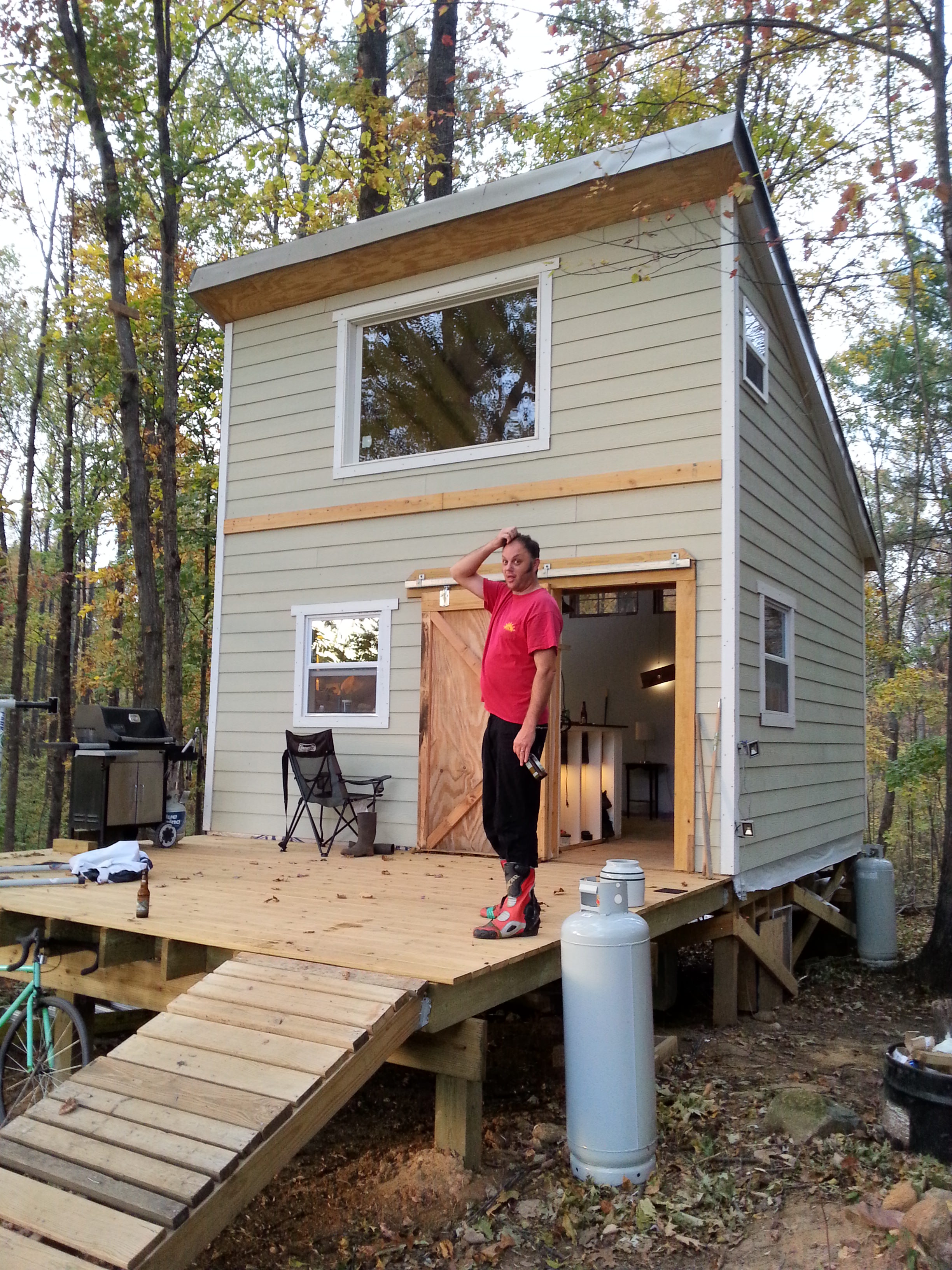 Whit's friend, Chris, has been building this home completely by himself, with some pretty ambitious plans. 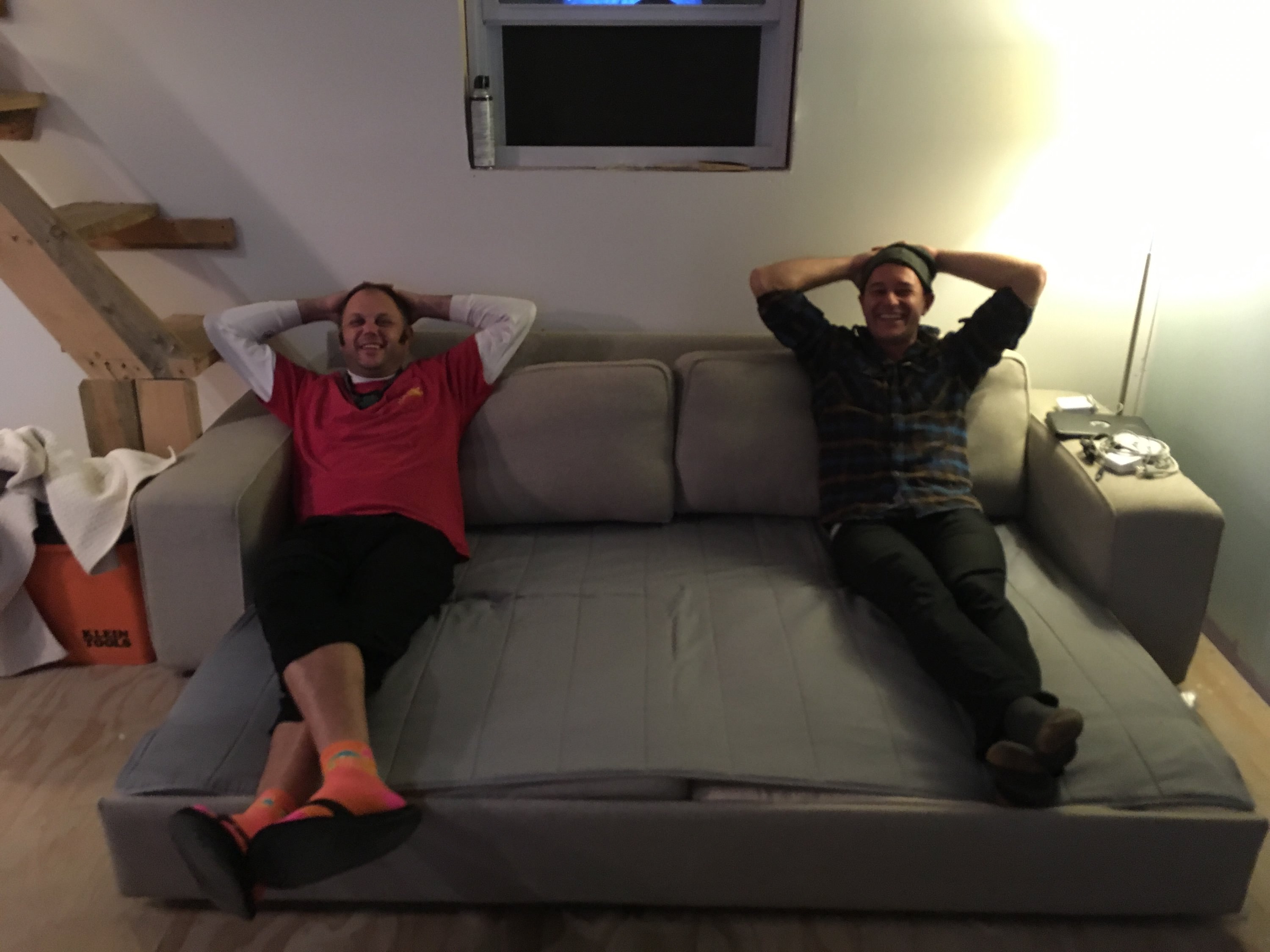 I was especially impressed when he mentioned that he'd not used a single nail in its construction. I live by the same dogma, using screws instead. 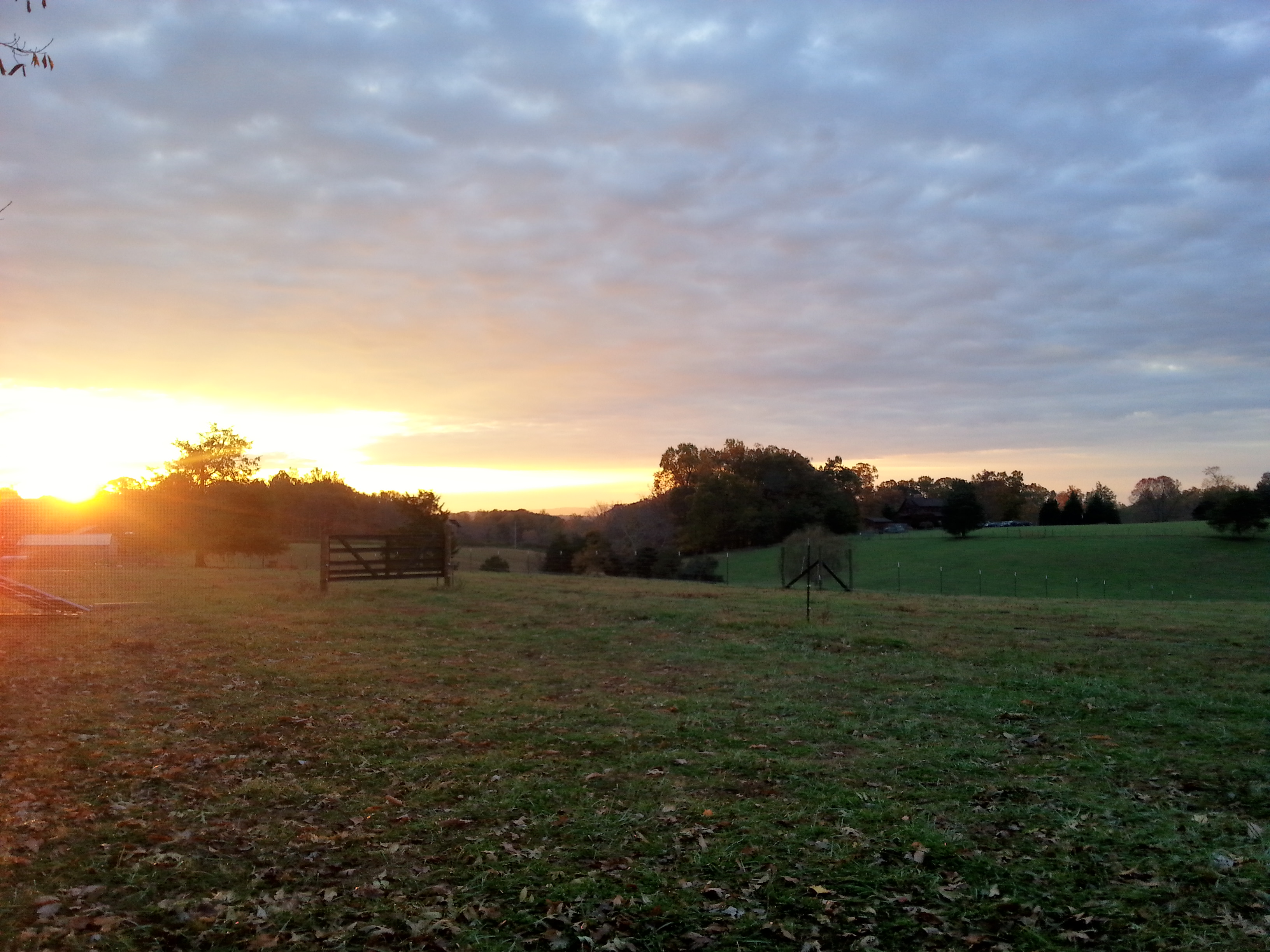 The next morning we heated sausage over the grille and helped Chris move a piece of furniture to the upstairs loft before heading on our way west. 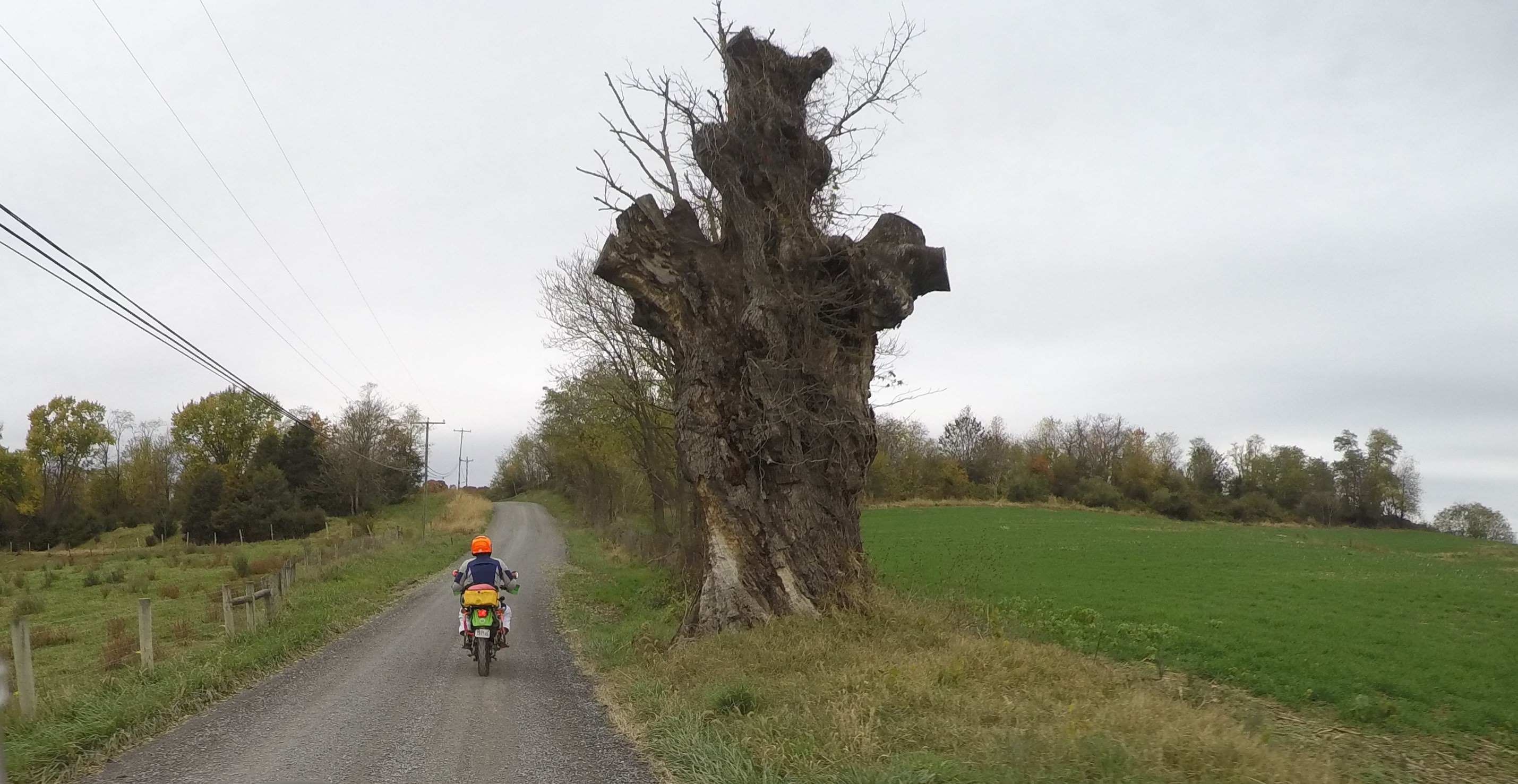 The forecast had us expecting highs in the upper 70's with plenty of sun - that was NOT the case. The temperatures barely reached 60 degrees. Luckily, even the greyed-out conditions were beautiful, considering the country roads Whit chose for this trip. 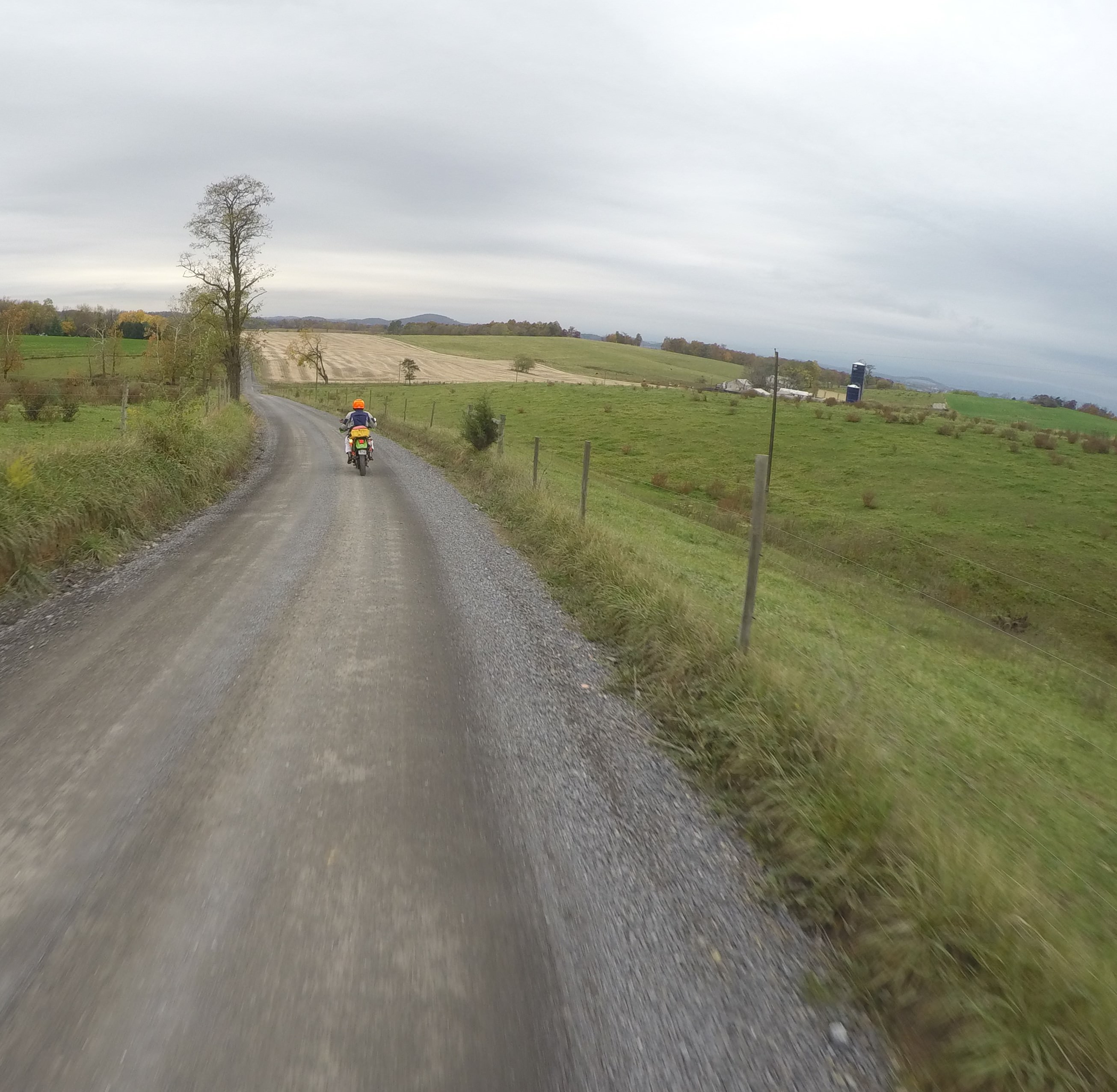 The roads slowly degraded from asphalt to gravel and so on, until eventually we were in the woods. 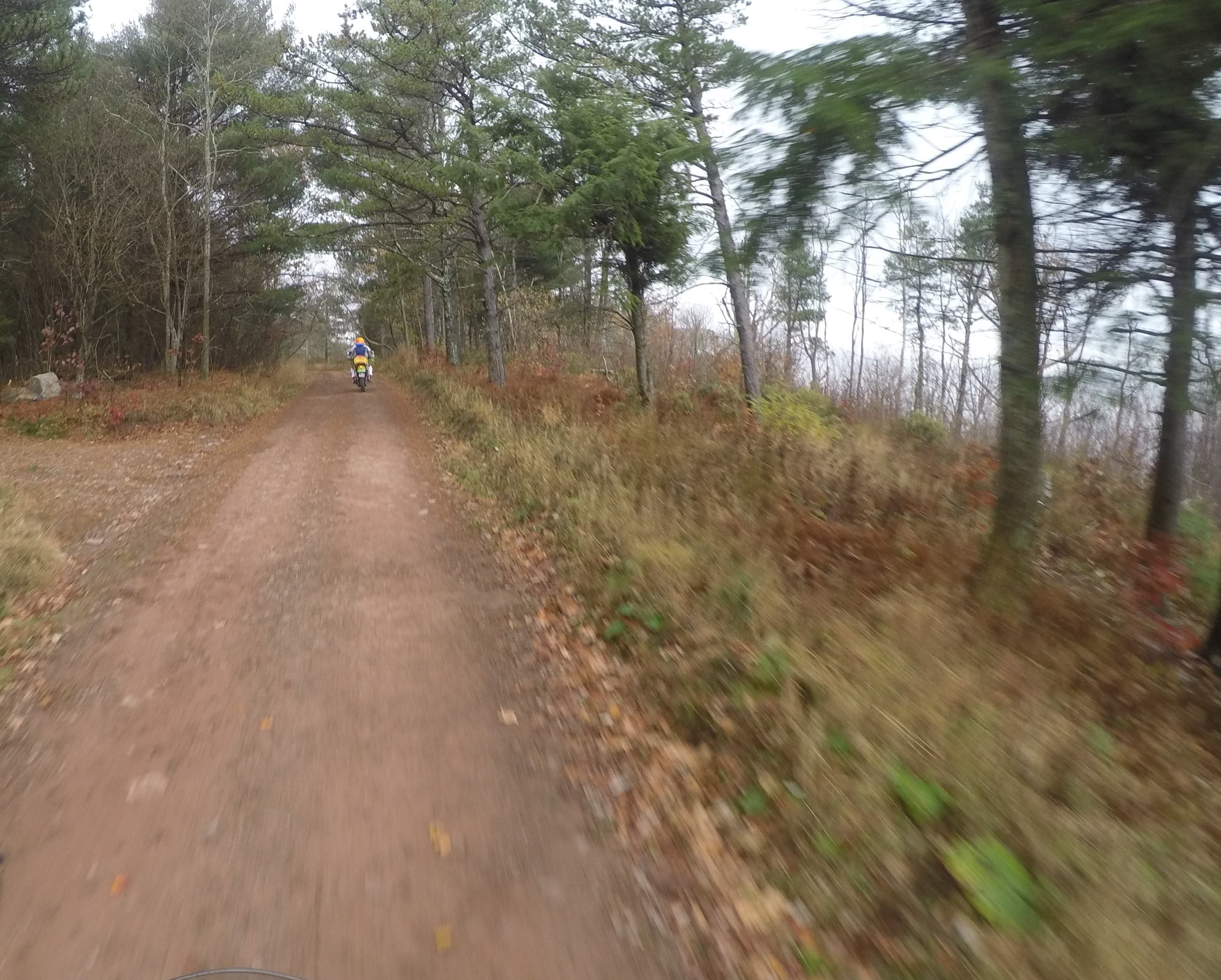 At higher elevations, we reached the fog and things became a bit more interesting. 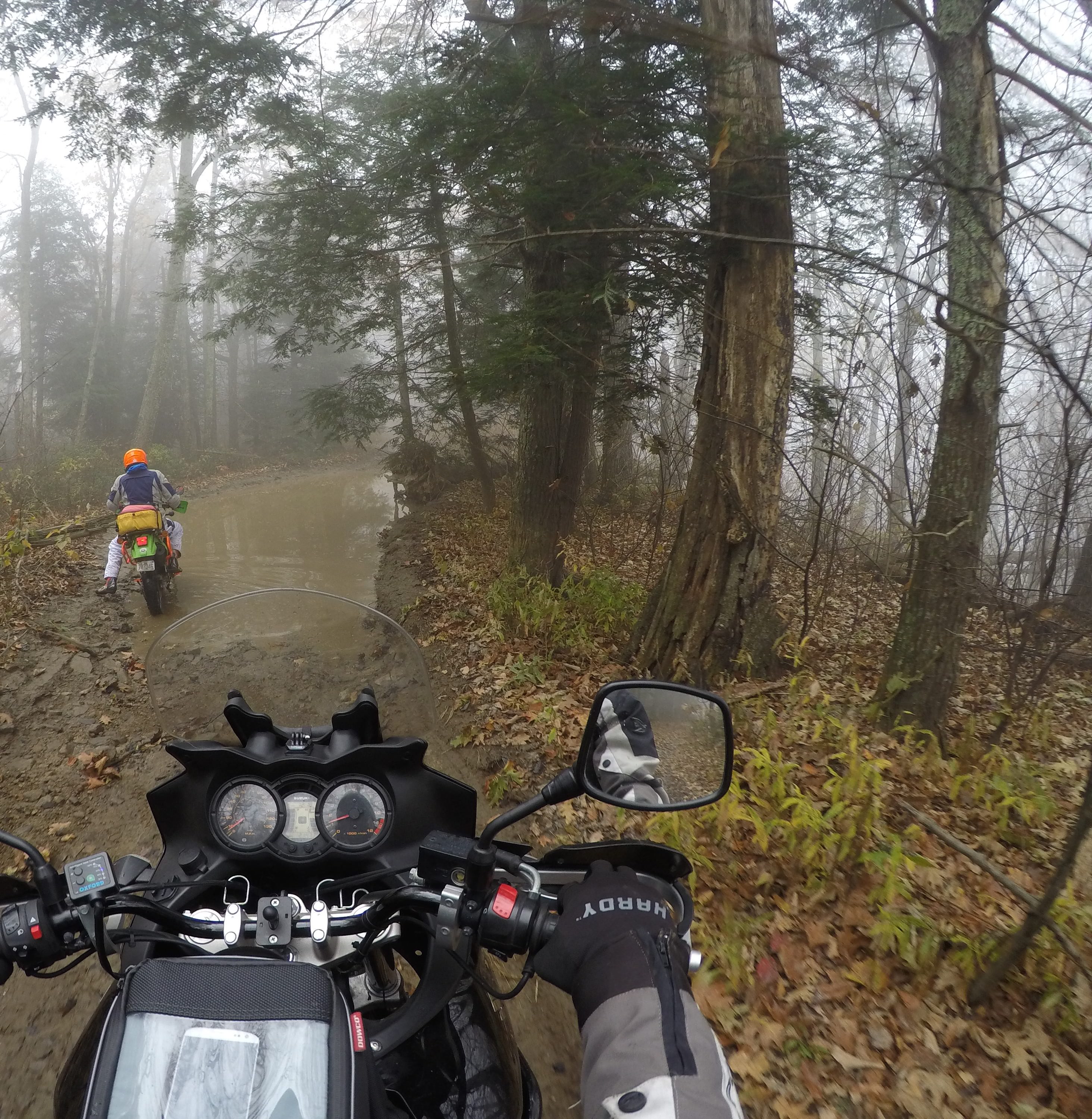 We didn't exactly prepare for this kind of riding. I had my 80/20 (road/offroad) tires on, and the front was nearly ready for retirement. 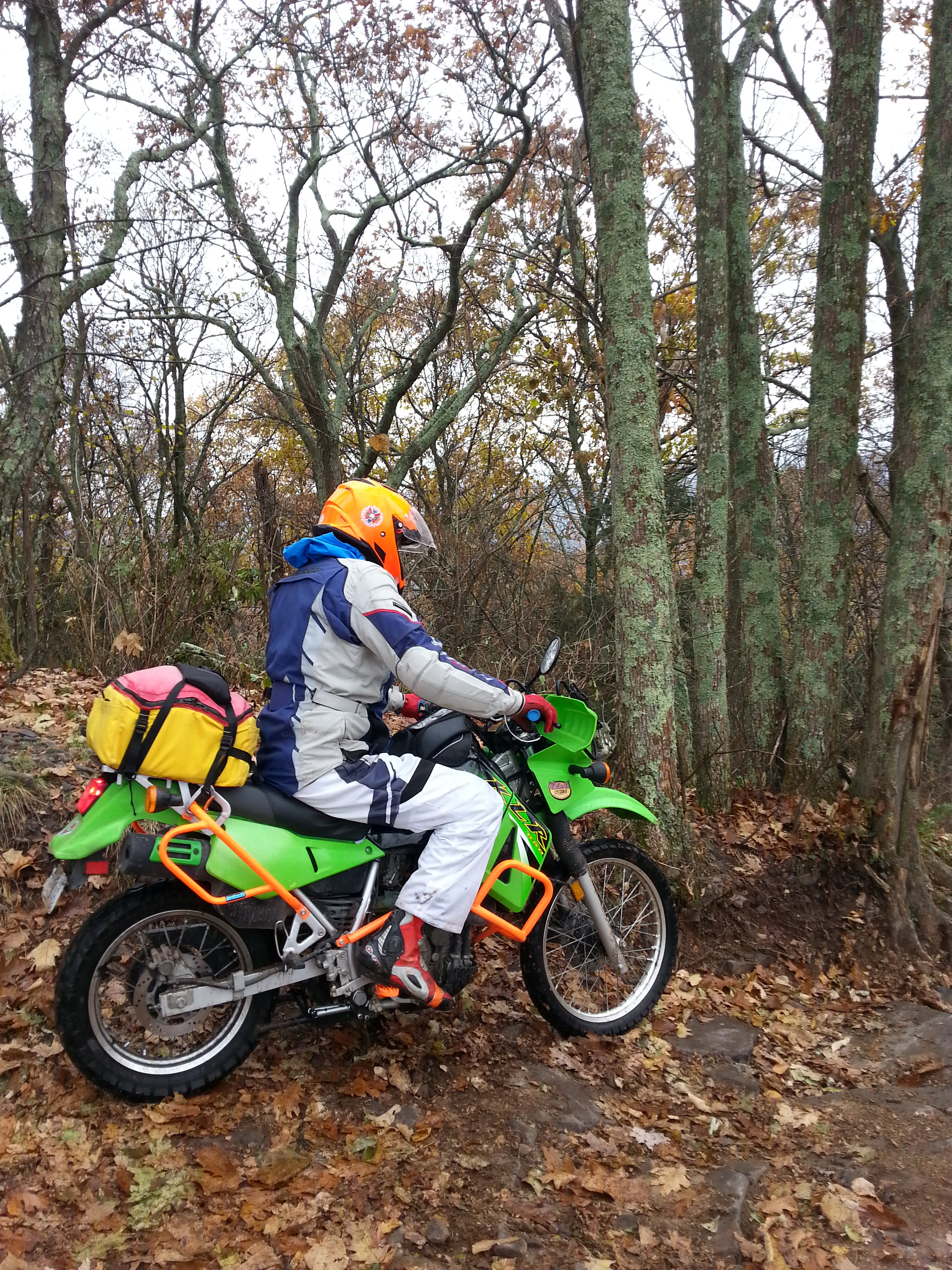 A few dents on the skid pans later, we reached the summit! 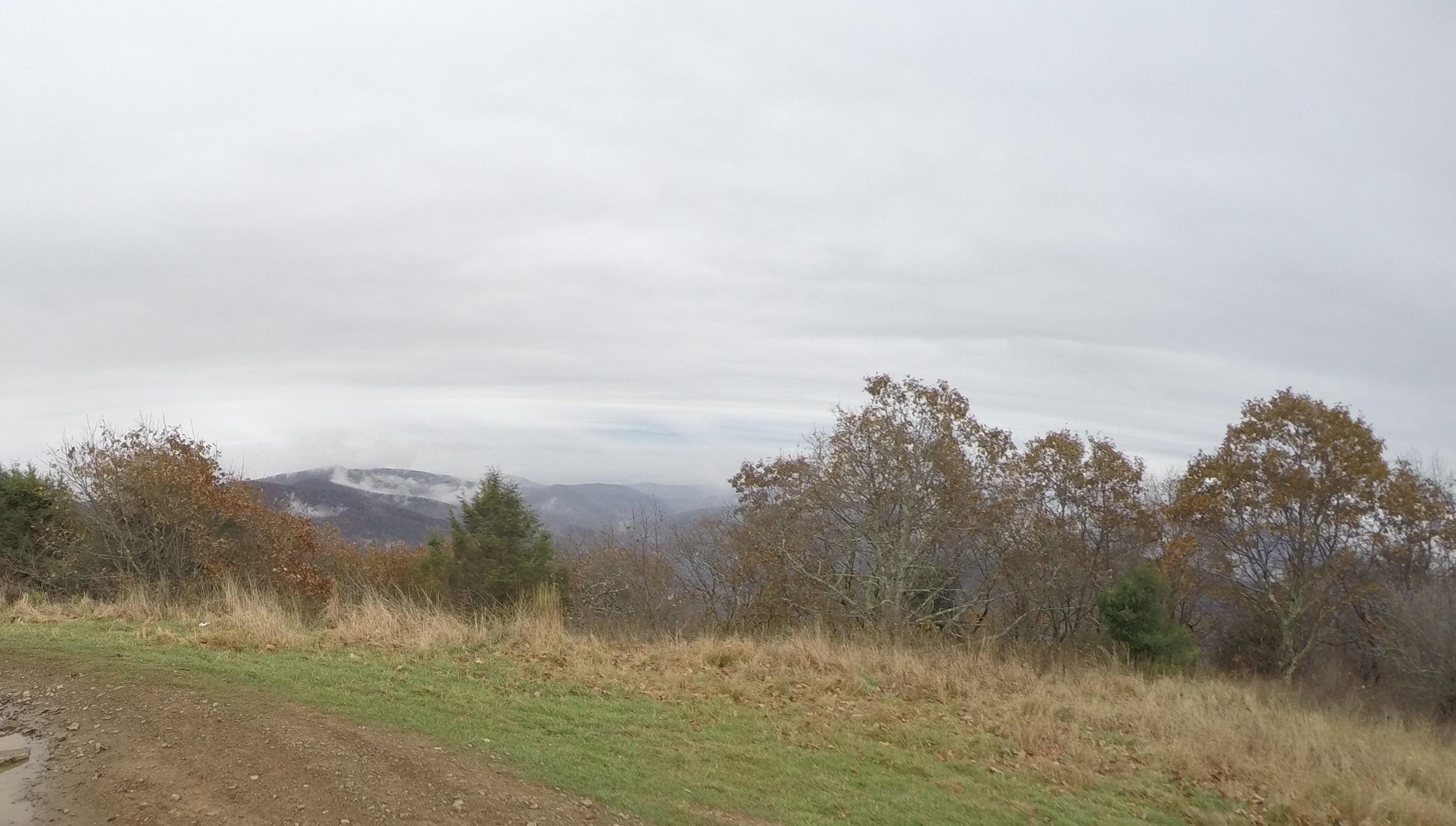 Just below the clearing, we started a fire to warm up a bit before continuing. 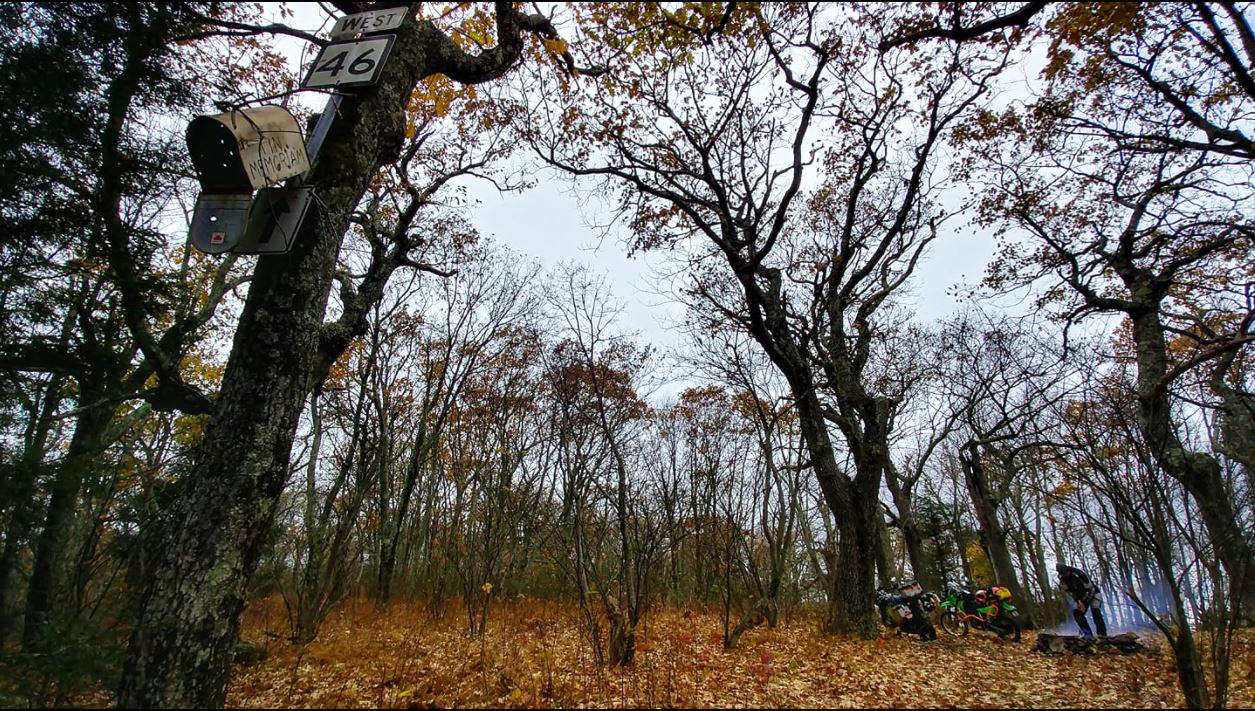 Eventually, the dense fog turned into rain. Fortunately we didn't have long before reaching a main road.

Once out of the woods, we headed south towards Charlottesville. I'd been meaning to stop by the Bike Factory of Charlottesville as they're the closest SCOTT dealer to me. Whit had to continue home to make it to a wedding while I talked shop with the guys at the bike store.

While I was in the shop, the rain intensified, leaving me no choice but to ride through the heavy downpour nearly the entire way to Richmond. Once home, I was shivering and exhausted, glad to be able to dry off finally.

Nearly every time I ride at Poor Farm Park, I find myself riding in circles. The area for trails has been reduced due to encroachment of Liberty Elementary and Patrick Henry High School, so it's become a small web of intersecting trails. With this in mind, I've been trying to plan my route ahead-of-time and am slowly teaching myself which turns to take and which to ignore. After each ride, I study my Strava route to see where I doubled back or repeated sections, improving the route each iteration.