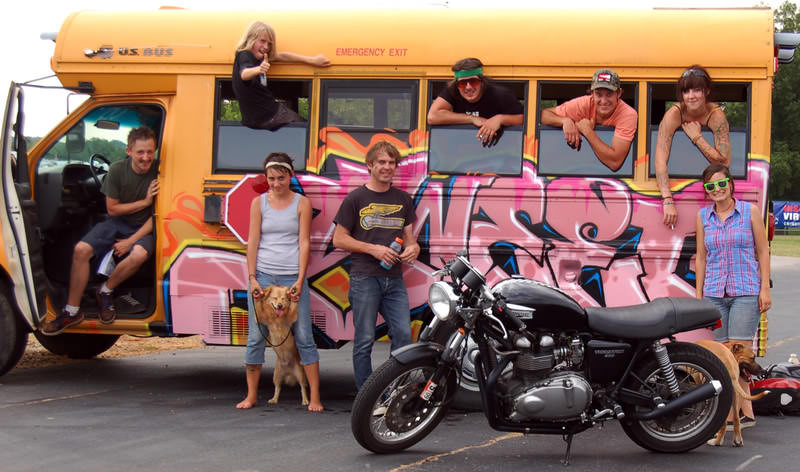 On Saturday morning we loaded up the bus for a drive to Alton, VA to see championship motorcycle racing at Virginia International Raceway. On the bus were Al, Justin, Landis, Shawn, Alec, Sarah, and myself. Joining us in her car, Elizabeth came for the event as a stop along the way to Monteagle, TN. Scott simply had to ride his Thruxton since this was, after all, a motorcycle event. 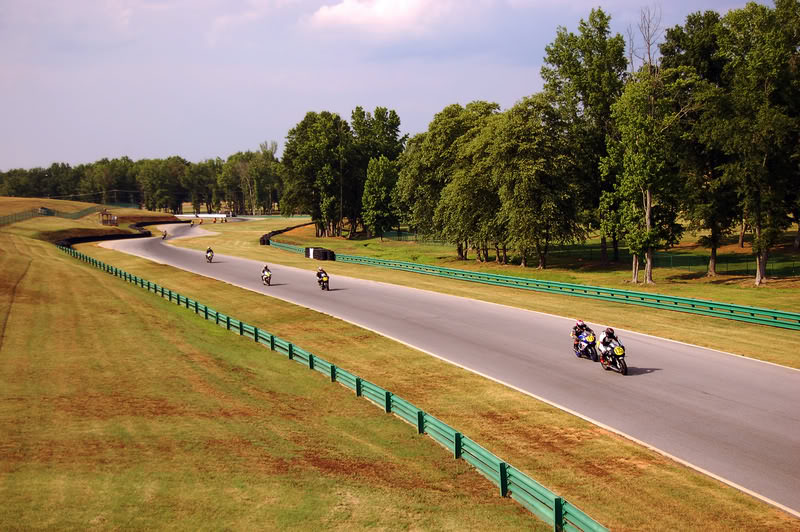 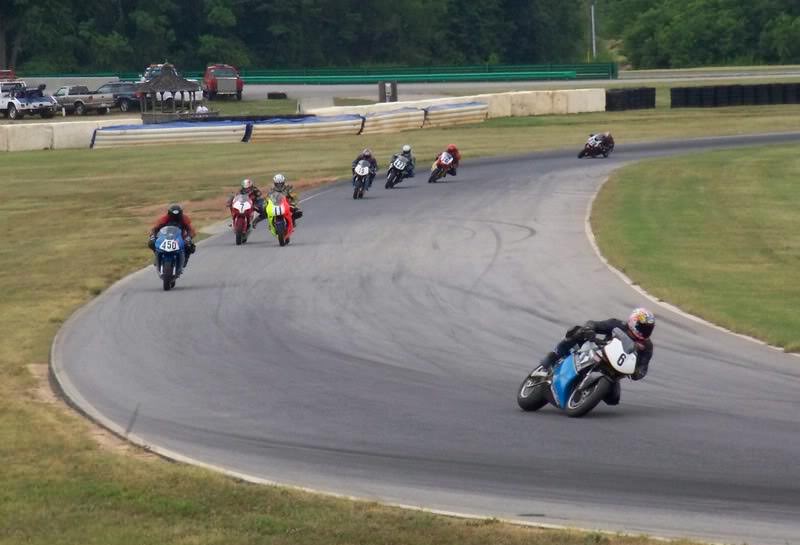 The drive was relaxed as we took 360 for nearly the entire trip. Scott offered to take Elizabeth on his Triumph at one of our stops and she absolutely had to ride on it for the rest of the weekend. Landis graciously volunteered to drive Elizabeth's car for her too. 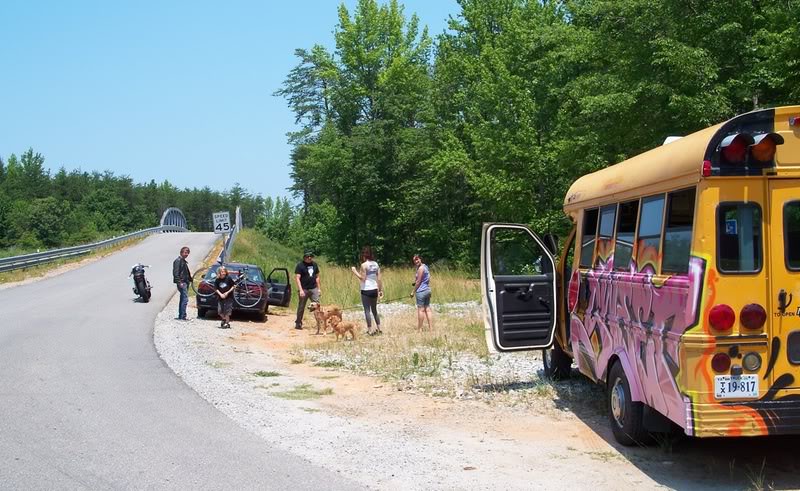 When we pulled into the parking lot and unloaded the bikes seemed all around us. The sound of engines revving and the smell of tires grabbing the turns immediately excited us. We walked to the main pit area and checked out some of the bikes on our way to a more secluded and relaxed spot. The best thing about VIR is that you can walk just about anywhere to watch the races. The track has a chainlink fence around it, but everywhere else is free to wander. We found a shady spot under some trees and watched as the bikes roared past. 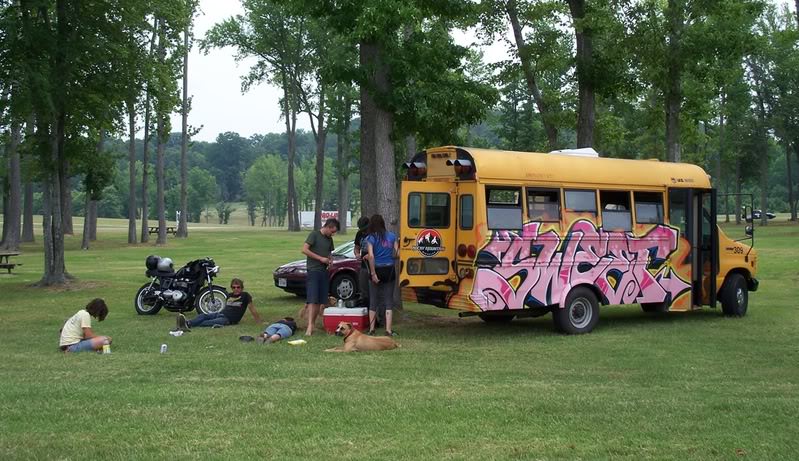 At the end of the day we drove to Al's Aunt's house a few miles from the track and fried catfish that he had caught the previous weekend. After a few more beers we all went to our sleeping bags and spent the night under the stars.

The next day we spotted a HUGE flea market on our way to the track and simply had to stop to check it out. There were all kinds of insane things to buy including guns, goats, and confederate flags to name a few. In any case, we found an even more secluded spot to watch the racing once back at VIR. For the remainder of the day we lounged around in the sun as the bikes flew past. I could go into more detail, but suffice to say that the trip ended wonderfully.
Posted by Dennis Throckmorton at 7:10 PM No comments:

Tubing on the James

We put together a last minute trip to the river last Saturday. Everything fell together and we were unloading the bus at Pony Pastures in no time. The water was cool and refreshing, the sun warm and bright. Our group consisted of five members: Jane, James, Adrian, Gabe, and myself. Our cooler was full to the brim when we hit the water, but nearly empty as we approached the nickel bridge. At the same time I spotted some kids playing in the water nearby and decided to paddle over to see what they were like. The rest of my group swam over and we all became acquainted in no time. Our new friends shared some box wine with us and solidified themselves as tight bro's. The rest of the trip was spent on the rocks and in the rapids as we finished every last drop of booze together. We followed our new pals out to the road and they drove me to the bus afterwards. They has actually noticed the SWEET-bus earlier that day and were stoked to receive lifetime invites to all of our trips. The day was a complete blast!
Posted by Dennis Throckmorton at 5:48 AM 1 comment: